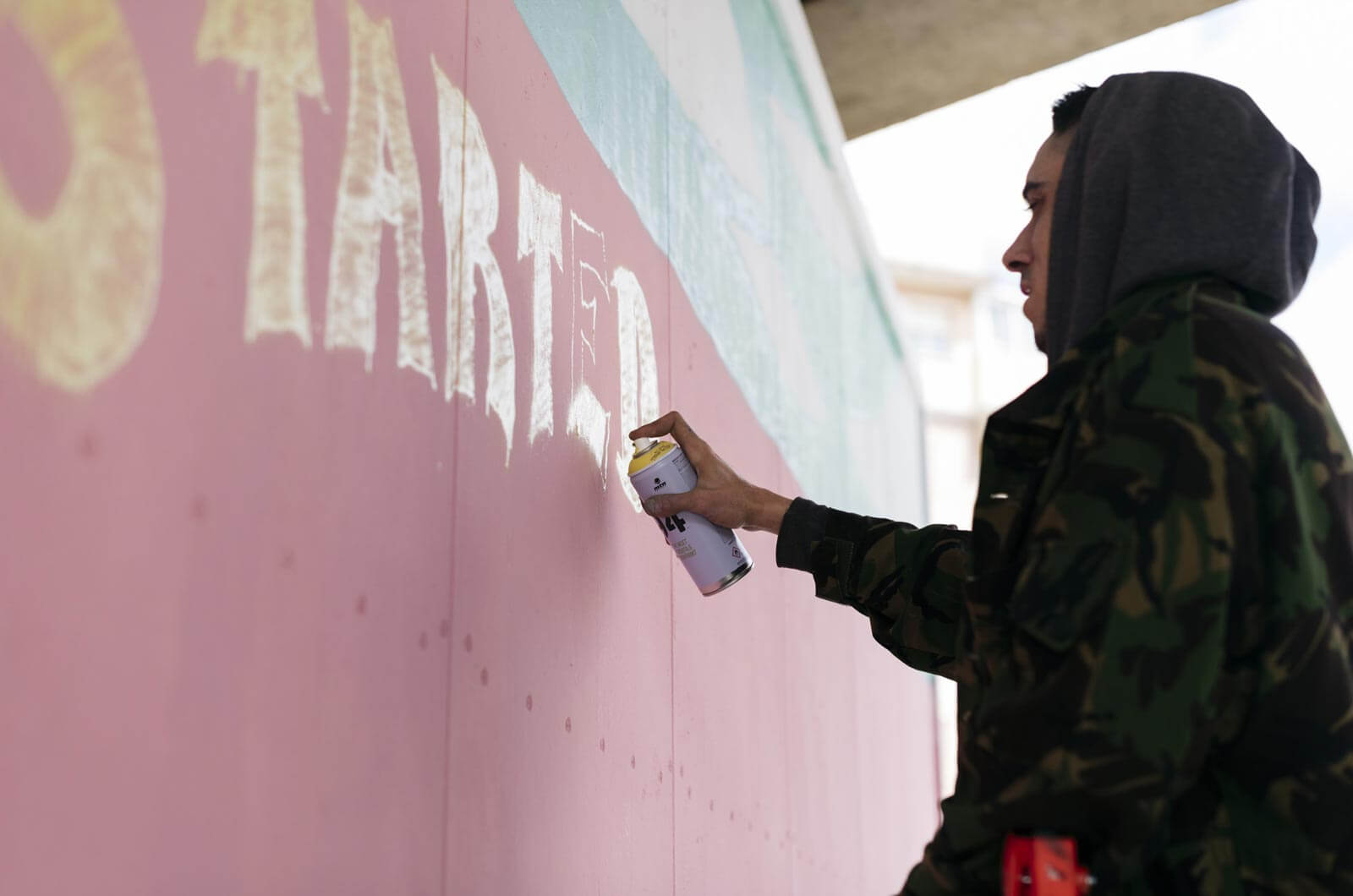 They are not Drake or Rihanna, they are Imon Boy and Dagoe and they participate in the latest edition of the 12 + 1 project in this episode organized in the Barcelona town of Sant Vicenç dels Horts.

As we saw in March of this year, the surface painted in the 12 + 1 Project in Sant Vicenç del Horts has a peculiarity. There are two facing walls of a bridge, an ideal setting to organize artistic battles, such as the one where we saw Musa against Siro. 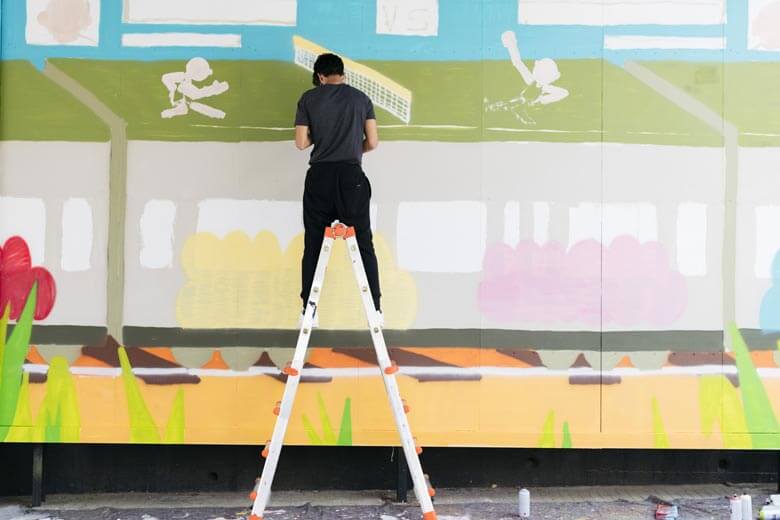 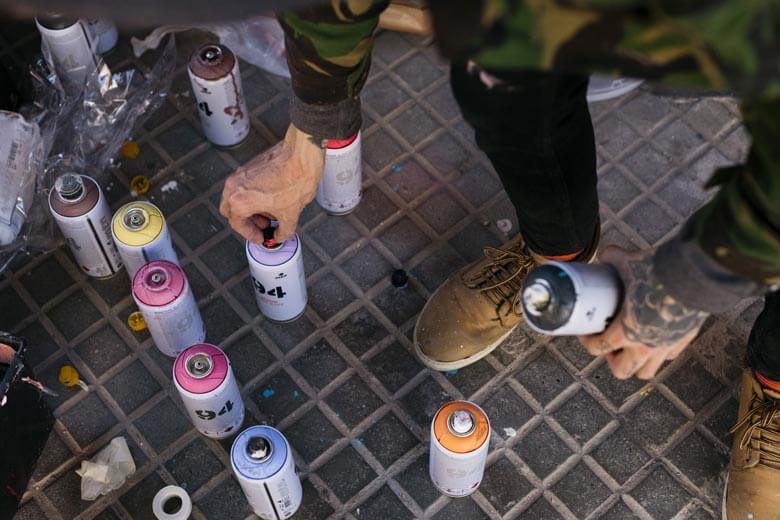 It did not seem easy to find an opponent who could play in a line equivalent to the work of Imon Boy, whose work is characterized by humor and a rather personal aesthetic. The fine vision of Contorno Urbano has chosen has chosen wisely to find a irreverent and ironic artist: Dagoe from Barcelona. The competition is close and, apparently, it seems its a tie… 0-0.
Pictures by Clara Antón. 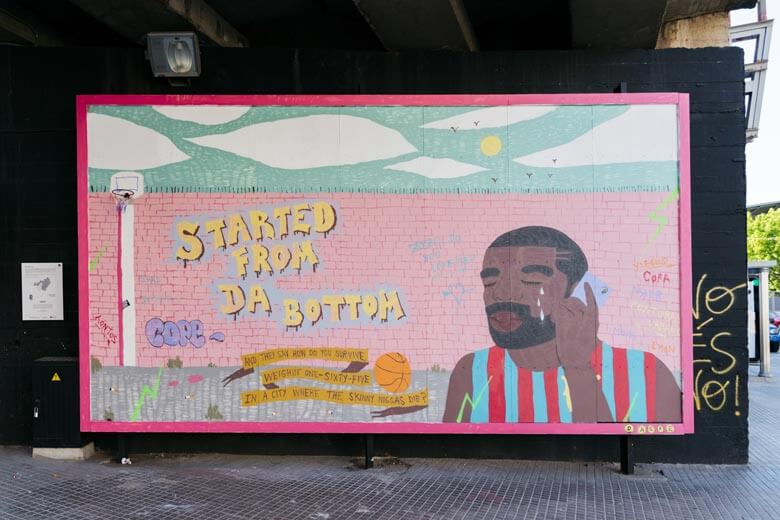 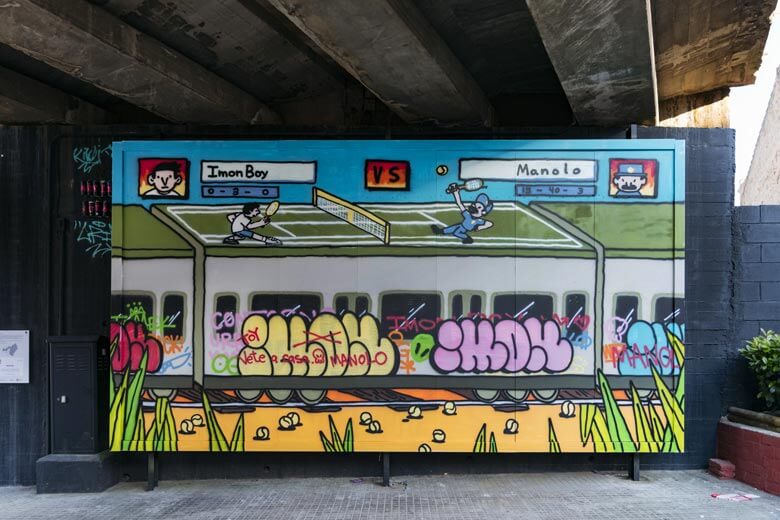