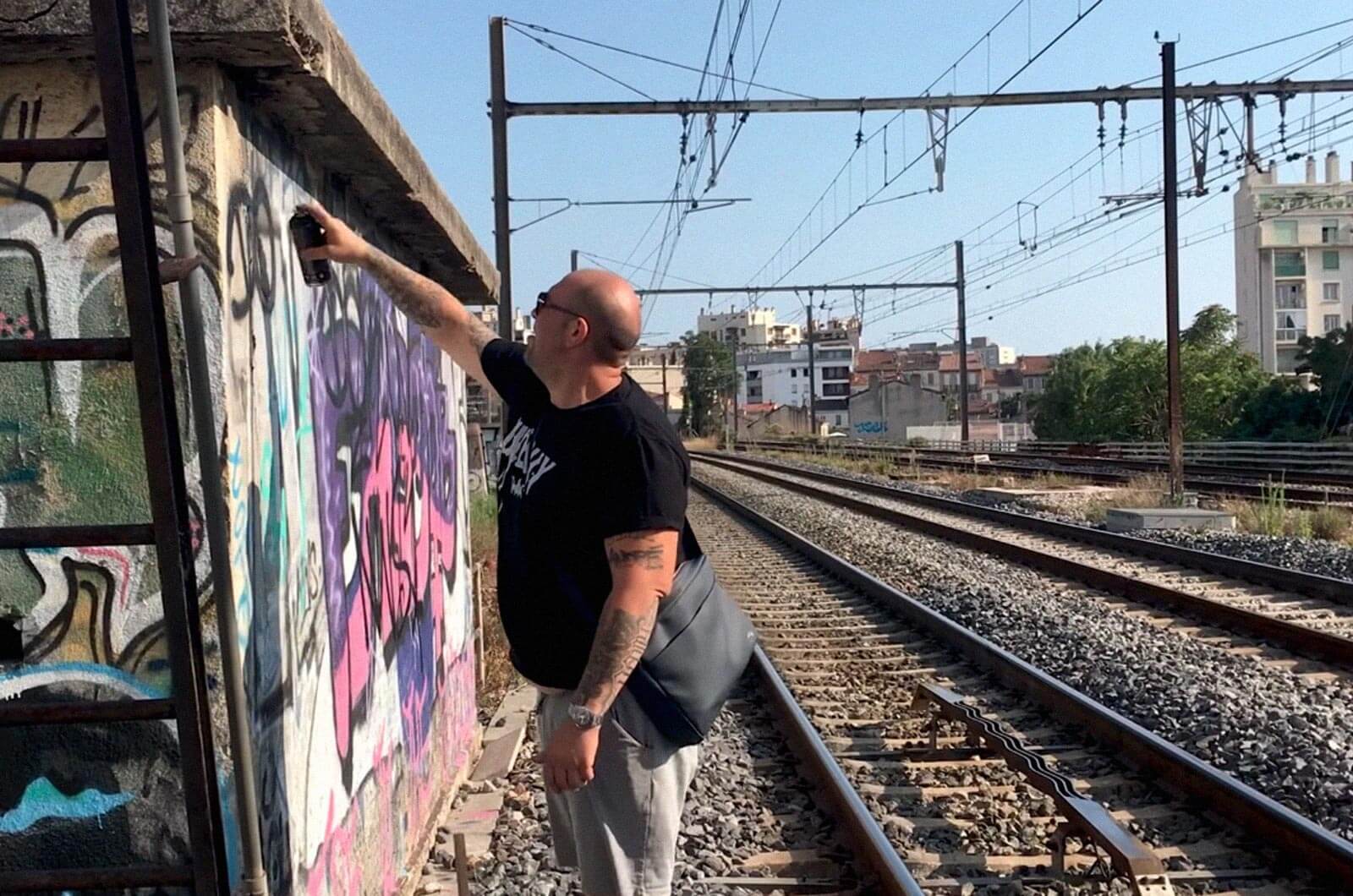 Writers 2 Banlieue presents a new episode from its ONEDAY series. On this occasion the UV and NWS crew member, Dok, is placed behind the camera lens during a daily tour of Marseille and its Montana Shop.

“Problems with the justice? Never for graffiti“

Dok is a Parisian writer who is part of the numerous crew of writers, “United Vandals”, also known as “Urban Vampires” or “Ultra Violents”. Having been based in Marseille for years, the Mediterranean capital of the French-speaking country, his professional dedication to the art world doesn’t prevent him from being an active writer on the streets. Writers 2 Banlieue wanted to document a day of graffiti by his side: a video full of tags, throw ups and pieces in broad daylight, accompanied by some very intimate statements by this writer.