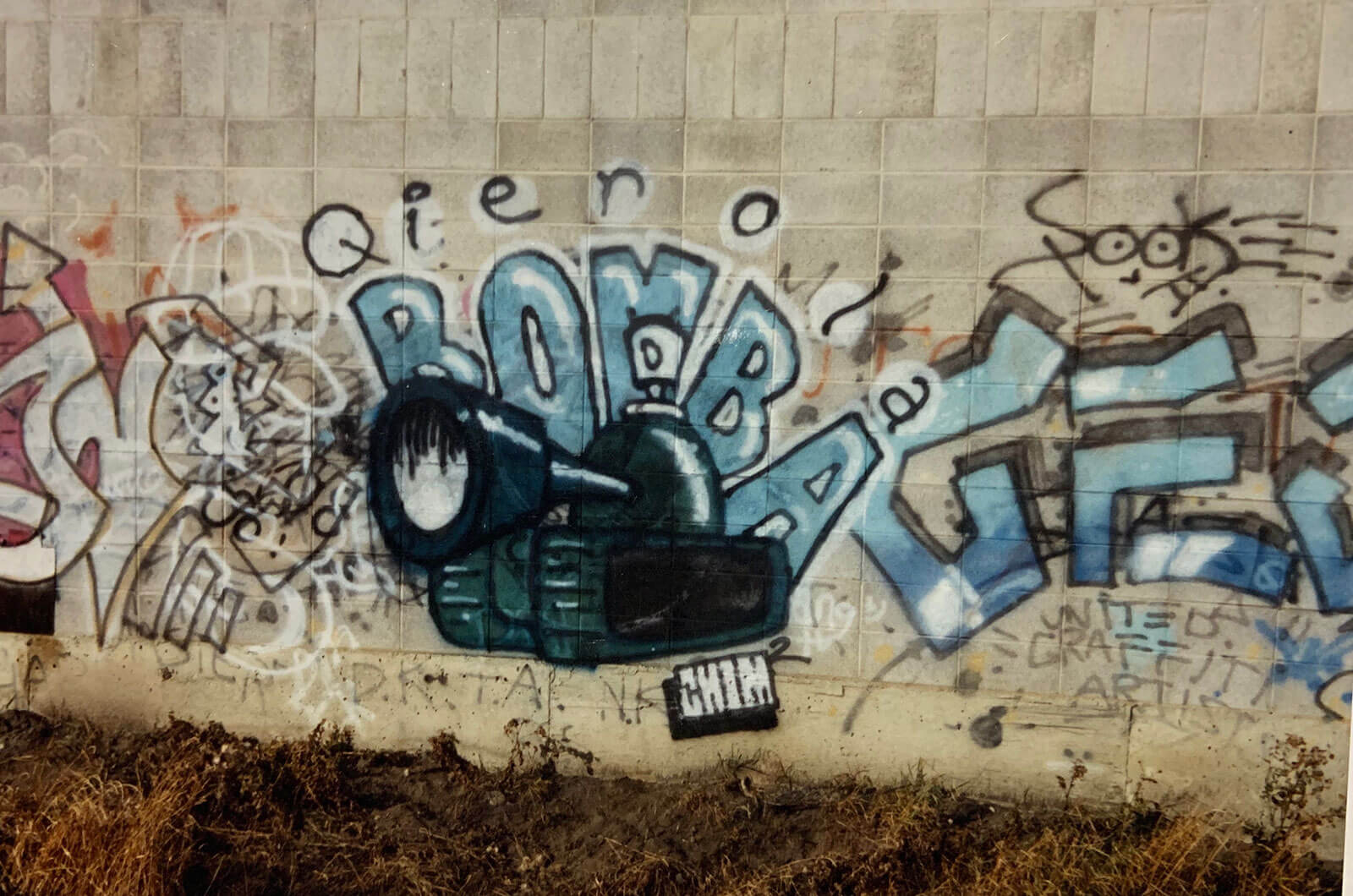 Have you ever heard this phrase: “who does not know the past is condemned to repeat it”.  Normally it is used as a reflection on a negative event that could have been avoided knowing the history that precedes us.

Here this is the case, knowing the origin and history of graffiti of a certain city helps us to compose the puzzle of the international scene better and with more data. Today we approach Edmonton, the capital of the province of Alberta, known as “the festival city”, to learn about its history.
Curly and his partner Annaliza are responsible for the Rust Magic festival, focused on maintaining the history of graffiti and urban art in the city and it is he who answers our questions. 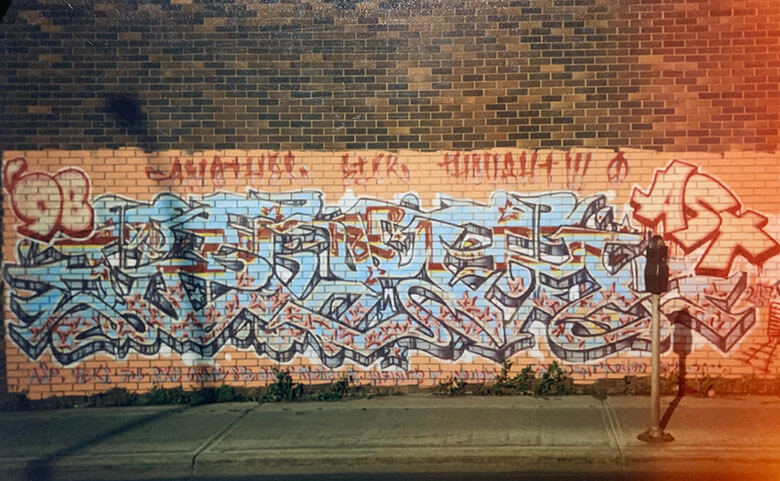 Curly, what can you tell us about the origins of graffiti in your city?

Edmonton’s graffiti scene dates back to the mid-80s when boys like Geo and Lizard King were up. According to Lizard King, since Edmonton was far from New York, Beat Street, Subway Art and Style Wars were the only influences for the writers, along with the comic book stores that brought Vaughn Bode and Heavy Metal Magazine.
Lizard King will always be remembered for his pieces along the lines of the LRT train, which includes an incredible production of the movie Fantasia con Mickey that lasted almost 30 years until the city decided to erase it and replace it with something not so epic.
There was a period of drought until the early 1990s, when some children left the underground party scene and began to sign and paint on bridges and tunnels. In 1993 there was a writer named Dolly who was the best and the most lively. She painted many incredible characters of Bode-esque style and was the first real writer I met in Edmonton. There was also street art, for example Starboy who was spraying large illegal murals during those years.
In ’97 Dabs1 of Montreal and Kane of Toronto moved to Edmonton and that was when the real wave of New York-style writing began. From 1997 to 2000, the writers you could see on the streets were Dabs 1, Kane, Plas, also known as Curly, Jams, Land, Echo and Nace RA among others.  This is when the bombing began on the street and in Edmonton’s commercial center. The first places that were often painted were the Highlevel Bridge and the underground tram tunnel in Old Strathcona. 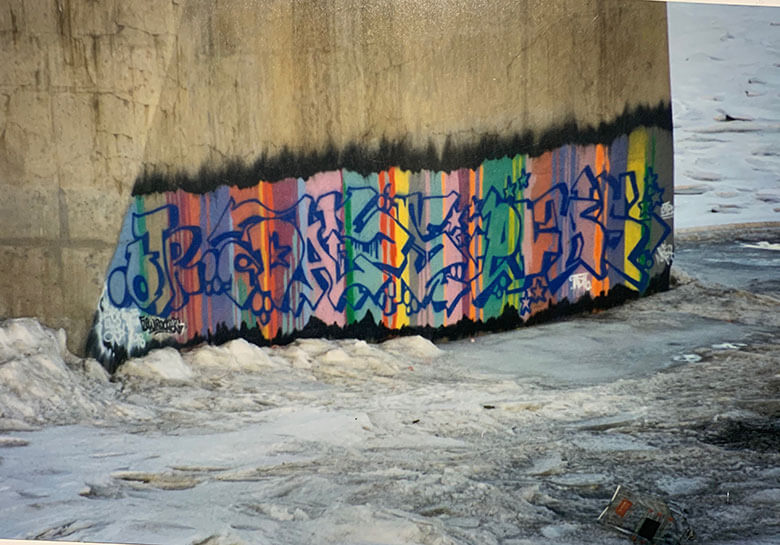 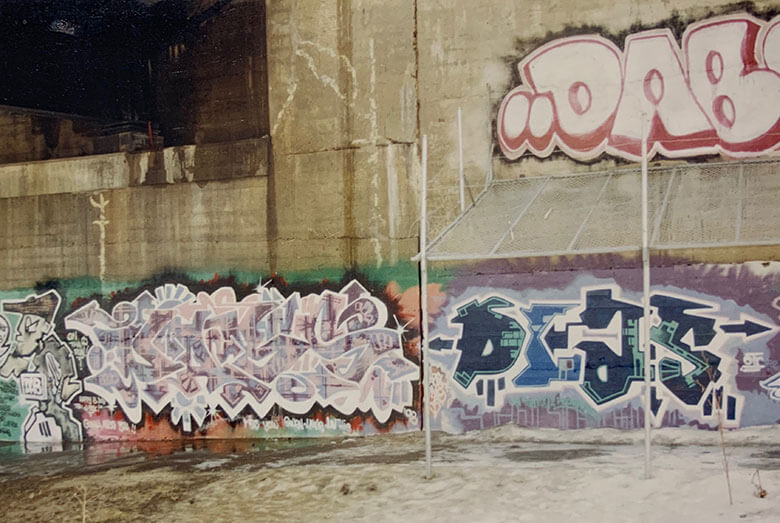 ‘There was a period of drought until the early 1990s, when some children left the underground party scene and began to sign and paint on bridges and tunnels.’

What made the scene grow and what ended it?

One of the real factors that killed the scene was the ban on underground raves that were closed by the authorities due to a series of drug-related setbacks. Although most writers came from hip hop, the warehouses were meeting places for writers and b-boys in Edmonton. Different groups of writers and b-boys from all over Canada came to these parties to battle. Culture was built organically in this way. But it definitely stopped when these parties were banned. This, together with that writers like Dabs and Kane went east, had a great impact and the scene declined in the early 2000s.
One of the biggest consequences of the ban was that it left no room for creative young people to organize and build something together. Another real problem that affected the scene was an initiative throughout the city to erase all the graffiti murals in 2009, and that was when the mural of Lizard King was erased. 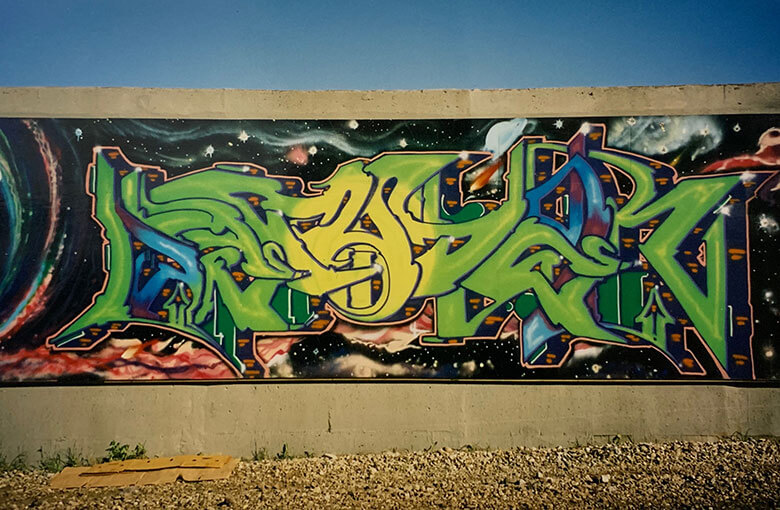 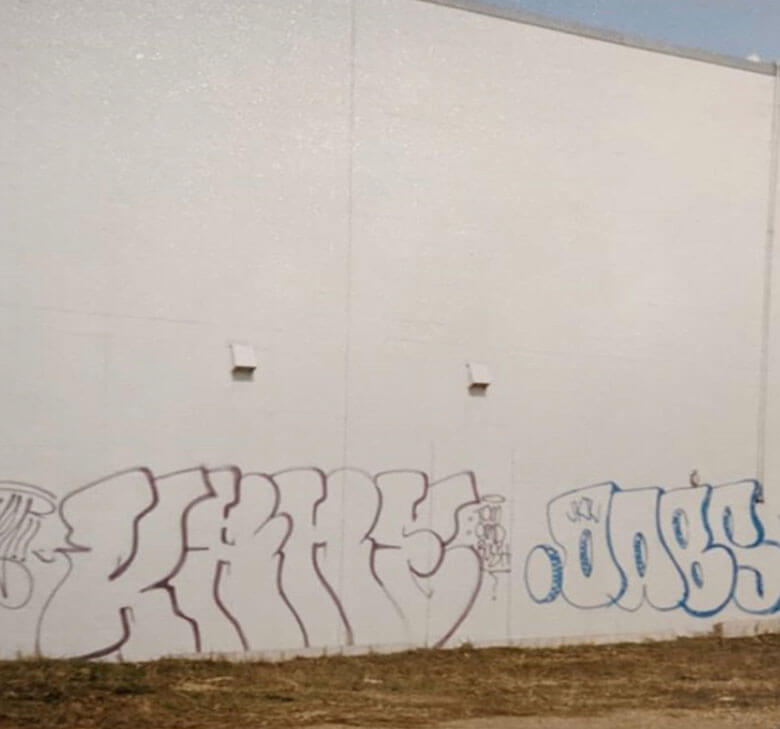 ‘Different groups of writers and b-boys from all over Canada came to these parties to battle. Culture was built organically in this way.’

What happened after that with the writers: disappeared or moved?

At that time, many moved to other cities in search of a better scene. The most common was to move to Vancouver, Toronto or Montreal. As I mentioned before, both Kane and Dabs returned east to Toronto and Montreal. I also moved: in 2000 I moved to Taiwan with Dabs1 and stayed there until 2006, but that’s another story. When we arrived in Taiwan, graffiti was almost non-existent, now the scene is thriving.

And now, what has made the scene reborn in your opinion?

When I returned to Edmonton there were definitely more kids painting. New writers like Demer, Gravy, Rast and Broke were active, so they helped boost the scene. The Internet had already emerged so that access to photos and information was readily available and there were people in all forums, such as 12oz Prophet who shared photos, etc. This is how we received information about what was happening in other places. In addition to this, the city designated a wall in the center of the city where writers could paint. This helped the scene a bit, at least a small group of writers could settle there. This place is still painted often, but it is a bit shabby, because it is not one of the best walls. 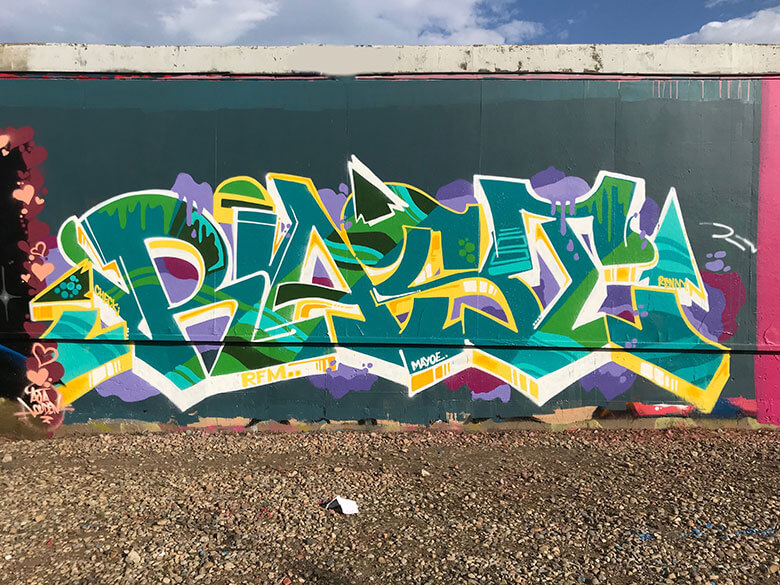 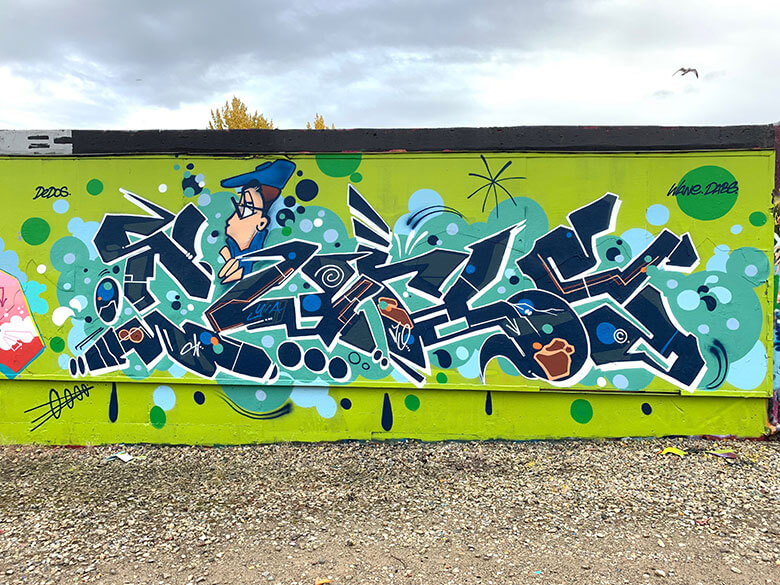 What characterizes Edmonton in front of other important cities of Canada, like Montreal, Toronto…?  What role does Rust Magic play in the growth of culture?

Well, everyone knows we have cold winters, that’s for sure. Edmonton is a perfect place for a small and powerful scene to appear. Unlike Montreal, Toronto or even Vancouver, where they have deeper roots in the game, there are many walls in Edmonton and the city is not saturated with graffiti. Thus, the idea with Rust Magic was to provide walls to local and international influential writers to generate a good scene and also change the local perception of the culture before the city ruins it further.  Unfortunately, the city made it very difficult for writers like me to keep busy doing graffiti-based commissions on the exterior walls, so the aim of the festival is to influence a younger generation of artists and give existing ones a platform to continue working.  One of our norms is that artists gain total creative control, in this way, artists paint a more meaningful work and are free to progress in their careers. We know that the best work is achieved in this way. We really just want to produce amazing pieces and murals so that children realize they can build on these concepts and grow the scene. That is the idea and, I hope it works. 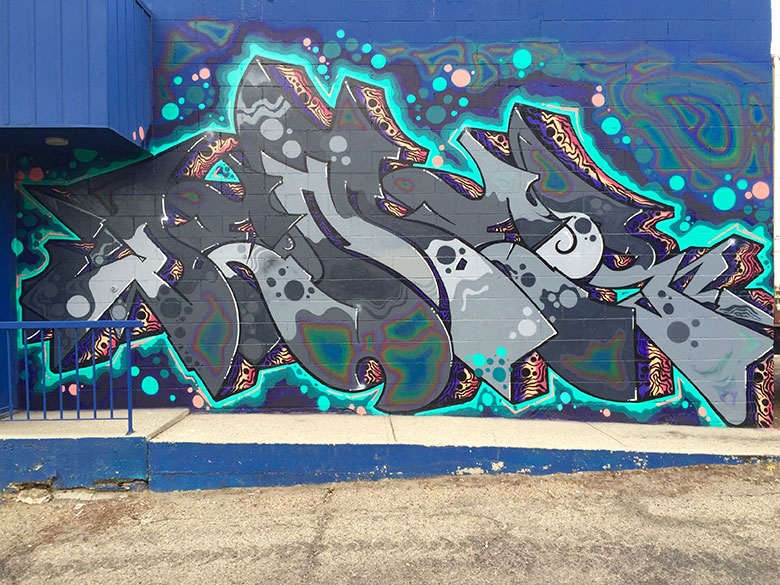 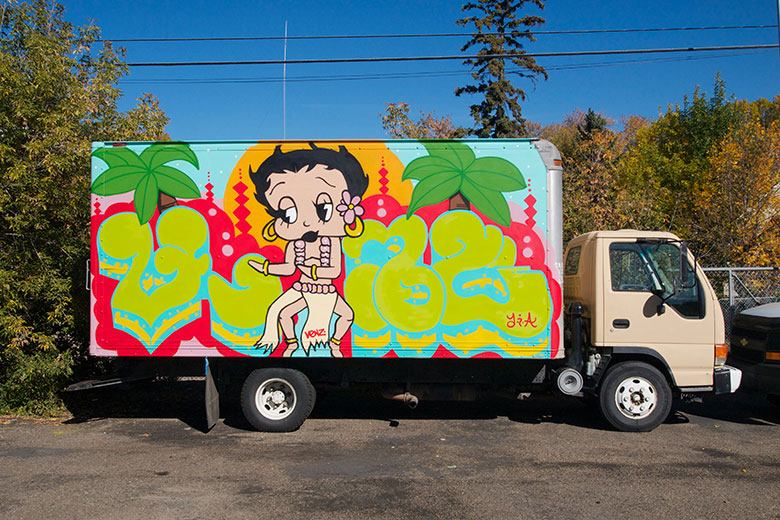 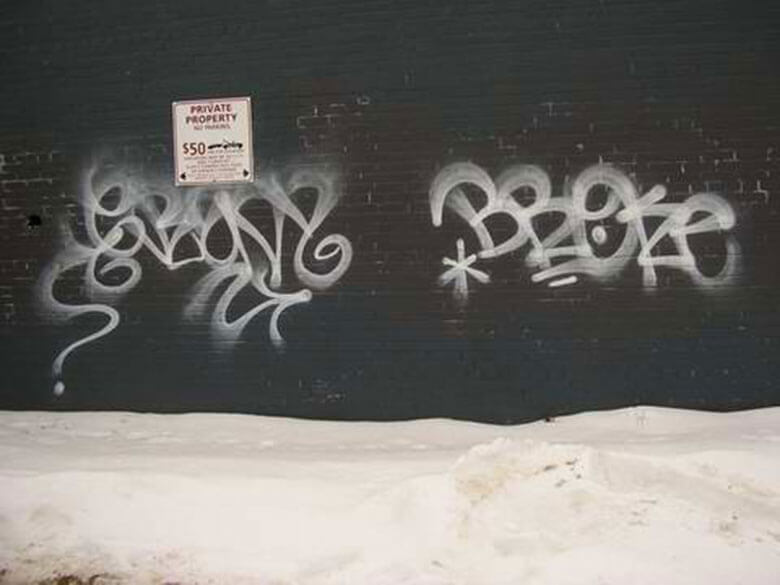 How do you see the future?

The future for us is to continue selecting interesting emerging events that eventually reach other cities but without limiting ourselves to the structure of the mural festival. We are very involved in selecting and gathering artists that stand out to explore new styles and new techniques.
We are currently working on some unique situations that will take us to other places in the world where we can continue to collaborate with more artists. It is also very important for us to keep history alive, so we are always willing to work on projects with pioneers where inheritance is prime because, in some way, we feel that today’s children really do not understand the importance of knowing the origins, so we hand it over to them. Since we started Rust Magic, one of our goals was to work with the legends of graffiti culture. Wane, Stash and Mare have given excellent lectures at our festival sharing knowledge and knowledge about the culture, so we definitely want to continue doing that. 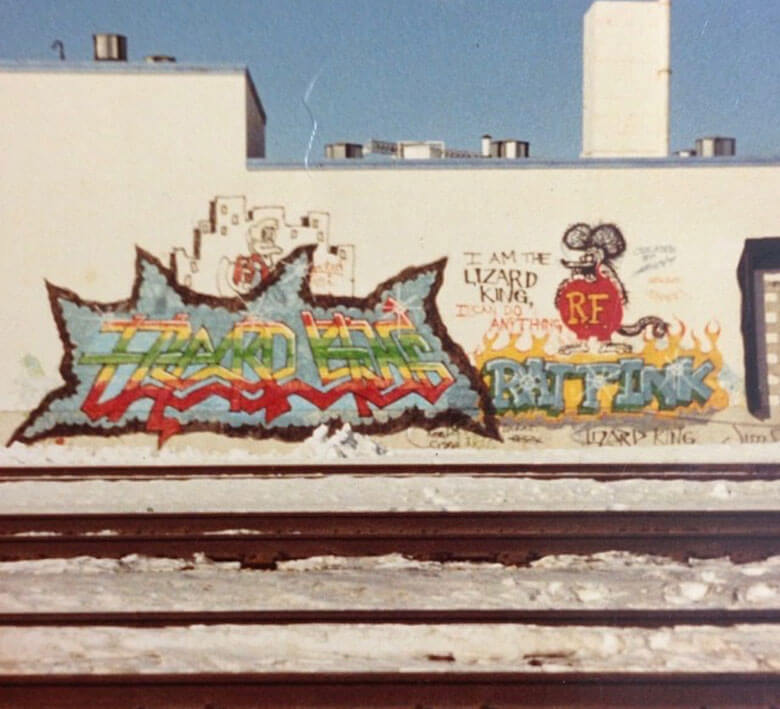 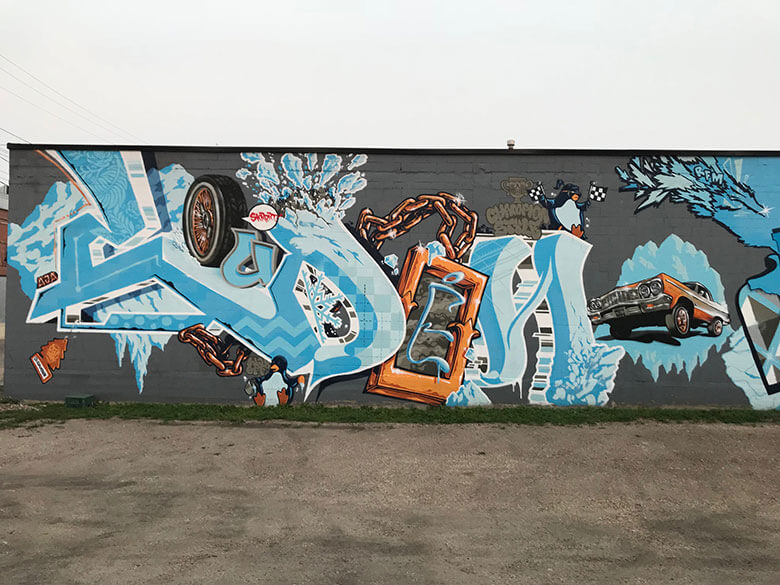 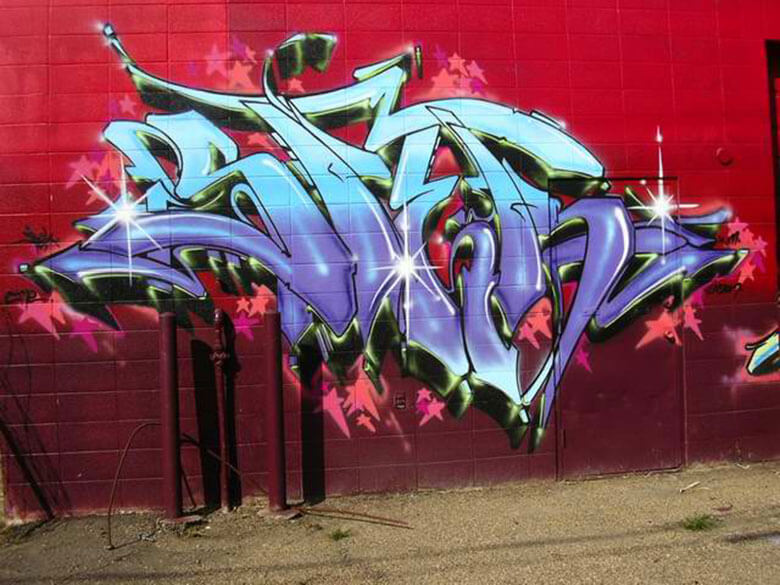