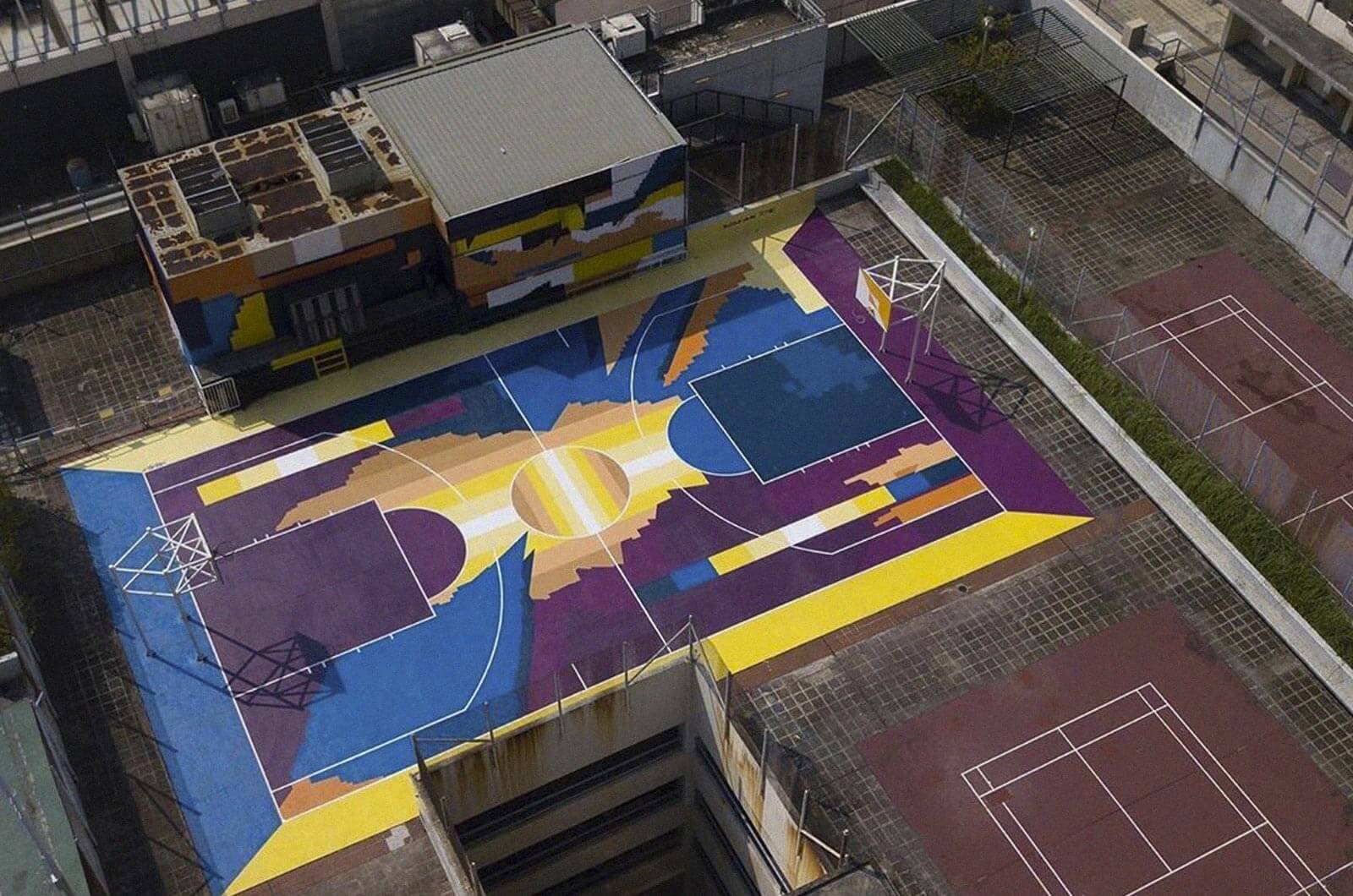 The pixel king turns a basketball court into a gigantic artwork. The action is part of the PROJECT MOVEMENT, a project developed in Hong Kong and Asia.

Since Ill-Studio intervened the sports facility on Duperré Street, this type of space has become a great medium on which to capture the creativity of artists and share it with the community. The Kaws Court in New York or the Gue Court in Alexandria are examples that have continued with this interesting form of public space interventions whose only condition is to respect the rules of the space.

This fashion seems to have reached the east through the PROJECT MOVEMENT, a program developed by the SWL store-gallery that aims to transform neighborhoods through the impact of the work of different artists in large format. The project also offers an opportunity for the artists involved to generate a great impact in both Hong Kong and Asia, combining art and sport. 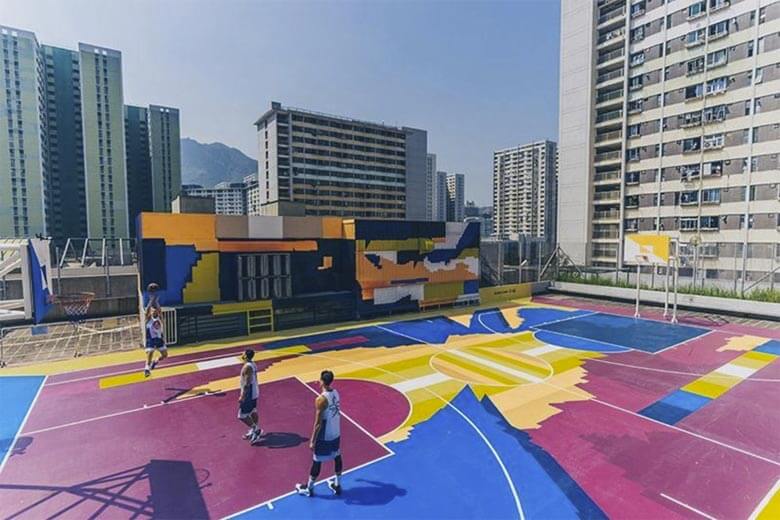 Xeme, which has become one of the most famous writers in China, has adapted his geometric and pixel style to the scene by using a suggestive abstract representation. The piece, which leaves horizontality to extend the walls, enjoys an exceptional result. 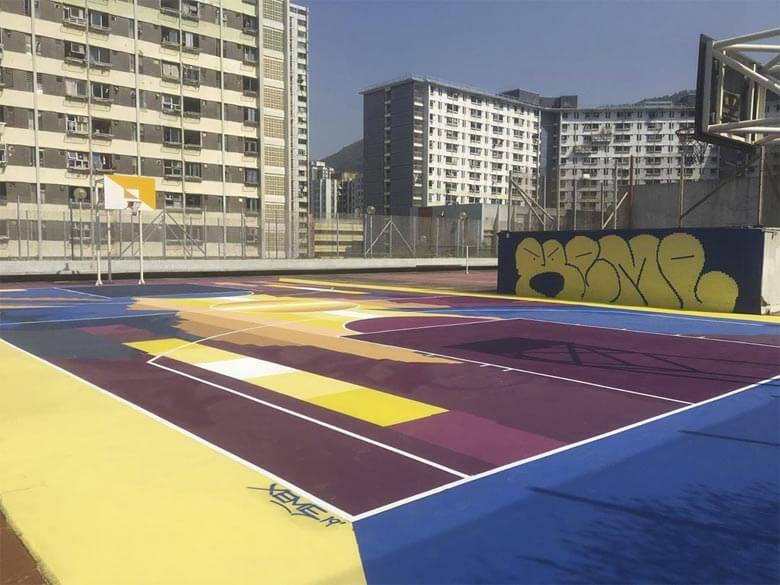 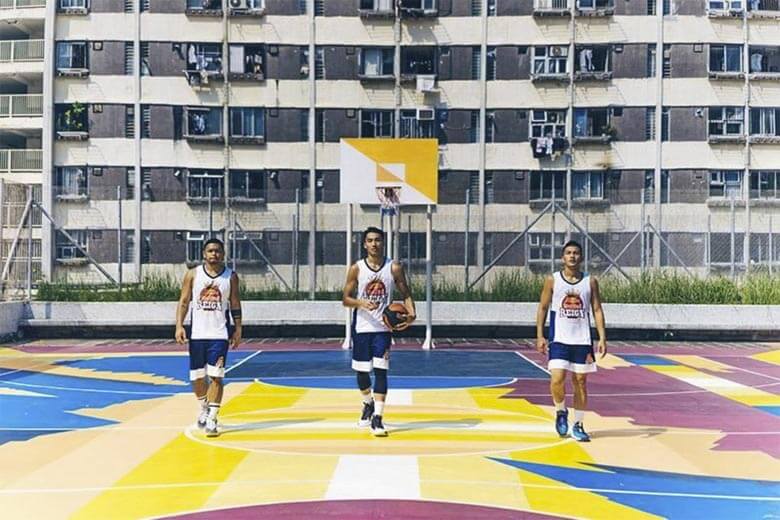 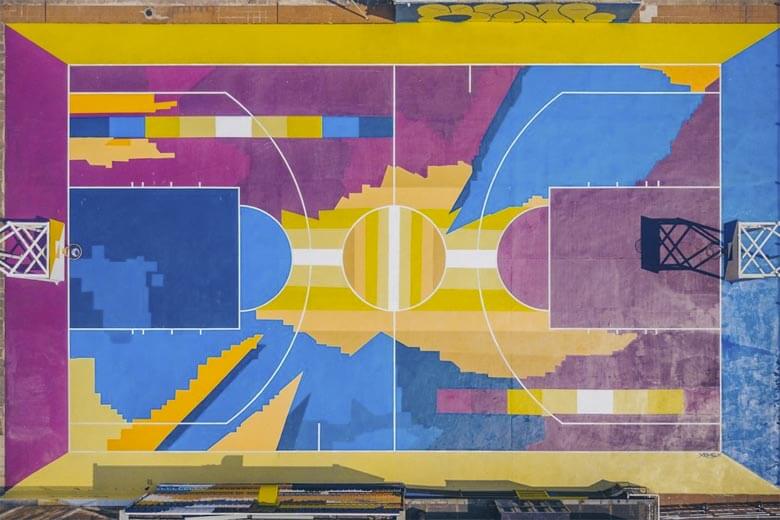