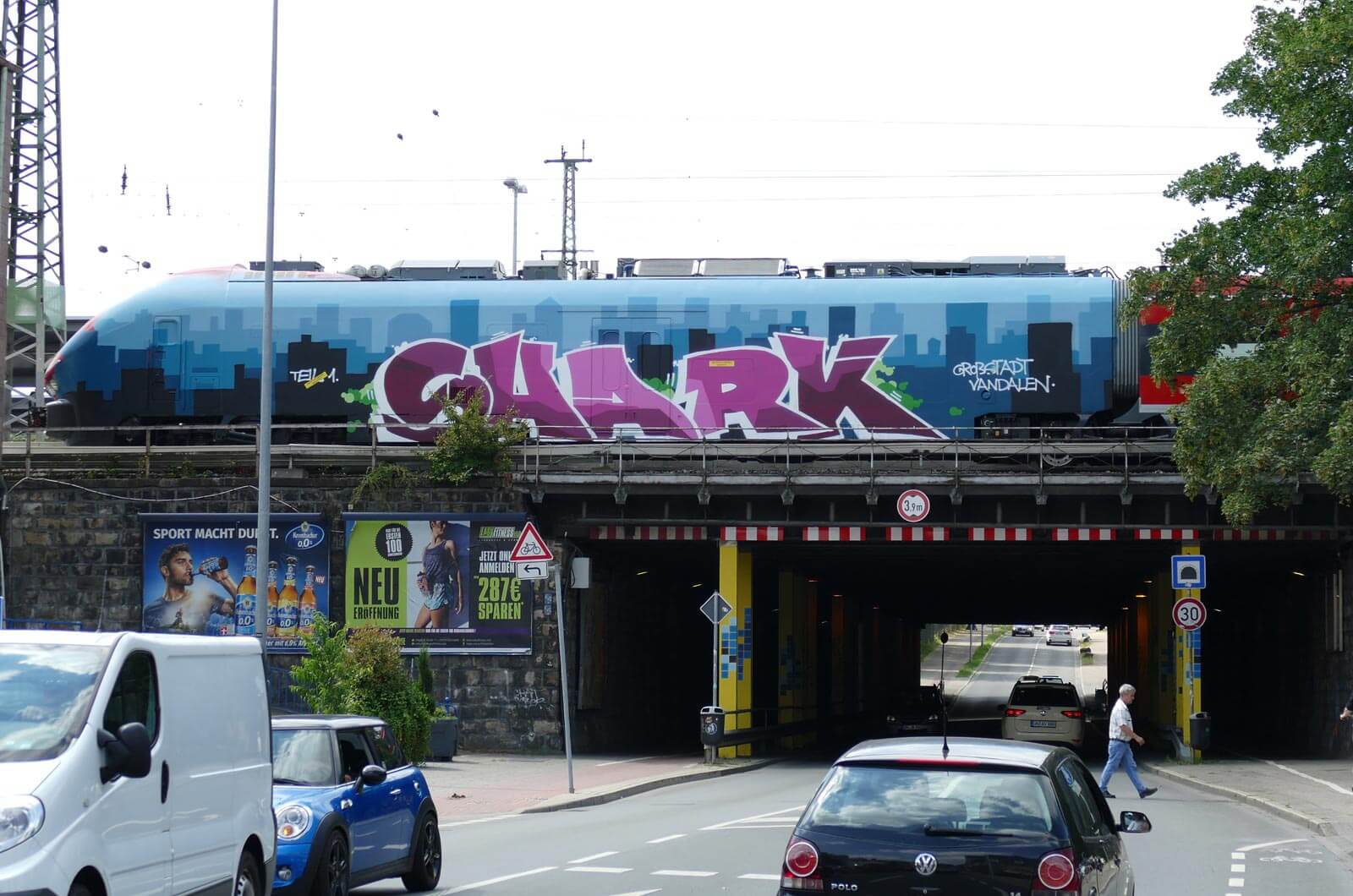 Veteran writer Shark TUF is without doubt a perfect target for our Three Aces section. So this post is also a perfect moment to explain in detail the idea behind “Big City Vandals”, the three impressive one-man wholecars he has recently made.

”After some whole cars with T2B letters, I thought about doing a traditional New York whole car with window down letters and a T2B background. I decided to do a skyline but wasn’t really sure of what kind. After some research, I found some really nice ones and couldn’t decide which to take, so I had the idea of doing all of them in a trilogy. 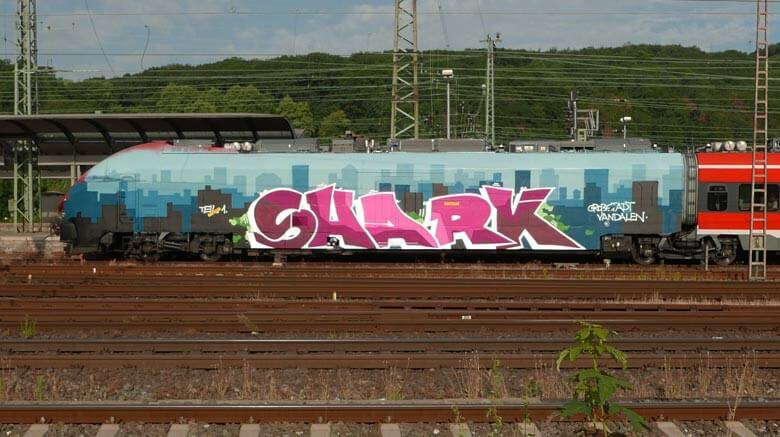 First of all, I took the hazy morning skyline and put a big piece underneath. The pale turquoise made a good contrast to the pink fill-in and it worked out as I wanted it to. 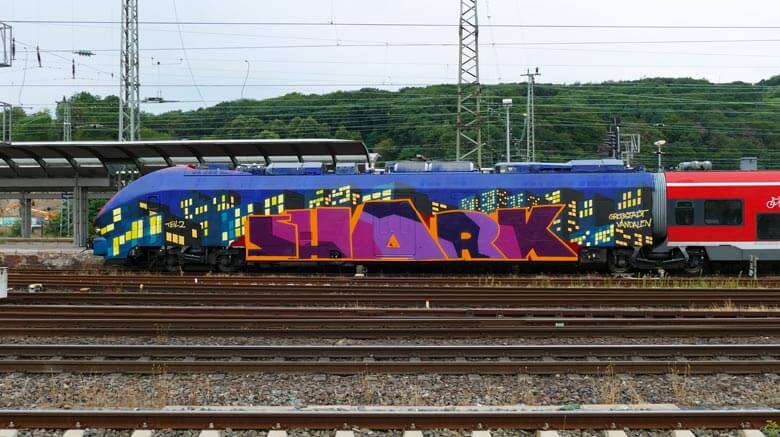 After I did the first one, it was time for the night skyline. I took two different shades of turquoise for the dark buildings and, all together, five colors for the windows. The block letters gave it a kind of Beat Street flavor, which reminds me very much of the 80s and my first days of graffiti. 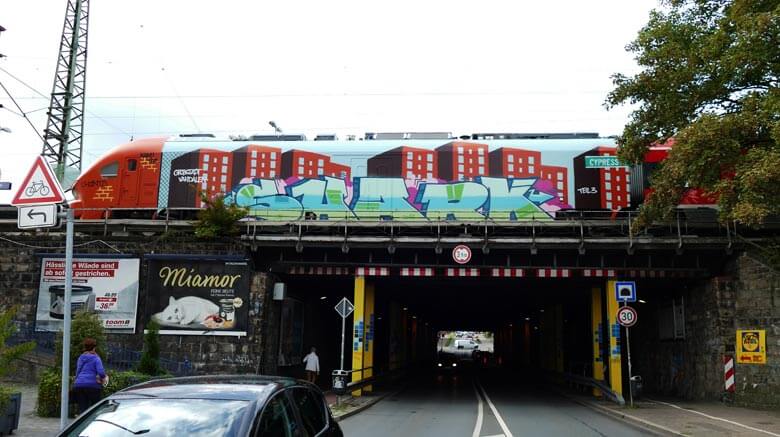 The last whole car was the most personal one. I had to do an homage to my time in New York in 1993. We stayed at Kami’s place on Cypress Avenue in the legendary South Bronx, next to the Millbrook projects. He and Sento took me to the Concourse Yard, where we did a red subway and had to leave pretty fast. We climbed up to the elevated tracks and I had to pull myself up between the third rail and the tracks, which wasn’t really a great experience. But all together, I really had a good time and am still grateful to Kami for everything. This whole car was for the great days at Cypress Avenue and a dedication to my friend Kami.”