“BUSHFIRE BRANDALISM”, ARTISTS AGAINST THE CLIMATE CRISIS IN AUSTRALIA 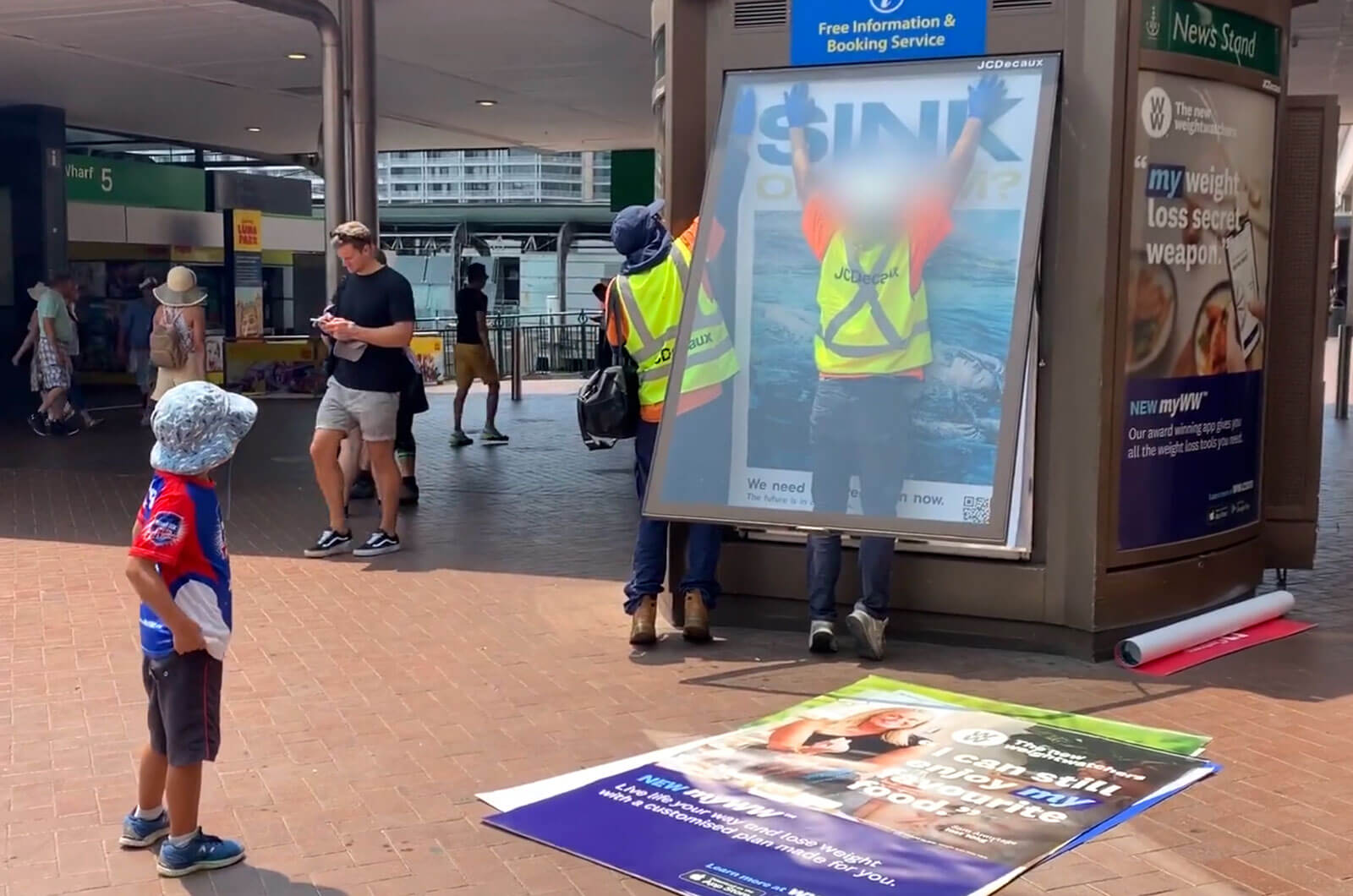 To denounce the lack of media coverage and the little care that the Australian government puts into cutting the climate crisis, 41 Artists, creatives and volunteers have created an initiative called Bushfire Brandalism.

‘The dangers of climate change are no longer dystopian prophecies about the future.’

That and other similar phrases are the ones that come to mind when we read, see or suffer directly from the effects of the climate crisis facing humanity and the entire planet. In every part of the globe people deal with situations that are close to catastrophy as a result of conservative policies and consumption habits that attack ecosystems by reducing or destroying them. 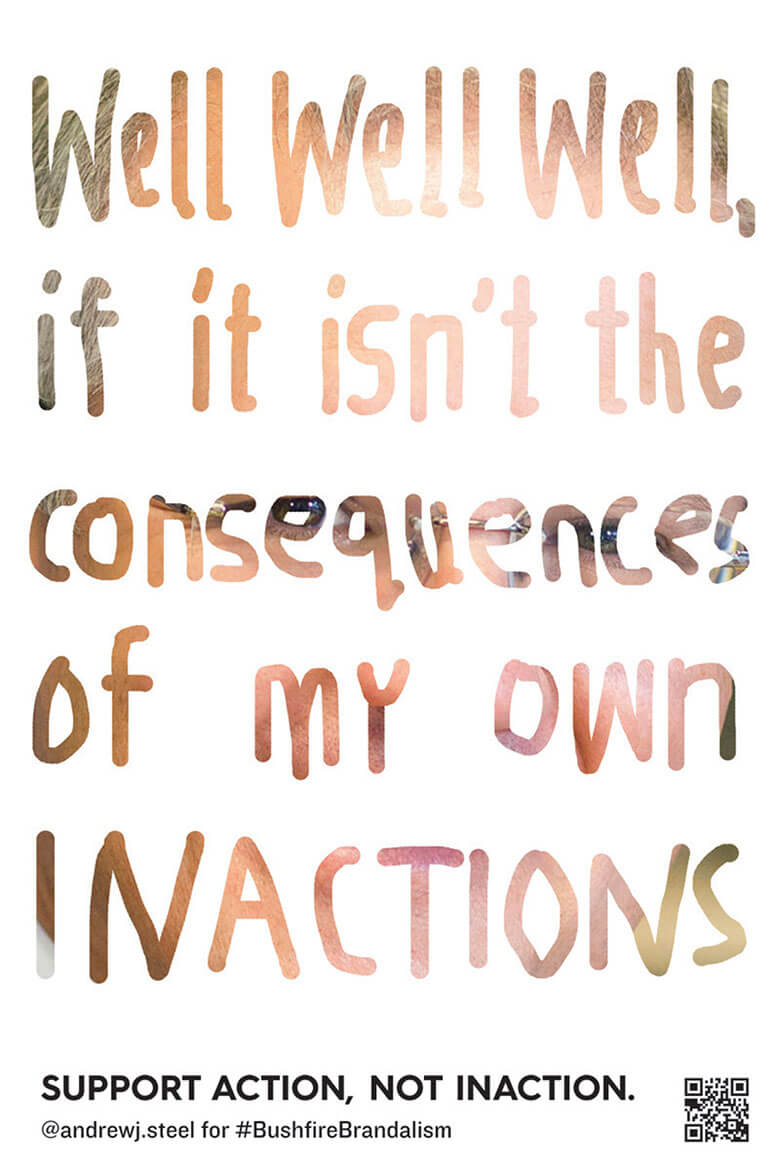 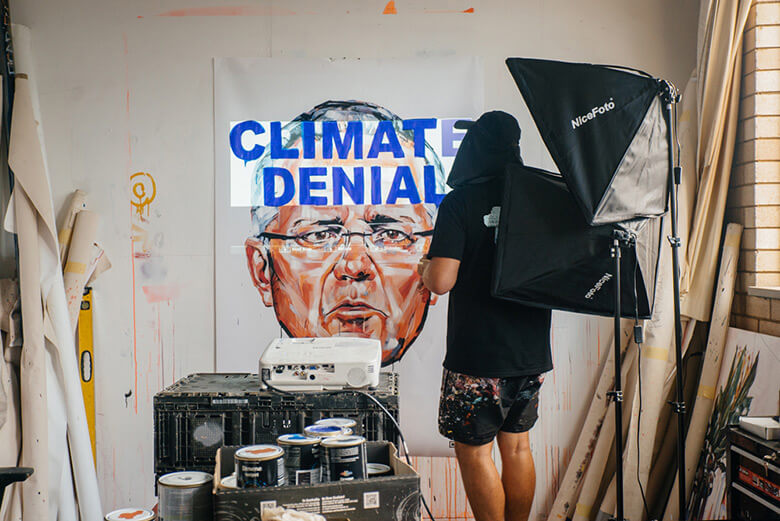 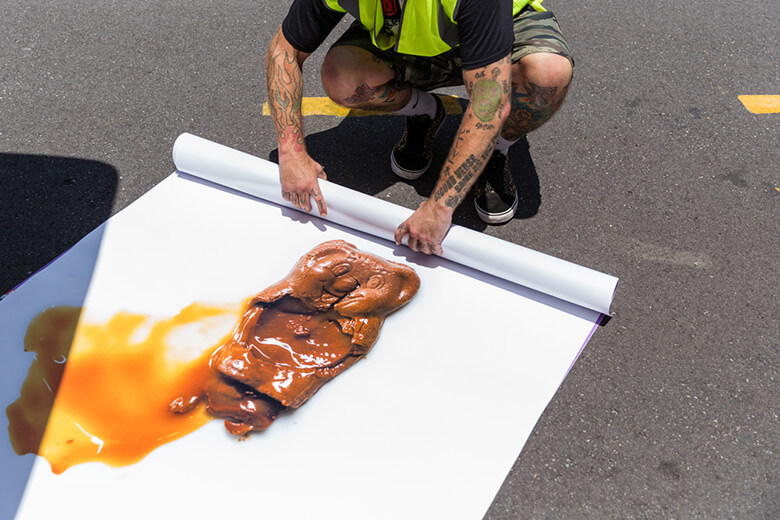 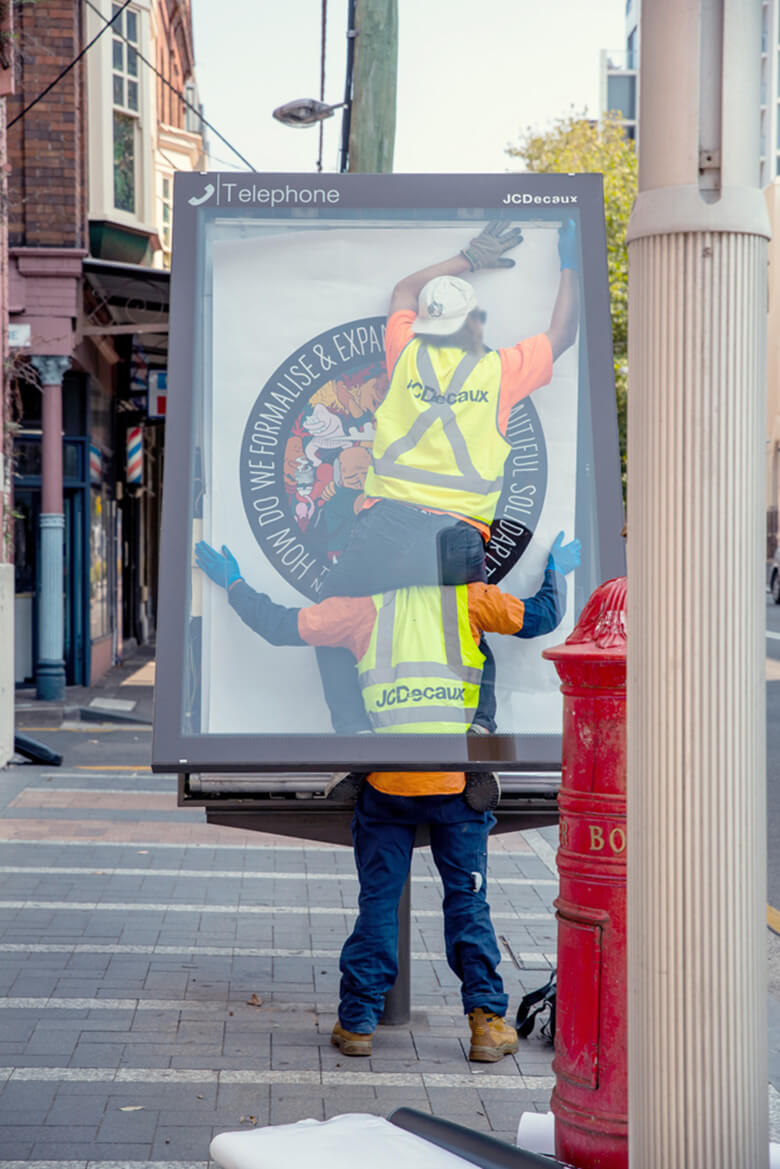 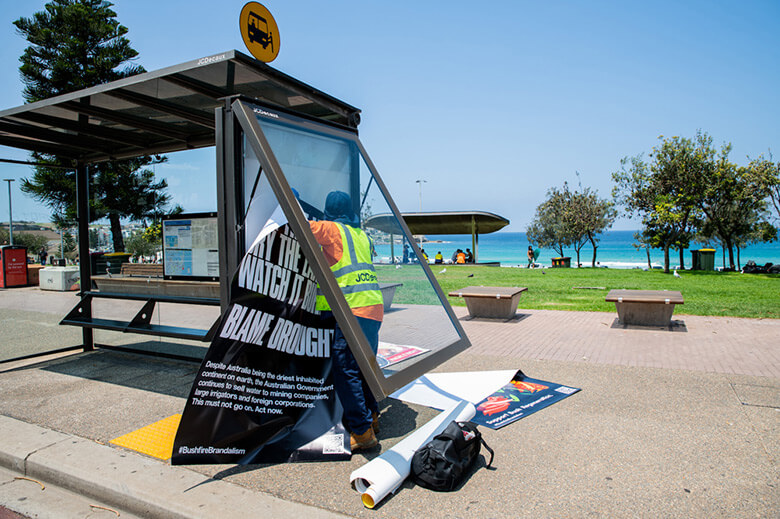 In the case of Australia, (remember that it was one of the countries that withdrew from the Paris Climate Summit 2015, along with the USA, Russia, Brazil and Turkey) suffering the terrible effects of fires that have so far devastated 52,400 square kilometers,  where 27 people have died and there are thousands of displaced people. There are more than 1 billion affected animals and 400 megatons of CO2 have been emitted into the atmosphere. These are just some of the hopeless facts of the catastrophe that is sweeping the southern continent that is in the hands of the coal lobbie, its liberal prime minister, Scott Morrison and media mogul Rupert Murdoch, denier and owner of New Corps (The Wall  Street Journal, The Times, The Sun). 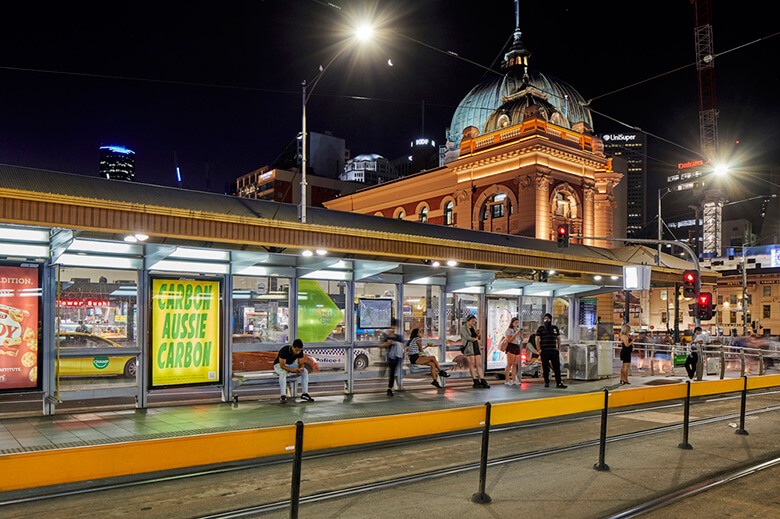 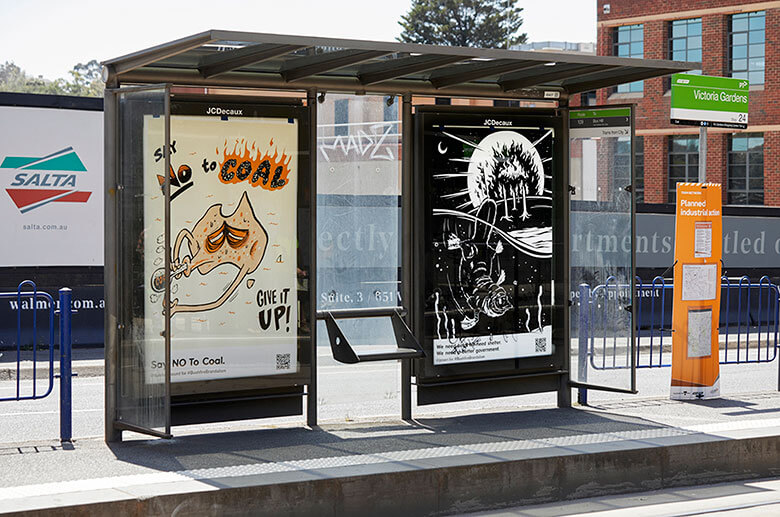 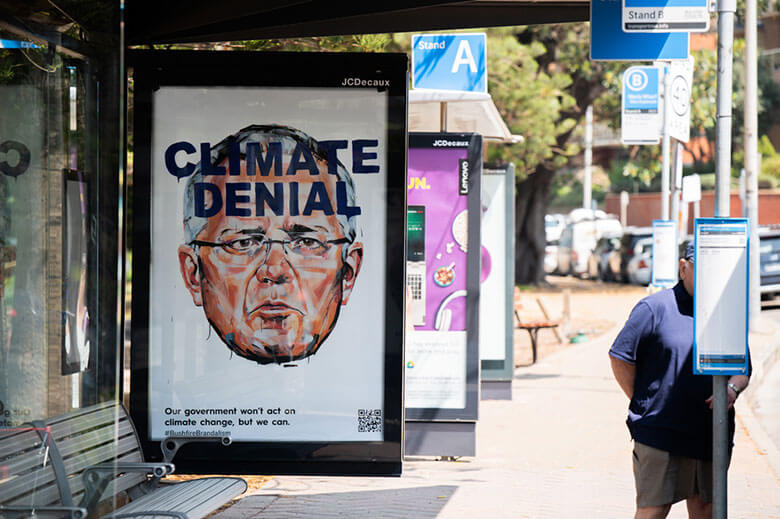 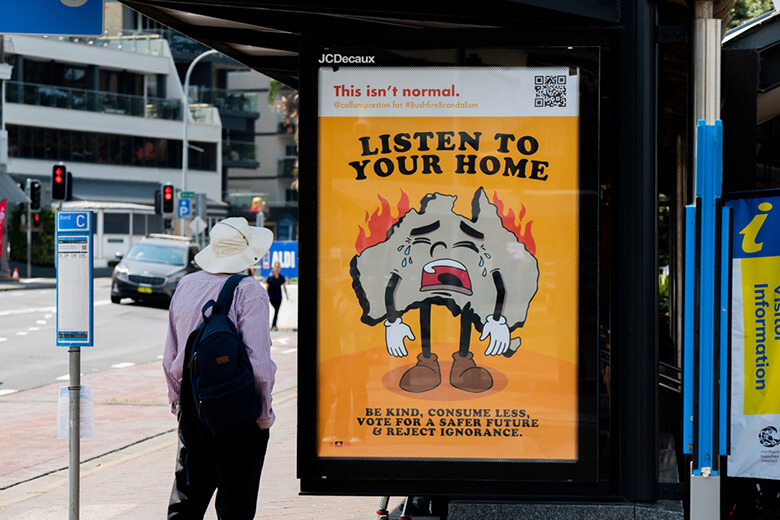 Under this climate, the phrase comes to mind: “when the law is unfair, illegality is a duty”, after seeing the initiative of 41 artists, who have taken to the streets in 3 Australian cities to carry out the largest campaign of unauthorized art in the nation with the name of #BushfireBrandalism. Sydney, Melbourne and Brisbane became the scene of the largest outdoor art exhibition in the country last week. The original designs focus on a variety of topics, ranging from criticism to the fossil fuel industry, the courage of local firefighters and the destruction of the country’s unique flora and fauna. Posters have been installed at local bus stops and similar advertising spaces and promote, through the QR code, direct access to relevant information and more than 30 charities that are fighting the problem.
Through social media followers, these artists hope to raise awareness about the underlying causes of this abnormal fire season and the actions necessary to prevent and control it in the future. 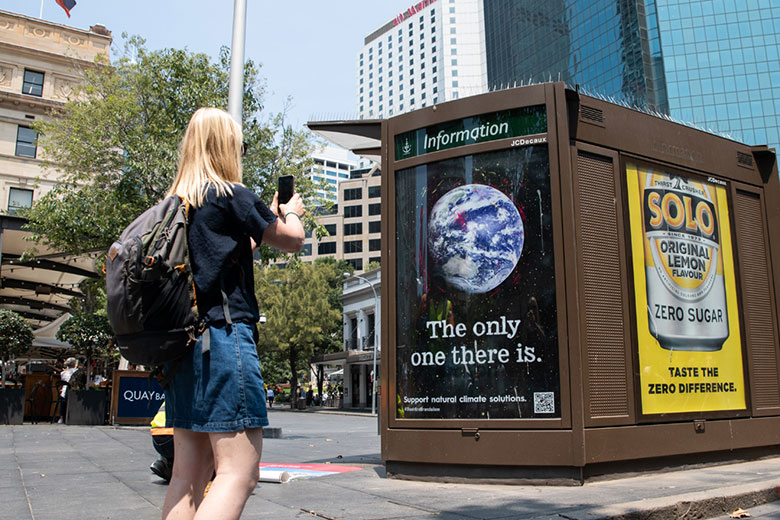 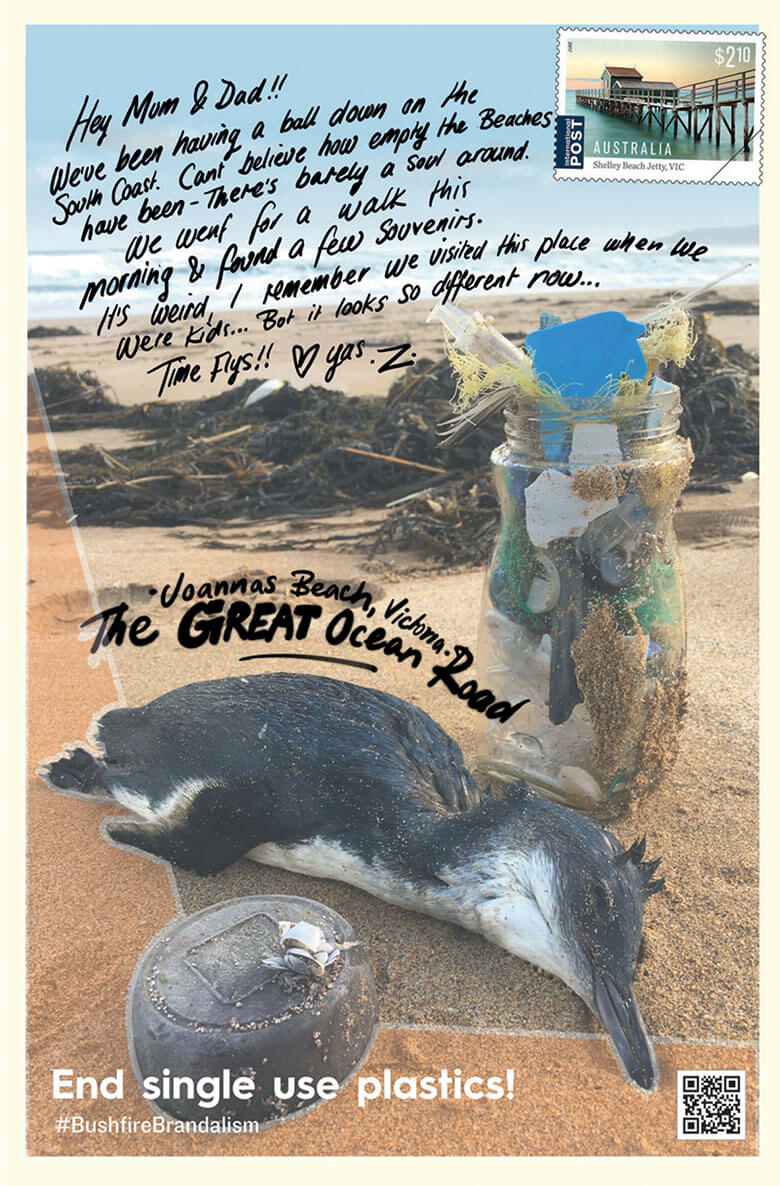 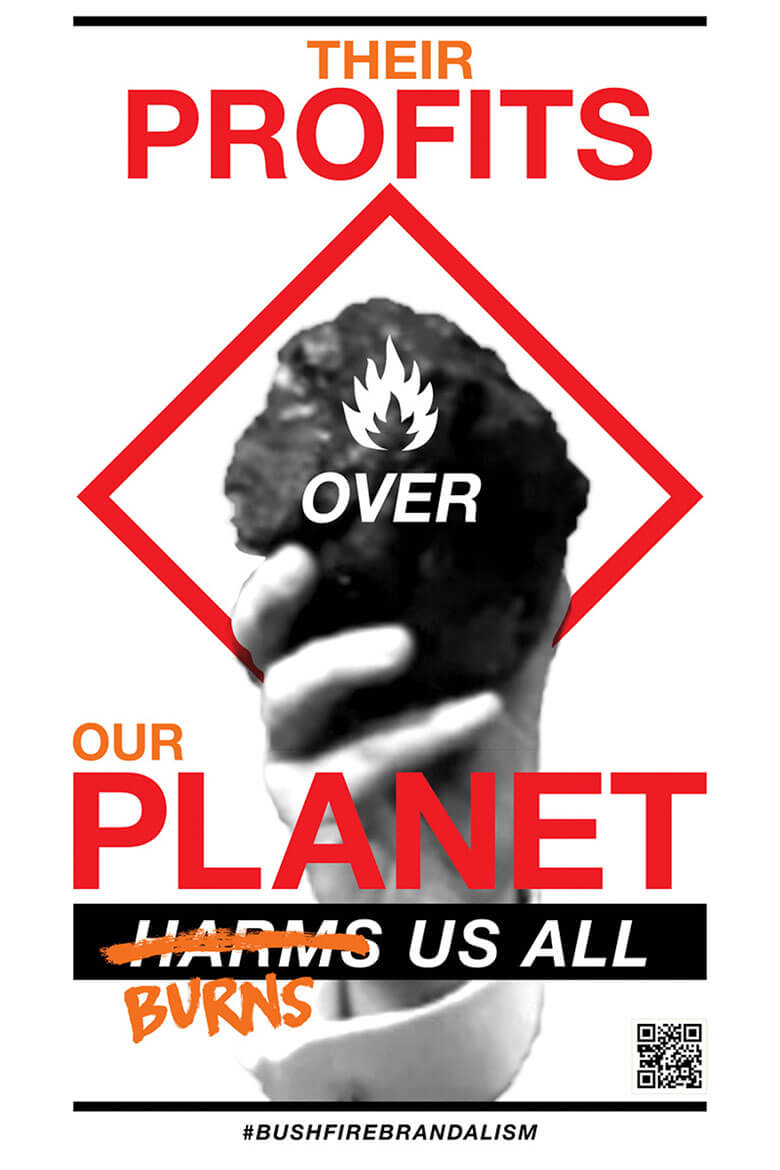 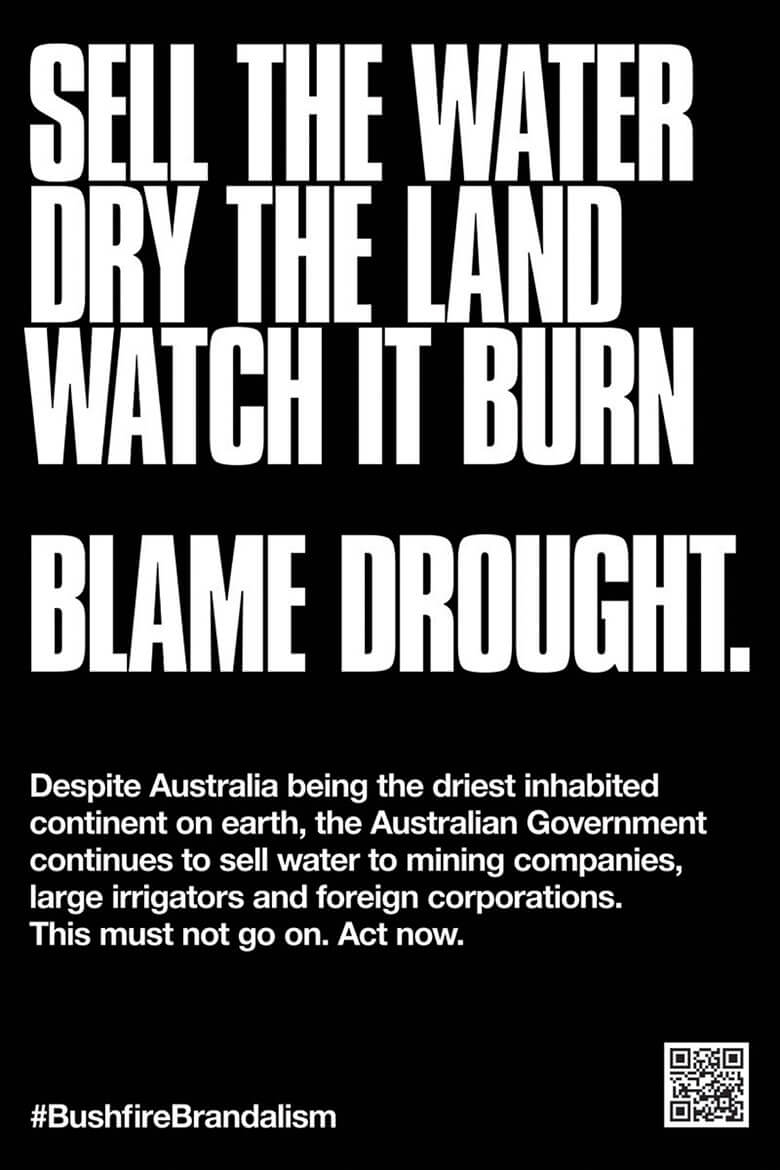 In the press release, the artists express themselves in this way:
“As a collective group of Australian artists, we have been forced to claim public advertising spaces with signs that speak of the Australian government’s inaction on climate change and devastating forest fires.

We do not accept that this situation is “business as usual”. We are making these problems visible in our public spaces and in our media;  monopolized areas by entities that maintain conservative climate denial agendas. If newspapers do not print the story, we will do it!  “- Brandalism Bushfire

Apart from forest fires, the intervention speaks more broadly about the use of conventional advertising space in Australia. With an entity, the aforementioned New Corps, which controls 59% of all daily newspaper sales, artists question the position of the media landscape in Australia and its coverage of issues related to climate change. 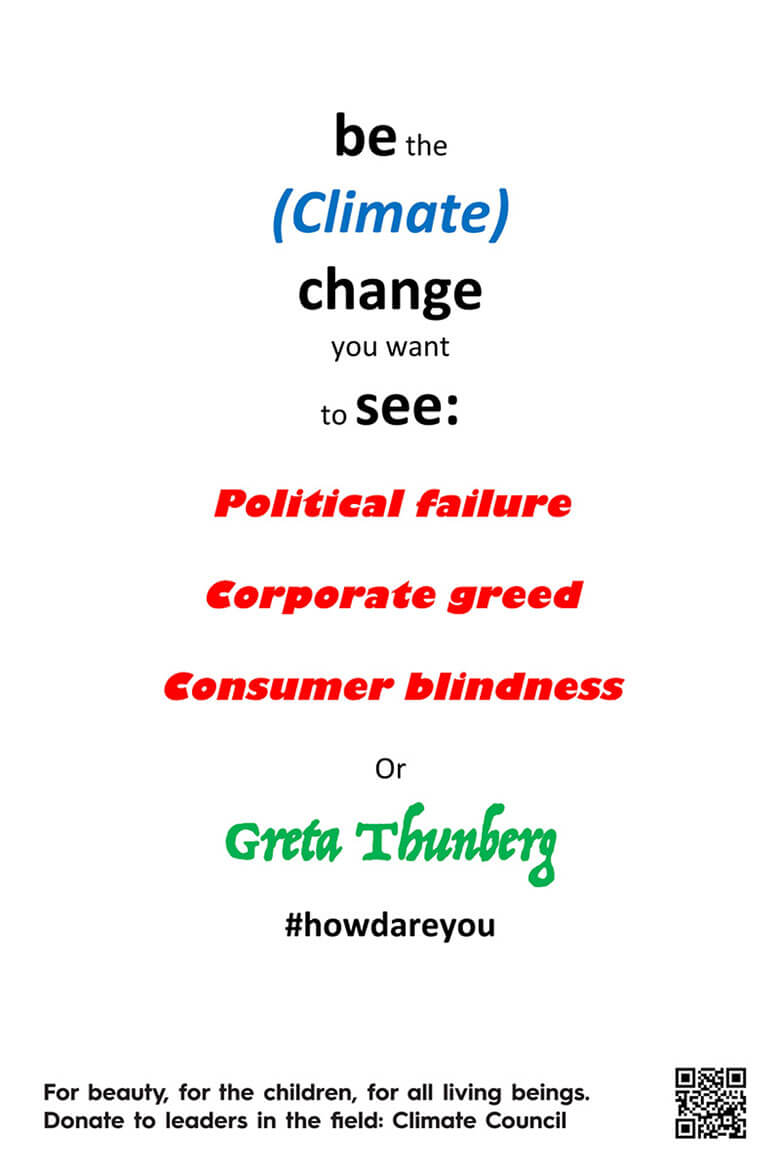 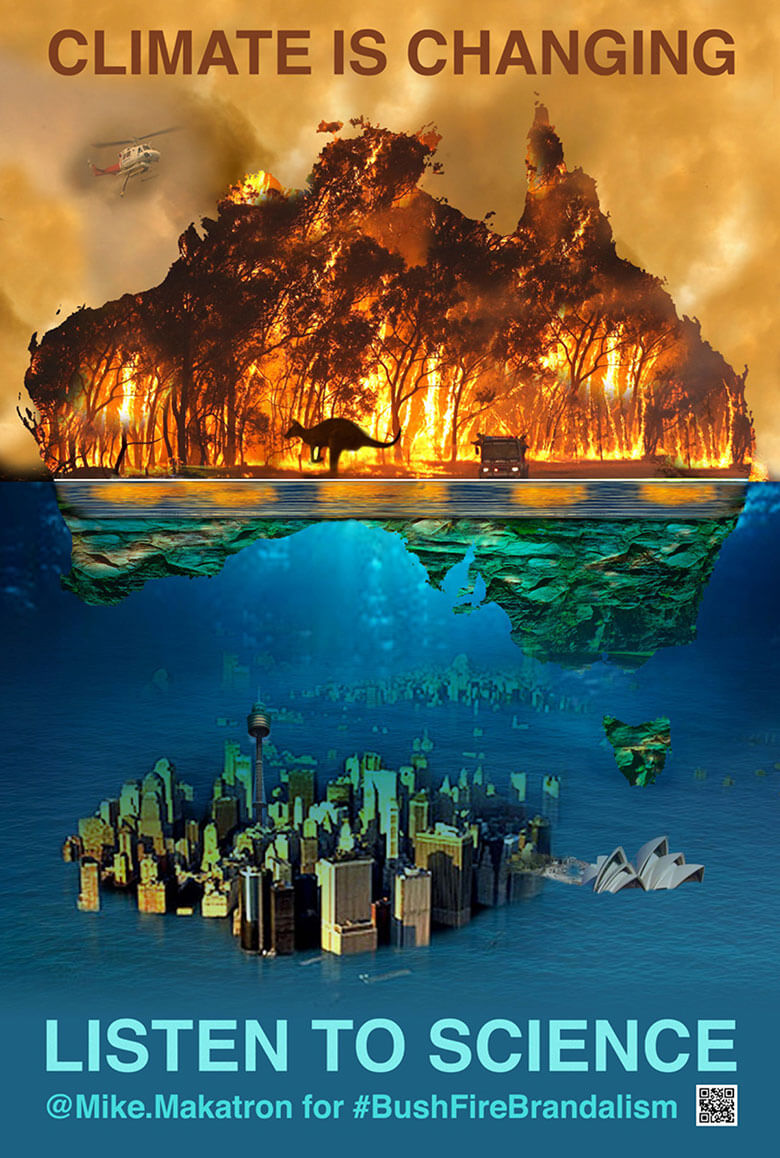 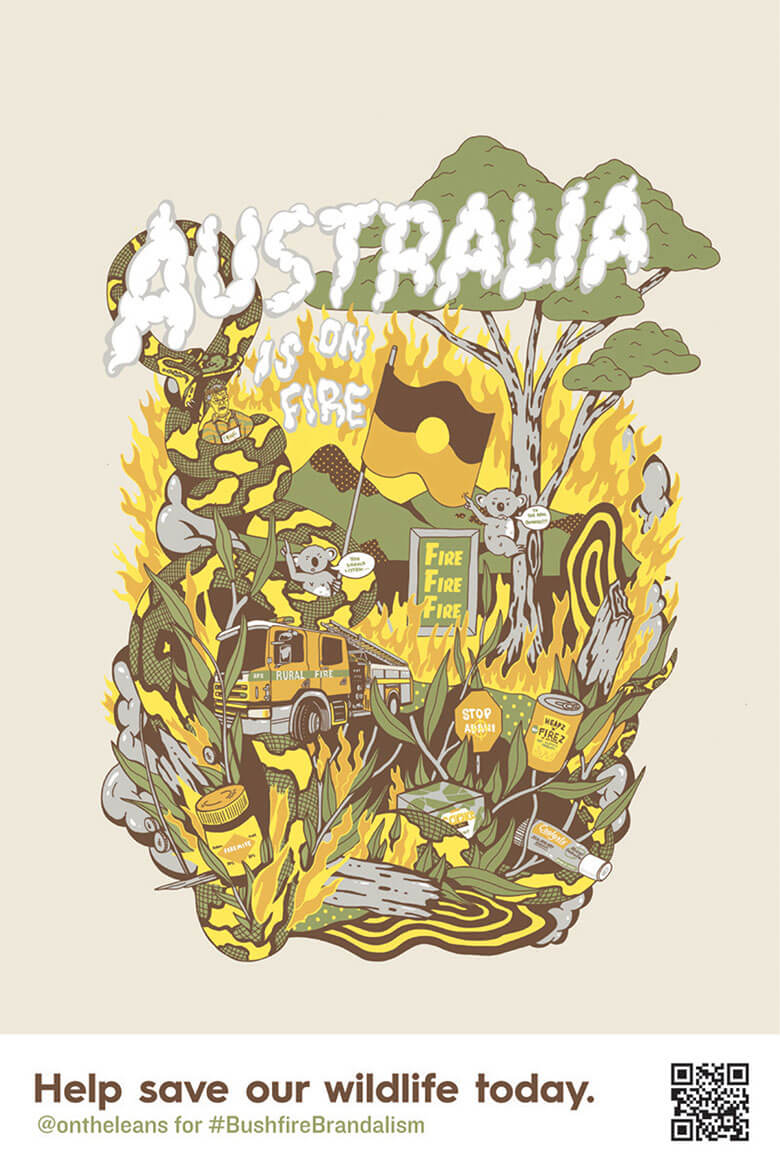 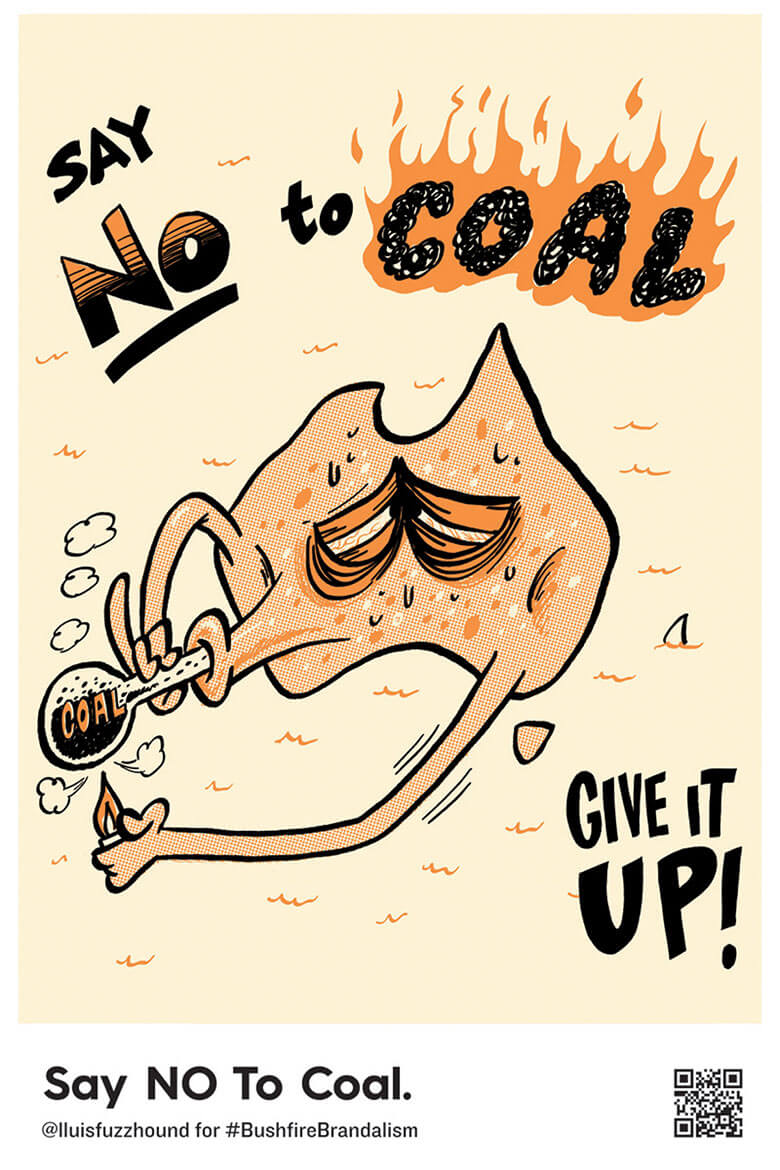 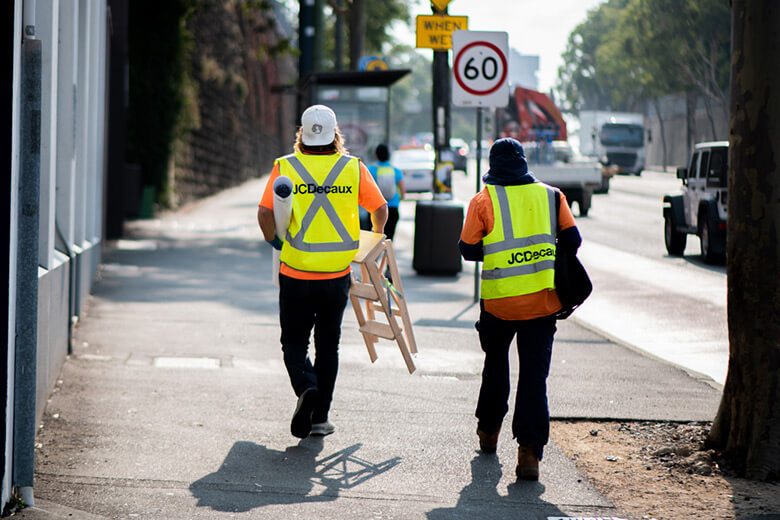 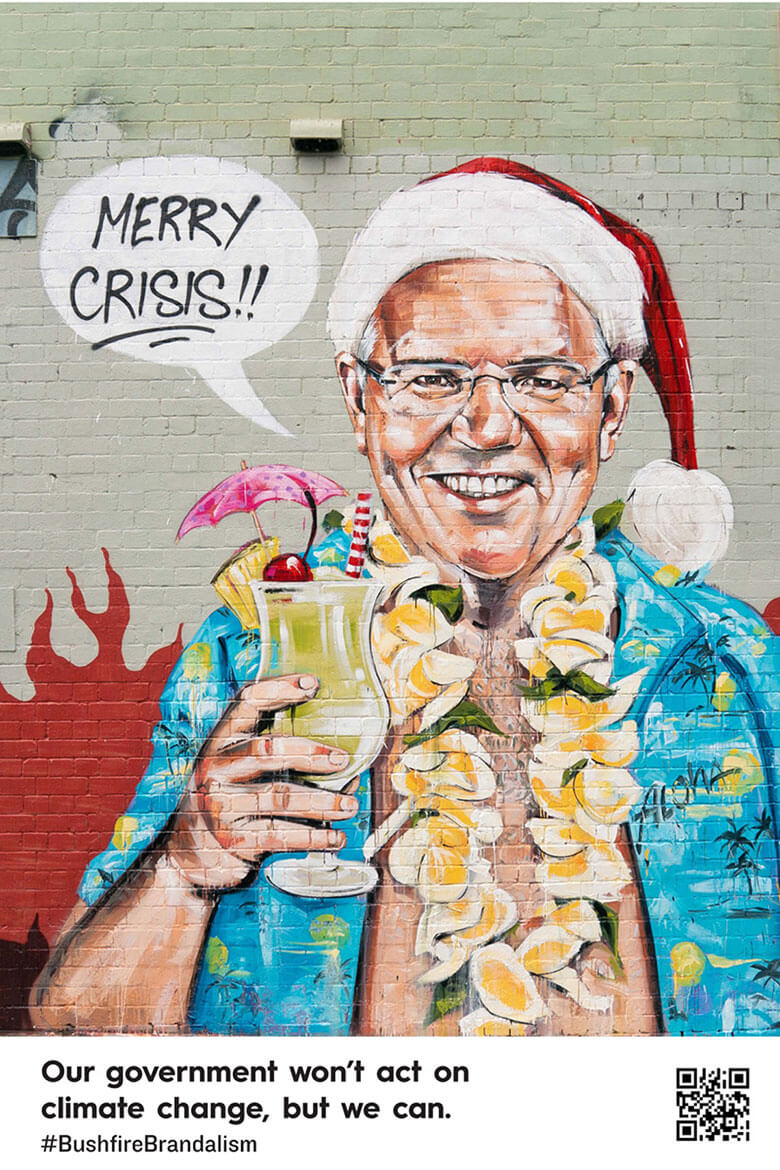 We hope for more initiatives like this, and that they will continue until they are not necessary any more. 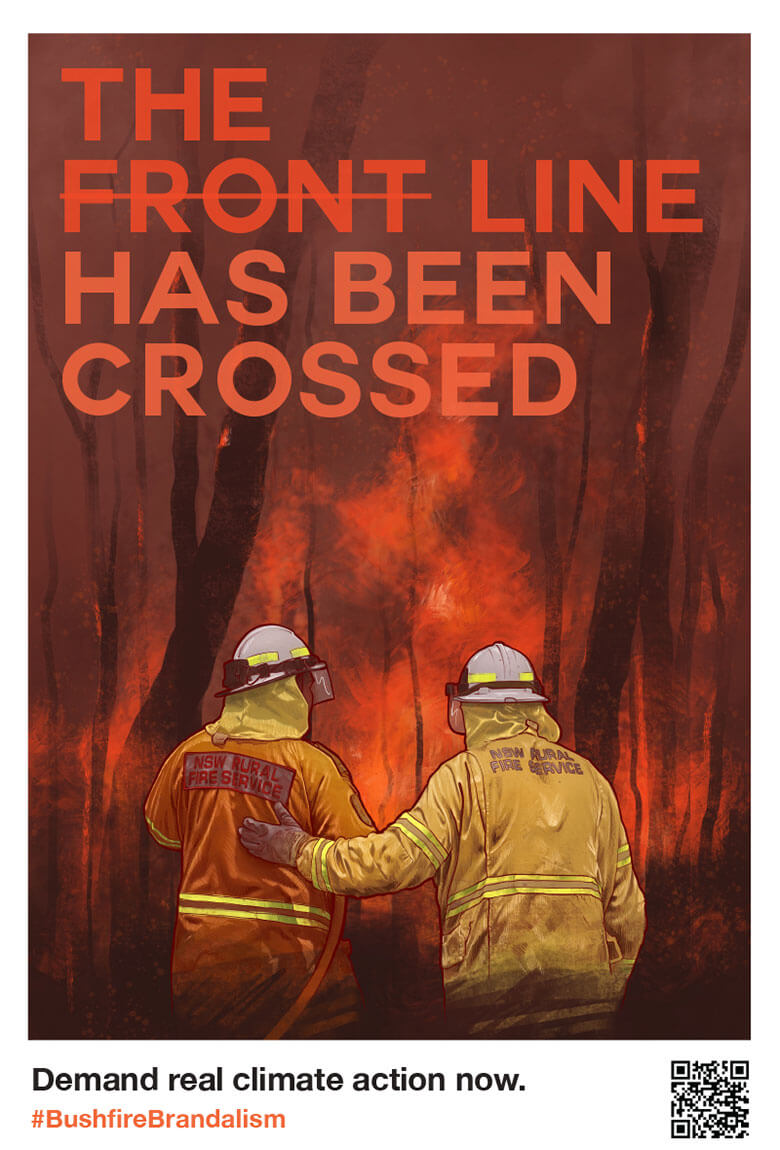