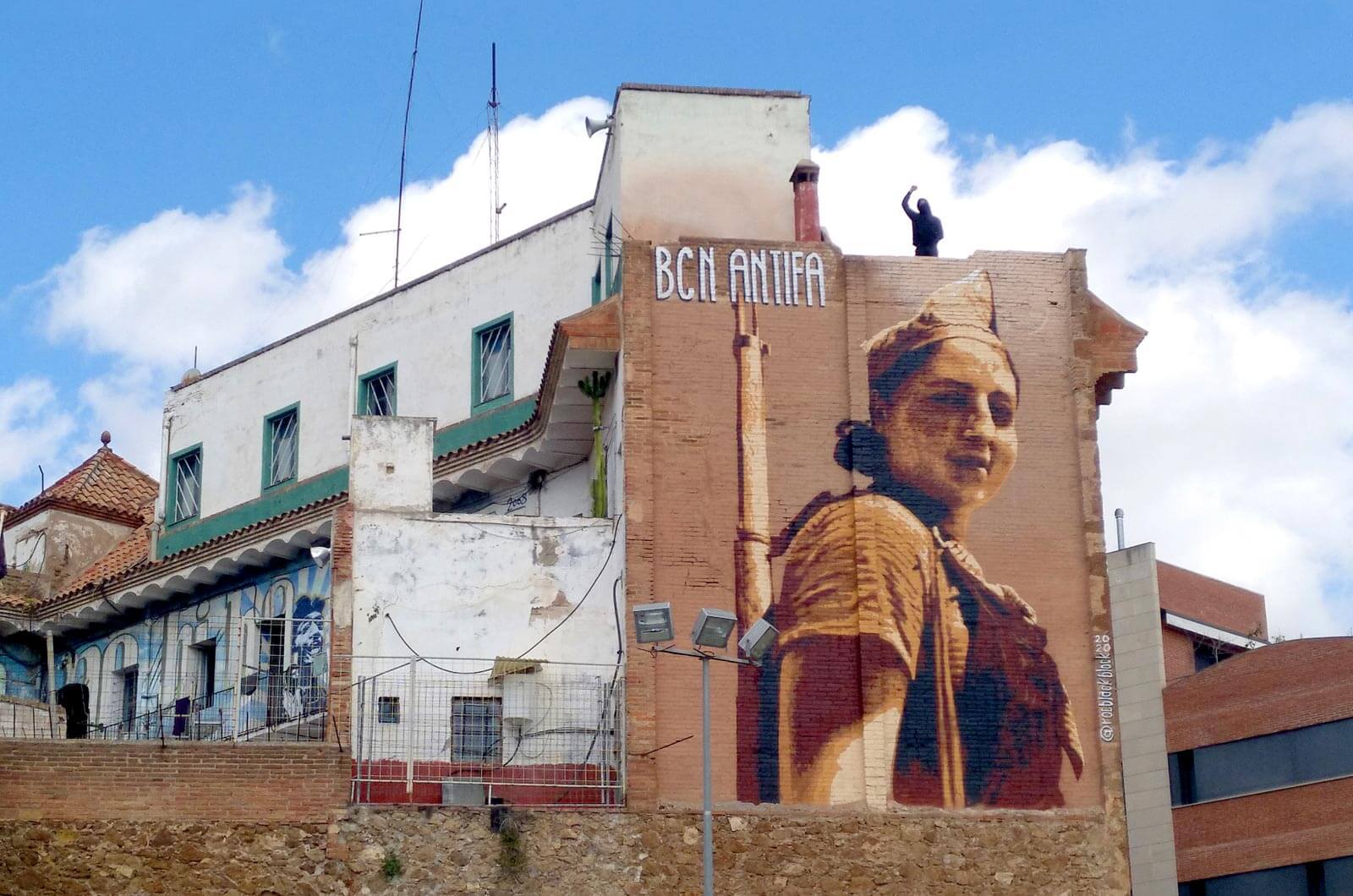 Roc Blackblock pays homage to the anti-fascist struggle and social revolution once again, through a huge mural that he made while hanging from ropes on the wall of old Guardia Civil barracks that have been squatted for 30 years.

Roc Blackblock is a celebrated Barcelona artist, known for the style of his pieces, but even more recognized for the combative and socially revolutionary messages that are incorporated in all of his them. In his most recent work, Roc returns to the vertical format, on the wall of the squatted building “Kasa de la Muntanya (The Mountain House)” in Barcelona. The content of this work honors the militiamen of the Spanish Civil War using a photograph of Antoni Campany, thus serving as a symbol of the city’s historic antifascism. The funds invested in this project were scarce, and in order to carry out this large mural, the artist has had to scale down the building’s facade with climbing ropes. An impetuous process that adds value to the content of the work and merit to Roc’s involvement. 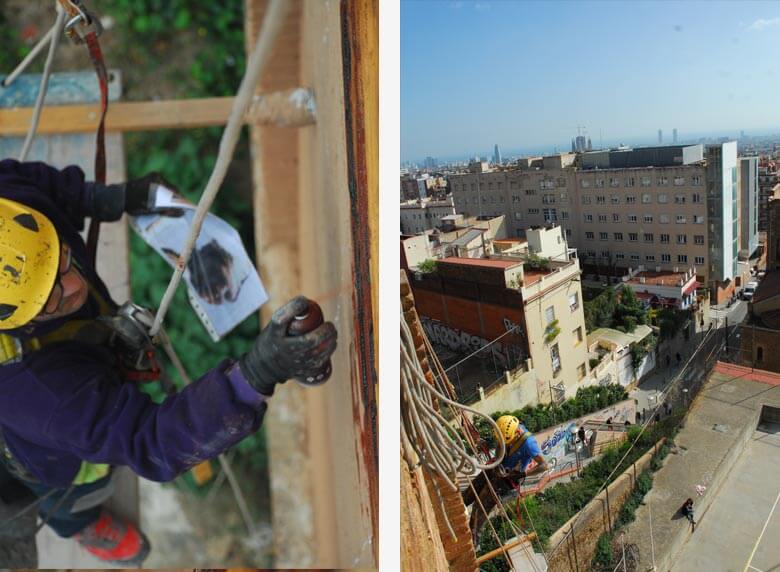 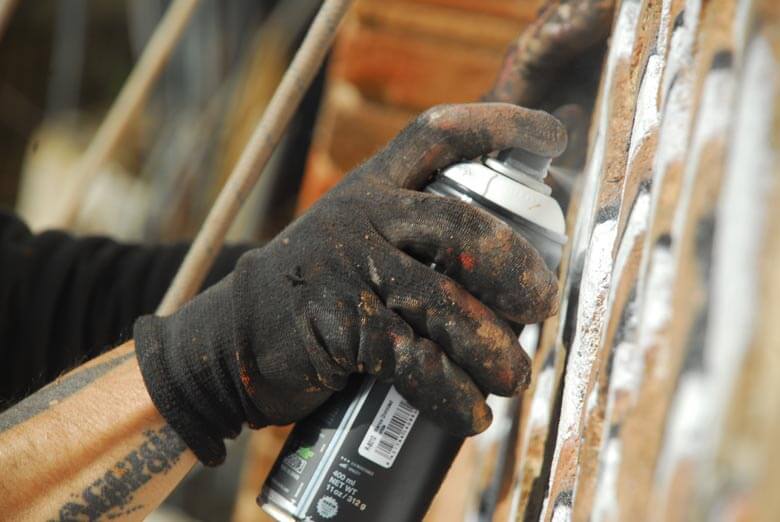 This isn’t the only work of this kind that has been carried out in Barcelona recently. Sarah Painter has added another mural to the list of walls that carry antifascist messages. In her case it’s a three-story portrait of Marina Ginesta, who was a reporter and translator during the Spanish Civil War. As the political right surges worldwide, such artist interventions turn into adverse reactions to intolerant ideologies, vindicating the social struggle and reminding us that there is a large part of the population that does not fall into the ideological trappings of ferocious liberalism. 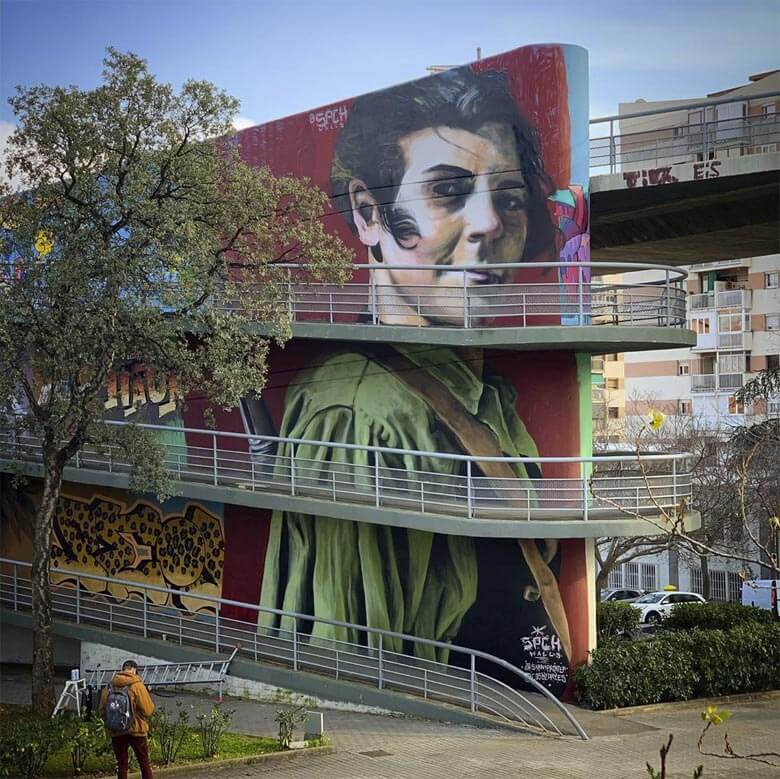 “In 1936, the “Information and Propaganda Office of the CNT-FAI (National Confederation of Labour & Iberian Anarchist Federation)” commissioned several photographers to document what was going on in the streets. This mural is inspired by one of those photographs. The original, by Antoni Campany, dates back to August 28, 1936 — one month after the coup d’etat. It belongs to a series of portraits of the militiamen who took the “The Bruc Barracks,” (which were later renamed “The Bakunin Barracks”). The series is important because the photographs became a certificate of the Social Revolution’s victory, as they show the faces of victory and use the barracks as a symbol, as it was the last national defense in the area. Allegedly the militiamen who took the village were part of a faction from L’Hospitalet and Baix Llobregat.
Not only did the coup d’etat progress in this part of the country stop, but it also marked the inauguration of the Social Revolution. Factories and lands were collectivized, wealth and resources were redistributed, institutions and symbols of power and oppression were overtaken and burned, as well as barracks and churches…
Painting an image with a story like this on the Kasa de la Muntanya takes on a special meaning; the old Civil Guard barracks that were squatted in 1989, and have been free for 30 years. Despite the betrayals, the defeat, the 40 years of dictatorship…its spirit is still intact and the best tribute is to keep on fighting. 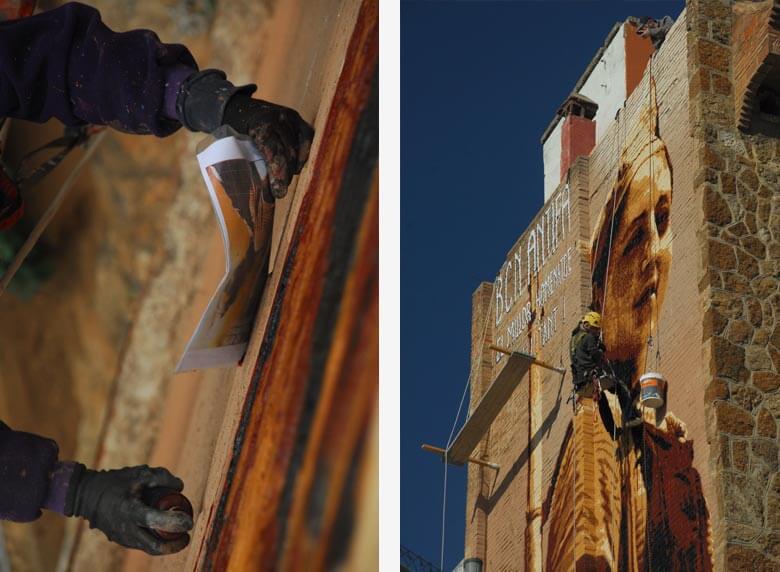 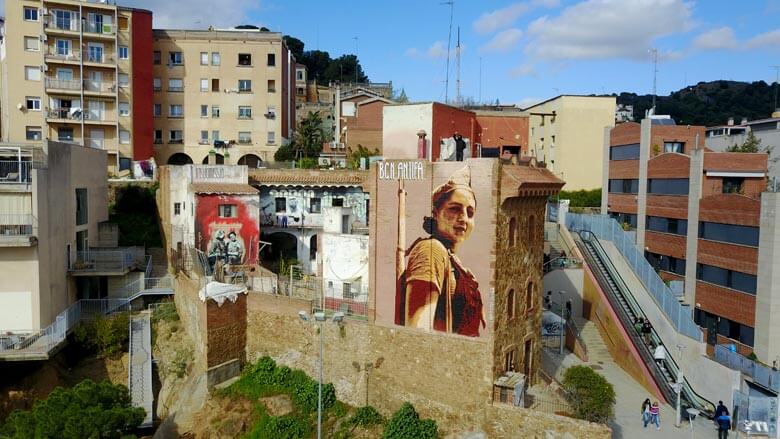 It has been an exhausting and all-consuming project, which came from afar, complex in many ways…but it worked out very well thanks to the support I’ve had. All this would not have been possible without:

L’E. who made easy what to me seemed technically crazy, and who did it with total efficiency. This “hand-in-hand” has been a pleasure.
Max Ira for finding space in his agenda and documenting the process.
Observatorio de la Vida Quotidiana (Observatory of Daily Life), for sharing a part of their knowledge on the subject and helping me contextualize and document the work. If you want to dig deeper into this historical moment, don’t miss the “Gráfica anarquista (Anarchist Graphics)” exhibition that the Photographic Archive of Barcelona has curated.
Montana Colors, who provided support for the intervention.
La Kasa de la Muntanya, of course, both for the wall and for the facilities, complicities and hospitality.”