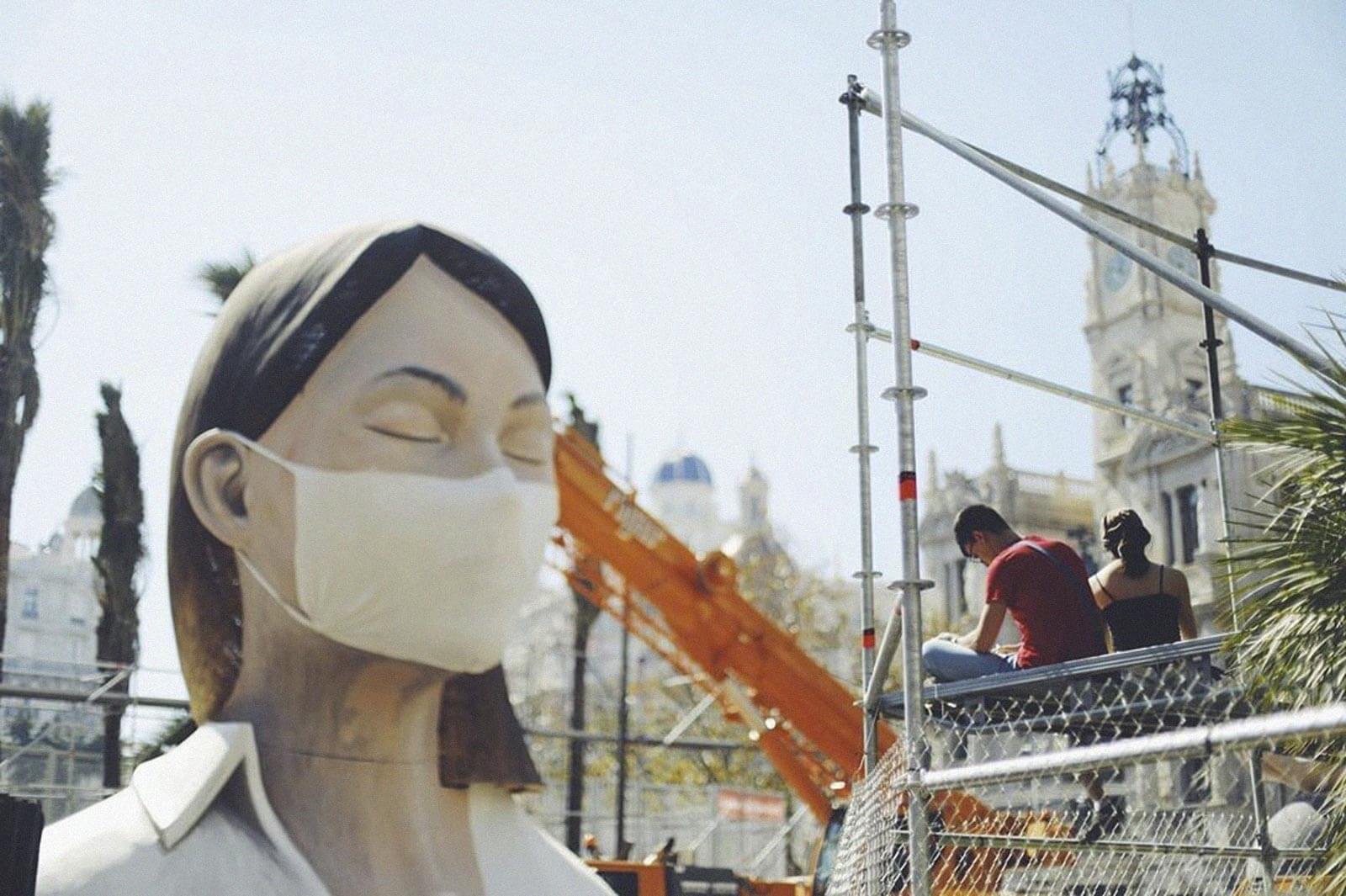 The coronavirus has put a stop to the Valencian celebration of “Las Fallas” and thus curbing the fate of “the meditator,” the gigantic figure created by the artist Escif, which has now taken on a whole new meaning.

Pictures by Escif and José Bravo

The topic that’s on everyone’s lips -not yet in everyone’s lungs, the coronavirus and its media presence, has now inevitably reached the urban art scene.
For the past few years, various street artists(Okuda, PichiAvo) have been chosen to shape the Town Hall’s falla, the main figure that will be burned alongside the other artistic creations during Valencia’s most characteristic celebration of folklore. This year, Escif was placed in charge of dreaming up the huge figure that, in this case, materialized in the form of a gigantic woman meditating as a symbol of hope. 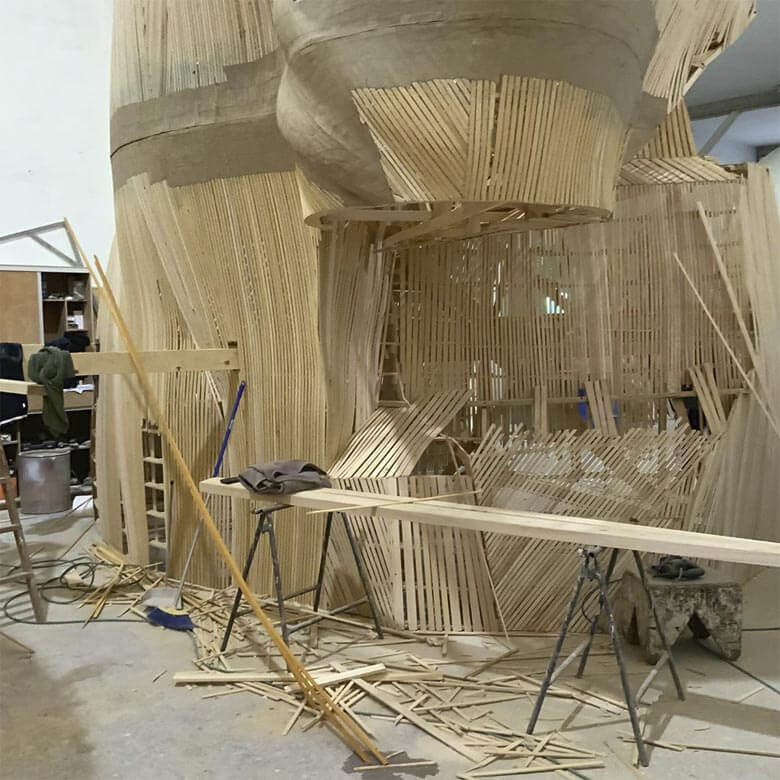 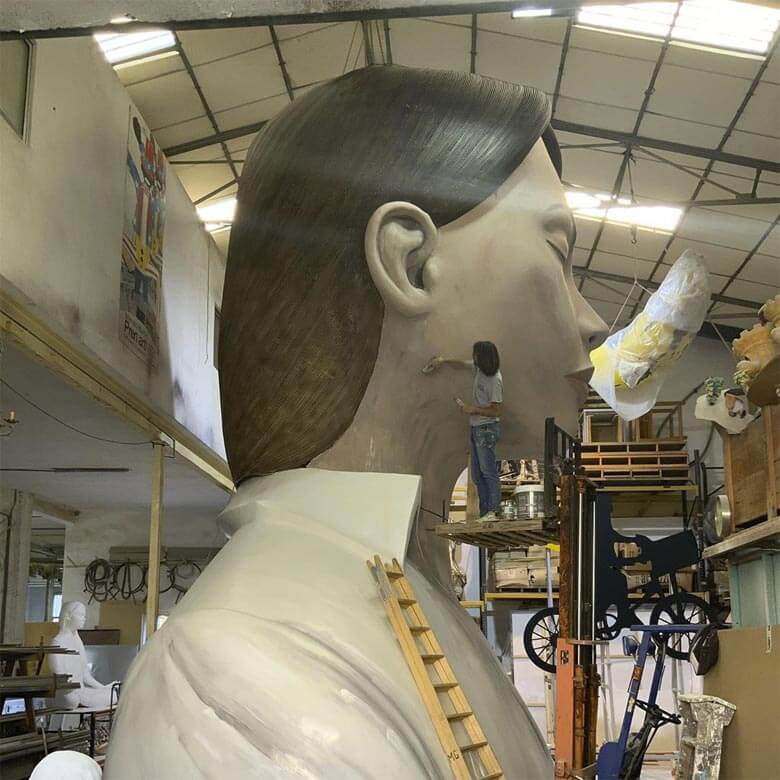 Given the growing number of people infected by the coronavirus, the Valencia City Council has decided to suspend the programming of a celebration as crowded and uncontrollable as the fallas. This decision, which will force the spectacular creations that are destined to go up in flames to be destroyed, has given a new meaning to the proposal of the great Valencian artist’s project. He has asked to keep the figure up until the festivities are resumed. We have taken the liberty of reposting his statement, which is summed up by the perfect postcard: a meditator with a mask. 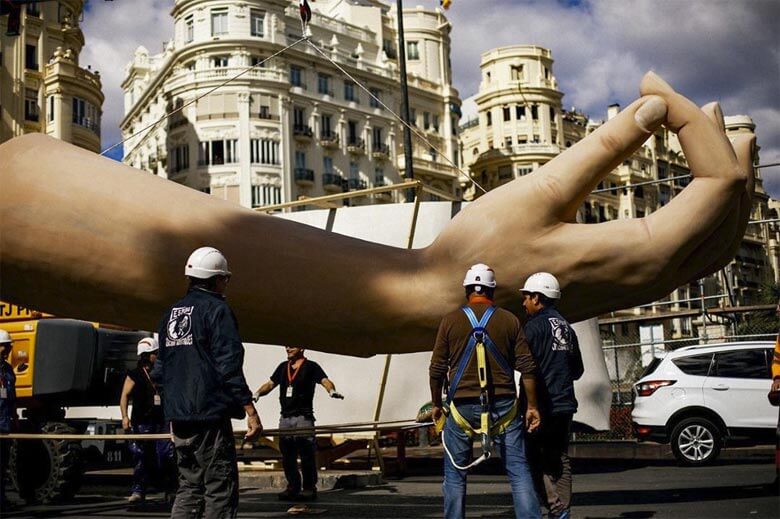 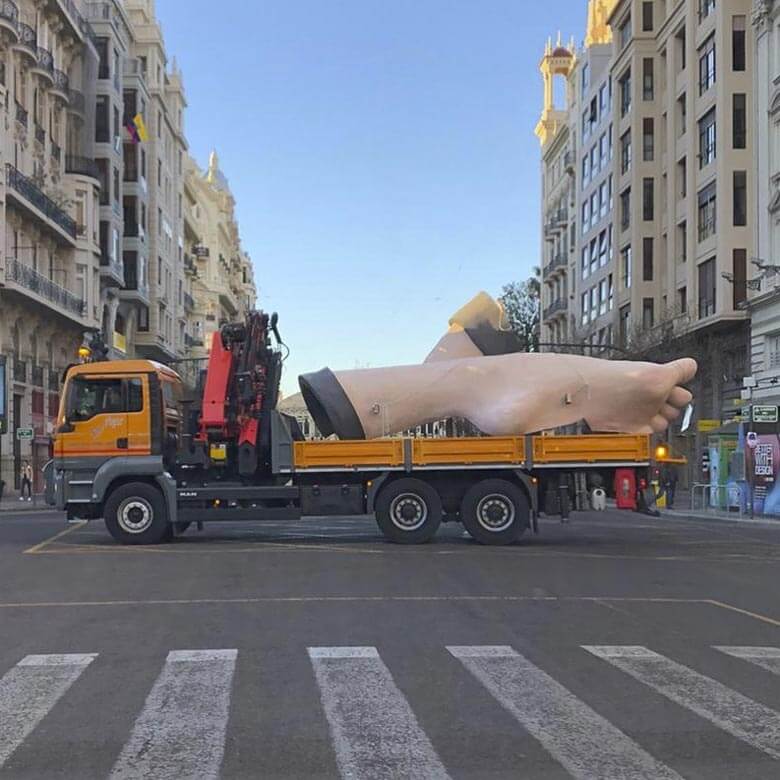 “A great woman meditating in the center of the town hall square.

The coronavirus crisis is a global crisis that is very difficult to combat. There is no vaccine against the disease and healthcare infrastructures are too small given the speed of its spread. It is being shown that the only weapons we have to combat this crisis are patience, calm and hope. We have to slow down the movement of society long enough for those who are already infected to be cured so they don’t continue spreading it.

These are precisely the values transmitted by the great woman meditating in the town hall square. This too shall pass.

One of the primary functions of culture is to reinforce the symbolic imagery of each society. Art has that magical ability to work within the collective subconscious of an entire society. The battle against the coronavirus is a battle of communication and awareness. The proper use of media and symbols will be crucial in restoring calm.

It is for these reasons that we propose to keep the great meditator in the plaza, until the fallas are resumed. A symbol of patience, calm and hope that is so necessary in these times. Let us allow the entire world to lean on Valencia to overcome this crisis. Let’s give the world the antidote to overcoming this crisis. 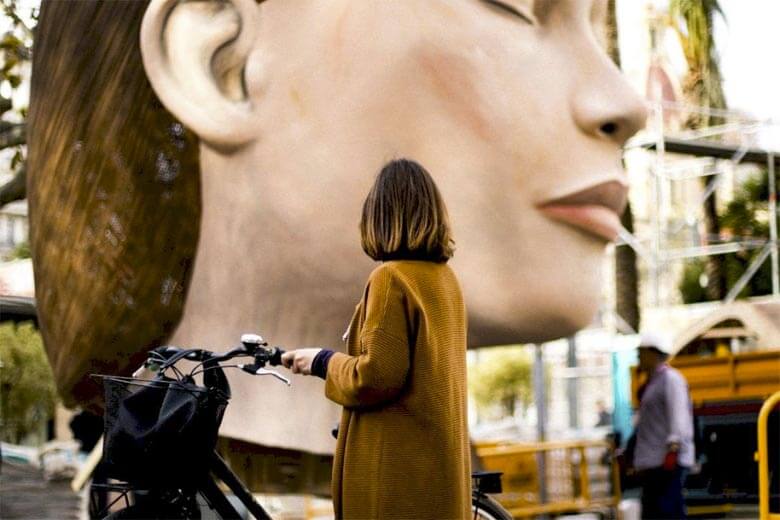 Regarding the technical aspects that come from making a decision like this, we understand that the costs of dismantling, storing, and reassembling the falla would be infinitely higher than the costs, which are almost covered, of keeping the structure in the town square for some time. bounded. The structure of this falla is very strong and could easily last six months intact.

It could be taken into consideration that the monument occupies an area of transit, but we understand that the plan to pedestrianize the square would accompany this decision. Likewise, the true perimeter of the monument could be enclosed by a small fence to facilitate the flow of pedestrians on either side of the figure.

This too shall pass.”