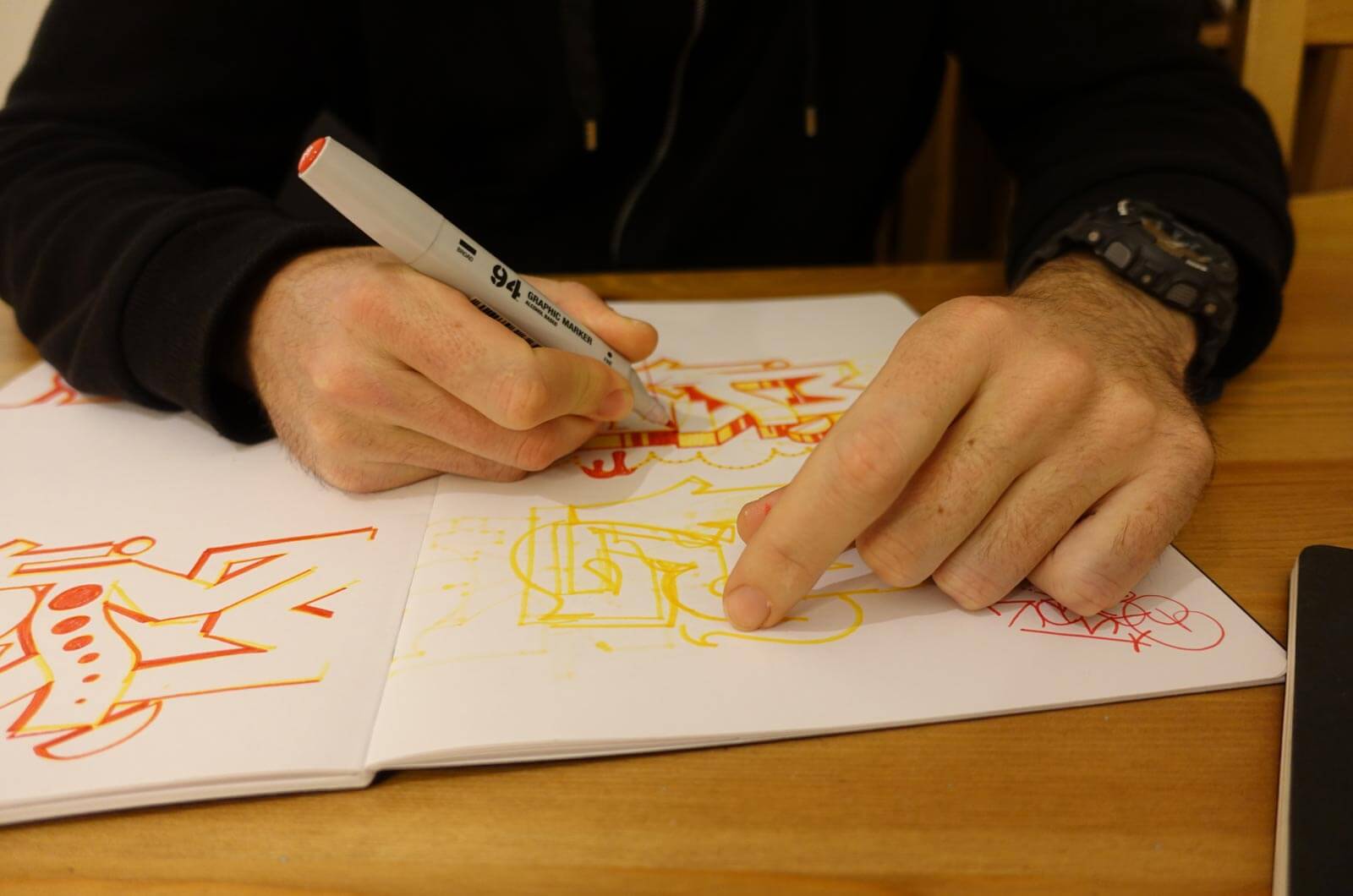 Derok is a Basque writer based in Barcelona, and here he explains the basics of the work on paper that precedes his pieces. A particular way of working in the creational process of letters.

What better time than this to return to the world of indoor graffiti par excellence: sketches. We focus on the topic by showing the peculiar way that Derok has of working the style of letters on paper. A crucial aspect in his way of doing graffiti that we do not see reflected on his Instagram and that, precisely for this reason, we find it interesting to share. 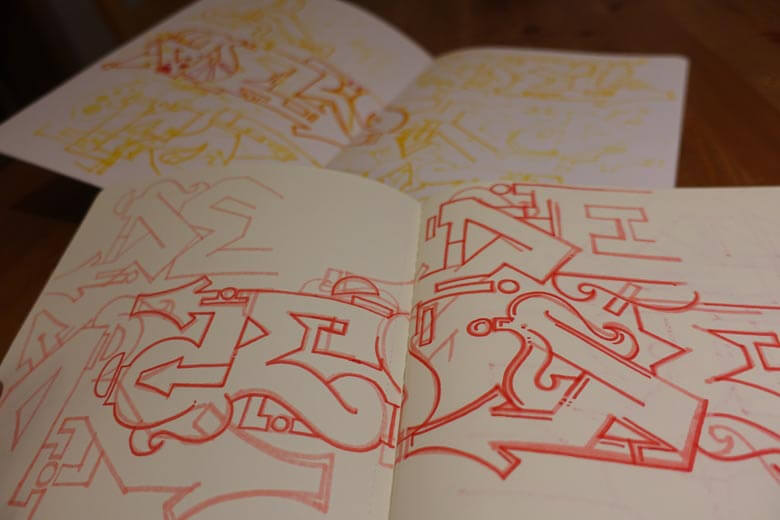 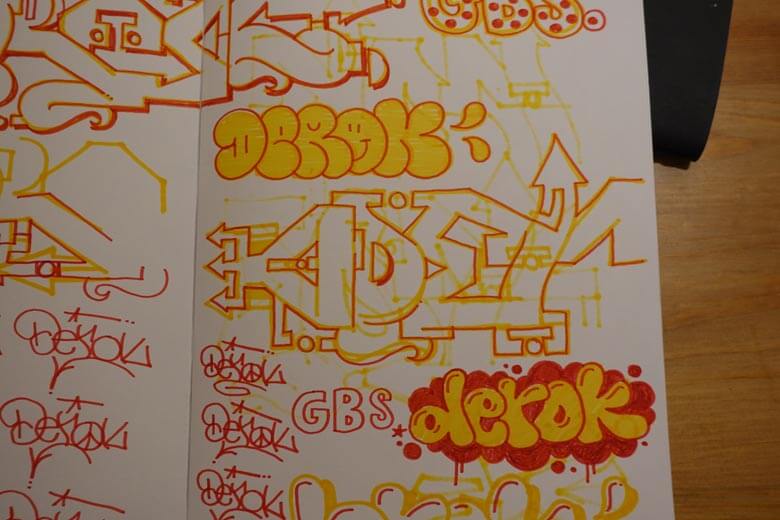 For Derok sketching is only a preparational, although fundamental, process of the final objective: the piece on the wall. That is why we cant find any finished or colorful compositions among his pages. What’s more, we don’t even see complete pieces. “It is not a way to search for final pieces, that’s what the wall is for, it is rather a brainstorming, a way to get the resources out for the letters,” he declares.

And here is the reason for the limited use of colors that he applies: a light marker with which to make the first guidelines and a darker one to define the shapes. Generally these are the types of markers you have laying around. Even if during other times he has even used pencils and ballpoints with different colors following the same pattern. 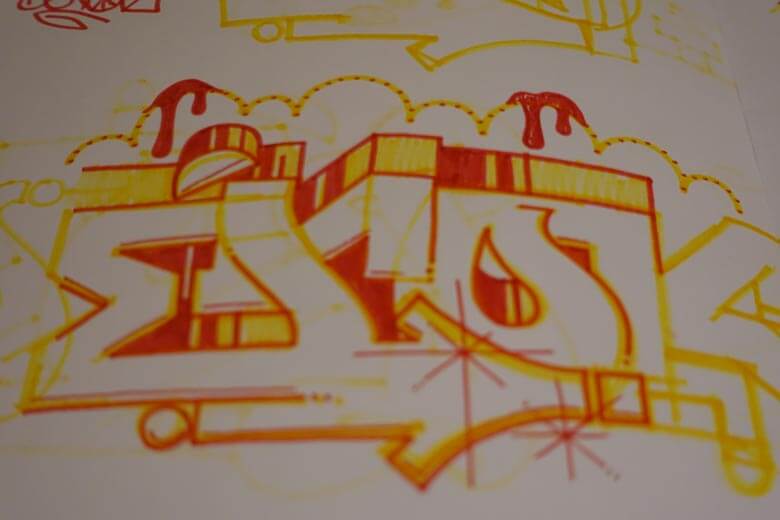 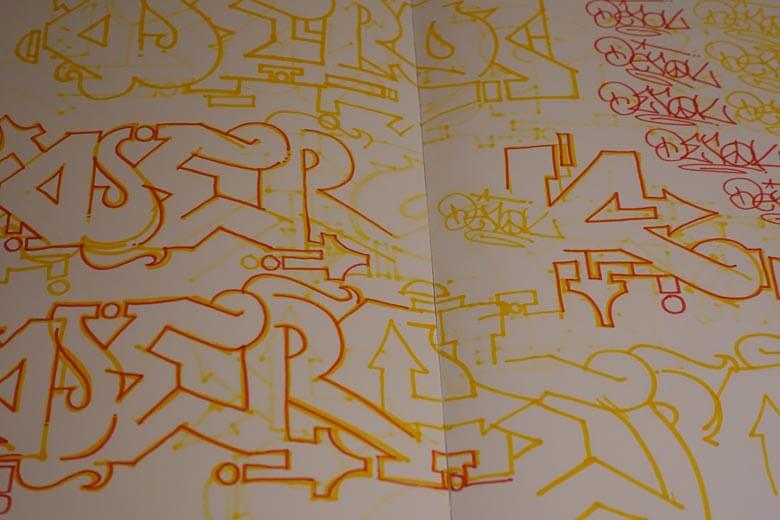 Dead moments is what Derok uses for creating, like the end of the day and after dinner. Although,0 to him it is not a process of maximum concentration where he needs to focus all his attention on it while avoiding other things just to be able to draw.

“The sketch, as its name indicates, is just a step in the evolution towards the final piece.”

Derok’s style is located in a wildstyle trend that starts from a set of very specific influences of classic New York graffiti. A trend that has established itself in the last decade as a recurring style for certain writers without distinction of origin. A formal rigor that reflects his personality and coincides with the aesthetics of the graffiti that most attracts him. As he himself says “it is the type of graffiti that interests me and that I consume. My base is there and it is partly also because of the people I paint with.” 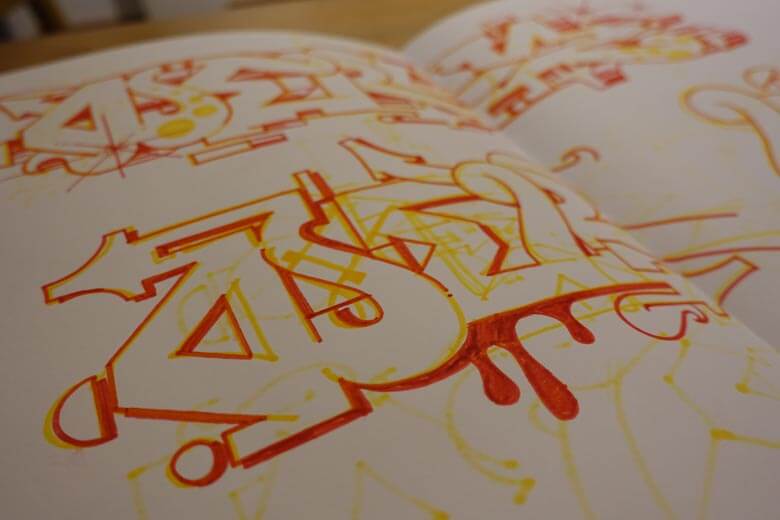 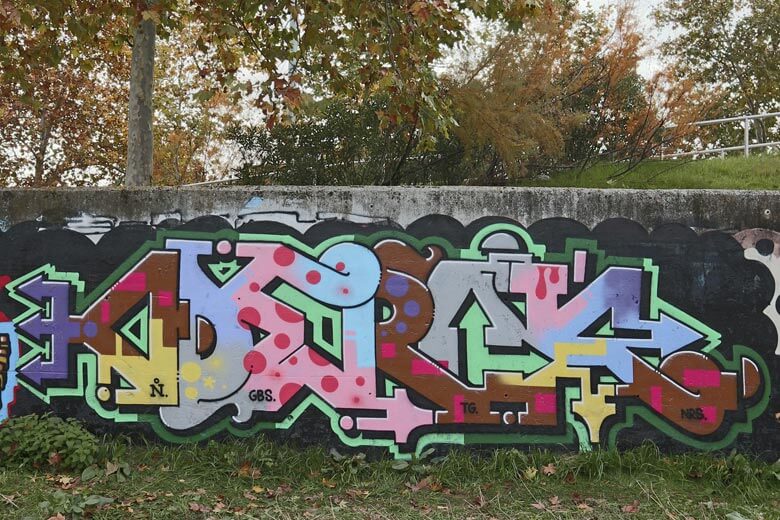 This stylistic orientation is the consequence of an evolution that comes from when he begun painting. Since his first pieces, Derok started out from an aesthetic based fundamentally on geometry (lines and curves with the same thickness) and connections, although in a more spontaneous way.

“Over time I have found a way to theorize that trend, either because of my circumstances or because of the people I have met on my way and which has influenced me.” 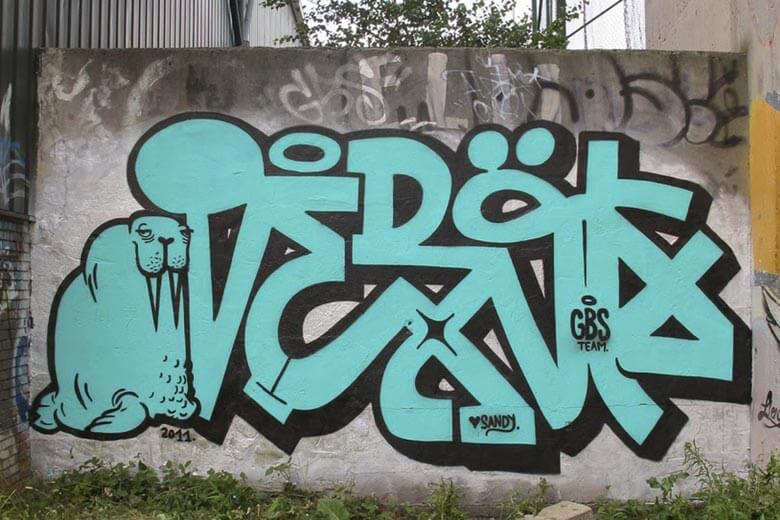 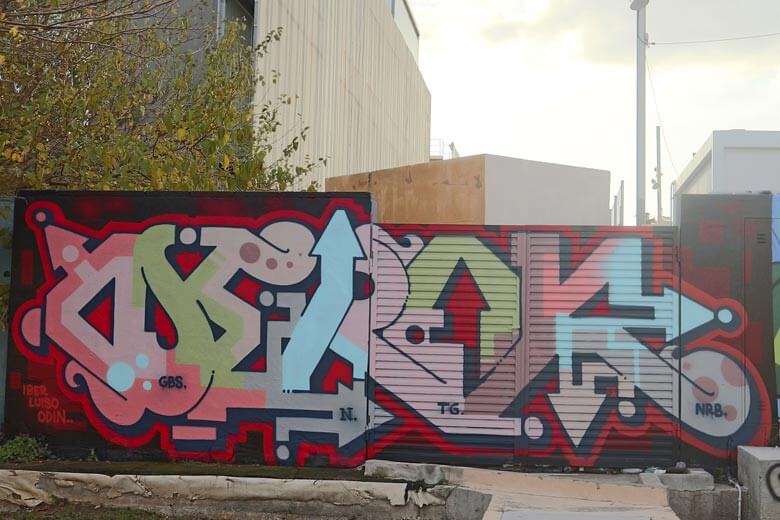 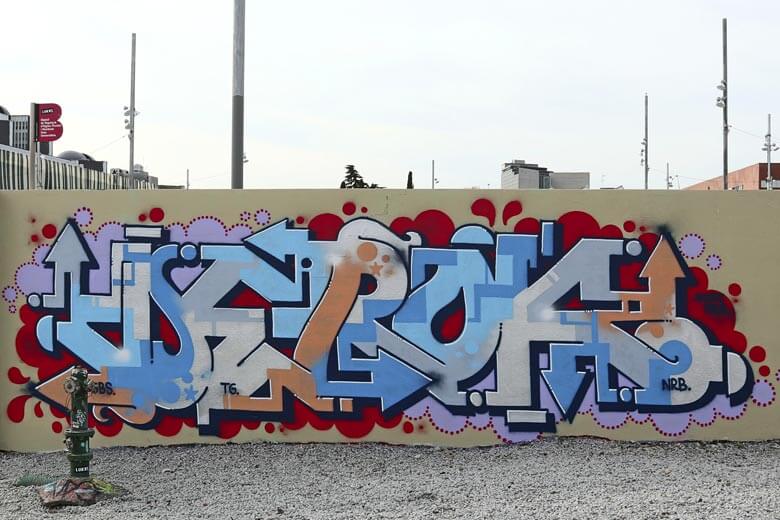 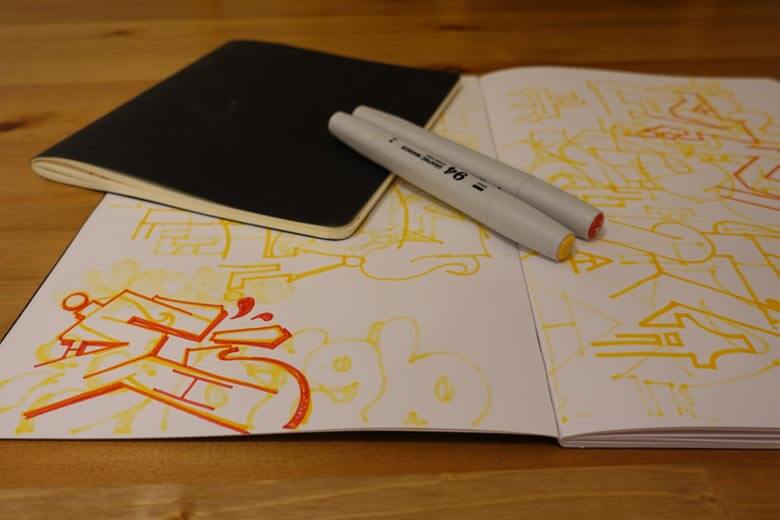 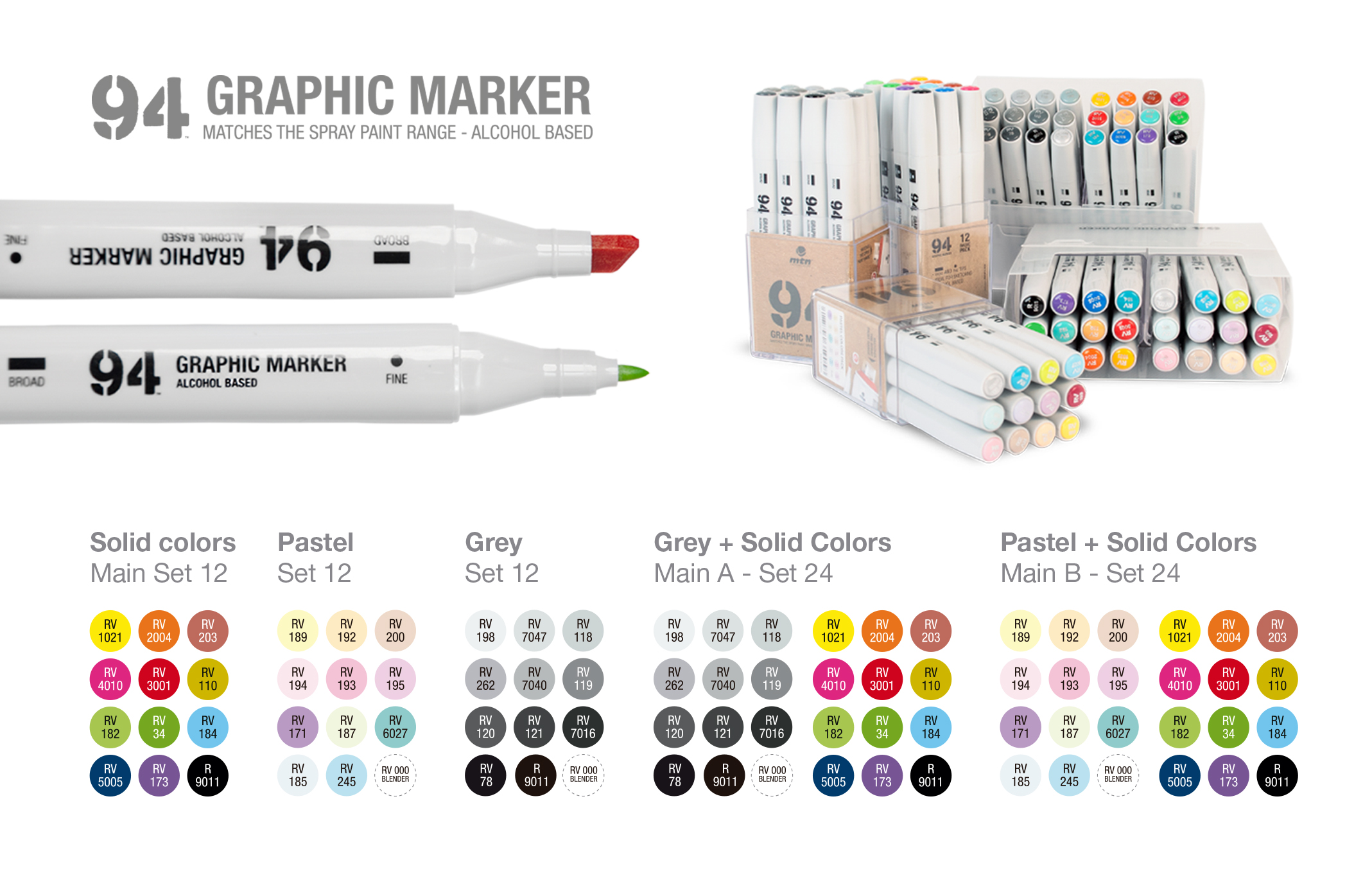