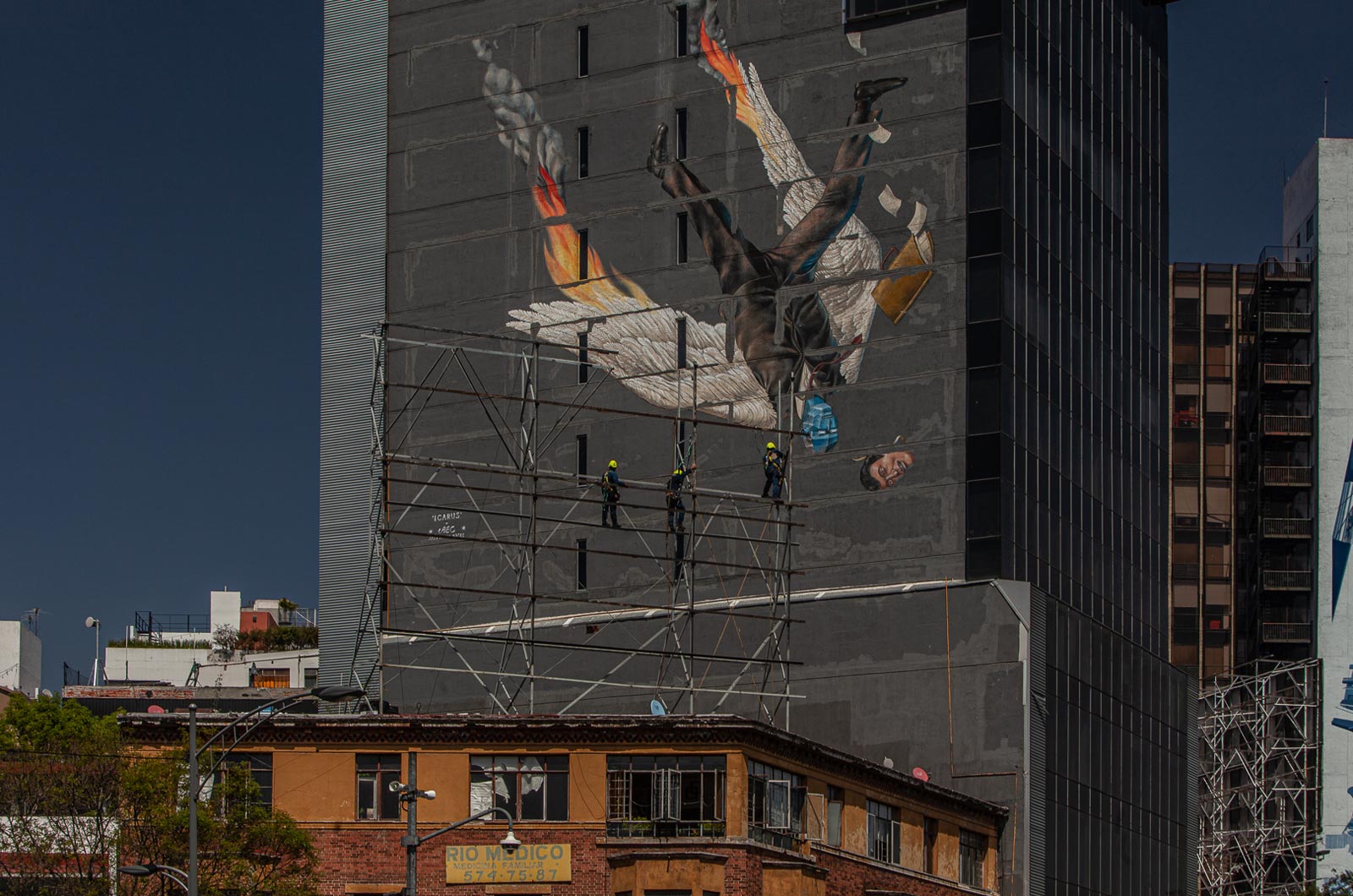 Vincent Cornelli continues to tell us about the experiences from his nomadic life as an urban arts photographer. In this new episode the subject is the incidental encounters that can occur between artists who lead a similar way of living.

“For the last 7 weeks I have been traveling throughout Mexico doing what I do. In that time, I’ve had great pleasure linking up with various artists along the way.

Some of these meetups are pre-established, but many connections occur sporadically in a seemingly simplistic alignment of the stars. Often it needs to be this way – organic – and that’s part of what makes it beautiful. Whether it’s my ever-changing schedule, or that of the artist – when both live globally, you either cross paths, or not. Sometimes you’re riding the same wave with an artist for many months, connecting in various countries or projects…and then, poof – you won’t see them for a couple years. 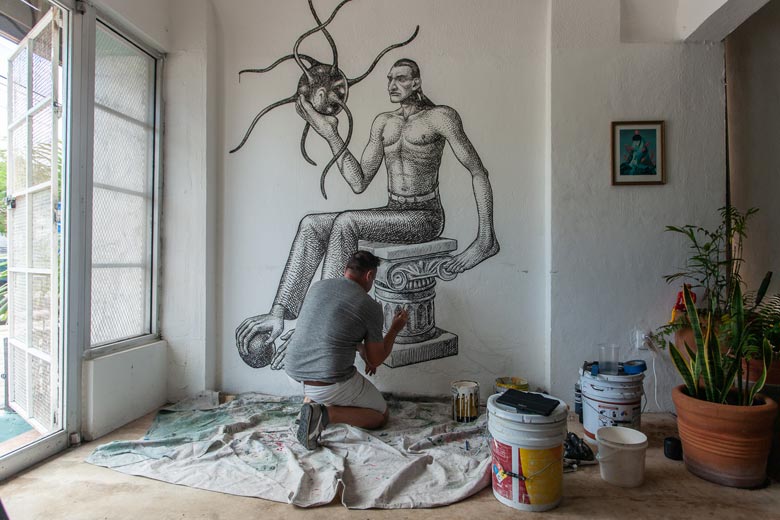 I first met Alexis in Kiev back in 2015. We spent a couple hours walking around the city whilst getting to know one another. Keeping in touch on and off since, we never seemed to be able to connect – not until two weeks ago where we both found ourselves in the state of Quintana Roo, Mexico.

We did some snorkeling together in Puerto Morales, and washed the experience down with some fresh ceviche and a beer. A couple days later, we met up in Cancun at The Stills, with Aleksei Yuliya, for a little paint action – photo2.

Prior to arriving in Quintana Roo, I was in Mexico City where I captured this image of AEC’s work entitled Icarus – realized during The Beauty Project Mexico in 2017. In his own allegorical and surrealist interpretation, AEC sends a powerful reminder of meaning behind this mythological tale…one that continues to be quite relevant in the world we occupy today. It’s a cautious reminder of the consequences of over-ambition, narcissism, greed or power – to remain balanced and measured in such ways, by not flying too close to the sun and burning those wings that brought you there in the first place.