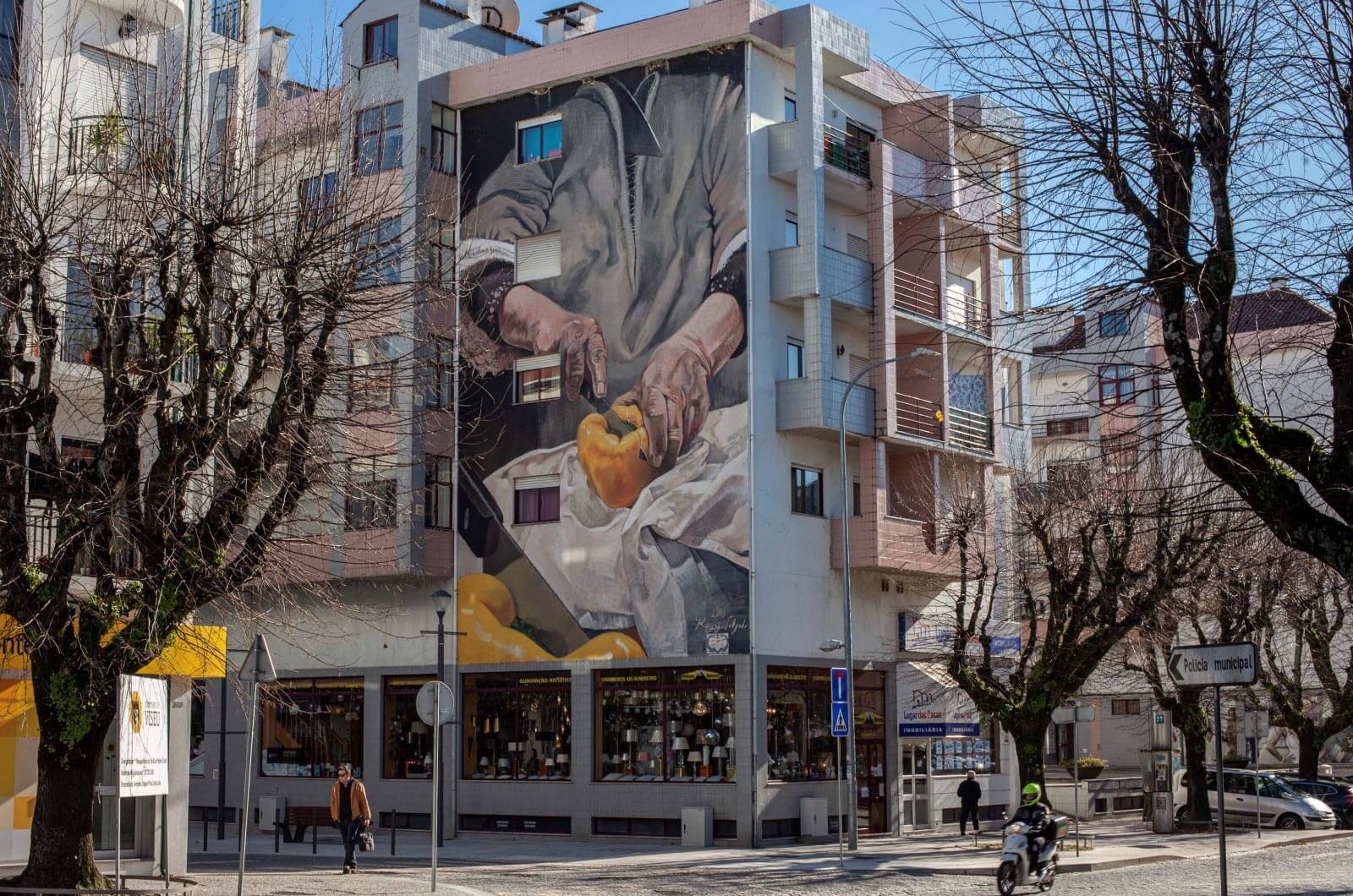 We bring you two new episodes from the adventures of the photographer Vincent Cornelli with images from Portugal and Peru. He explains about his experiences from the Portuguese coast through a quite interesting story from how he had to face misfortune and different adversities in the struggle to get the desired photograph. Pay attention…

I always enjoy coming across many of Regg’s walls in Portugal. The color palette here is perfect. This piece was done for Tons da primavera curated by Federico Draw. 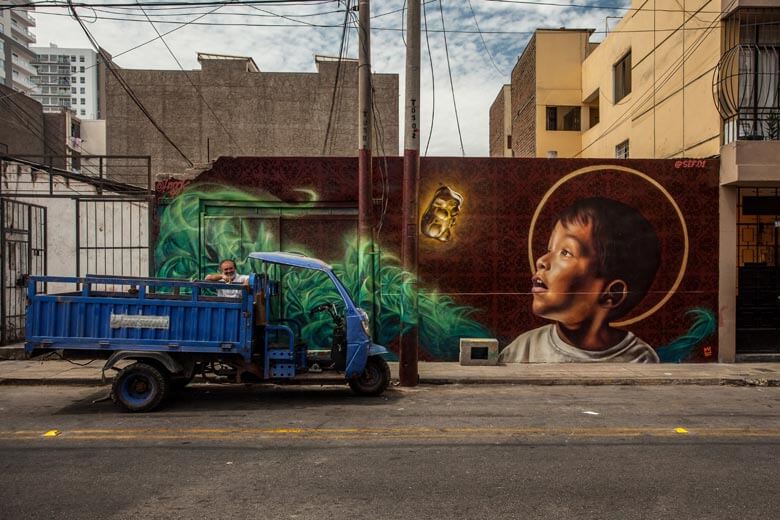 A couple years ago, I remember seeing ZOER post a few photos of this ship in Setabul, Portugal. It immediately became clear I needed to get there, if even only to photograph this one particular piece. In late 2019, I arrived…but as a shell of a man.

I was in the middle of a rather intense road trip through Spain and Portugal. That day, I had woken up in Cohvilla, photographed, drove to Figueira de Foz, photographed, and then onto Setubal, arriving in the evening.

But earlier that day I had stepped into the Iberian peninsula phenomenon that are Asia/China Markets. A one-stop shop for all cheap things not really food related, with stores sprinkled across smaller cities and towns throughout. I had just swapped out rental cars, and needed to pick up a handsfree iPhone holder – helpful for the Google, mostly maps of unfamiliar roads. Falling a euro short to satisfy the credit card minimum, I bought the first thing I saw at the counter – some sour gummy candy stuffs.

Oftentimes on a day I’m shooting in multiple cities, I regularly forget to eat, or don’t have time…so in that last leg of driving, from Fig to Setubal, I had nothing else to eat in the car…only what I later learned was pure poison.

So now the WAZE is taking me the fast route…right? Straight up into the mountains, the sun going down, long dark narrow windy roads with little protection should you veer toward the edge of the cliffs. So I dropped this poison at the start of this 2.5 hour drive in the mountains…and about an hour in I start to get sick. Very very sick. It felt like a hole burning through my stomach. My head was spinning, and with a bit of tunnel vision on the dark winding path. With such intense days to follow, I needed to stay on schedule…couldn’t stop. plus, in those super dangerous spots there was no safe space to pull over and park it…so I played through.

I landed on the hotel bed, and didn’t leave the room for 2 nights. I was completely floored – delirious, sweating, and all the fun bathroom stuff. Now a full day behind,  still not knowing exactly where this piece was after all the searches – even after scouring the coastlines of google maps satellite view, I couldn’t find it ahead of time. I had asked the folks at a couple restaurants and hotels if they knew where this piece was, but I was unlucky in my public inquiry.

Two mornings later, while somewhat delirious, waking with a stiff sweat, I thought about my late father…a fisherman tried and true. And I remembered – if anyone knows the intricacies of the sea shore, it’s the local fisherman. So, I put on some pants, and went to the pier to talk to a couple Portuguese fishermen. Sure enough, just after the sunrise, I found myself at the boat.

If you made it this far, that’s the story behind this photo. 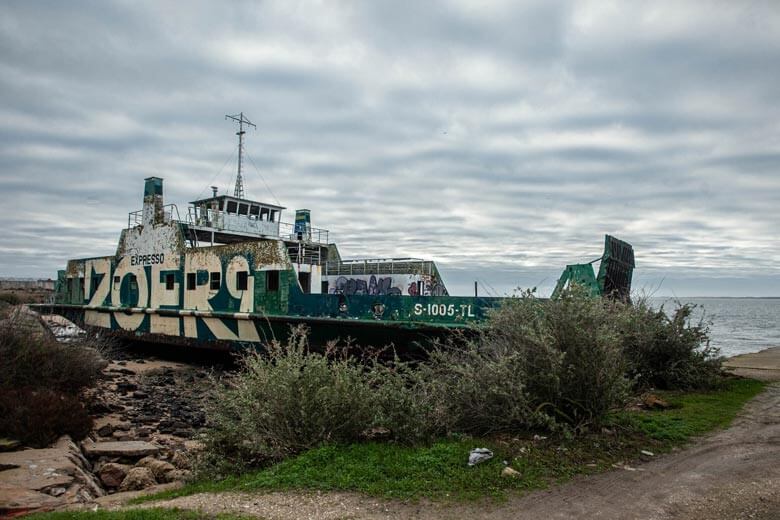