THE BOOK “PATIPERRO” IS HOT OFF THE PRESS 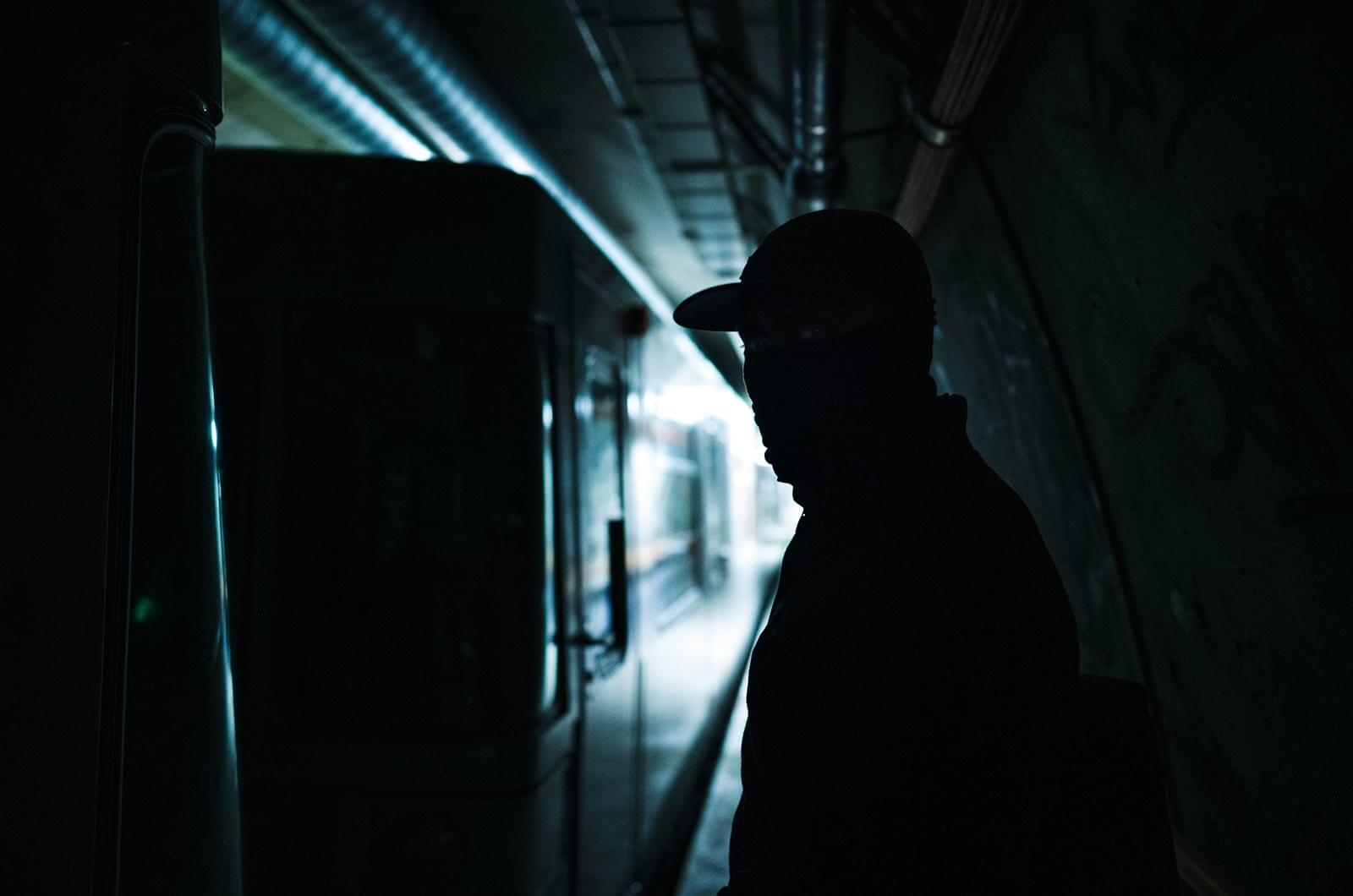 The editorial production about the adventures of Ale VLOK has just come out of the oven and will be served up soon. The intrigue behind this interesting project led us to ask him a few questions about the book’s production process. And his answers were more interesting than we could have hoped for!

Last January we made the announcement and, after 16 months of intense labor, words translate into action. “Patiperro,” the book that explains the adventures of the Chilean writer Ale VLOK painting trains and subways around the world, has come off the printing press. In addition to the fact that Montana Colors has collaborated on this original project, we found it fitting to investigate this publication a little deeper, one which goes far beyond an ordinary graffiti book …

Ale VLOK himself has provided us with a series of collages that serve to illustrate the process of creating the book and to accompany this interview. Stay tuned in the next few weeks, because the launch of “Patiperro” is imminent and will be accompanied by a new teaser. 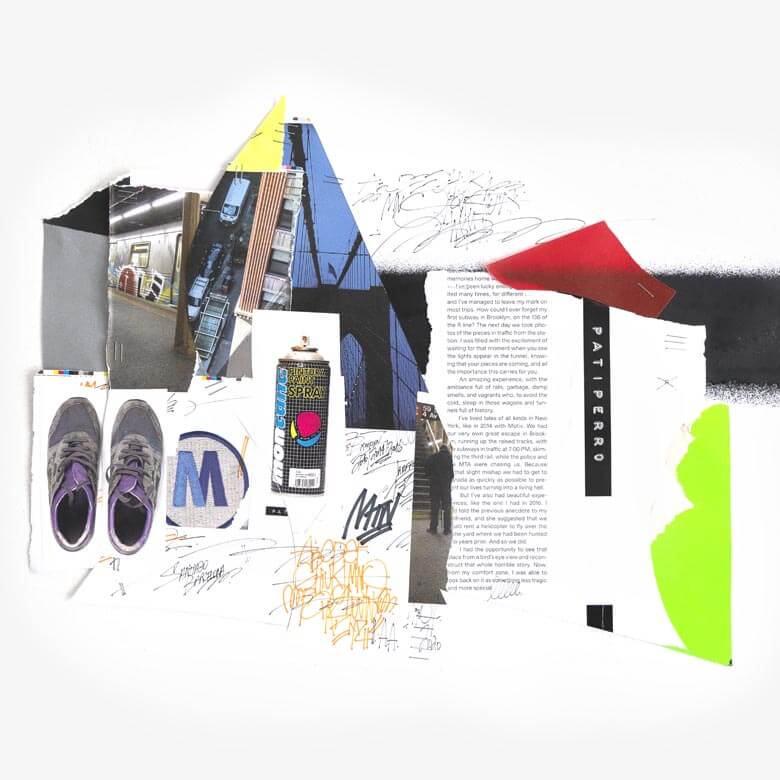 “some information came to me that the police had a couple of fairly clear pieces of evidence against me and were following in my footsteps.”

Could you explain the first feeling you had when you saw the book in physical form?
It was quite strange…I had been waiting weeks for it to arrive, and with everything that has happened with the pandemic, the sample returned to Spain and was sent back again and again. The third time it arrived. Considering it was the most important package I’ve received my life, my reaction was not what I expected. I am a very demanding person with my things and in general I am never completely satisfied: I have this fault of concentrating more on small negative things than on positive ones. But over the days I’ve been relaxing and I can enjoy being able to see a part of my life taken to paper. In the end it’s logical to be fond of something so special to me.

What was the biggest complication in the whole process?
During the final phase in which I was fine-tuning the details of the book, some information came to me that the police had a couple of fairly clear pieces of evidence against me and were following in my footsteps. So there was a big possibility of receiving a visit in the early morning at my home. This made me act very quickly; I had to change my workplace and leave the book files stored in bank safety deposit box. I had to go get them daily to be able to finish the book. In addition to all this stress, I had the task of investigating the best printing options with the help of Montana Colors. In the end we found a very good option in Catalonia. 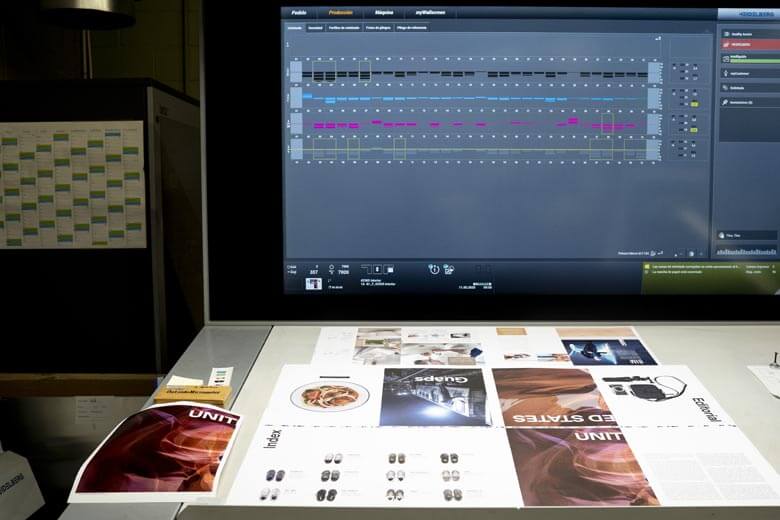 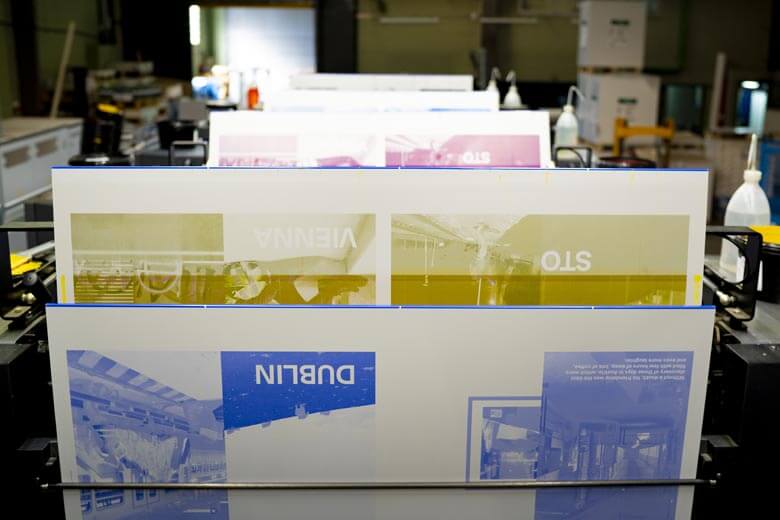 The book has a very generous format, the dimensions of its pages paper weight have made it quite large. Why did you choose this size, knowing that it could be a bit ostentatious?
I didn’t want Patiperro to be a traditional graffiti book, with a standard format like a cookbook or books on tourism. My idea was that the photos should be viewed in a comfortable way and that somehow people could enter inside them, so I used a size that is more in line with a design or architecture book. I think it was a good decision, since the photos can really be appreciated. As for the paper, I knew from the first moment that I didn’t want a shiny paper. I knew it could be something risky, especially in the photos that have a lot of black, but I was very satisfied. And it’s the same paper used by Tramontana Magazine, but 150 g, thus acquainting the book with the Montana Colors’ editorial projects.

“I am very honored by the beautiful words Vino dedicated to my story.”

Why did you choose Vino to write the text back cover of the book?
To be honest, my first idea was to have one text by Vino and another by Martha Cooper. When I contacted Martha, she told me that it wasn’t possible due to scheduling reasons. I was a little disappointed, but after a while I said to myself…why should I ask people, who even if they are in the graffiti world, I’ve never sat down to have coffee with in my life, and they don’t know anything about me? So I decided that only Vino would write a commentary, since he is like my brother. I’ve known him for many years. He saw how I lived my first years of being illegal in Spain and has been a part of my history throughout all these years. He has also helped me a lot in the making of Patiperro, he was the first person to read the book completely and, without a doubt, he is the right person to give ideas or opinions about this book. I am very honored by the beautiful words he dedicated to my story. 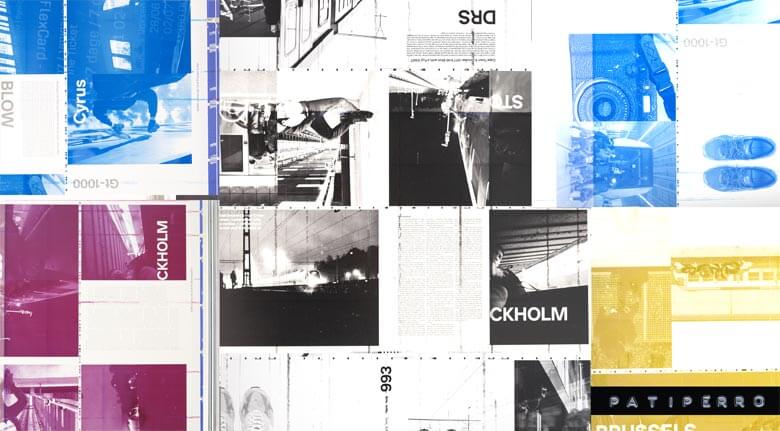 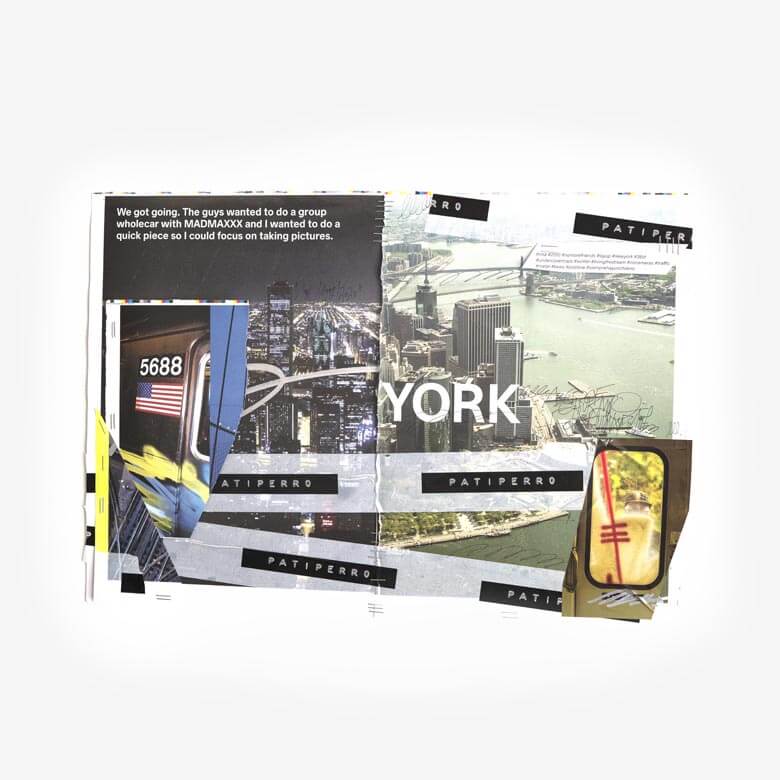 How has Montana Colors helped in the production of the book?
They’ve been of vital help. They’ve believed in my project since day one. Without them this would not be possible. I will be eternally grateful to MTN — I never imagined that I would publish a book and even more under the Montana Colors label, which is something that surpasses all my dreams in terms of Graffiti. It’s as if you were a basketball player and Nike gave you your own sneaker model with your name…something similar is how I feel about this.

There is a marked presence of MTN products in the book…do you think there is a risk that it will be seen as subliminal advertising?
Without a doubt, MTN products are a vital piece in the development of contemporary graffiti, helping me and thousands of writers to evolve their work and, therefore, to fulfill our goals. It should never be forgotten that Montana Colors was the first brand to believe in and bet on graffiti culture about 25 years ago. Also some of my best friends work for Montana Colors and I am always in constant contact with them, and they take your opinions into consideration. It’s also normal that you use the products that your friends make, as a matter of principle. There is nothing wrong with supporting the people with whom you share your life, on the contrary — I am proud of that. 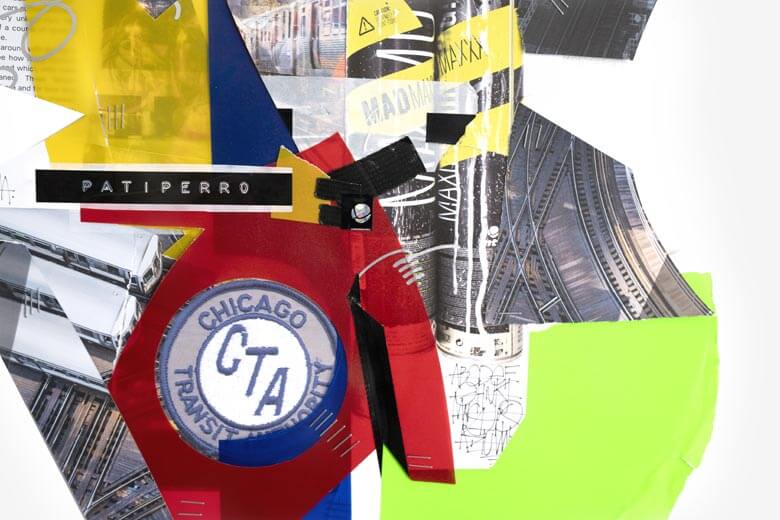 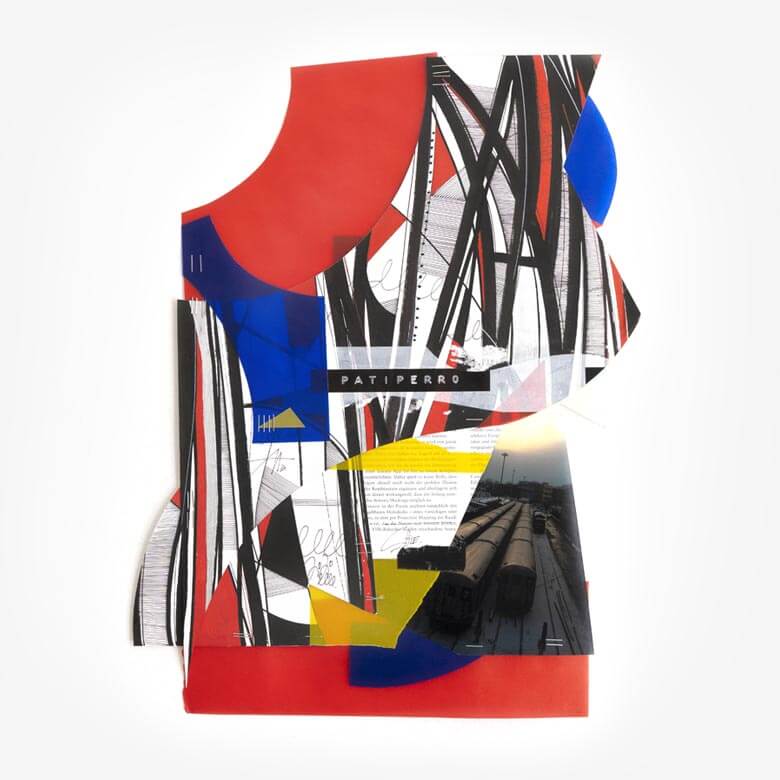 “To make sure I had no legal problems, I made up a fake name to keep in touch with the printing company. It was very funny that every time they called me, they asked for that name.”

If you had to choose a favorite chapter, which would it be?
I think that the last chapters of Patiperro are the ones that I feel the best about and are my favorites today (this might not be the case in 6 months). Vienna, Dublin and Warsaw. I think there, I had a better team to photograph, plenty of inspiration and also a writing style that falls in with the personality of Patiperro. It is normal that, for a project that you work on for several years, in many ways it improves substantially over time, and you can see a difference from when you started. However, I did notice that I didn’t want to go back and touch up or improve some of the older texts since doing so would have lost authenticity with the risk that they would fall flat. In that aspect, I like that imperfection.

Any funny anecdotes in this whole editorial adventure?
To make sure I had no legal problems, I made up a fake name to keep in touch with the printing company. It was very funny that every time they called me, they asked for that name.
Many people say that publishing a book is like having a child. I largely agree, relatively speaking. But I must say that I invested a lot of time and love turning Patiperro into a physical format. It also really helped me to get to know myself and express many feelings that I had inside and that were causing me pain, as well as others that I felt like sharing. The printing process was quite intense, we had several technical problems and I had to visit Catalonia twice to supervise and see that things were in order. When printing started and I began to see the sheets of paper come out, I felt something truly special, as if part of me was coming out printed on paper. It was like seeing a dream come true, my hands were sweating and time passed very quickly while the sheets were mounted on a European palette…it gave me great joy to see this process completed. 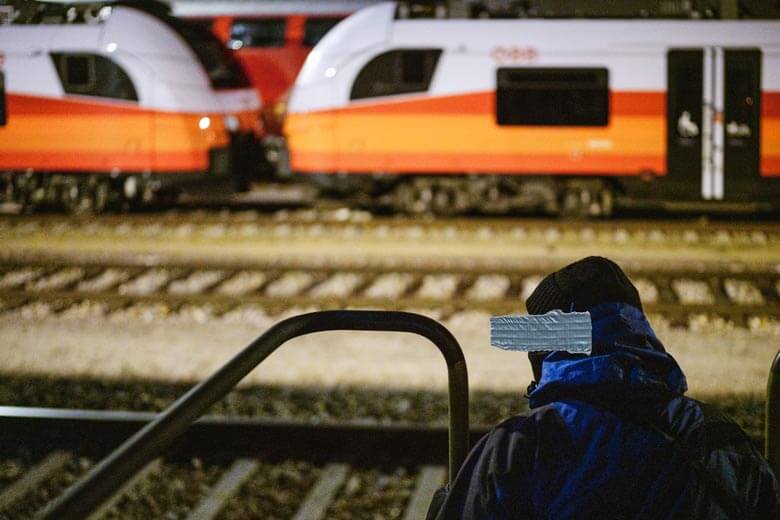 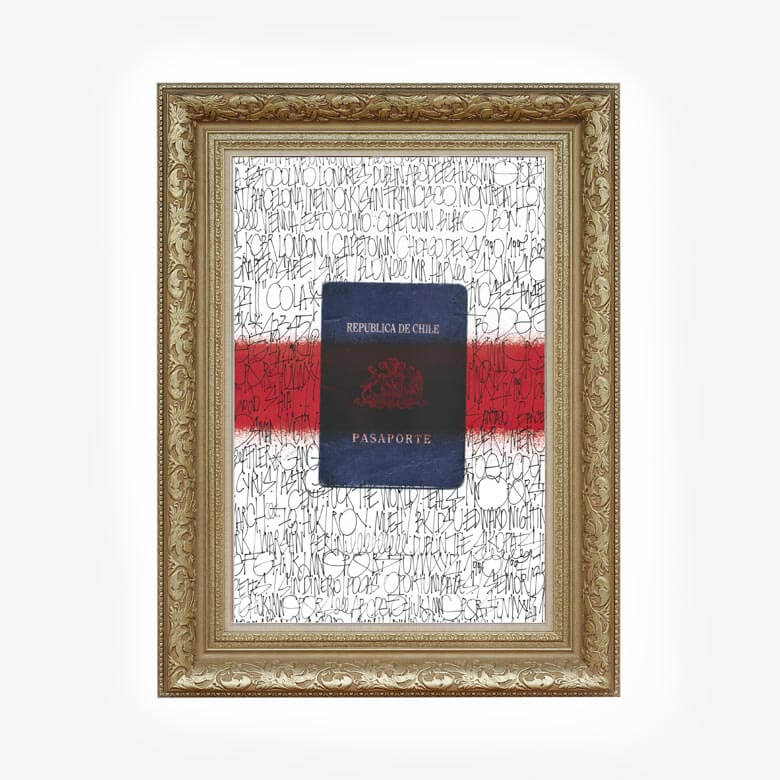 Almost every chapter begins with a portrait of a writer…Can you name a few?
One of the things that perhaps makes this book more original is that it is very focused on the people I have painted with. Afiler, Whel, Toe, Week, Mueh or Moses are some of the writers that introduce some of the chapters.

There are many works of art (collages and paintings) in the book…is that Ale’s future?
Difficult question, since we’ve undergone such great changes in recent months, it’s difficult to have any long-term plans. For now I’m working a lot of hours in my studio generating and developing my creativity, always with the idea of ​​reaching a level of feeling satisfied and creating something that’s 100% me. As for travel, I think that will change dramatically and that we will not be able to enjoy that global connectivity that we had before. It was truly a luxury to be connected to the world at reasonable prices. So now I’m looking for a place to live with a garden and starting to look at other options in which to invest my time hahaha…. 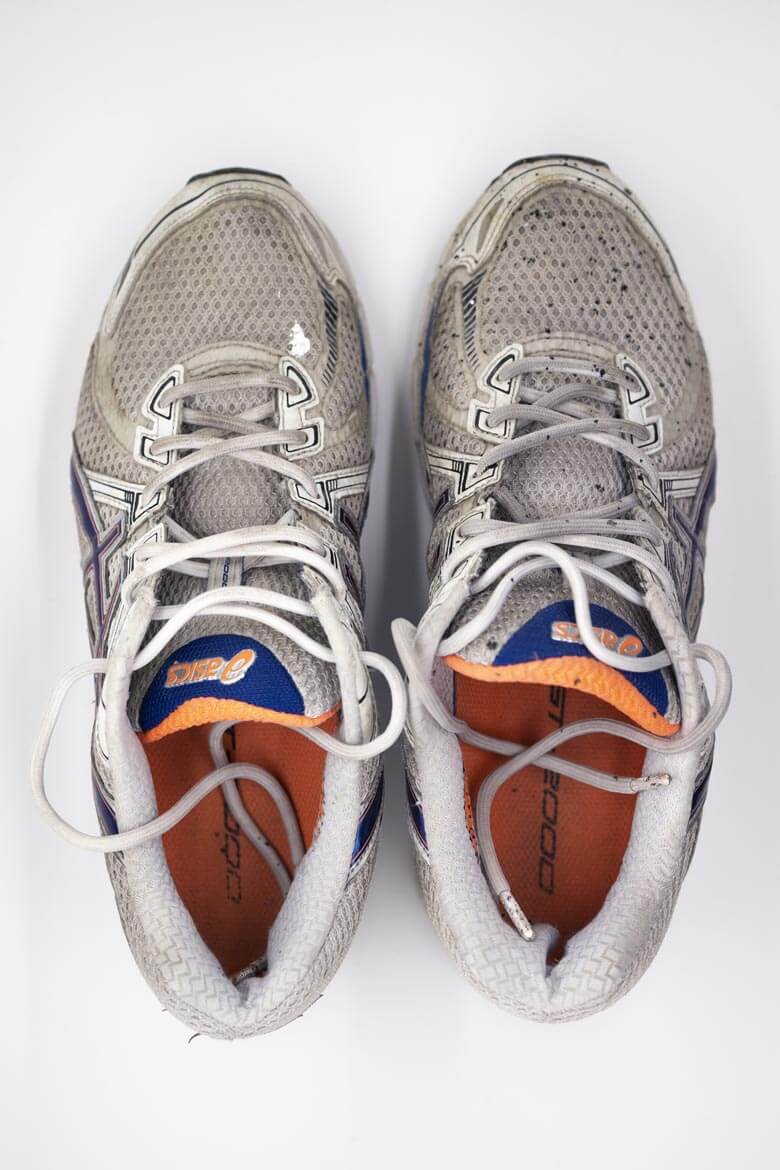 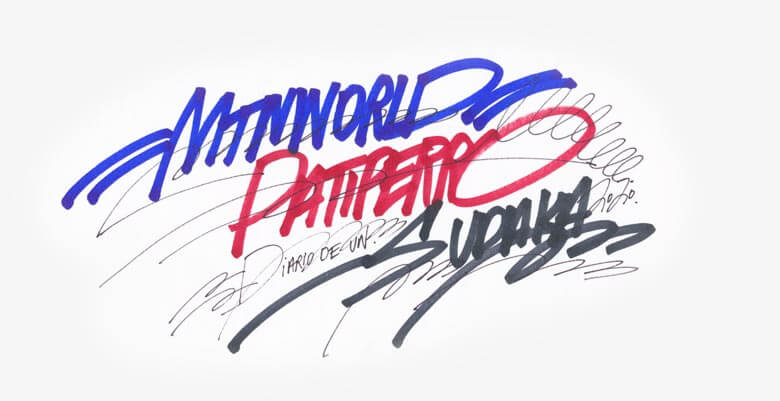 THE IMAGINARIUM OF: MEMO INS