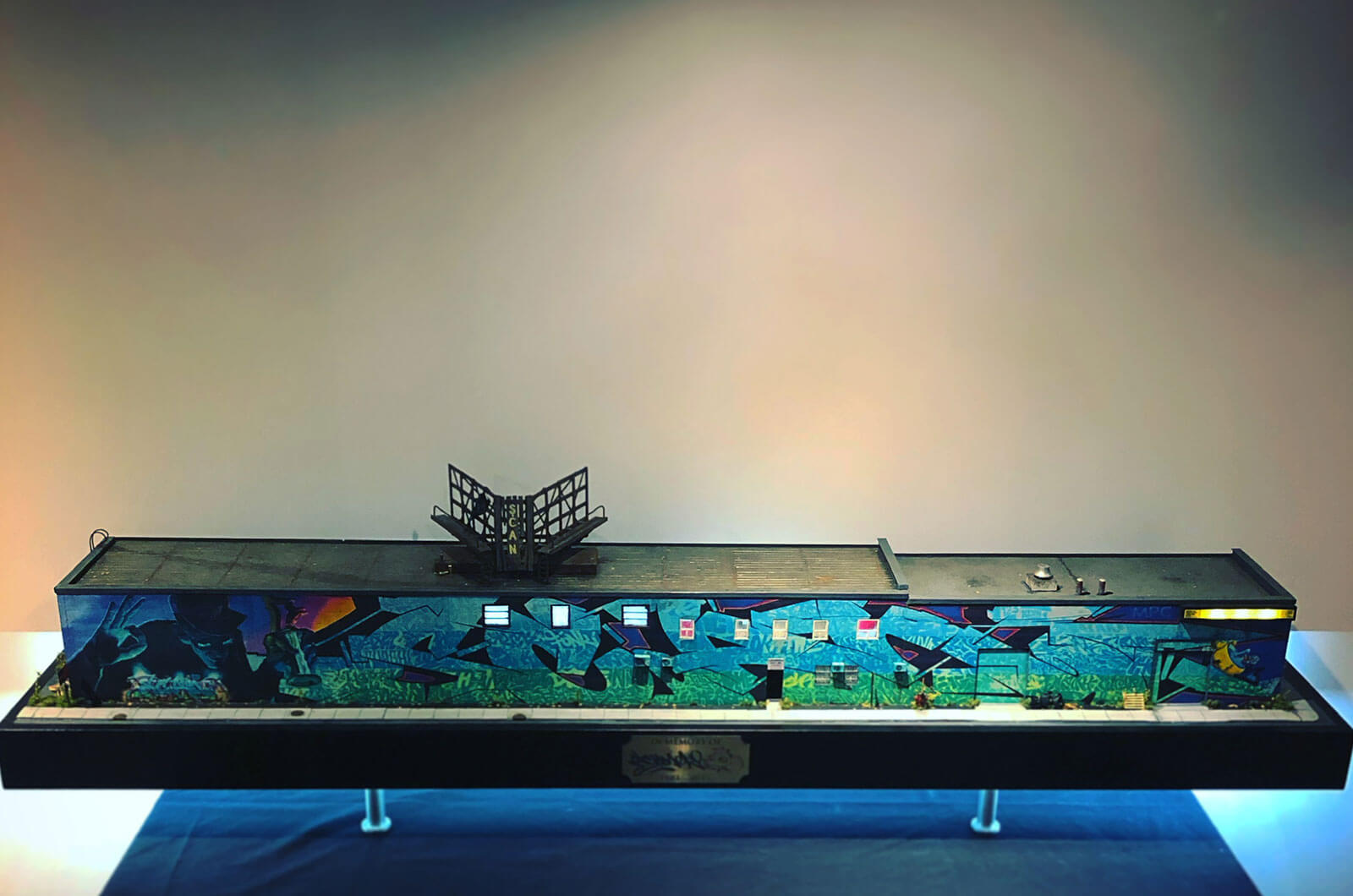 Pieces of reality. This is how we could describe these amazing dioramas, urban corners where graffiti is the protagonist. Behind some of the stories there are hidden situations that tell us about the authors and that transcends their anecdotes to form part of our history in a great way.

One of the most recurring phrases these days of pandemic is the one that begins like this: “We live in an era full of uncertainty …”.  Leaving aside the “navel-centeredness” of this assertion, since for a large part of the planet’s population living in uncertainty is part their daily life, and comparing it to the area of urban culture, we can see that it is not so bad.

We covered our faces with masks, wore gloves and generally practiced “social distancing” long before this. 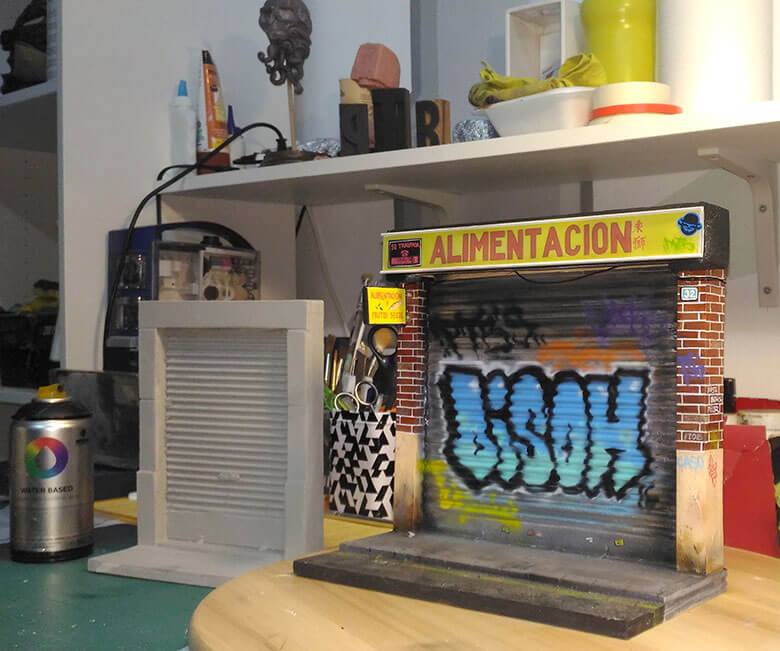 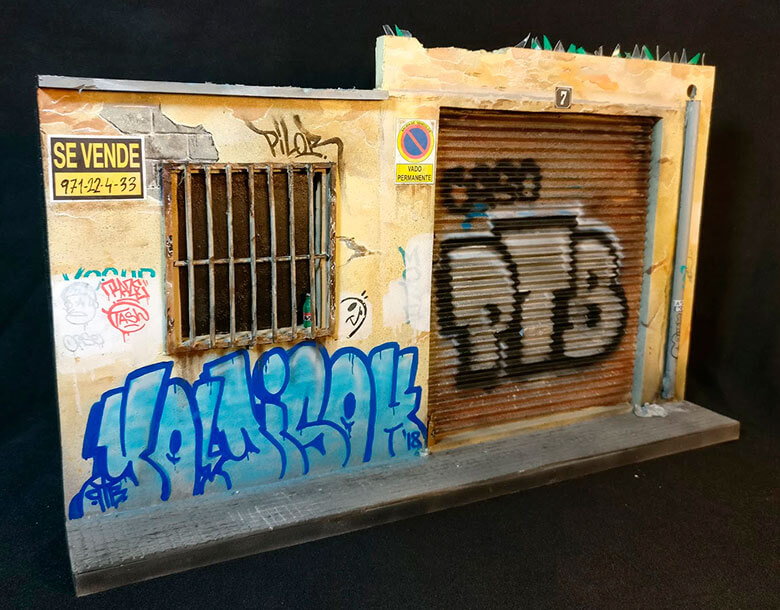 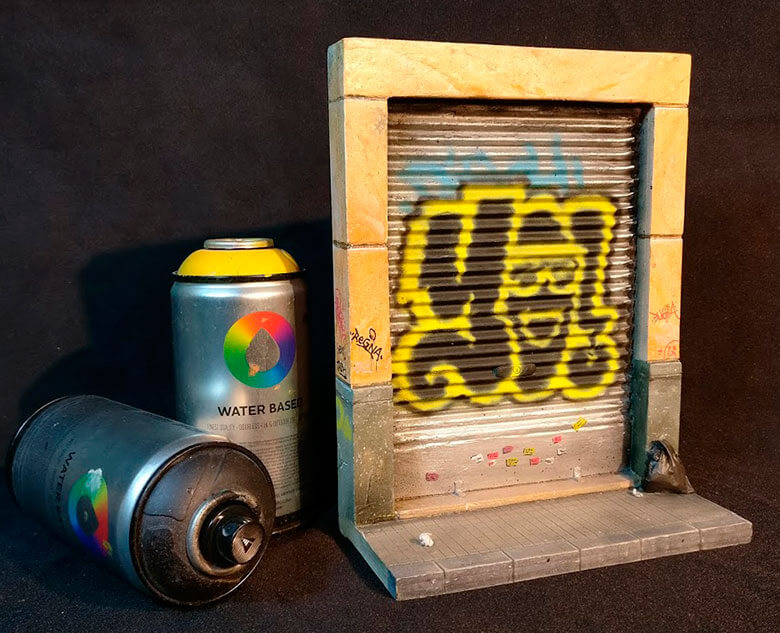 Although it is true that confinement has affected the countries of the world in a different way, and that to a greater or lesser extent the situation has taken us off the street, but that has not stopped the creativity of millions of writers and artists.
In this case, we look at some artists who brings the streets to their homes with small scale dioramas that faithfully mimics the urban environment. From Mallorca, Belgium or Montreal, these artists directly or indirectly share a cultural connection. 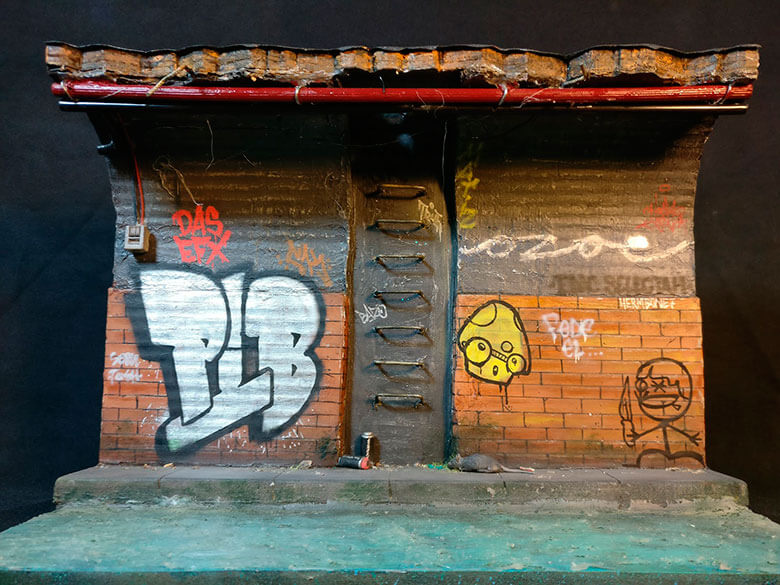 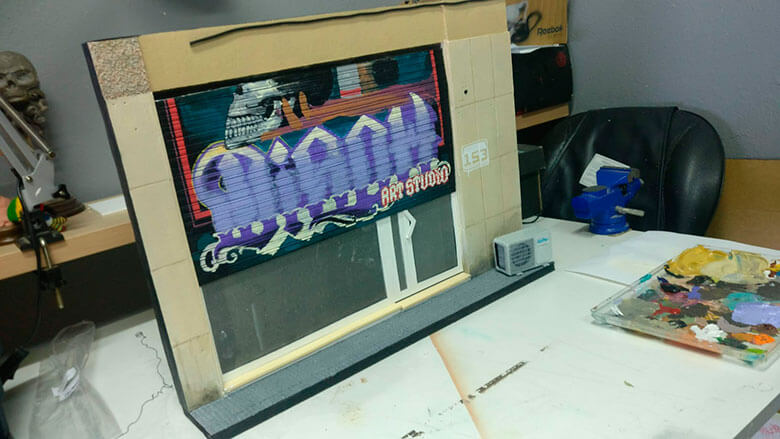 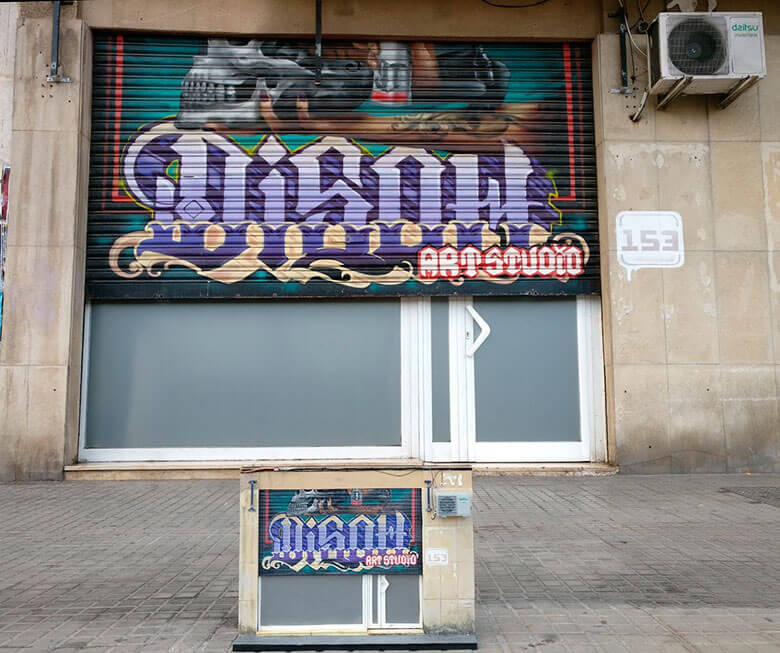 Disoh from Mallorca tells us: ‘the one on the door of my studio is the first one I made of real life 1/10 scale, but I have a project to make replicas of reality, it is very fun to look for solutions and to be able to build it in miniature, and painting them is a joy. ‘ 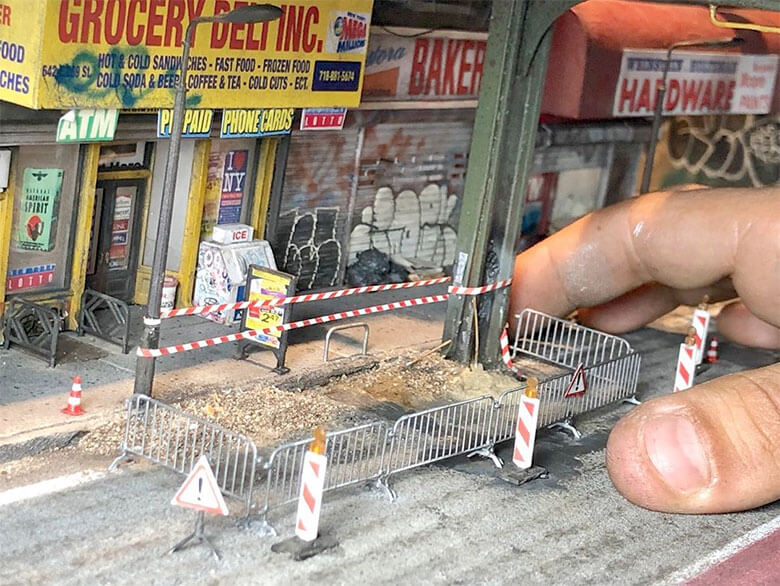 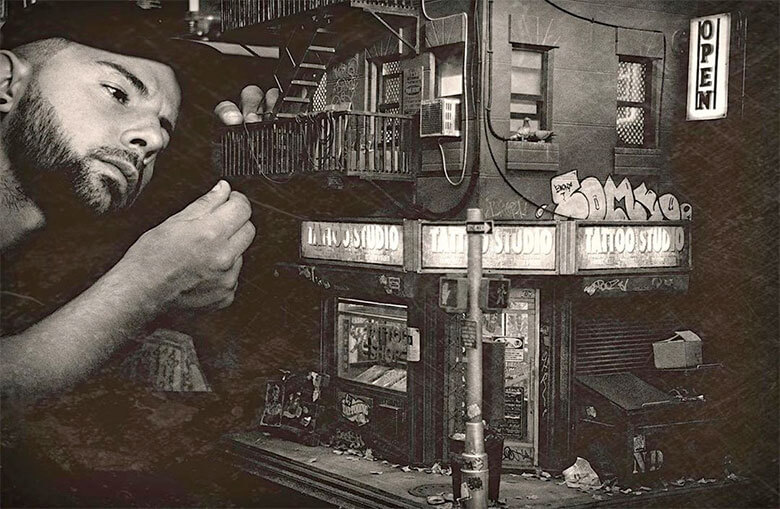 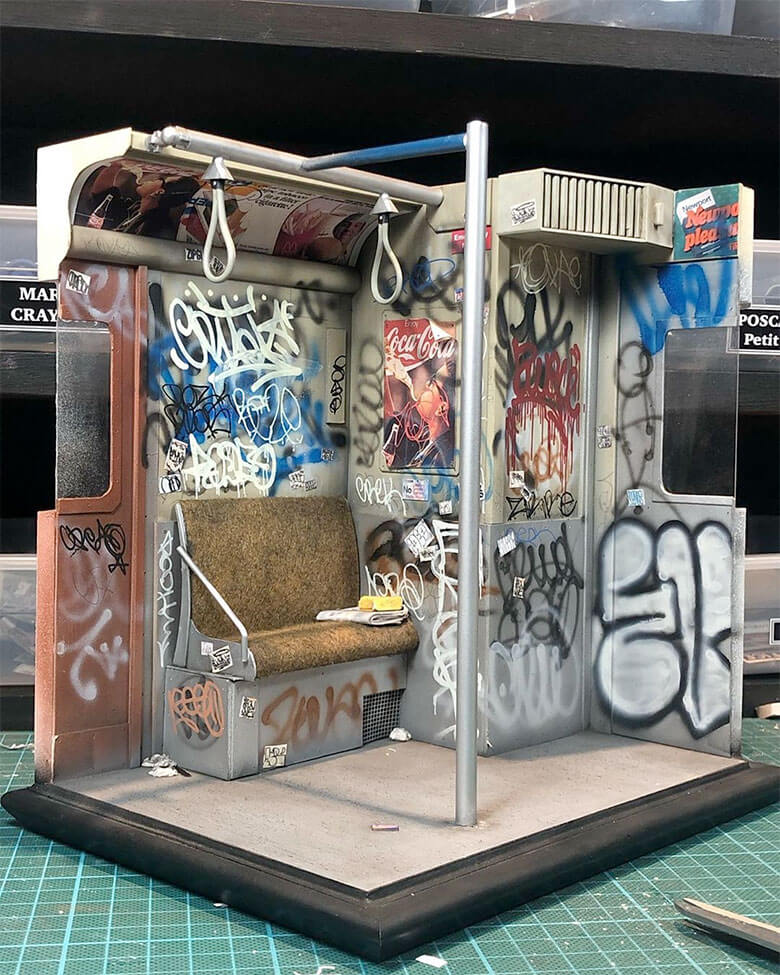 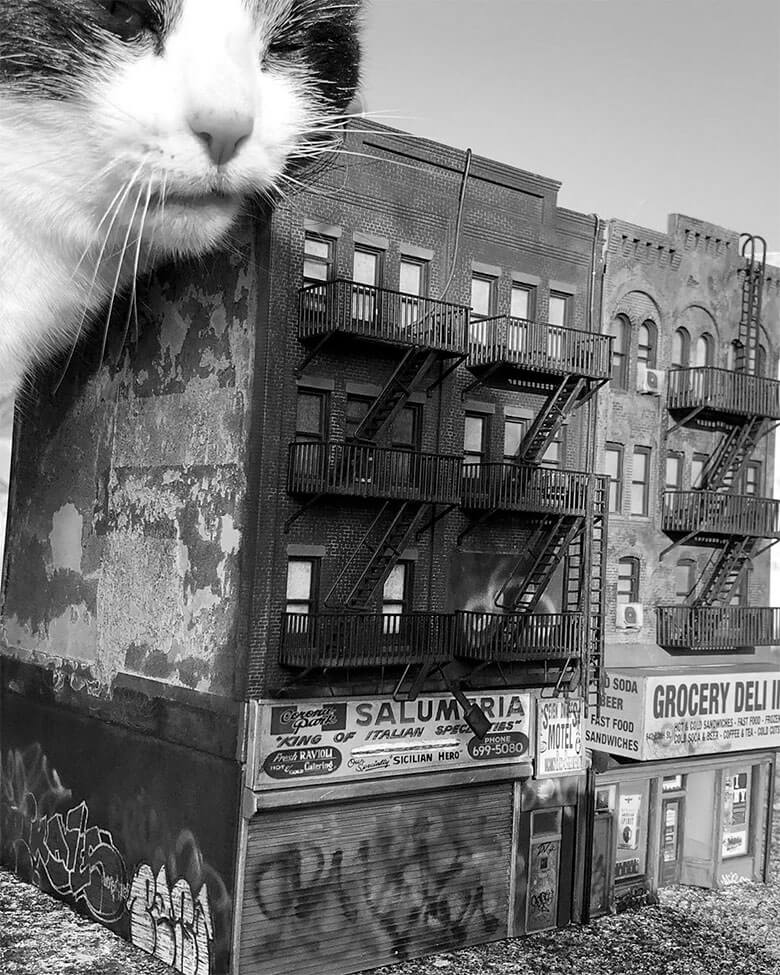 Kévin D’ Alenti, Belgian by origin, transports us with each of his dioramas to the streets of New York by capturing his essence in a very vivid and pulsating way, making it difficult to distinguish between reality and fiction due to his perfectionism. 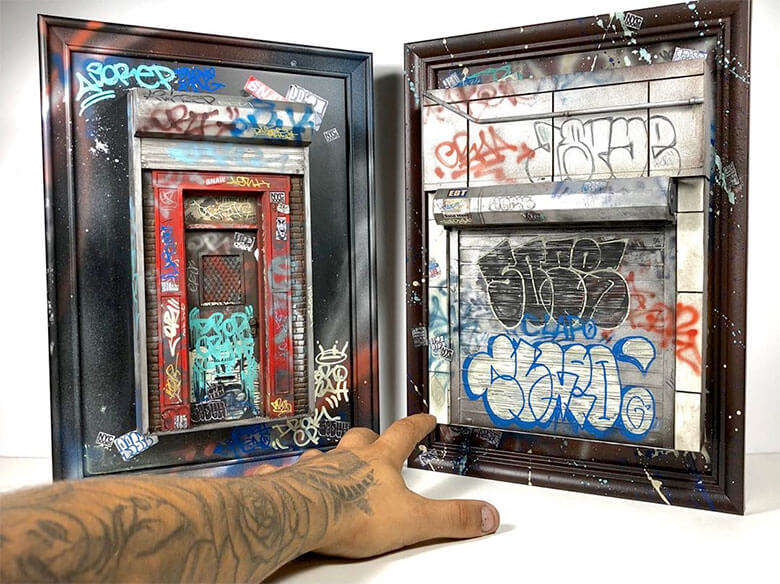 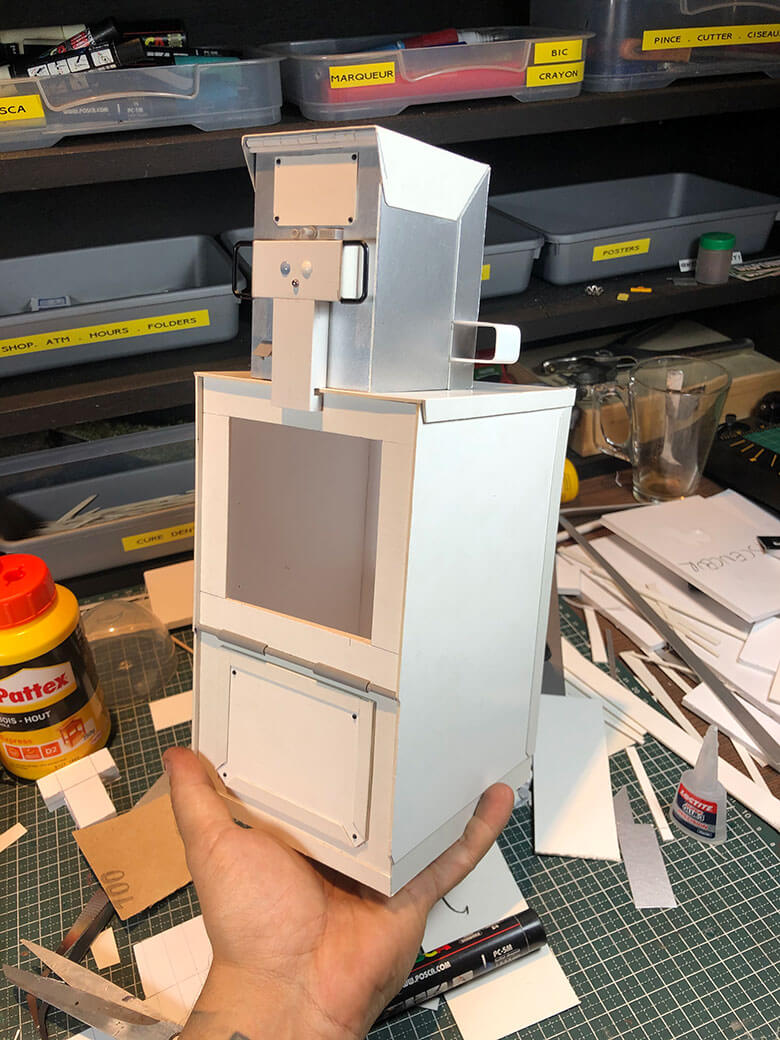 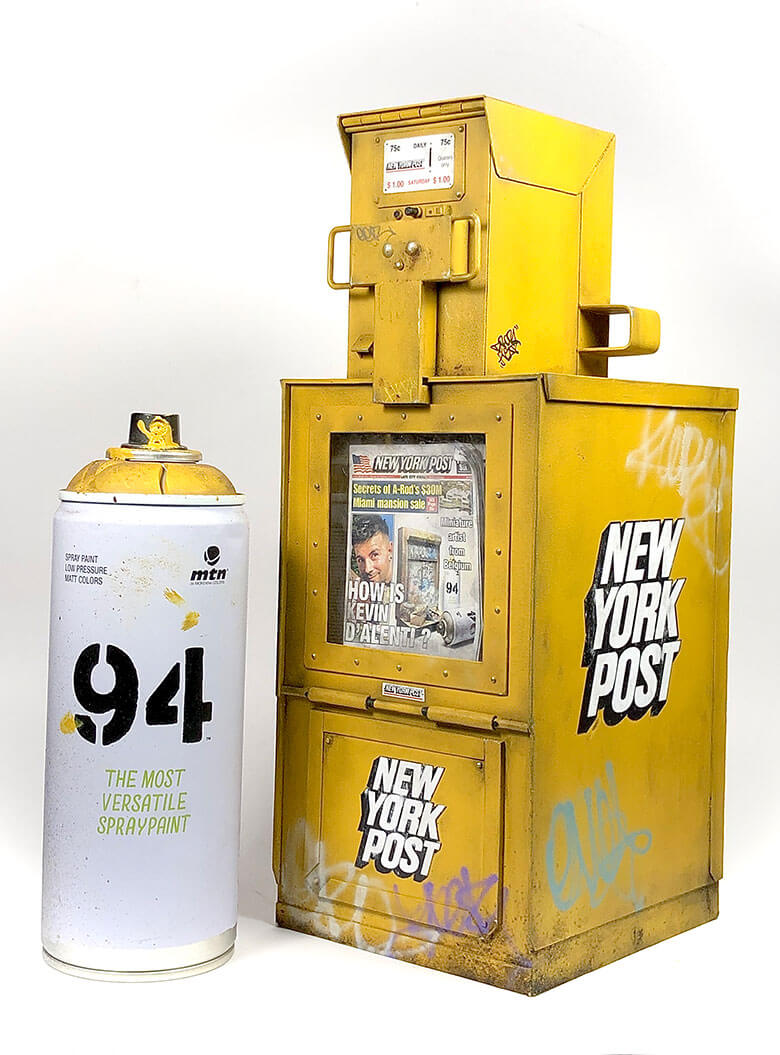 The case of the Canadian Sam Evangelista explains how the idea of ​​creating this boombox arose: ‘In my daily work, I have a friend who became a kind of business partner. We did a project together and he started a bicycle business, and I ended up painting bicycles for him. One day we were talking about the Montreal graffiti scene and he told me he was a good friend of Scan, so we tried to organize a collaboration of some sort with him. Unfortunately it never happened and Scan passed away. My friend was very sad about the loss.’ 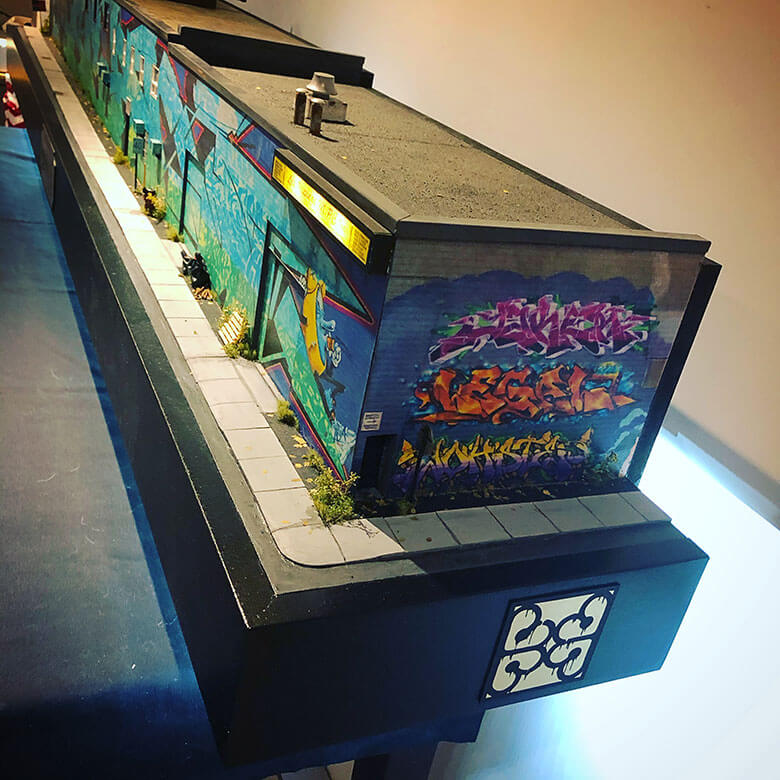 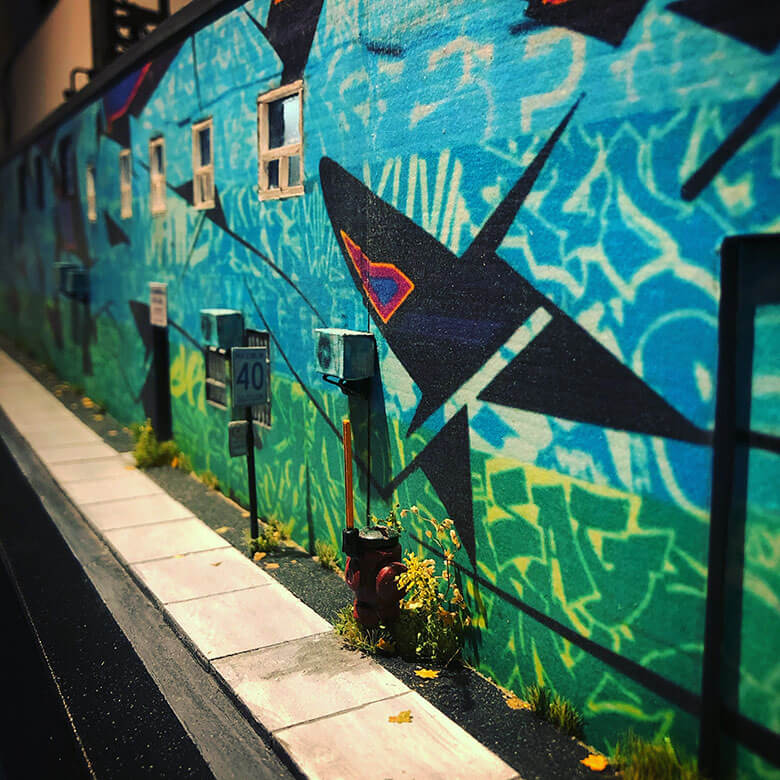 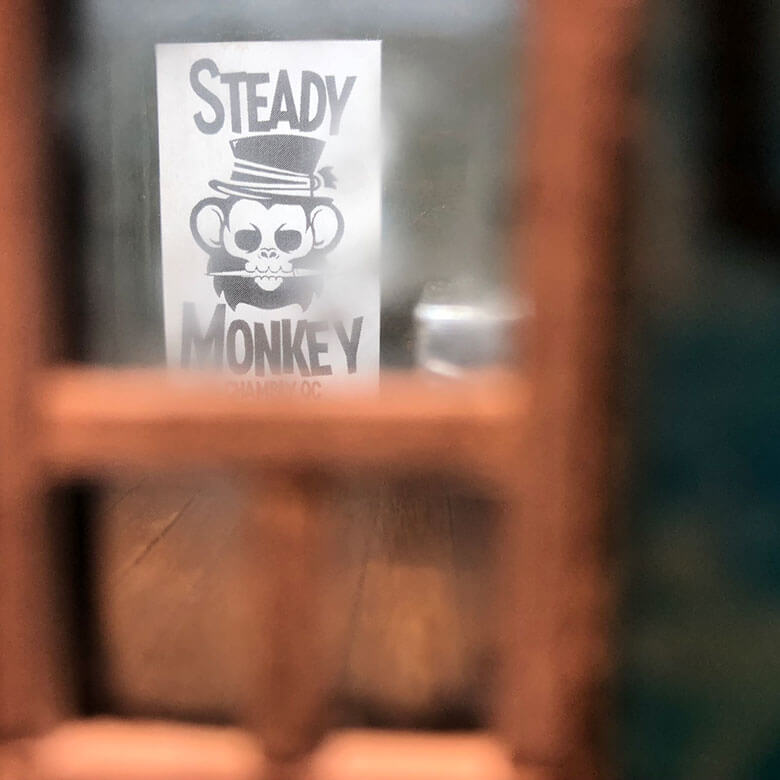 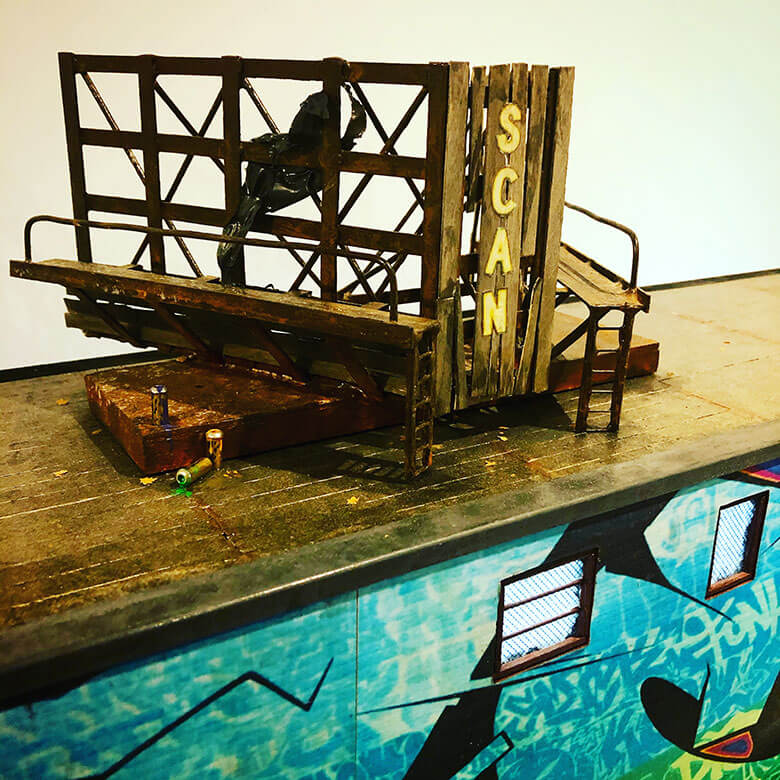 ‘I wanted to build something nice for him to remember his lost friend. I had never created a construction on that scale, but I gave it a try and I wanted it to be impressive. Initially it would have been much smaller, but after printing the artwork I realized it was going to be huge. I used a fibreboard and various scrap materials that I collected over the years. When I had half the work done, I realized it was going to take up a lot of space, and that it would be better if the construction was built to be functional. So I transformed it into a boombox. I kept the project secret for almost 4 months and finally gave it to him as a Christmas present.  He was speechless, truly grateful that it was built to honor Scan’s memory, and also as a reminder that friendship should be valuable because we never know what will happen tomorrow. Scan said that time is gold , and this piece represents this.’ 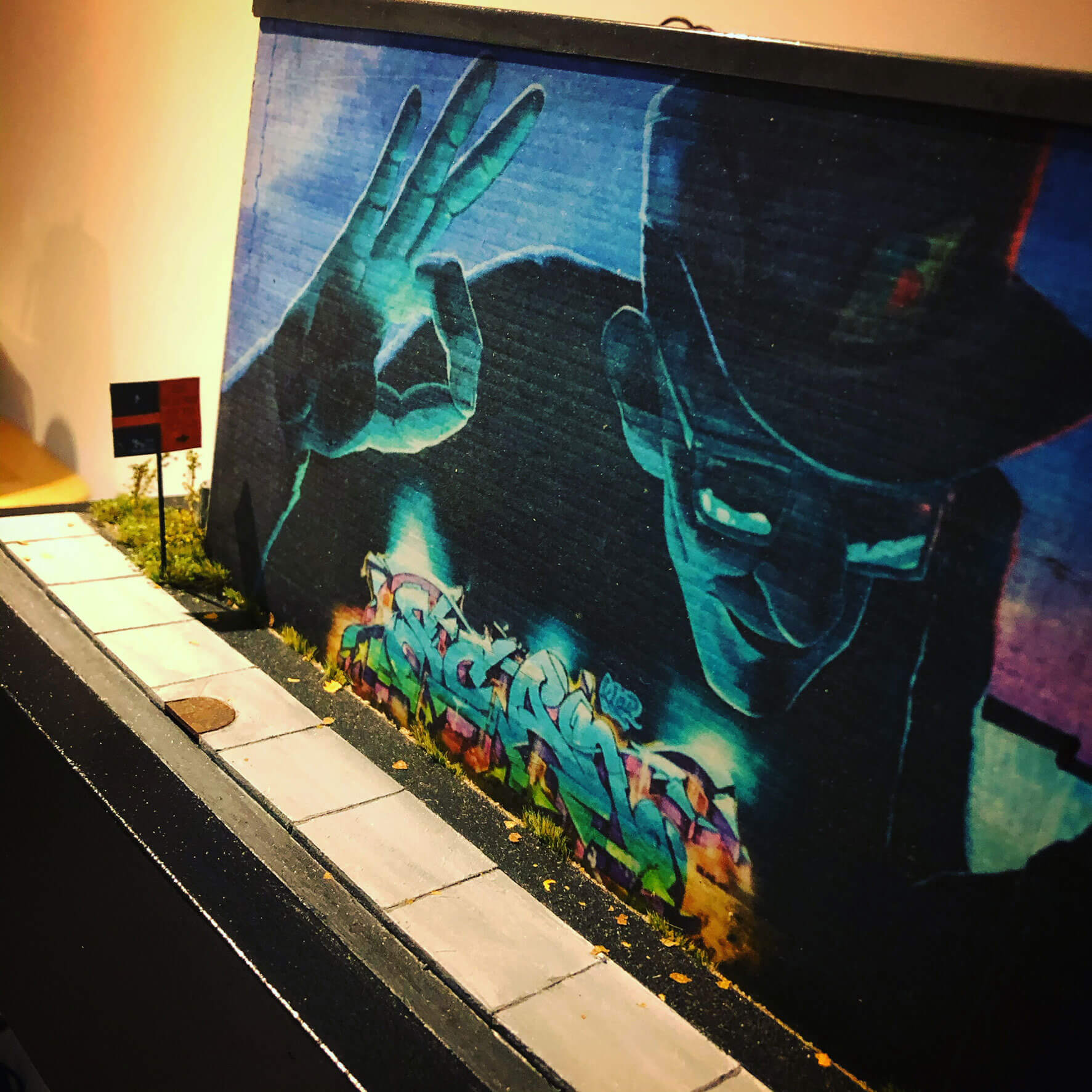 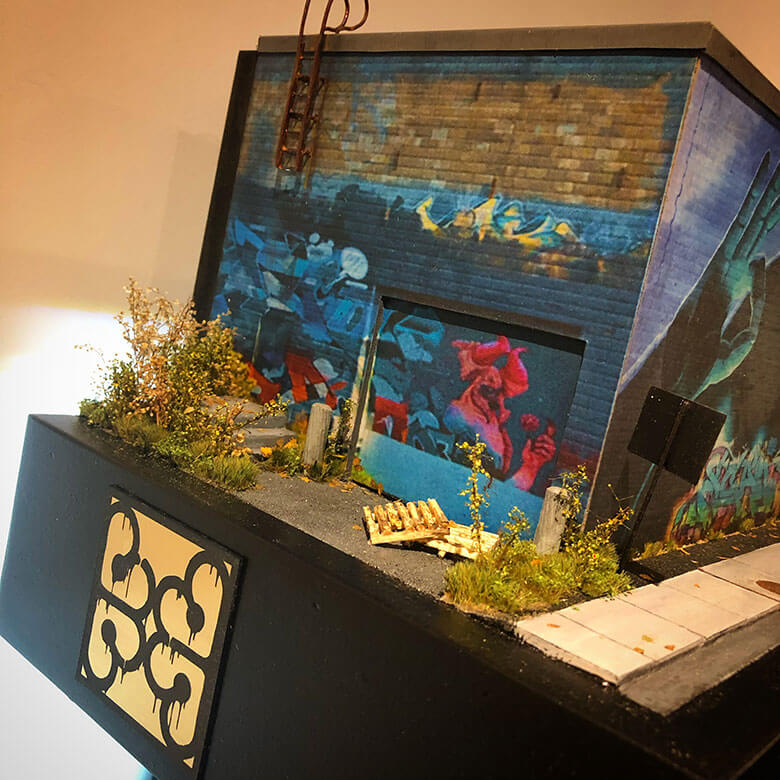 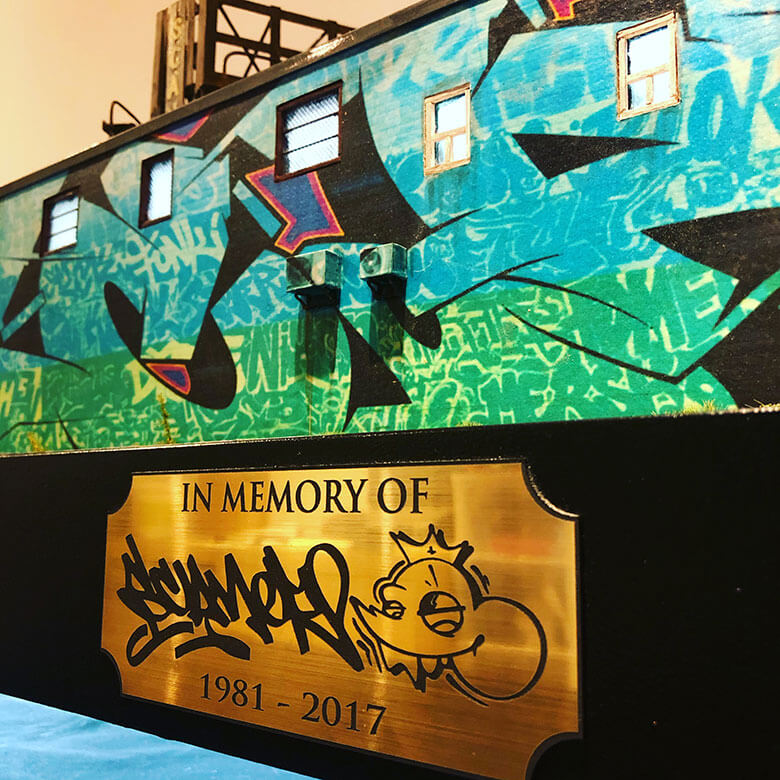 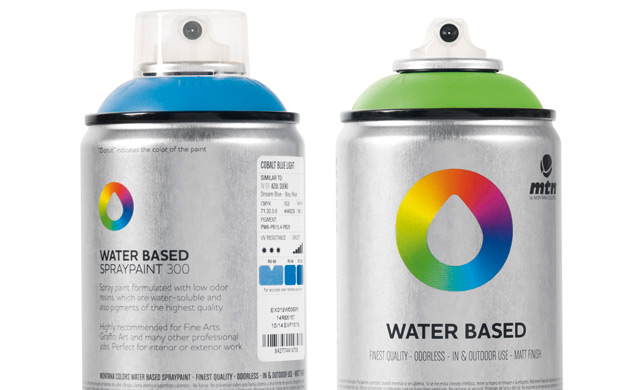