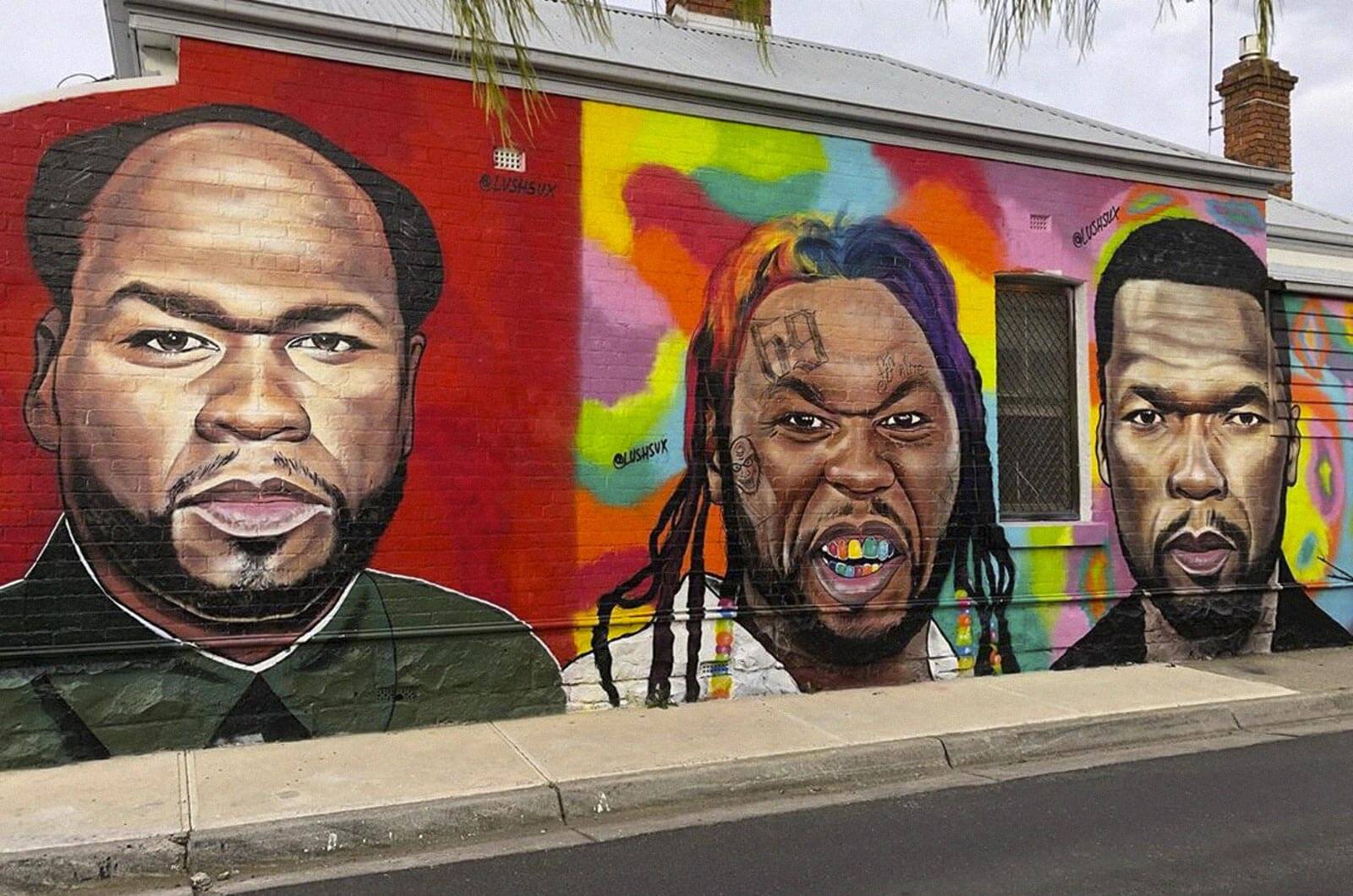 A series of portraits by Lush dedicated to 50 Cent have become the gossip of some of rap’s most legendary international players.

We haven’t talked about the most irreverent Australian street artist in a while, but this time he’s earned it.  Taking advantage of Tekashi 6ix9ine’s return after his soap opera with the FBI, the artist from Melbourne has crafted his most recent works with controversial allusions to Tekashi’s role as a snitch or informant.  A strategy that, in the line of Lush‘s work, has no other purpose than going viral through morbid curiosity and the provocation of famous people. 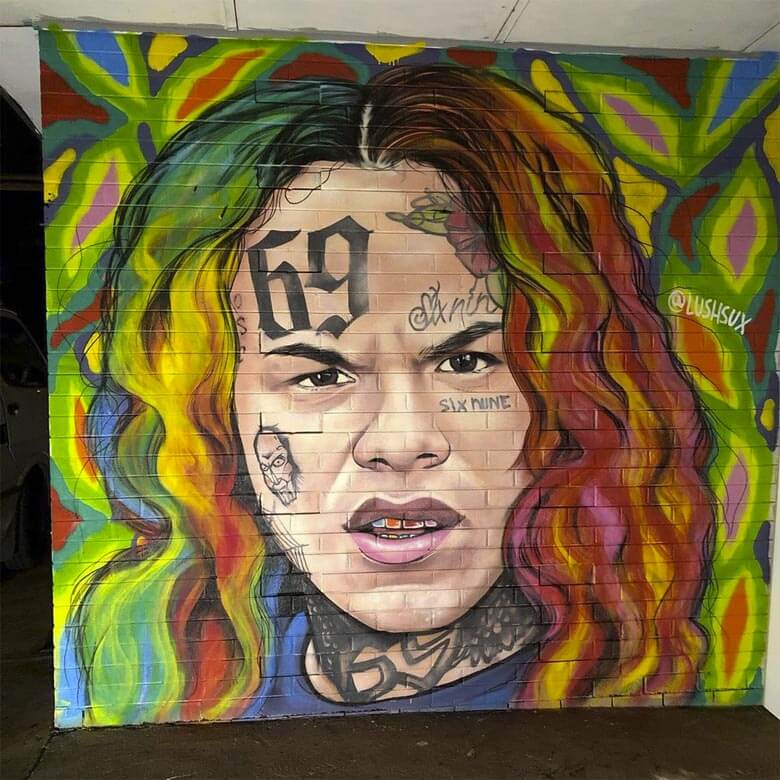 Before this, a similar but more insane move caused a real media stir over his work, thanks to none other than Curtis James “50 Cent” Jackson. Starting from a series of digital montages, the face of the Queens rapper has been combined with other celebrities, ranging from the rapper Post Malone, to the singer Taylor Swift, from Mao Zedong to the president of  the United States Donald Trump. Lush has taken it upon himself to recreate them on a gigantic scale, painting them as quick pieces on walls.

“this is some bullshit man, but how the hell is he doing it so fast. ?‍♂️alright he’s talented, ?but why the fuck he pick me.“ 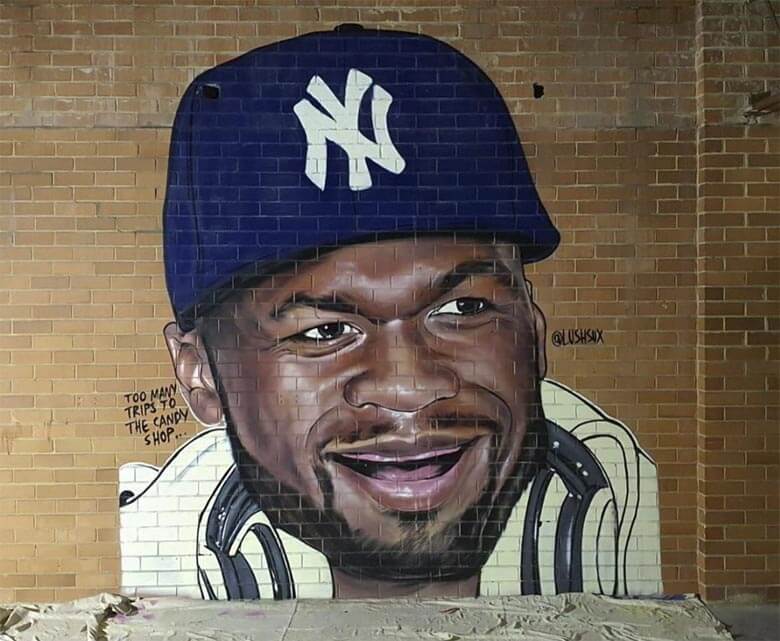 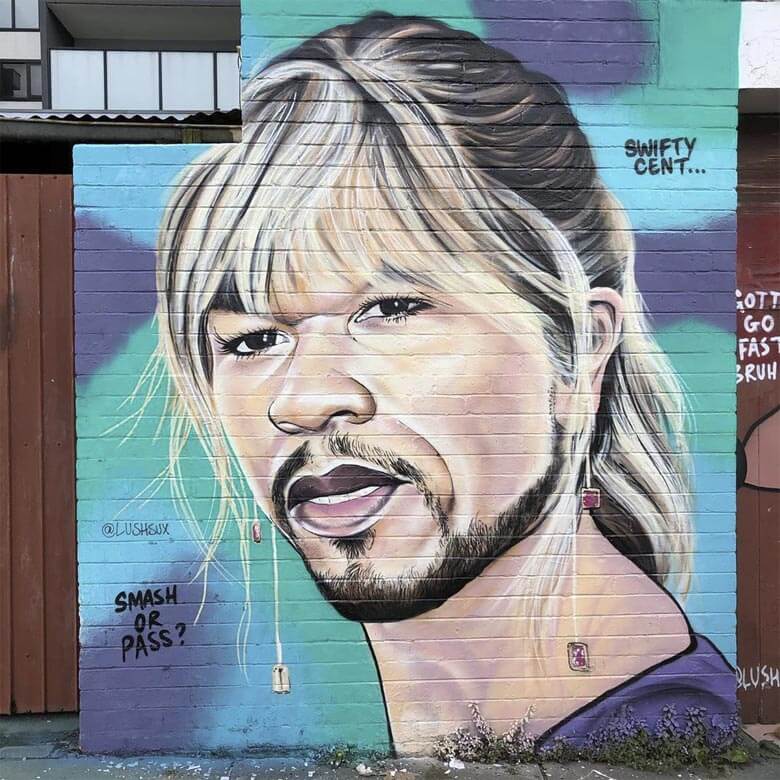 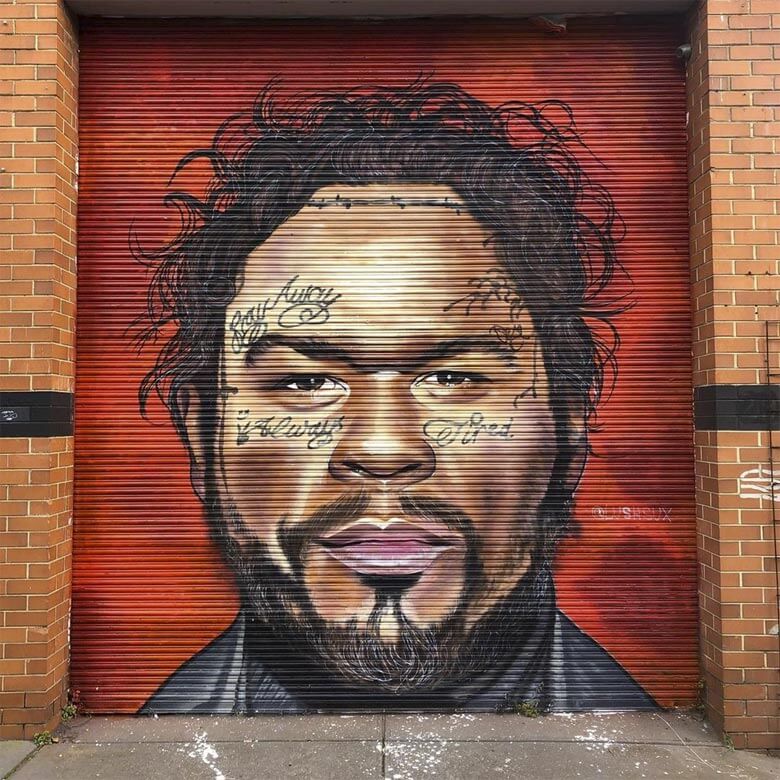 What started off as a funny story has led 50 Cent to post threats against the Australian artist on his own Instagram account. Although it seems like a friendly beef, many other celebrities have gotten on board, magnifying the phenomenon by commenting on Jackson’s posts.  Snoop Dogg, Fat Joe and Ja Rule are some of the legendary rappers who have dared add fuel to the fire of this hilarious course of events, and billionaire playboy Dan Bilzerian has also joined in on the fun.

Real or fake, at least this controversy has gotten people speaking about 50 Cent again, and also about street art’s troll par excellence.  Maybe Tekashi hasn’t even realized what’s going on… 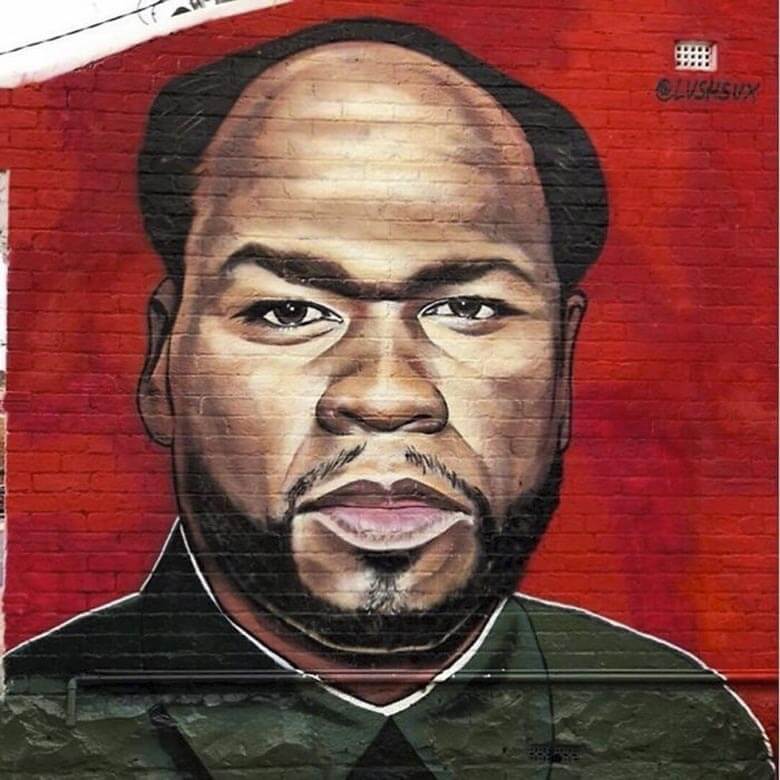 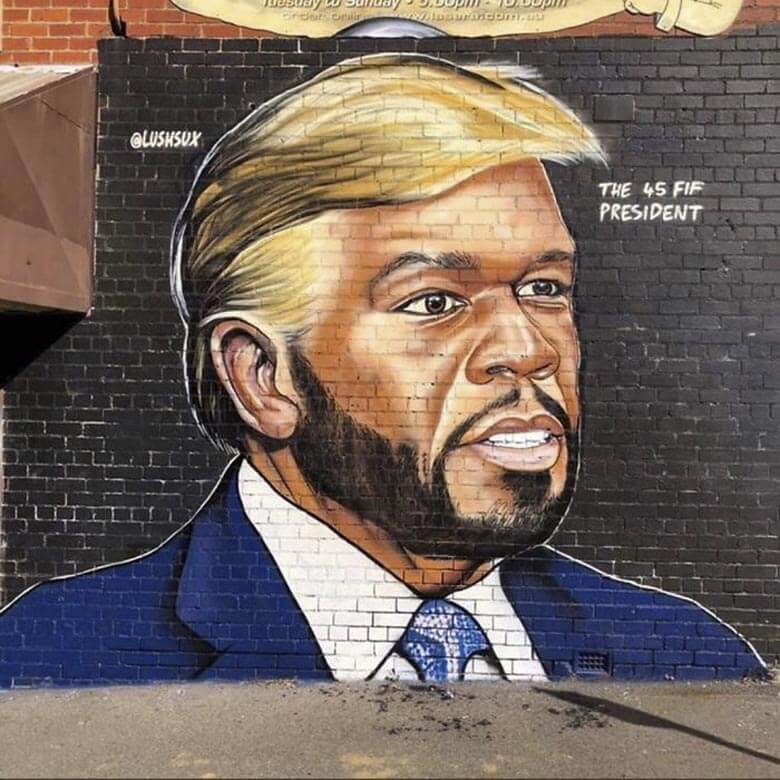 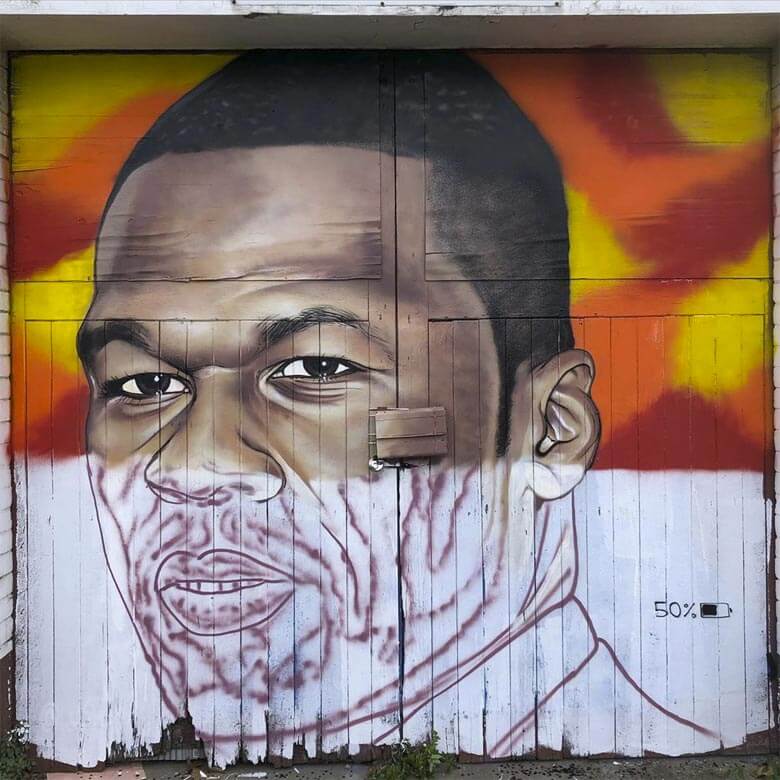