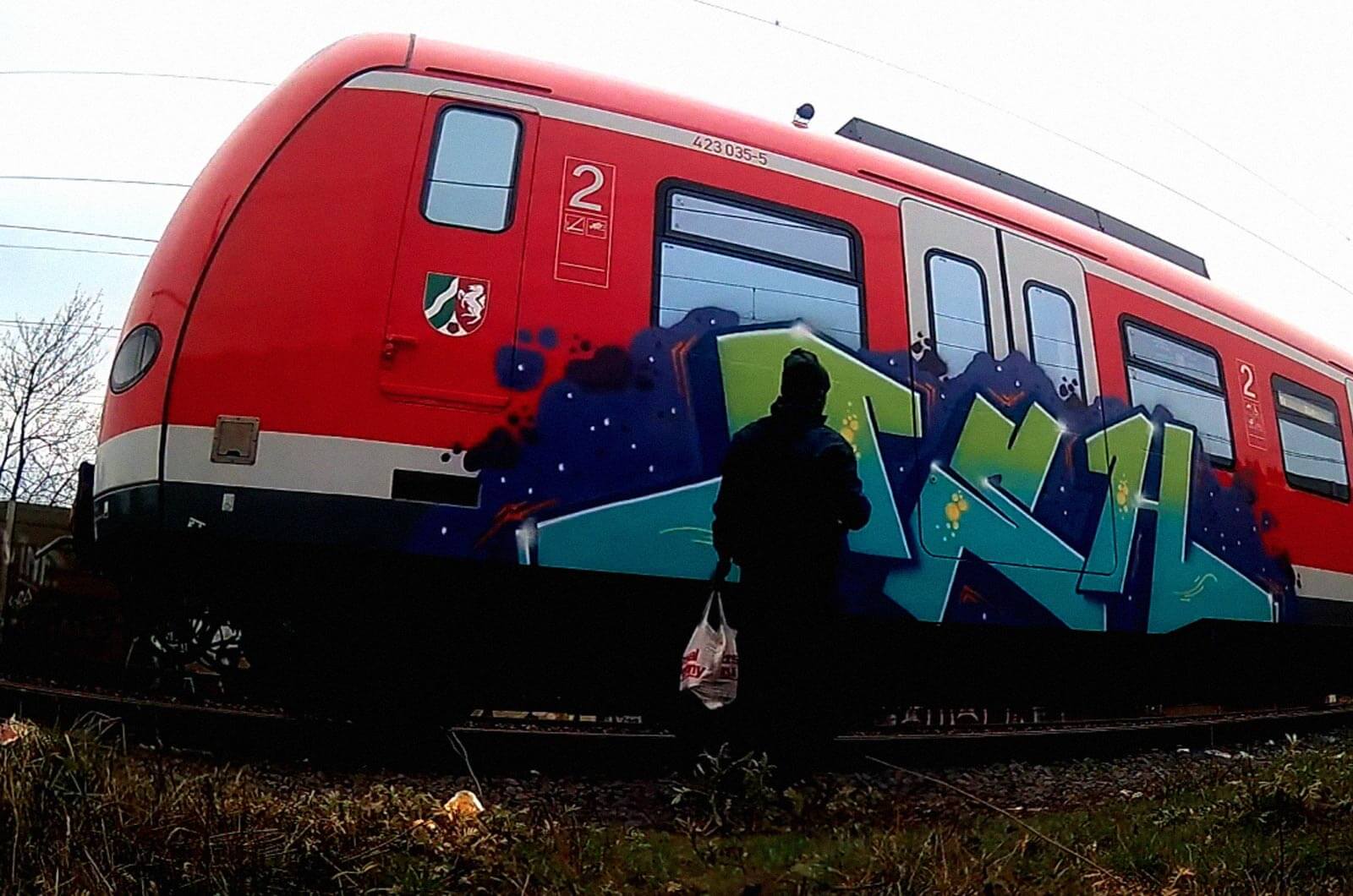 Twenty chapters have passed since SprayDaily‘s series called Runners was launched. To celebrate such a special number the German writer Ash was invited to participate in this video series dedicated to graffiti in full blast.

Ash comes from Western Germany and is a writer with more than 20 years of experience behind him who, throughout that time, has managed to paint large numbers of DB trains and other models from different countries. His profile fits perfectly into the most successful SprayDaily series, Runners.  The series is especially dedicated to the work of writers who paint trains and subways, and in this chapter number 20 they try to reflect the frenetic activity of Ash. We get to see several actions recorded at the same spot, and a stream of more than 60 pieces in circulation. It leaves no doubt about the diligence of this German writer.