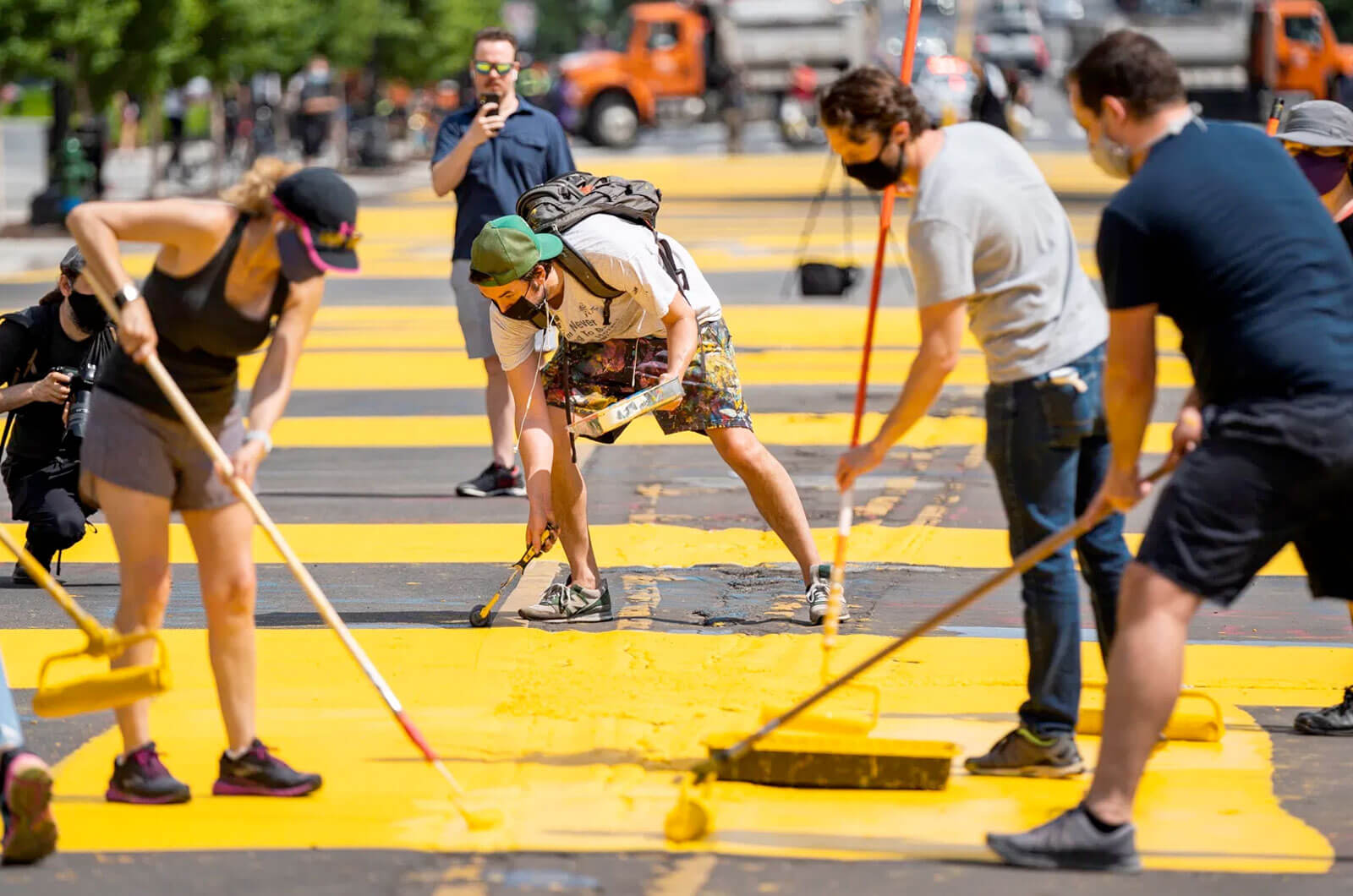 These are just some of the murders committed by the police in recent years in the United States that has led to demonstrations calling for responsibility for the crimes and the cessation of police violence.

However, the demonstrations that we are witnessing in theses days are the result of the murder of George Floyd and Breonna Taylor, although there are many more names, and we must not forget them. 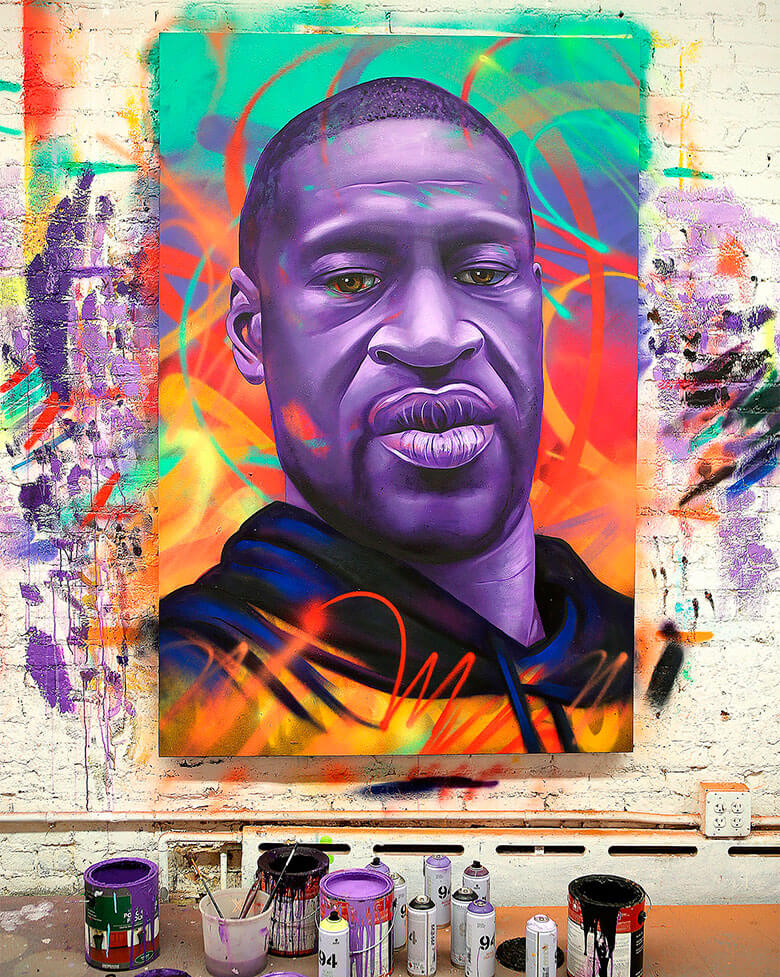 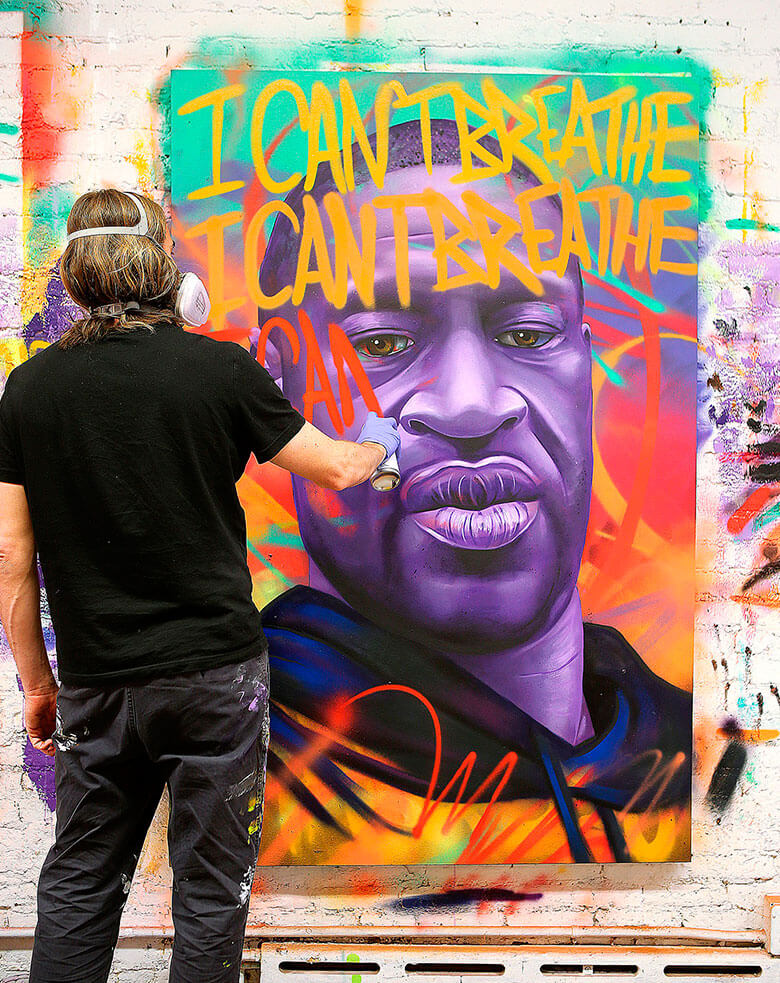 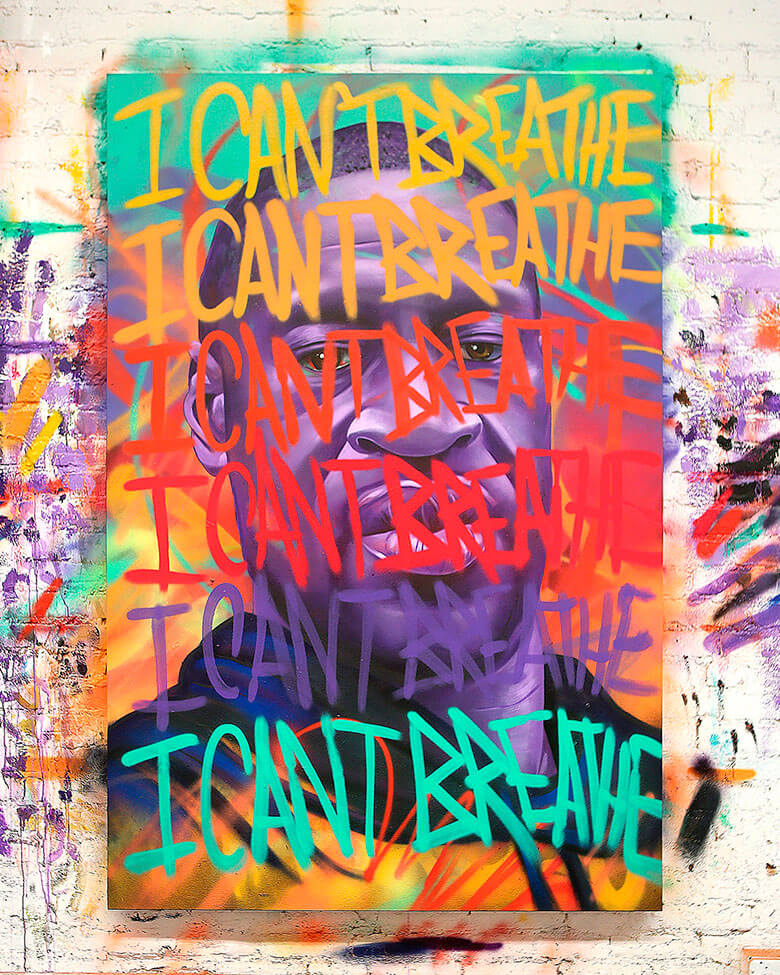 These manifestations have essentially been demanding the same thing since the end of slavery, but this time it also have something different in its focus. This time we also see a direct or indirect way to encourage us to personally recognize our position towards racism.  Not only in the United States, but in our own countries, in our own flesh, and the reason might be that these kinds of attitudes are closely linked to social classism, and poverty.

From the artists’ collective, the answer has not been long in coming. There have been orchestrated and “consensual” murals with the authorities such as the one in Washington that has led to rename the place where it is located under the name Black Lives Matter Plaza, and there have been personal initiatives such as those of MadSteez, Snoeman, Mastro and Dr Dax,  among others. 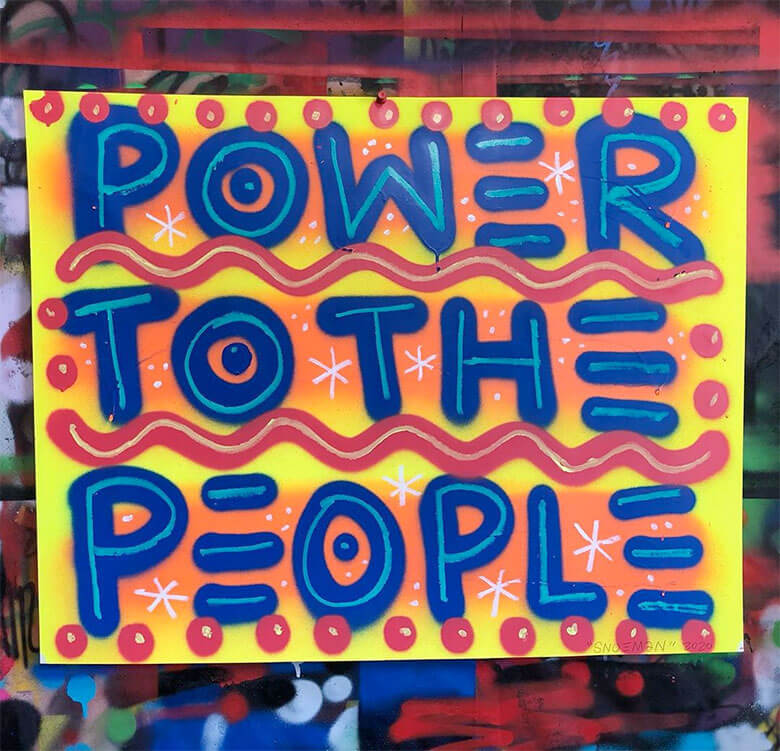 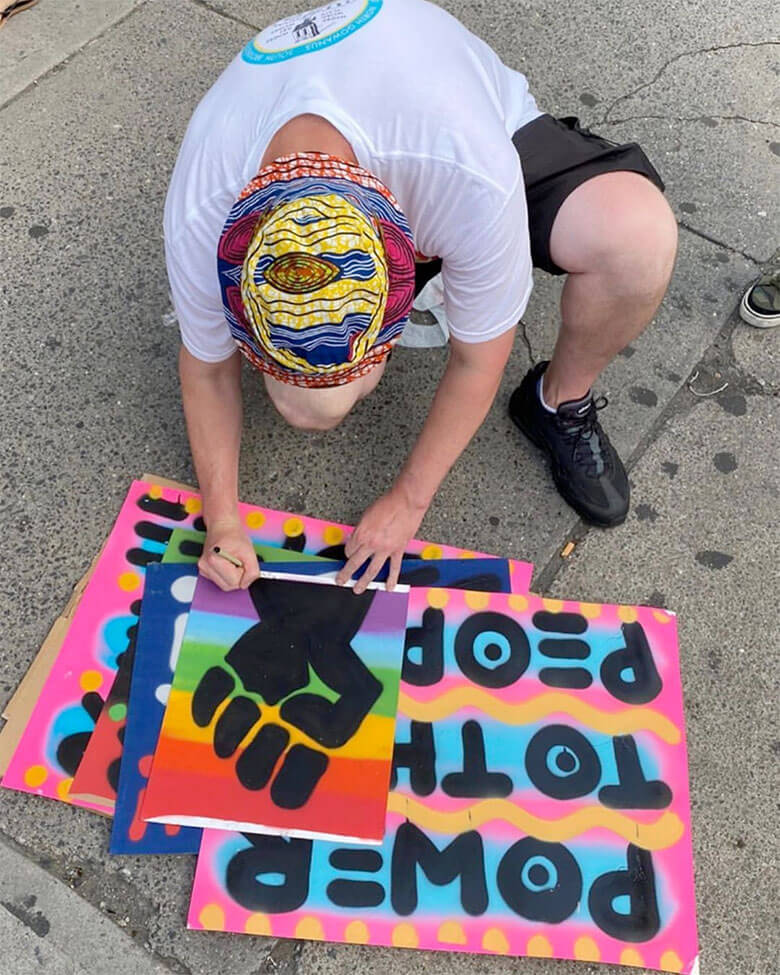 Obviously, there are those who join the bandwagon of activism just to ride the wave (cases of influencers pretending to help both in demonstrations and reconstruction tasks and artists who decide to jump to the fore of the fight against racism as if it would have not existed before), but in general it has been possible to see genuine and shocking evidence that art and social demand go together in the same direction.

In any case, graffiti writers and the police have never gotten along too well. Some of those people who haven’t been talked about much and who died at the hands of the police were graffiti writers. Beefa from Miami is one of the many examples. So it is not strange that the graffiti community in general has joined the demonstrations, basically peacefully. 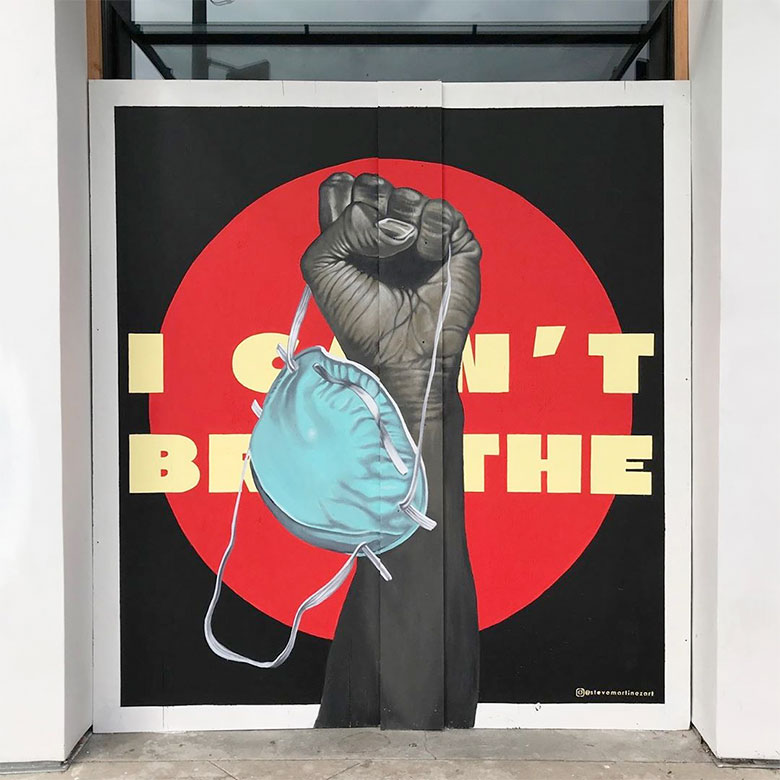 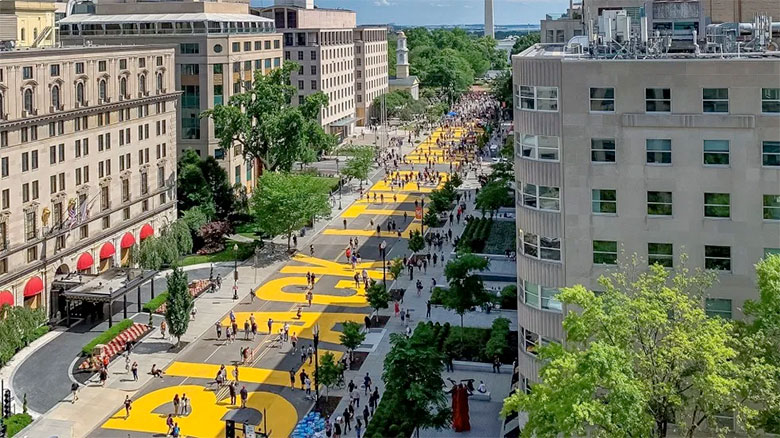 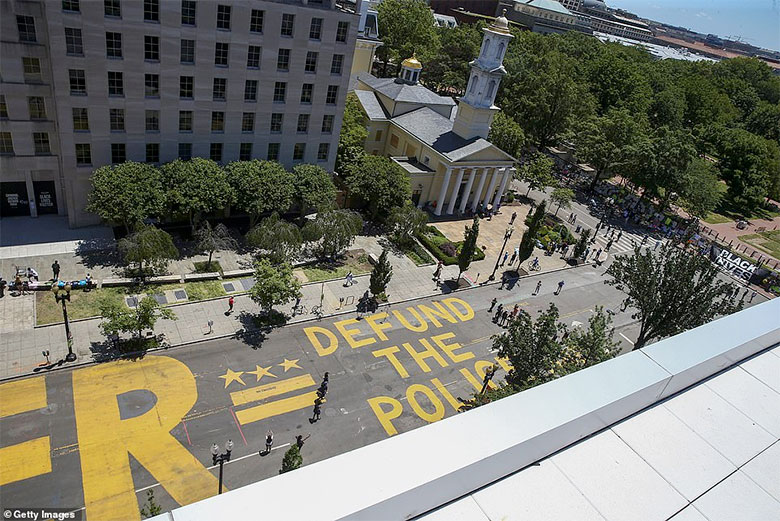 We say basically, because between agents provocateurs and the anger generated by the situation, there have been times when it has gotten out of hand, and by that we do not mean material destruction but rather violence against people.
MadSteez posted on his instagram account about how the police had cut off protesters in New York City and once they had been blocked, they continued by gassing them. The artist had attended the demonstration with his son, like many other people.

Police have killed 120 people in 20 days since George Floyd’s murder.

For the moment, the Black Lives Matter movement and its #defundthepolice have revealed the country’s division and that their claim that the police are excessively violent is no lie. Not surprisingly, the money allocated to the police force contrasts with, for example, the budget allocated to health, a situation that became very evident during the covid 19 pandemic crisis.

We hope that this selection has interested you so you continue to research and learn about it. 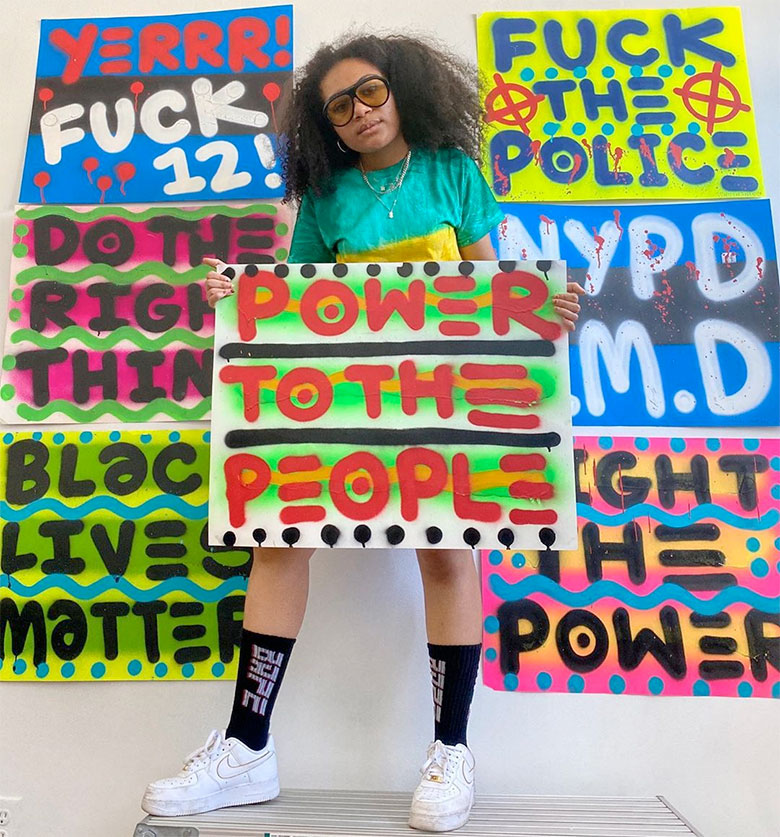 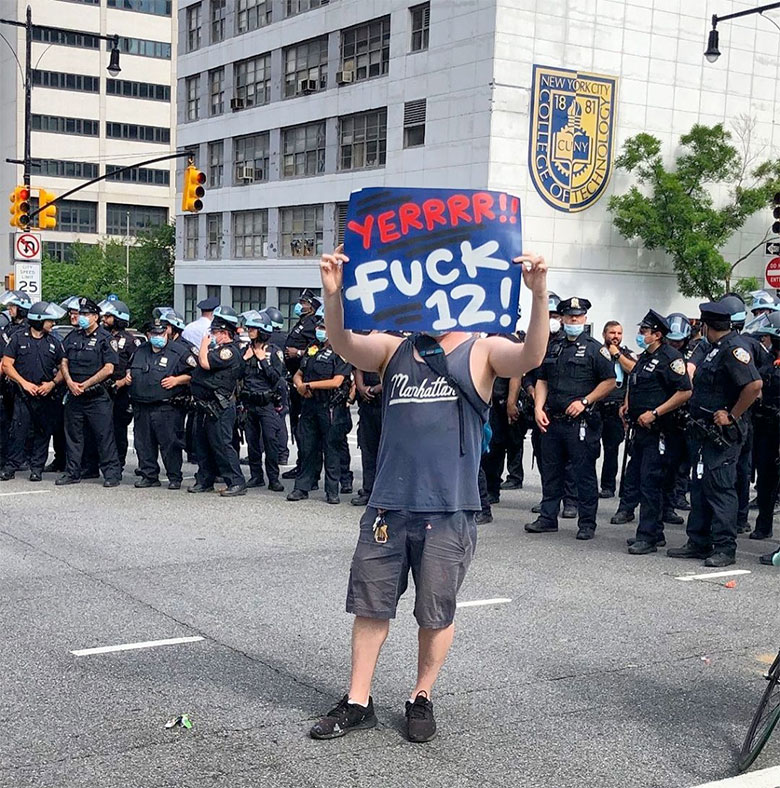 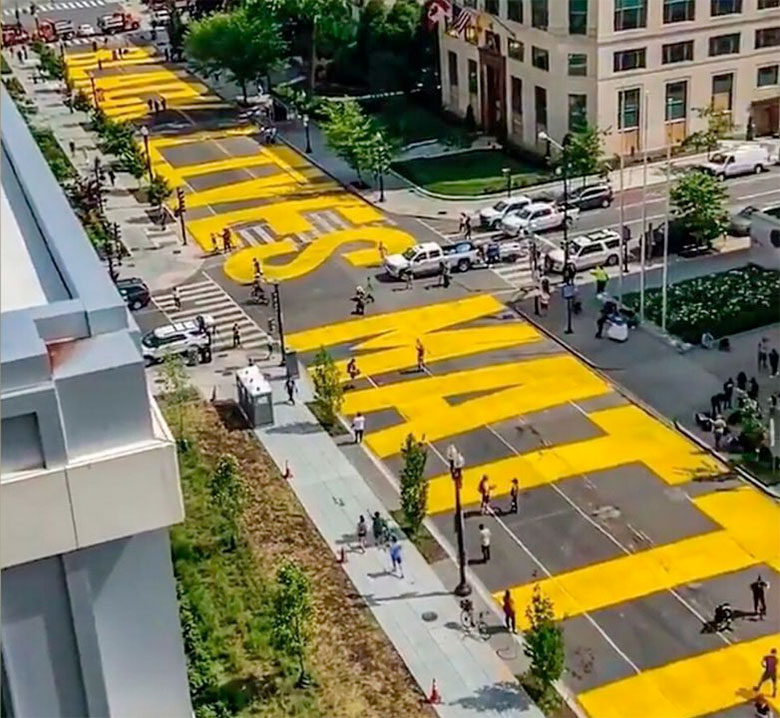 GETTING TO KNOW LITTLE MISS UNDERSTOOD

FIRE AT WILL: LADIE ONE