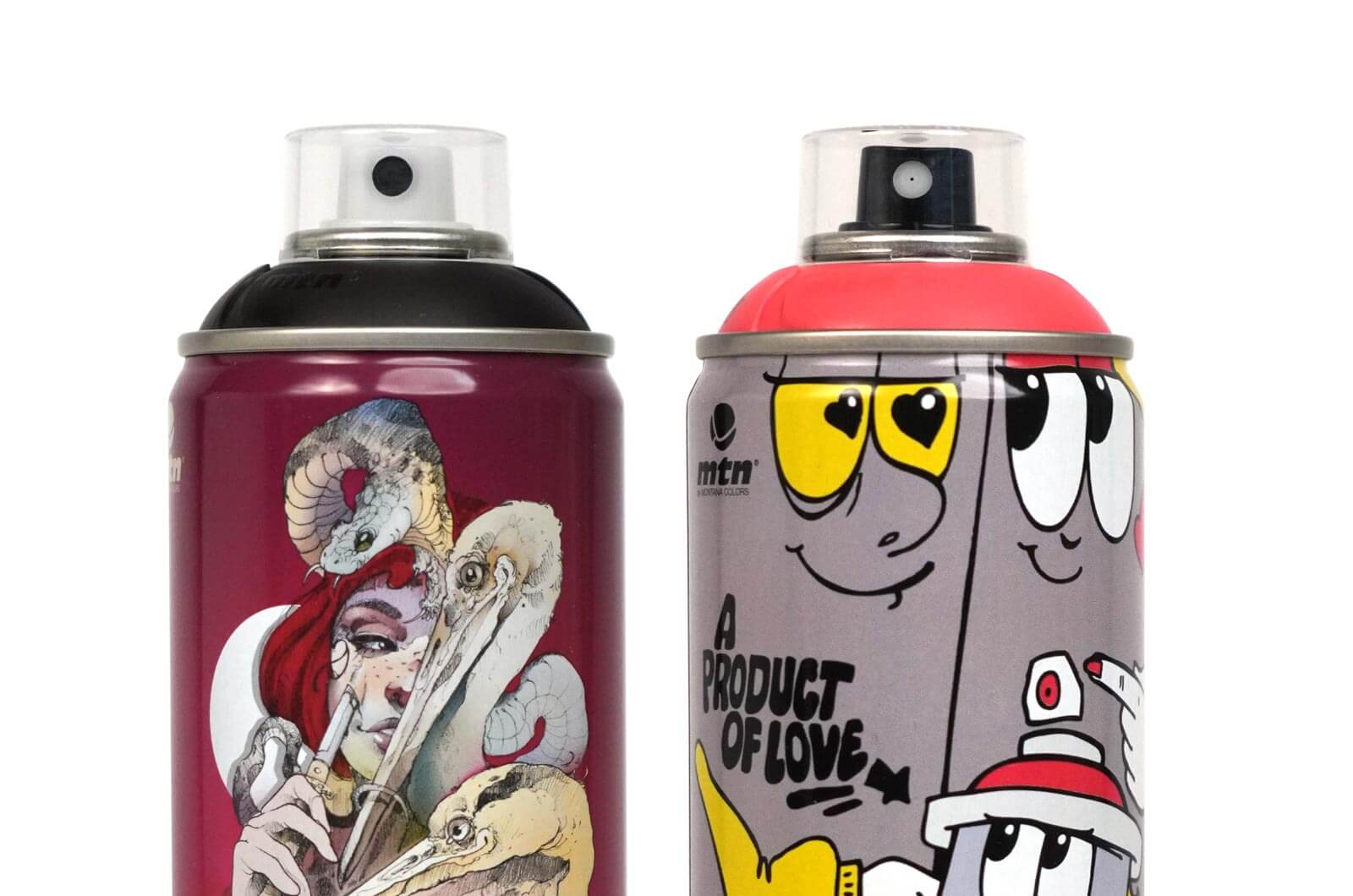 Montana Colors presents two new MTN Limited Edition cans. One is a posthumous tribute to the Barcelona graffiti artist and writer Treze and the other is dedicated to the legendary Swiss writer Rosy One. 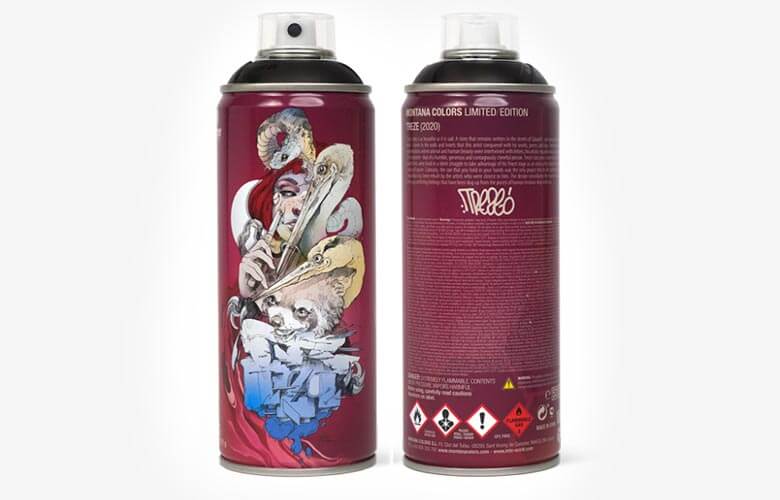 Treze’s story is as beautiful as it is sad. A story that remains written in the streets of Sabadell — and many other cities in the world — thanks to the walls and hearts that this artist conquered with his works, pieces, and tags. Famous for his moving representations where animal and human beauty were intertwined with letters, his artistic reputation was surpassed by that of his character — that of a humble, generous and contagiously cheerful person. Treze’s last years, more than the doctors had granted him, were lived in a silent struggle to take advantage of his finest stage as an urban artist despite the unstoppable voracity of cancer. Curiously, this can was the only project that he left unfinished, and whose composition has been rebuilt by the artists who were closest to him. The design consolidates the essence of his creations, stirring up conflicting feelings that have been dug up from the purest of human emotion deep within us. 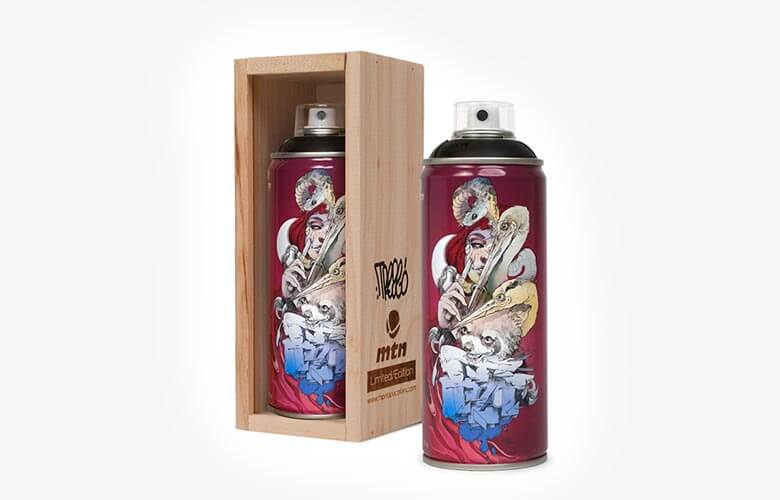 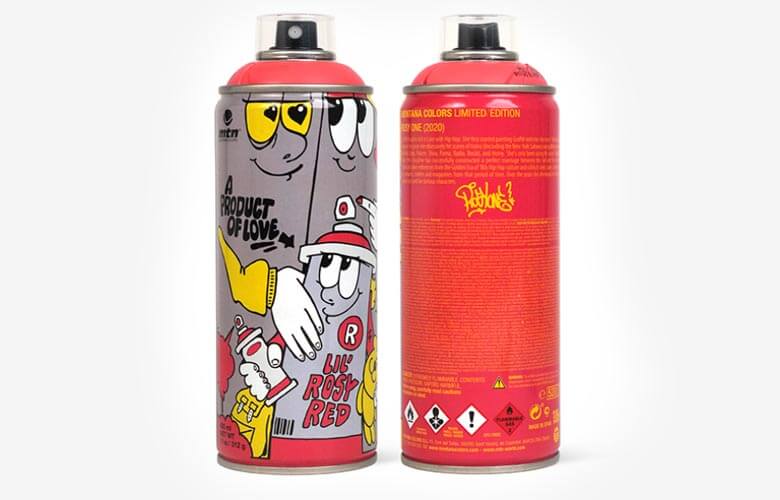 In 1989 RosyOne fell in Love with Hip Hop. She first started painting Graffiti with her the name “Mok la Rock,” and over the years she obsessively hit scores of trains (including the New York Subway) using different names like Mok, Bask, Pokem, Shiva, Puma, Radio, Rockit, and Horny. She’s only been using the name “RosyOne” since 1996. RosyOne has successfully constructed a perfect marriage between the old and the new. She continually takes references from the Golden Era of ‘80s Hip Hop culture and collects vinyl, tapes, ghettoblasters, sneakers, clothes and magazines from that period of time. Over the years she developed her skills, her unique style and her famous characters. 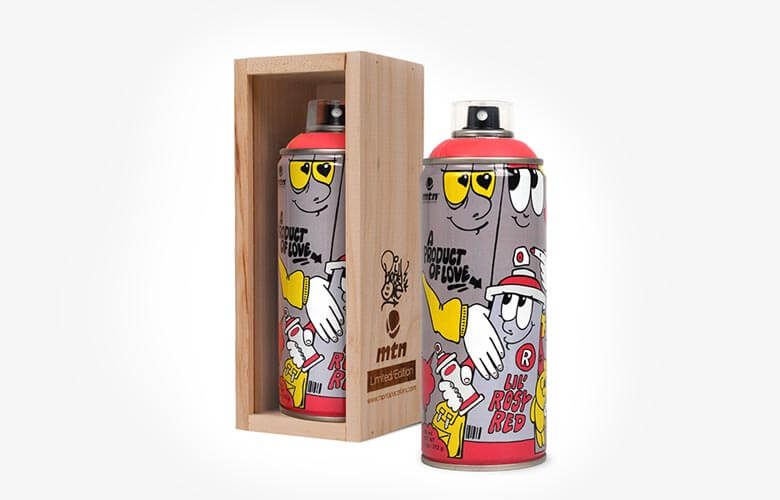