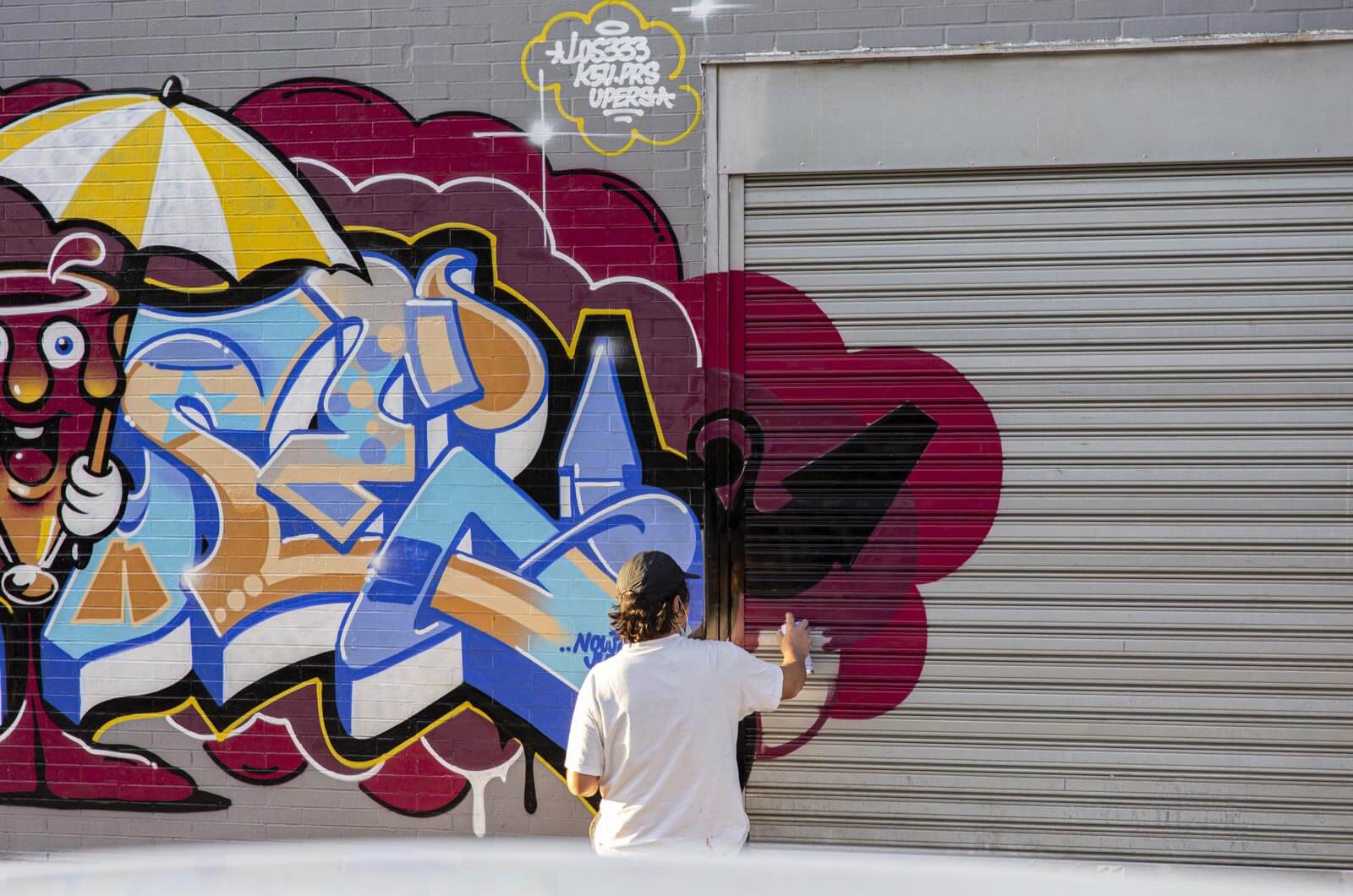 Text by Tinatha, pictures by Iper and Manu Ruix.

A selection of brilliant writers from the peninsula join Seville’s OGs for Sombrijam 2020. A graffiti gathering which pays tribute to Julione this year.

Sombrijam is a celebration of graffiti that takes place in the city of Seville. And it is a great honor for us, its organizers (Montana Shop Sevilla and EYC magazine), to carry it out.
Graffiti is laughter, battles, drama, making new anecdotes and always more and more painting. And managing to celebrate Sombrijam this year, despite everything, has made us twice as proud. 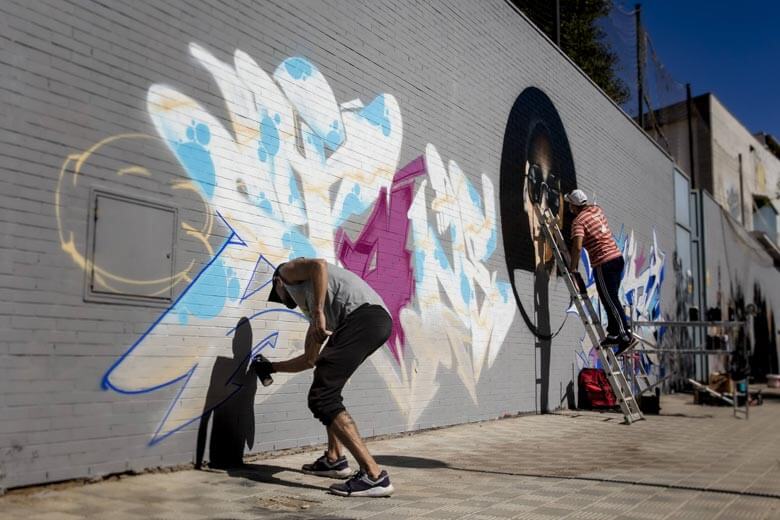 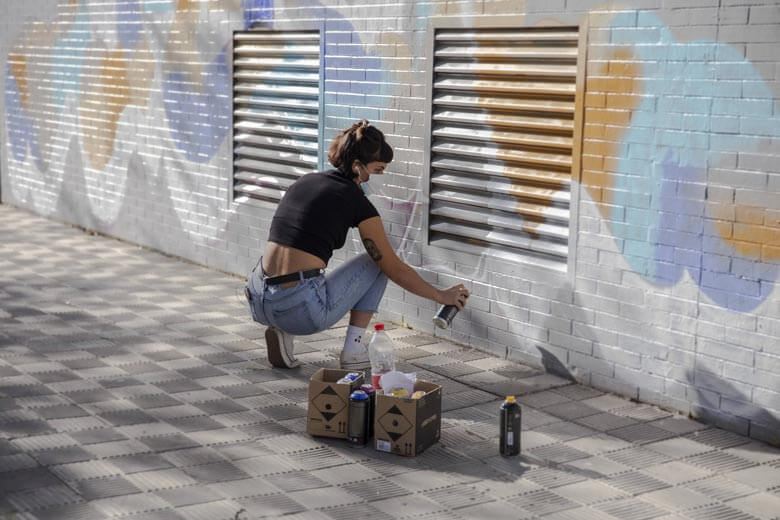 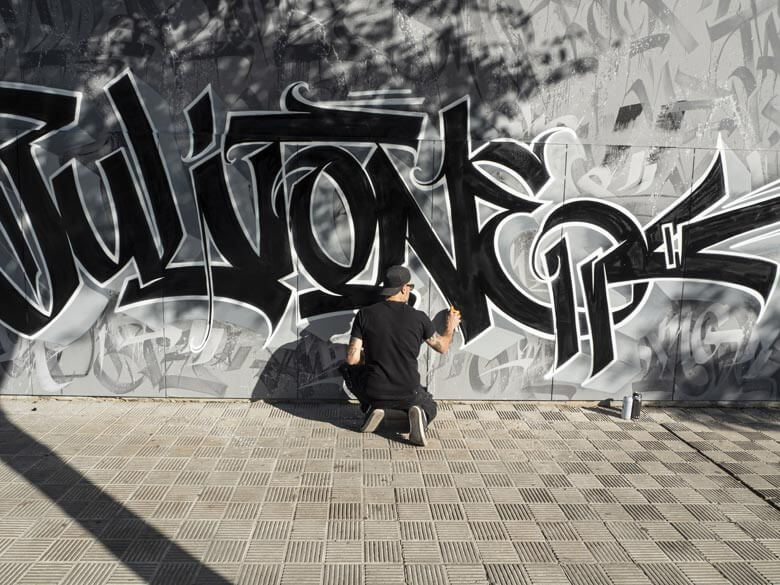 We’ve been able to bring together writers from all over the peninsula and the islands to paint for a weekend and celebrate our anniversary with a graffiti jam like we know best. 100% graffiti, for the culture and by the culture that unites us. Many of us writers met at these jams, and we love holding these types of events.

You will see pieces, murals, characters…color, style and message in Pino Montano, a neighborhood in Seville that’s mythical in the world of urban culture.

Throughout the weekend the event surrounded the entire Entreparques Civic Center, vibrating with the spontaneous and brilliant energy of the writers painting, paying homage and keeping in their thoughts Julione, a member of the Tapas crew, and a writer who will forever go down in our hearts and in history for his for his unique and colorful style. 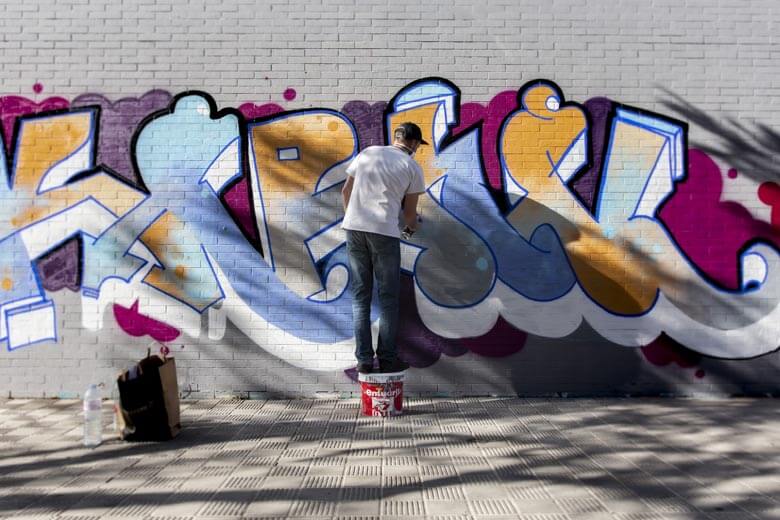 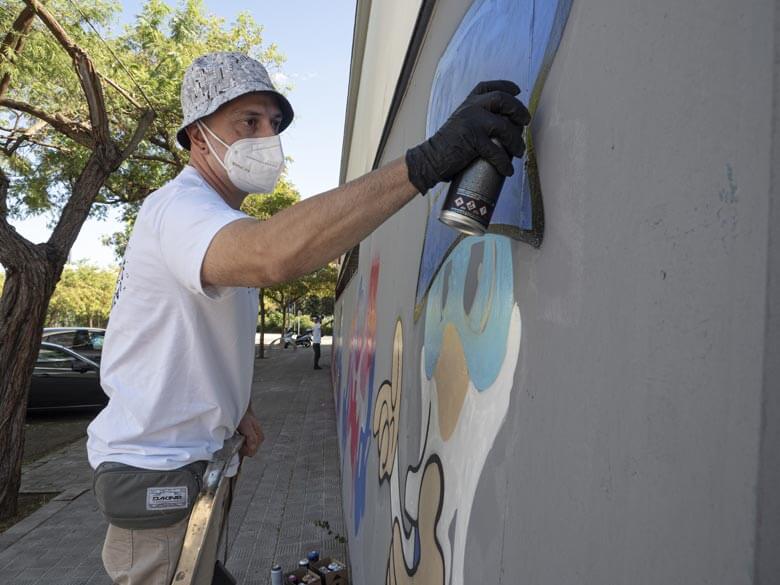 This year Sombrijam was tremendously special: it has managed to reunite us after this difficult year marked by COVID-19, and by the memory of our little brother Julio <3.
Below we have photos of the event. 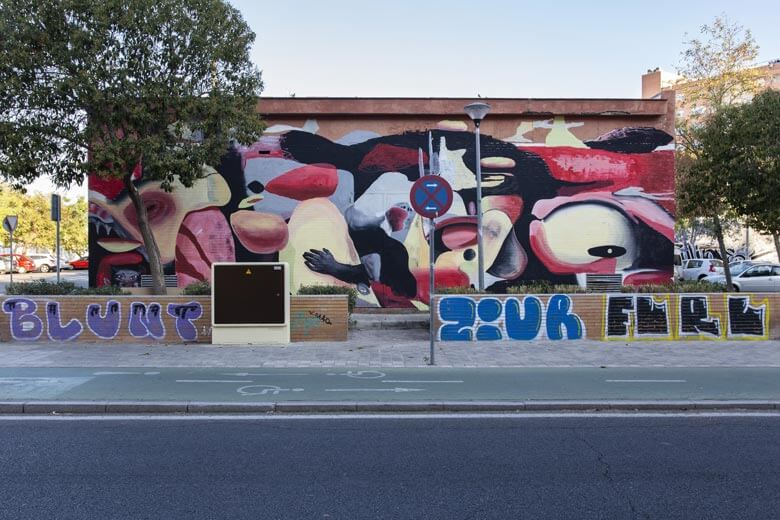 Lolo (based in Valencia) marking a super mural on one of the transformers of Pino Montano.

Nem (Madrid), with an amazing calligraphic work on one of the sides, with the big names of the neighborhood, Pino Montano, and Julione — the neighborhood’s pride and a precious memory for all of us. 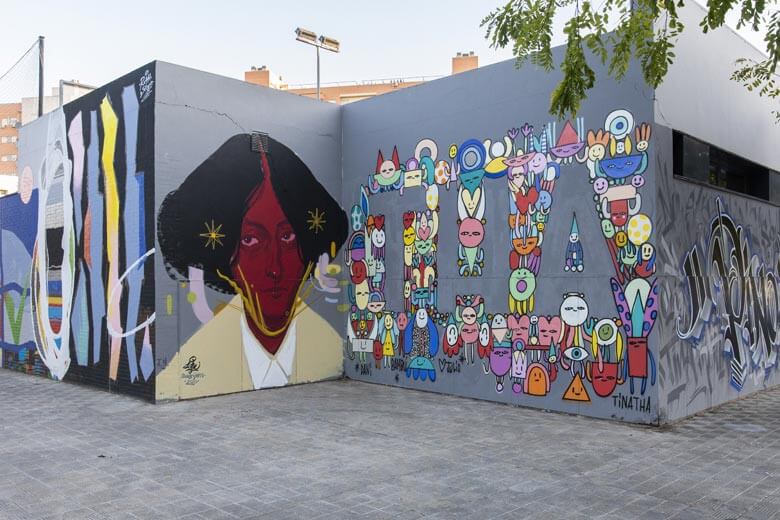 Tinatha (Seville) testing all the colors of the new #Hardcore2 range on the great wall in one of the corners y Lahe178 (Seville) painting with plastic next to Tinatha as if that wall were an A4 sheet.

BCN Dream Team Homie, Japon and Biz with brutal pieces on one of the sides. Insane.

Fresh (Murcia) / Kernel / Roice (Elche) teaming up with a super fresh style (unstoppable Fresh) and with a signature tribute to Muelle of Julione by Roice (bravo). Shout outs to Pepe, who couldn’t make it to Seville.

Sher (Zaragoza) / Dane (Madrid) / Sehu (Madrid), directly representing the most classic graffiti with style. Too dope.Finishing up, we’d like to thank all those who make it possible for Sombrijam to become a reality year after year: the Montana Colors mothership, for all the paint. We would like to thank them for the production of the Julione Limited Edition Montana Colors can — all the profits collected from its sale go directly to ANDEX’s Planta Zero Project (Association for parents of children with cancer of Andalusia). It’s beautiful. Also, I am proud that Montana has created a color in his name. Thanks again. To Ysen, for his enthusiasm, and whose help has been fundamental.

This year the person in charge of the poster was our friend Heis and who we had the pleasure of featuring in the last issue. Thanks to Taller Bohemia for the shirts and serigraphs that all the writers who participated in the jam were able to sign. To the La Rosa bar that lets you eat as if there were no tomorrow and the whole La Rosa family. To Iper for the photos and the panoramic shots, and to Manu for the photos.

And many thanks to Ana, director of the Civic Center, and to all the workers of the civic center for trusting us and letting us do this. The location was the same as last year: Centro Cívico Entreparques in the Pino Montano neighborhood, Calle Parque de Grazalema, s/n, 41015.

Thanks to everyone who has made this possible, writers (INSTAGRAM) and a very special shoutout to Pepe and Hosh, who couldn’t come due to the circumstances in which we currently find ourselves.