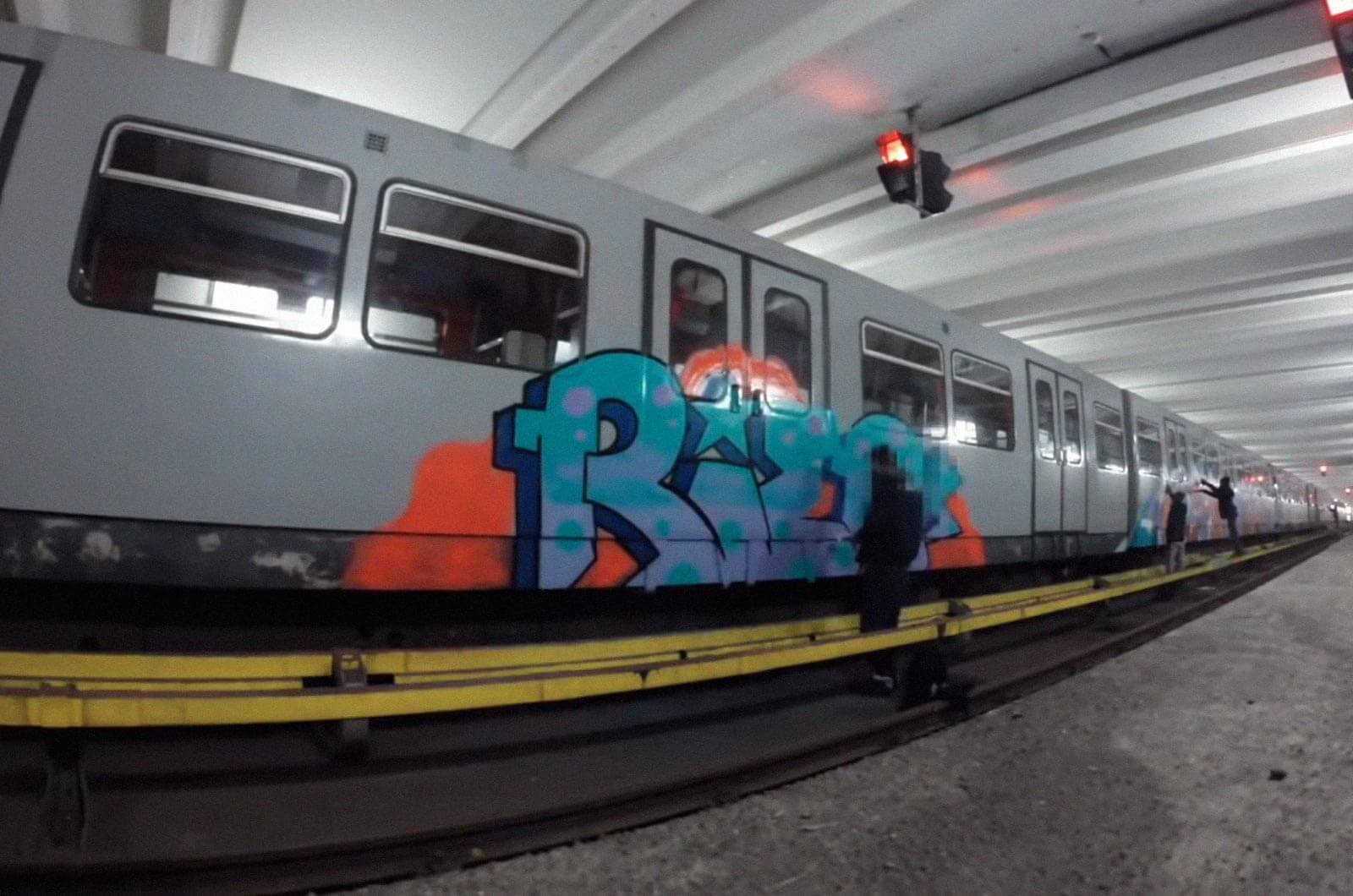 The enigmatic writer Ried premieres a series of videos by Spray Daily, with amazing editing and outstanding quality, documenting his actions on different metro and train systems on the European continent.

Vienna, Valencia, Berlin, Hamburg … cities whose railway systems have varying levels of difficulty, but all are subject to the inherent risks of the most extreme graffiti discipline: trainwriting. Ried takes in all of these cities, in what appears to be the first chapter of a series of videos that record the missions carried out by this writer in various European cities.  Exciting actions presented in a montage to be envious of, this video is a stimulating audiovisual work of art on the current train graffiti scene in the old continent.  What awaits us in the next episodes?