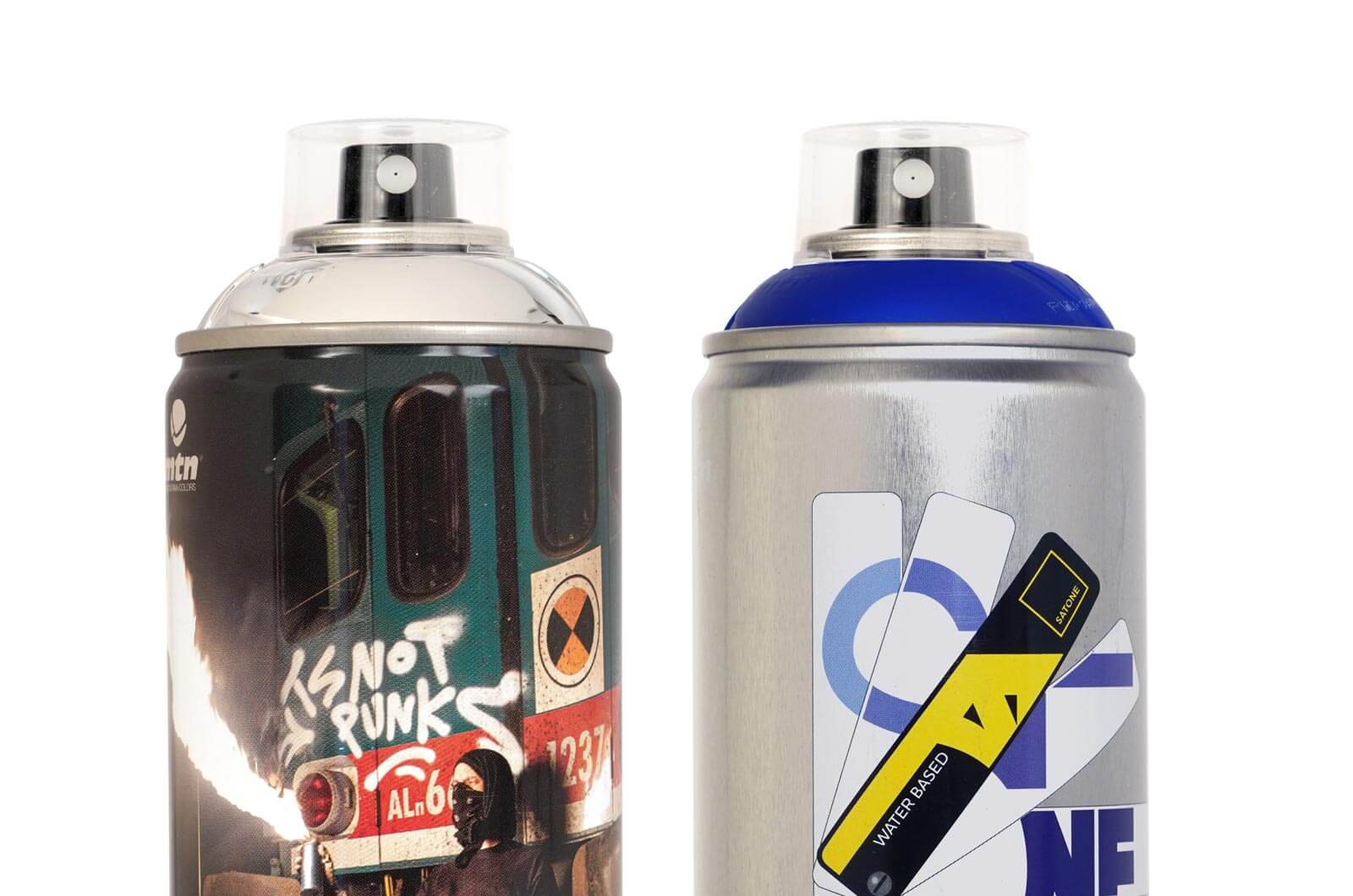 It’s always exciting to announce the release of new limited editions. The curiosity behind which artists will be chosen to design the latest limited production of cans and wondering what designs they’ll come up with is a common feeling in practically every one of us who is part of the spray can culture. Two European urban artists, focusing on completely different disciplines, are today writing a new page in the history of MTN Limited Editions: they are Alex Fakso and SatOne. 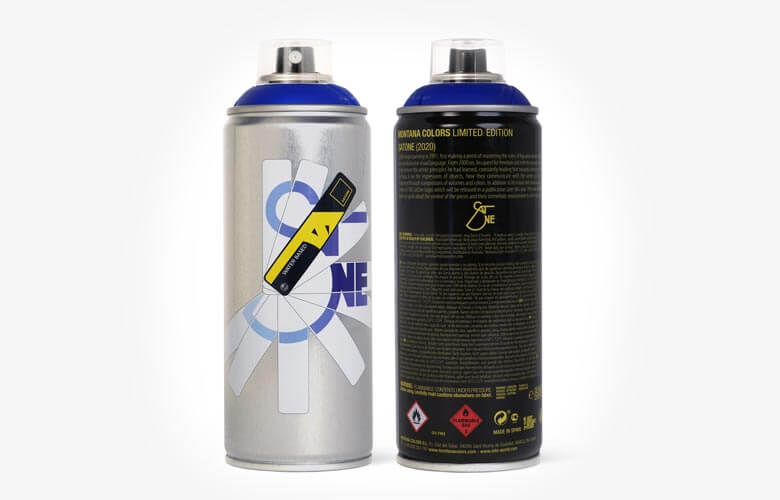 Despite being born in Venezuela, the public generally identifies Germany as SatOne’s territory. SatOne is undoubtedly one of Germany’s street artists with the longest and most prolific career. His curriculum is marked by a particularly innovative style, which has been evolving in his own language since 2000. The Limited Edition that bears his signature, responds to a very specific concept that is framed in the current work of SatOne. In addition, this spray includes a small novelty: it is the first MTN Limited Edition spray with Water Based paint.

SatOne began painting in 1991, first making a point of mastering the rules of figuration before developing his own and distinctive visual language. From 2000 on, his quest for freedom and esthetic researches brought him to deconstruct the artistic principles he had learned, constantly leading him towards abstraction. Since then, the focus is on the impressions of objects, how they communicate with the viewer and how they are interpreted through compositions of volumes and colors. In addition to his mural and studio work, he created a series of 100 SatOne logos which will be released in a publication later this year. The main idea behind the book is to speak about the context of the pieces and their immediate environment in which they were created. 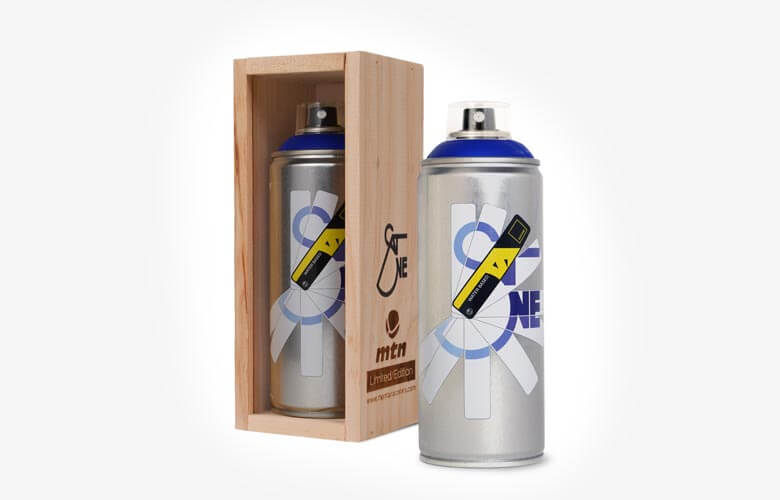 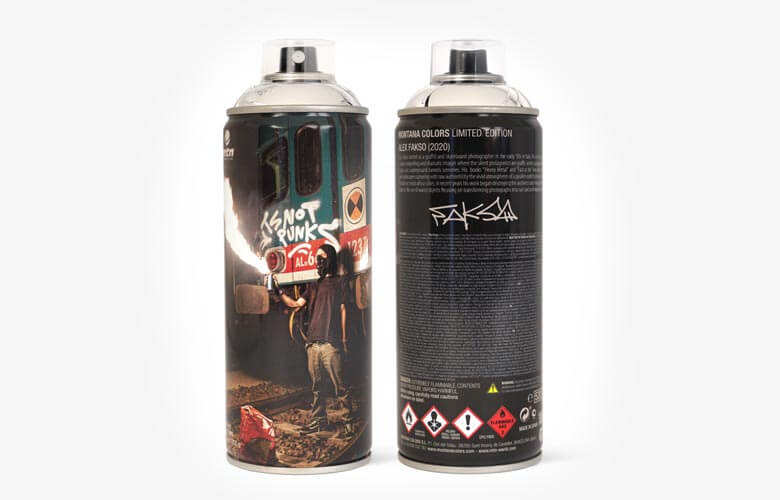 A pioneer of photography on the scene of contemporary train graffiti, Alex Fakso is probably the most famous name in this field. His work has managed to inspire both photographers and graffiti writers alike, being the main reasons why documentary photography of illegal graffiti can be considered a discipline in itself today. Of course, the limited edition can dedicated to his role in the culture is adorned with an explosive snapshot, selected from the Italian photographer’s own archive.

Alex Fakso started as a graffiti and skateboard photographer in the early ‘90s in Italy. His intrinsic aim is to produce compelling and dramatic images where the silent protagonists are graffiti writers juxtaposed to train depots and underground tunnels sceneries. His books “Heavy Metal” and “Fast or die” dive deep into these alien landscapes capturing with raw authenticity the vivid atmospheres of a parallel world that breaths through the darkest bends of our cities. In recent years his work began destroying the aesthetics and meaning of images thank to the use of waste objects focusing on transforming photographs into rare and unthinkable artworks. 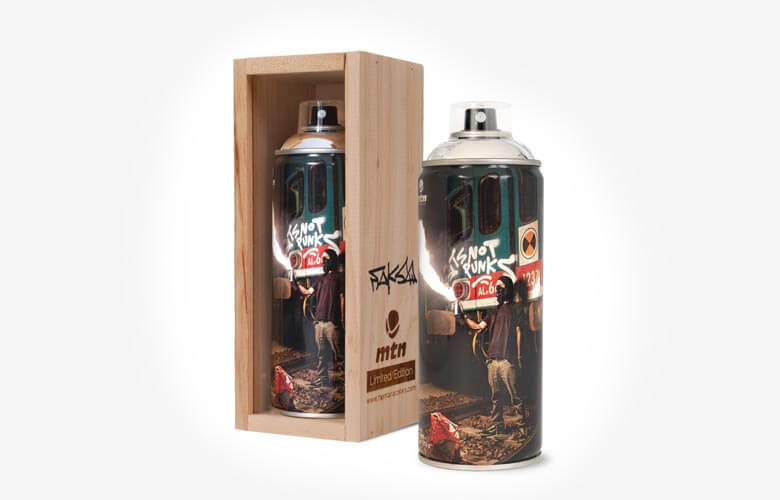 HOW TO DO A GRAFFITI SKETCH BY RAWS