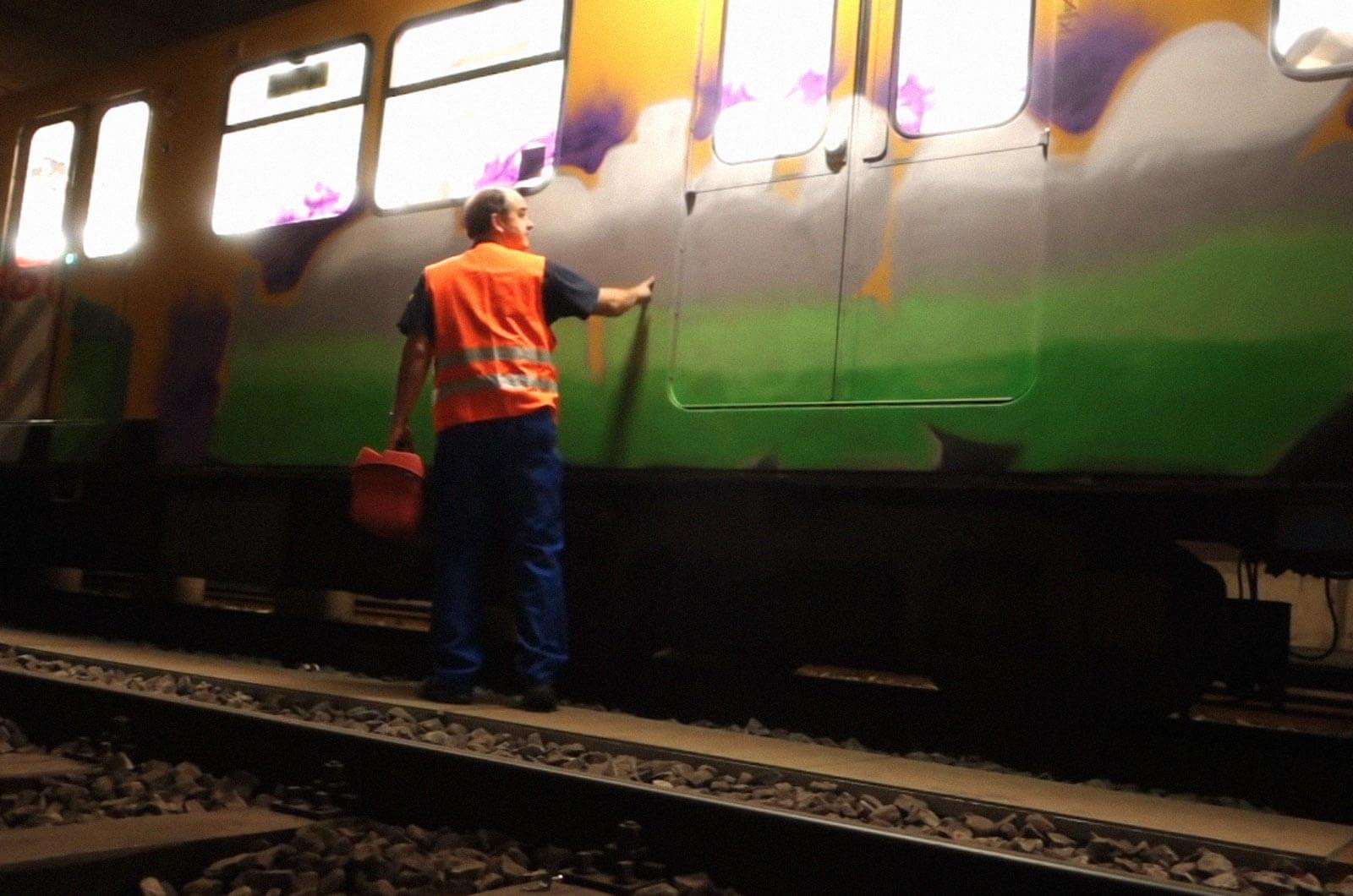 You already know very well who Cekios is, what you might not yet realize is that he is becoming a youtuber train writer par excellence – thanks to his simple but effective approach to making original videos, as we’ve explained before.
It seems that the Australian based in Berlin has been busy in recent months, capturing his adventures in three different videos.

In August he decided to move into Daos’ territory in the genre of the graffiti fail compilation. The new direction, which will surely be quickly imitated by other writers, has been a success: just check how many plays the video has attracted. Despite being much more serious than those of the Venezuelan, following the house style flavored by Cekios, the video manages to convey all the tension that explodes when painting steel.

Second, we have clip dedicated to back jumps. Cekios reverts to his usual style of uncut video, which show the extreme speed that the writer can paint a panel. Clearly the perfect demonstration of his aerosol abilities under pressure.

In his most recent upload, no information accompanies the action, as is usual, but documents the final part of the process of painting a character on a train. From the start of the recording, we can deduce that the mission is carried out in extremis: probably pulling the emergency lever, the train  is stopped to finish the final part of the piece the character.