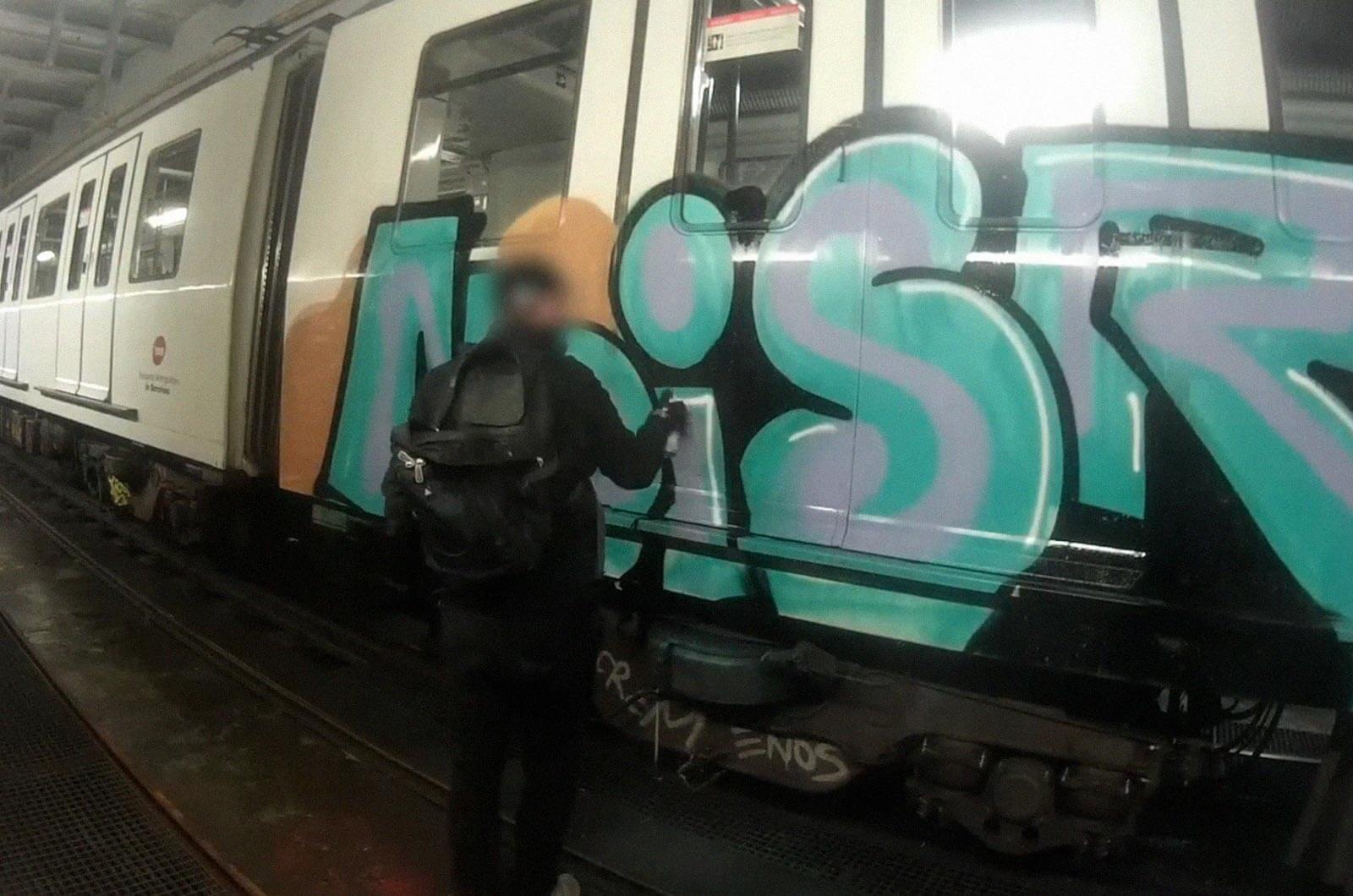 “WastedYouth: Barceloca” has just dropped: a four minute video of graffiti footage, concentrated on the Barcelona metro, featuring several different writers alongside the ever present Noisr.

Following the “Operación Despertar” investigation carried out by the Mossos de Escuadra (division of the Catalan Police) that saw 99 people accused of painting on trains and subways in Barcelona, ​​it could seem careless to publish train writing on the internet. However, the protagonists of WastedYouth don’t seem to care, perhaps because the recordings aren’t very recent.

The videos depict a return to the Barcelona subway, the prized territory for fans of underground graffiti in the Catalan capital. Famous for the artistic aesthetics of many of its buildings, its pleasant climate by the sea and, of course, its leisure attractions – legal and otherwise. For WastedYouth, the city is “Barceloca”; the perfect place to spend, or ruin, the best years of your precious youth.