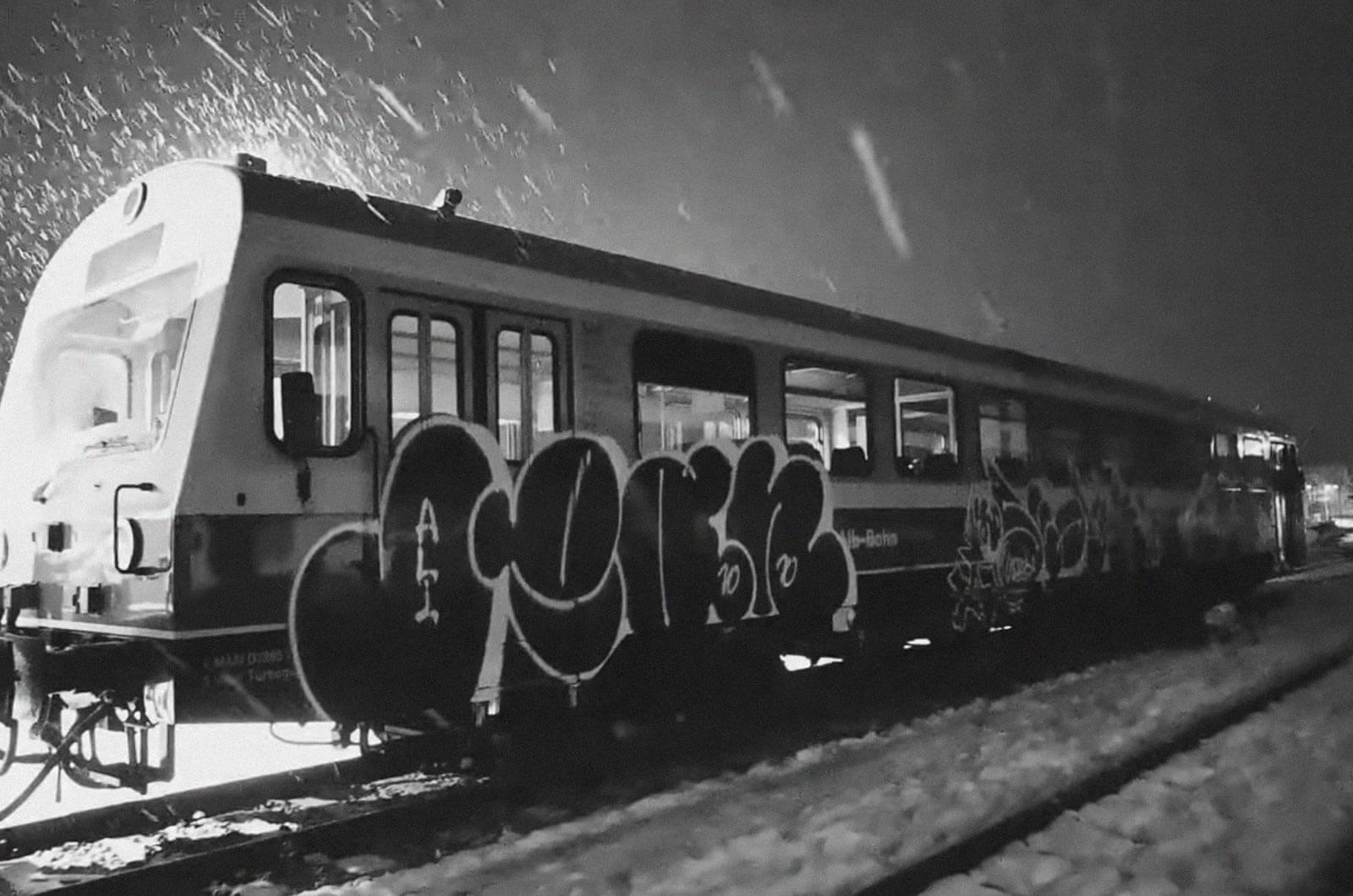 Episode 8 of the “Tothrowup Series” heads down to Swabia, tasked with reporting exclusively throw-up missions. The series focused on this particular type of graffiti offers up a chapter dedicated solely to trains.

As we know, trains aren’t exactly the quintessential surface for throw-ups. This element of graffiti’s quick execution makes it more suitable for spots on public roads and generally in places transited by people, rather than within train depots whose discretion allows creating more elaborate pieces. But this is precisely what makes the concept of the eighth chapter of the Tothrowup Series both interesting and original. Jean, Ibes, Nash and Seduce focus on doing throw-ups on trains in different depots across southern Germany, specifically in Swabia. Despite the simplicity of this kind of graffiti, the three writers focus on perfectly executing the fast version of their letters, leaving a simple but tremendously attractive result and using only two colors: white and black. The 5 minutes of video footage goes by as quickly as a throw-up. Don’t forget to check out the channel to take a look at the previous chapters.