LABOE GOES FROM MACRO TO MICRO ON THE SANTIAGO METRO 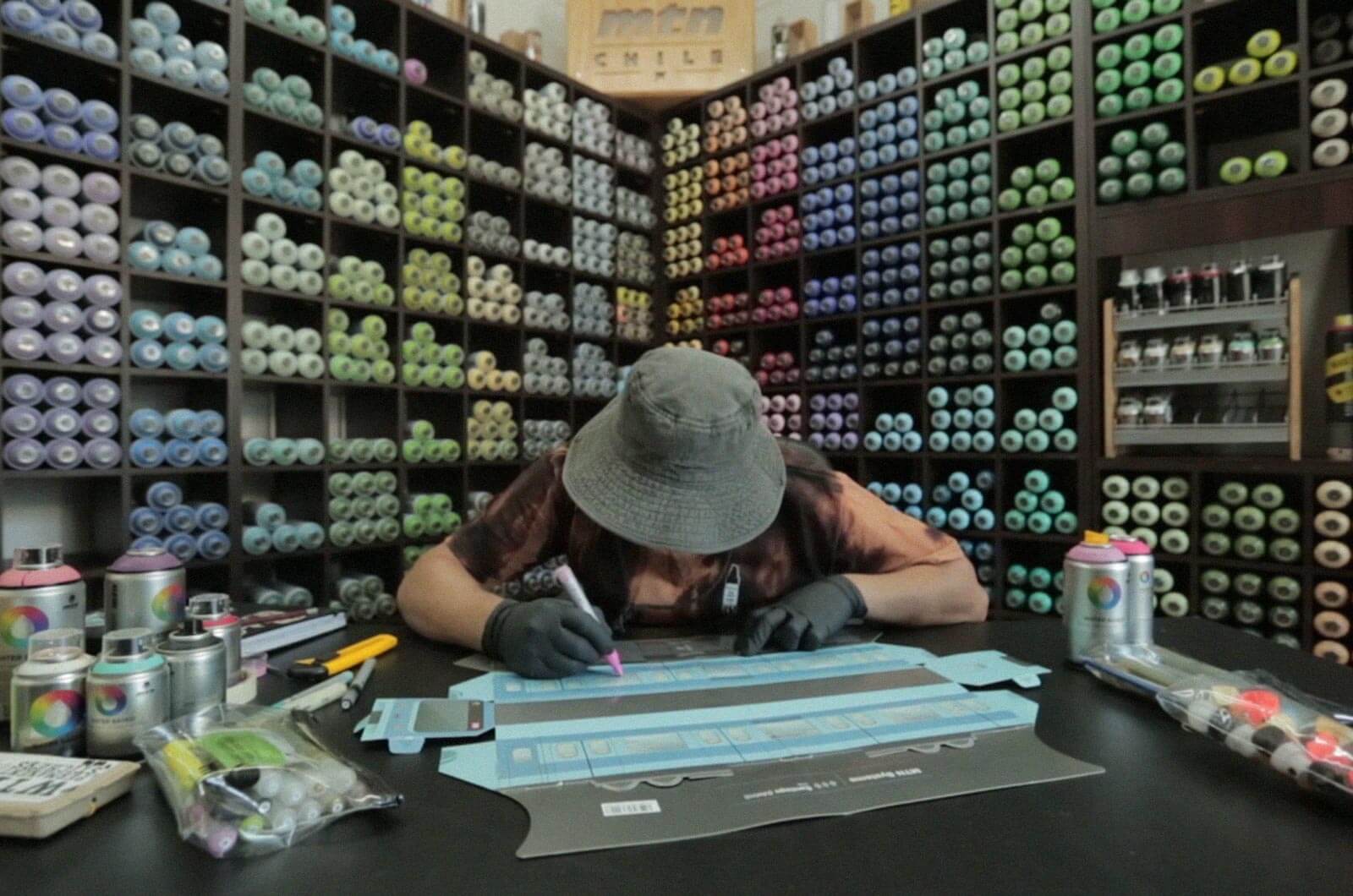 MTN Systems provide the perfect excuse to visit writers worldwide and to test their marker skills on Montana Colors’ model wagons. Laboe QM L163 is the first featured writer of the year. No stranger to the Santiago de Chile subway, he’s produced a scale version of a signature piece on the beautiful and hard-to-hit blue cars. Of course, all this thanks to the help given by our brothers form Montana Shop Santiago.

Considered by subway writers to be one of the most difficult systems in the world, the Santiago de Chile metro is one of the grails of Latin American graffiti. Despite the vigilant surveillance that covers every corner of the infrastructure, a handful of local writers are able to interrupt the dictatorship of color thorough pure tenacity and cunning. Laboe – an exemplary representative of clandestine graffiti in the Chilean capital – is just one of those writers, and the perfect artist to customize an MTN System panel on the Santigo metro. Replacing spray cans with markers, he shows his small format skills on the Santiago Subway.