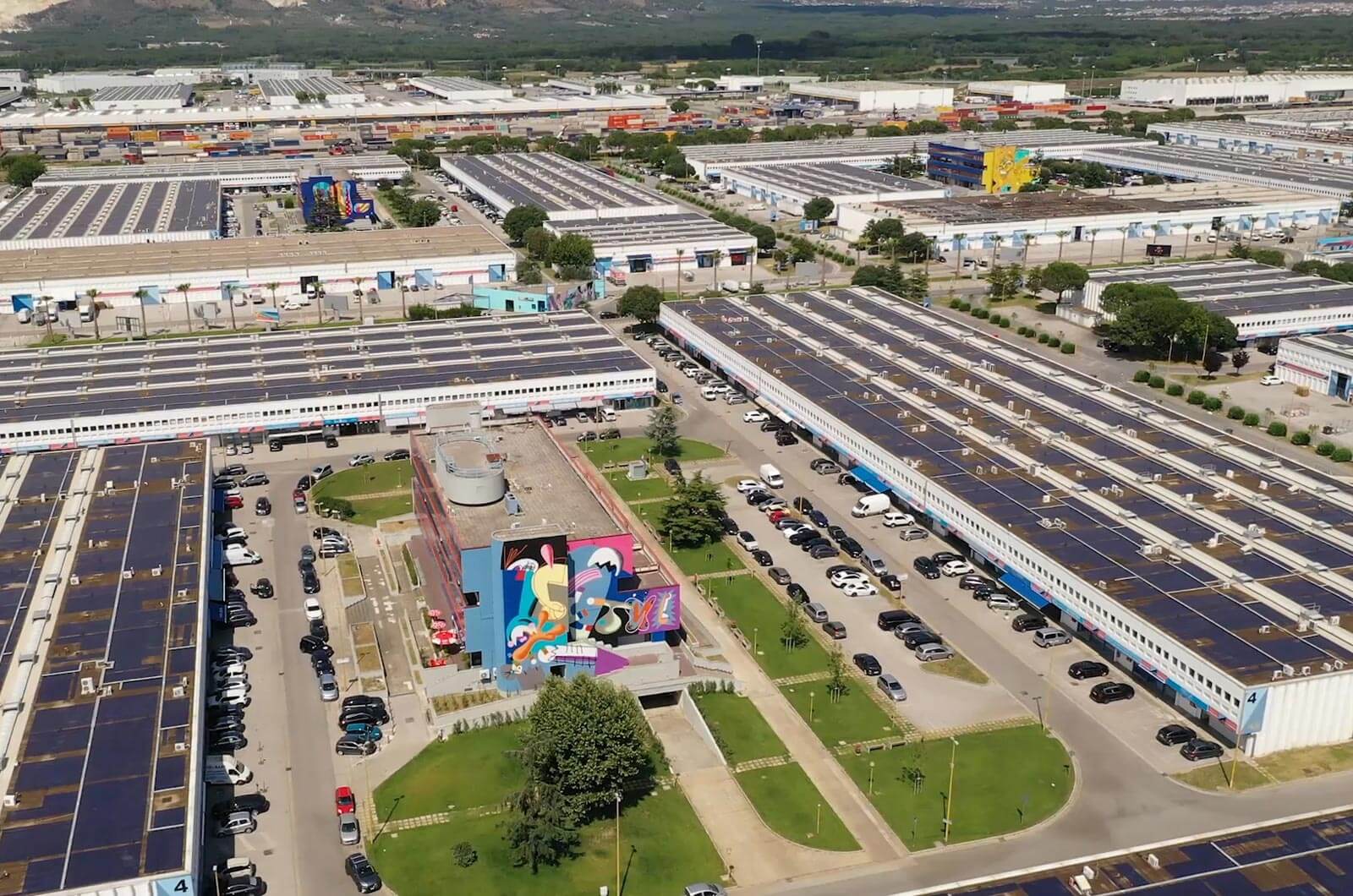 The Bereshit project in the CIS di Nola, Naples, reaches its conclusion with the release of an eye-catching video, capturing the results of this ambitious large-scale initiative with the help of some eye-catching drone footage.

Last September we published Sawe‘s intervention up close, framed in this activation of the gigantic murals carried out in Italy. The Bereshit platform, dedicated to the promotion of graffiti and urban art from its base in the city of Naples, is responsible for this colossal project carried out at the CIS of Nola, the largest B2B commercial distribution center in Europe.

Three of the main buildings of the industrial complex were painted, the main facades of each construction allowing great visibility for the work. In total, six artists were responsable for enormous mural interventions, characterized by the trademark style of each artist. As well as our fellow Barcelonian Sawe, international artists such as Zeus40, Resoner, Koso, Jaykaes y Yele&tres and Tres completed the line up of artists who have participated in a project that has spanned more than two years.

FIRE AT WILL: ROEN