‘NO PAIN NO GAIN’ GRAFFITI & TATTOO WITH BRUS & VICTOR CHIL 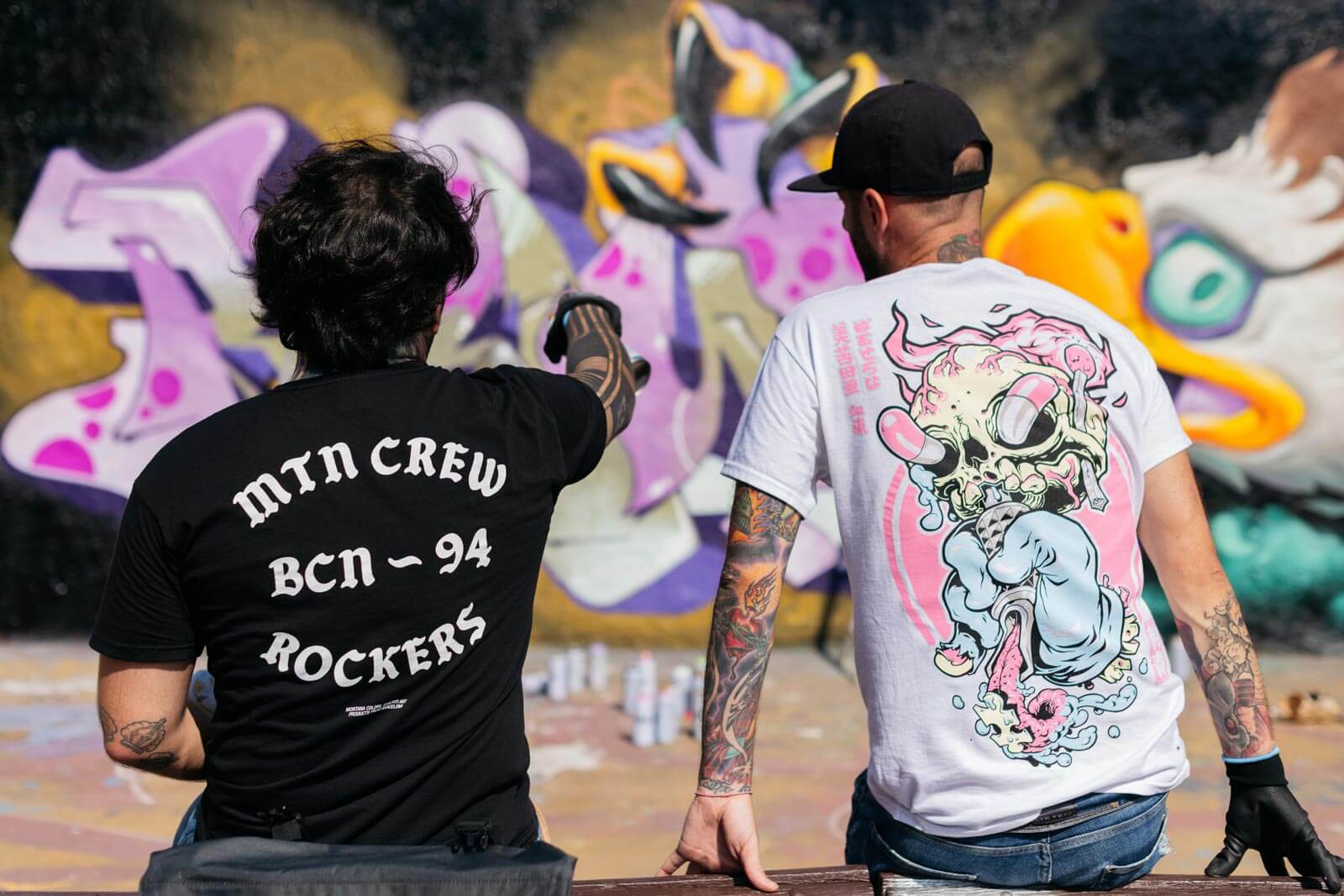 It’s nothing new – everyone knows that graffiti and tattoos are two scenes that often go hand in hand. Two worlds invariably attracted to each other, with many of their proponents active in both fields whether it be writers who love tattoo culture, or tattoo artists who started out as, or continue to be, graffiti writers. With this production, we try to delve into the emotions that unite the two disciplines, contrasting the spectacular styles of two virtuosos: the Roman wildstyle don Brus and the Barcelona tattoo artist, Victor Chil. 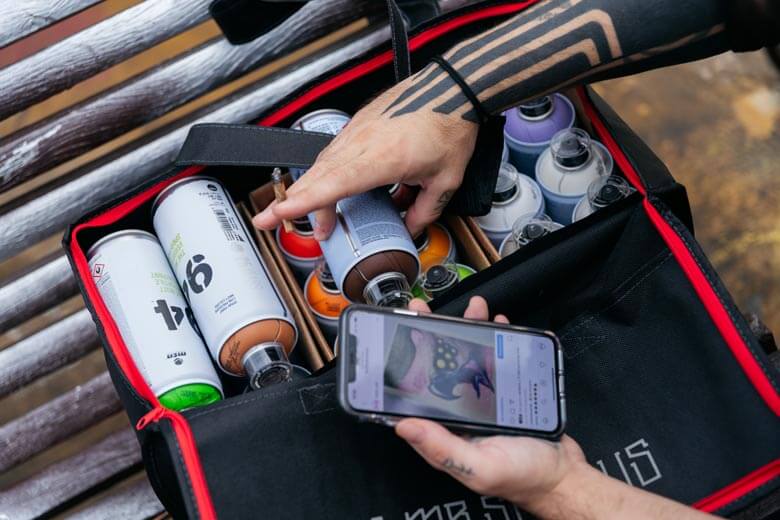 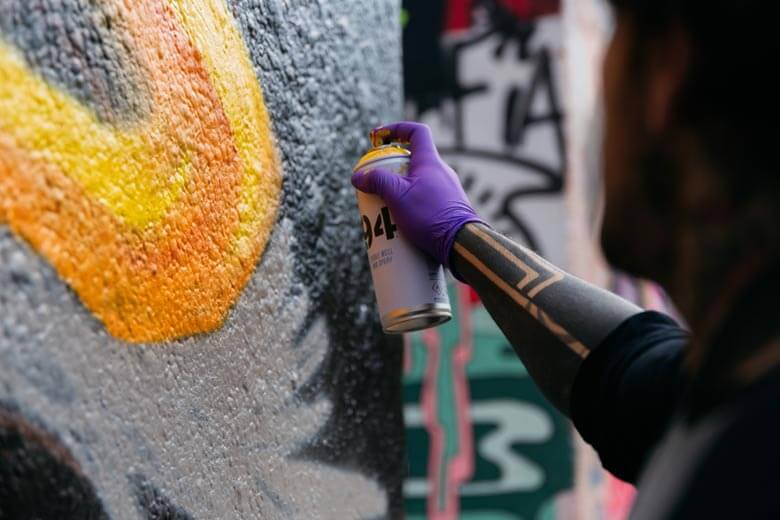 Brus‘ work is well known to followers of Montana Colors. His chromatic ability and, above all, an aggressive but elegant style that uses the most varied tricks of wildstyle graffiti in a very personal way, make him one of the most impressive writers of wild style in the world thanks, among other things, to his stunning productions on metal.
Victor Chil is one of the most famous new school tattoo artists on the planet. His body of work demonstrates that the status is merited. A majestic use of colors, an infinite imagination and his unique representation of nature draw directly from his experience in graffiti. 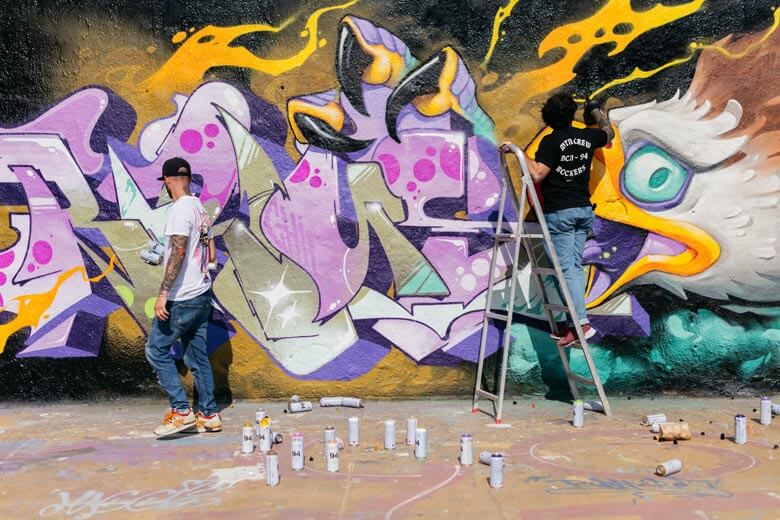 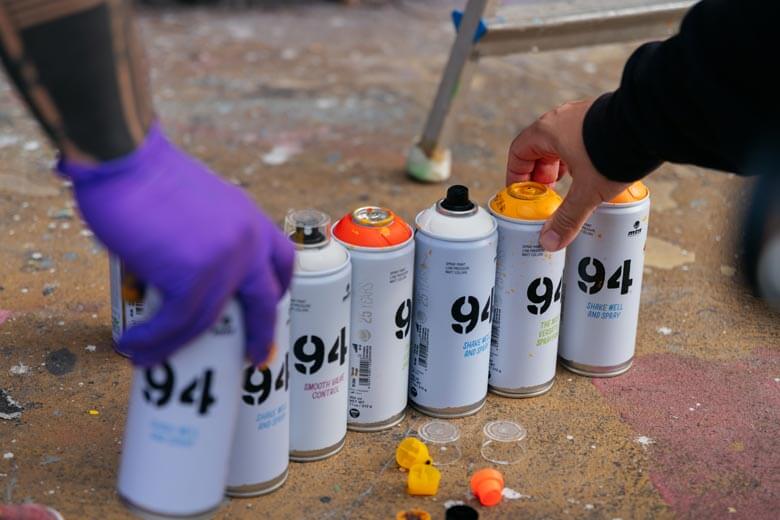 Brus recently commissioned a large piece on his torso from Victor Chil, and the combination was magic. MTN World had to witness the meeting of the two transcendental characters, to address the famed but seldom analyzed theme of the relationship between graffiti and tattoo and, of course, enjoy a sublime collaboration. 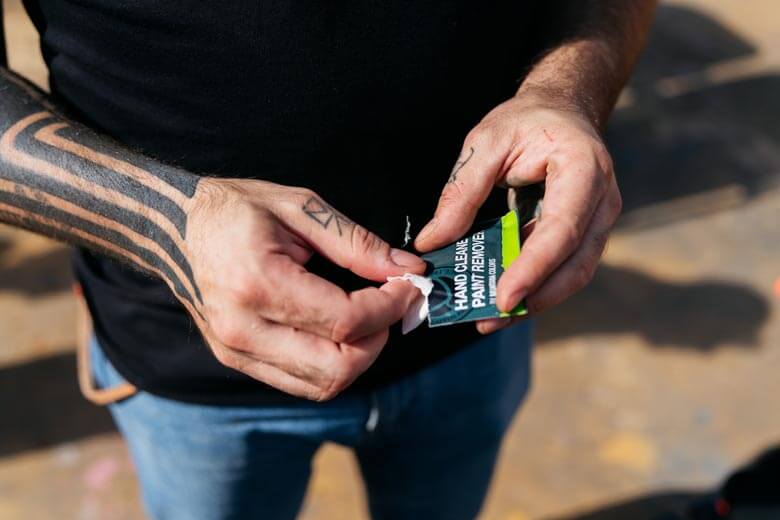 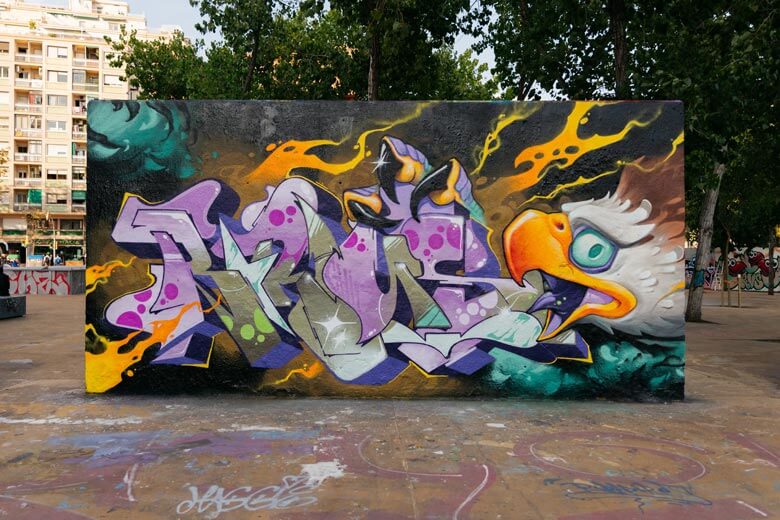 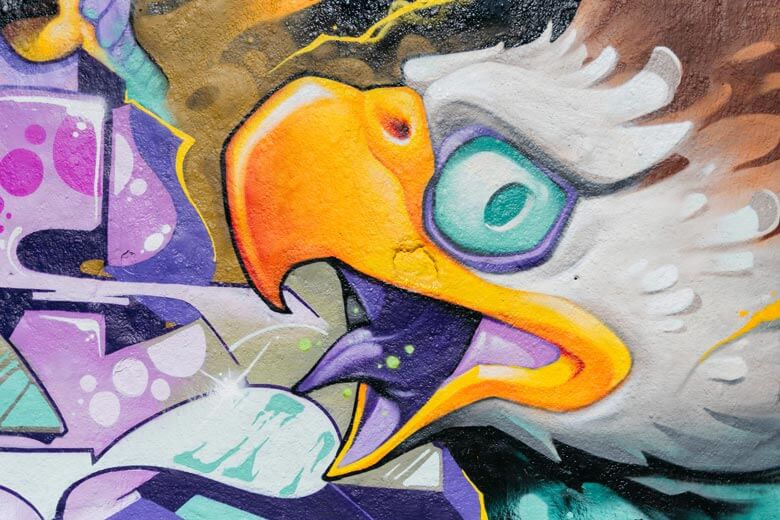