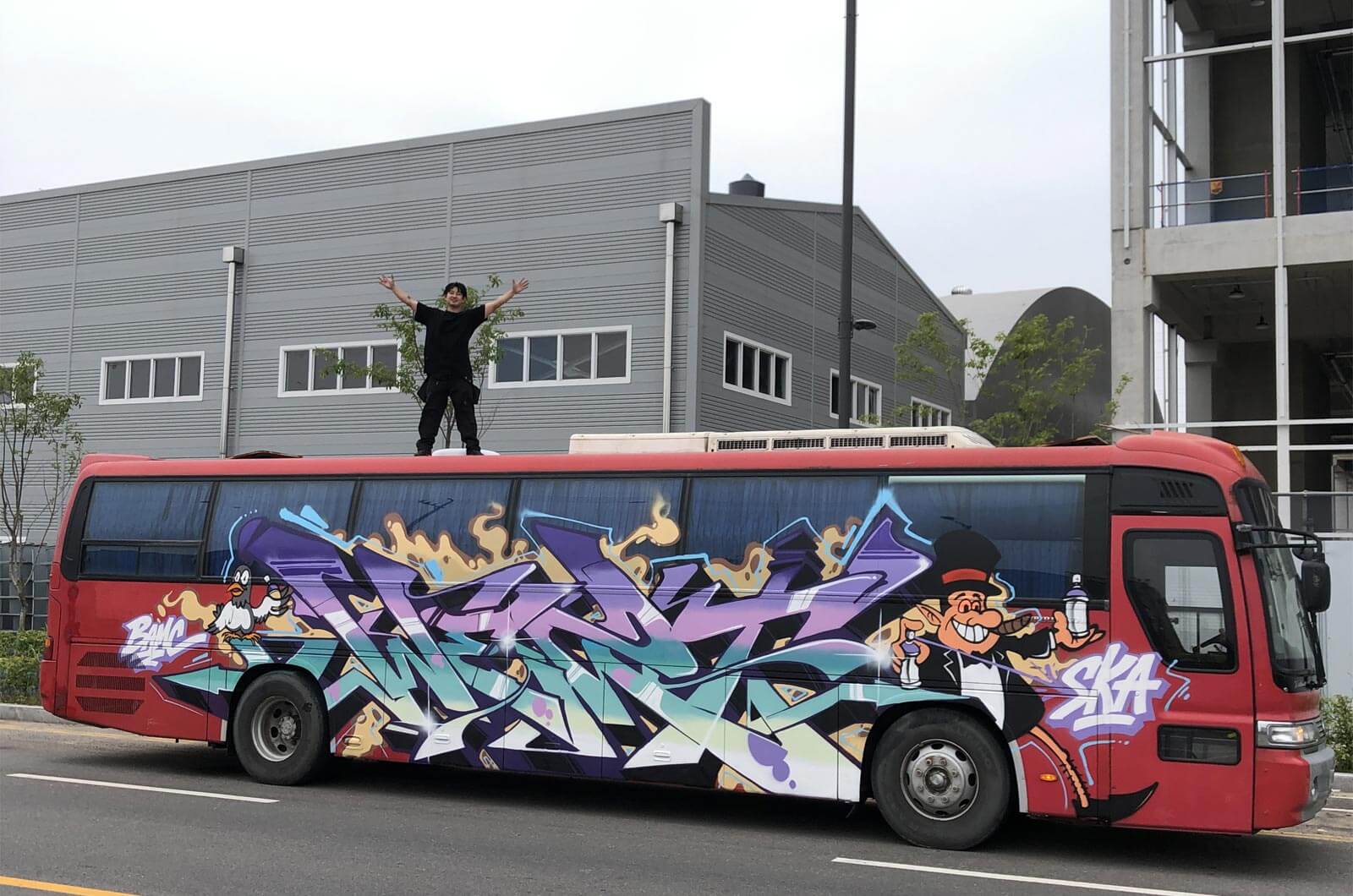 The incredible pieces of Wezt One, which exist within the rigid limits of pure wildstyle, seem to transport the viewer directly to America or Germany. But in fact, Wezt is Korean. We wanted to talk to him to try to find out what is behind his technique that makes him an exemplary artist of contemporary wildstyle. Already big fans of the sensational pieces by the writer from Seoul, this interview reveals a much larger universe of stylistic versatility, illustration and even pop art.

“Korean graffiti started with pieces, rather than bombing, so people have excellent skills.”

We could easily think that someone with a long career in graffiti was behind your body of work. How long have you been painting for exactly?
I became interested in graffiti around 2002 and started spraying in 2004.

Where does your creative motivation come from?
I’ve been drawing since I was young and I wanted to be good at things related to painting. 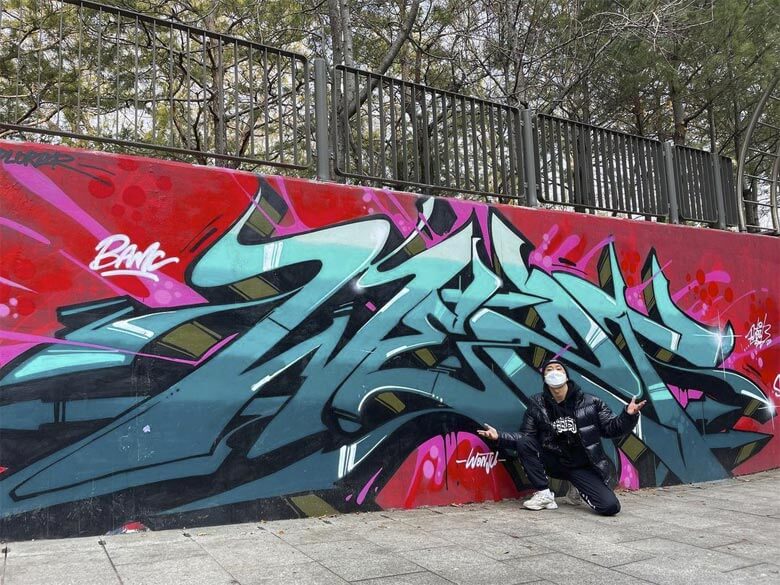 What is the influences that help define your style? What role do your friends play?
I’ve long been influenced by American wildstyle of the late 90s. I grew up looking at a lot of FX Crew paintings when I was young.
Currently, I am a member of BAMC and SKA from LA. My style has been especially inspired by I traveling around the world and meeting many graffiti artists.

Your work is based on classic wildstyle, but adds smart style elements. Is it an intuitive freestyle or is everything calculated and studied?
For a long time, I tried many styles to break away from the original graffiti style. I usually sketch with a mix of cartoons and references. I try to base my wall pieces on a sketch. 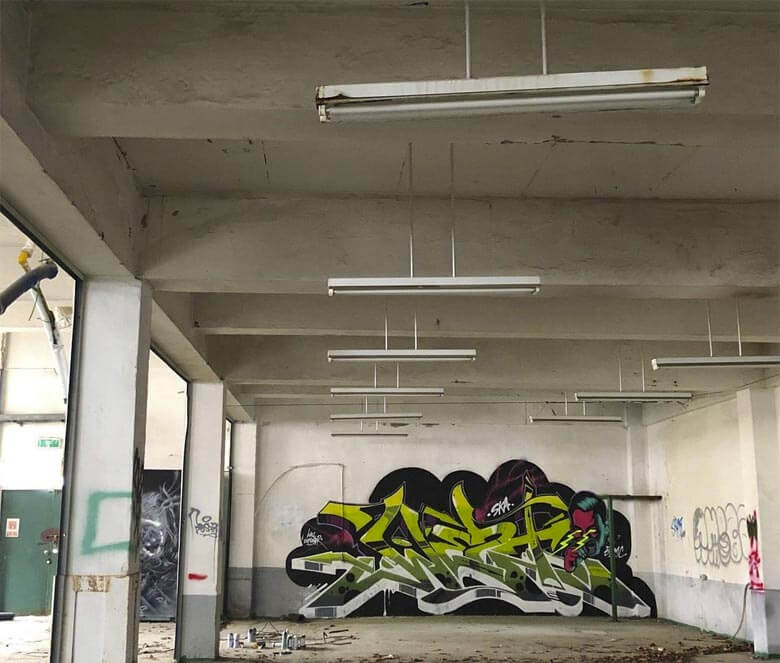 From your point of view, what factors do you need to become a good writer?
Passion. Persistence and research. I think we need constant enthusiasm and research.

The color scheme of the work is well selected and sometimes seems to follow a pattern. Is there a rule when it comes to choosing colors?
I tend to work with new colors from time to time, but these days, I test them out the day before. 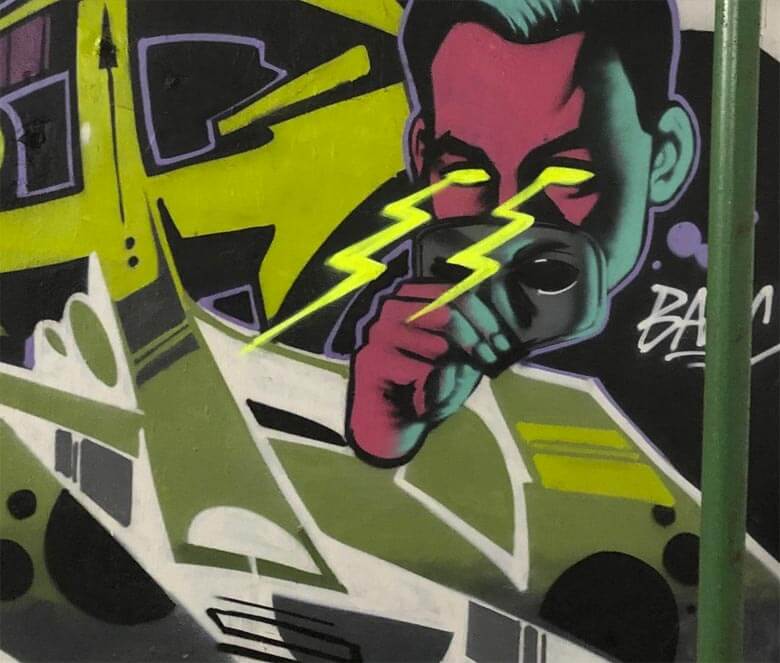 Is there a wildstyle graff scene in Korea? Are there any another writers that paint the style?
The history of Korean graffiti is short and the graffiti scene is so small. Korean graffiti started with pieces, rather than bombing, so people have excellent skills. However, not many people paint wildstyles. Few people know how.

What’s the illegal scene like in Korea?
Korea has the largest number CCTV cameras in the world, so it is not easy to bomb. Hardly any cool writers do illegal graffiti.

Which international scene is more inspiring or interesting to you?
Humor is power. I am interested in illustrations or street art with comedy elements. People who look at street art are just normal people after all. I want to be loved by the public for my humorous paintings. 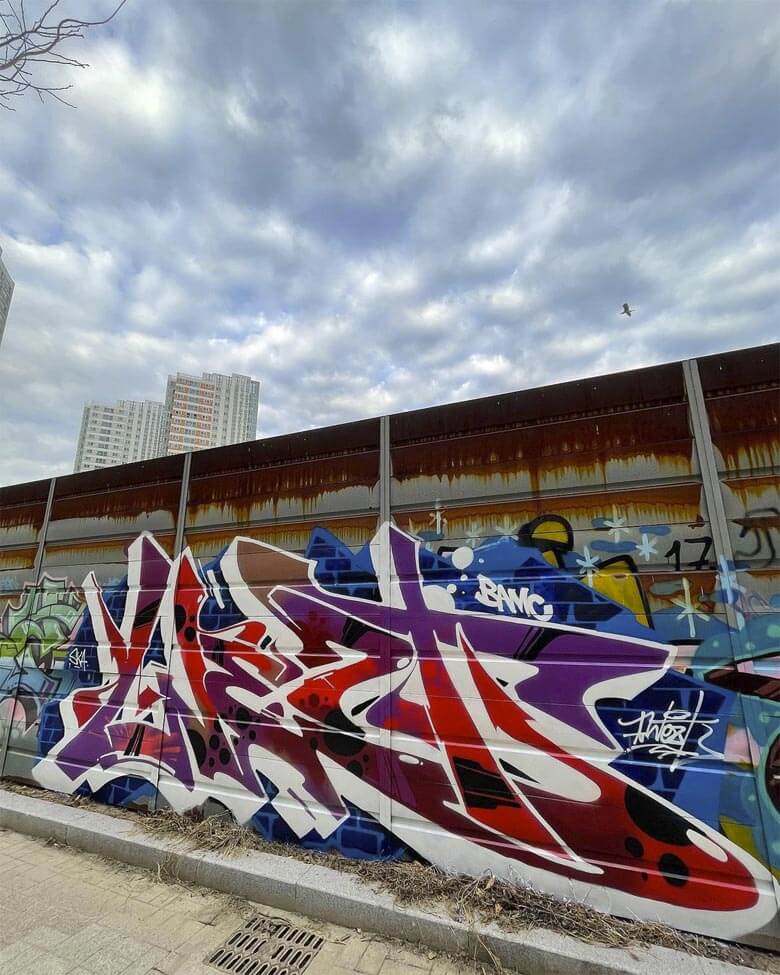 We saw some simple styles on your Instagram account that is very different to the normal wildstyle you do. Why?
Graffiti isn’t just for fun. Writers need practice style to move forward. We need to research and develop.
I draw to see what I want to paint on the wall. I like general wildstyle, but, I think I can do more than that. I think I’ve improved and I can go further by using various styles.
When I have an idea, I tend to draw it spontaneously. I think I can enjoy it much more when I do that.

How much time do you devote to the artistic part of graffiti?
I’ve been painting since I was a kid. Painting is a part of life. Recently, I’ve been playing with illustration and pop art. 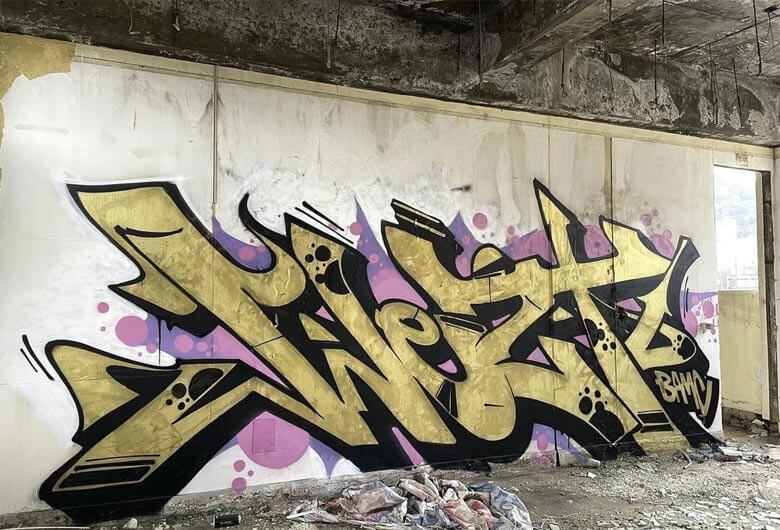 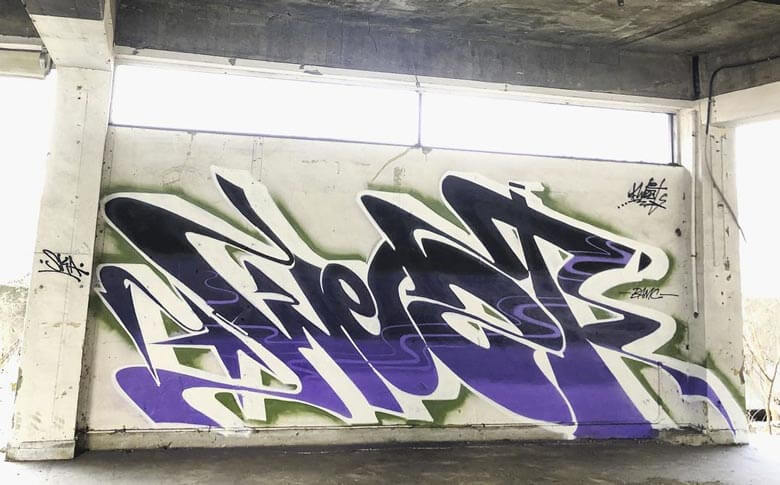 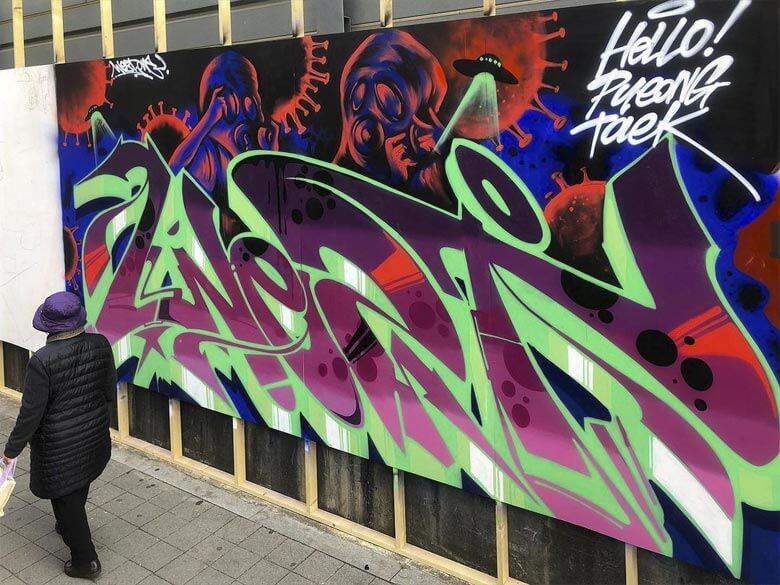