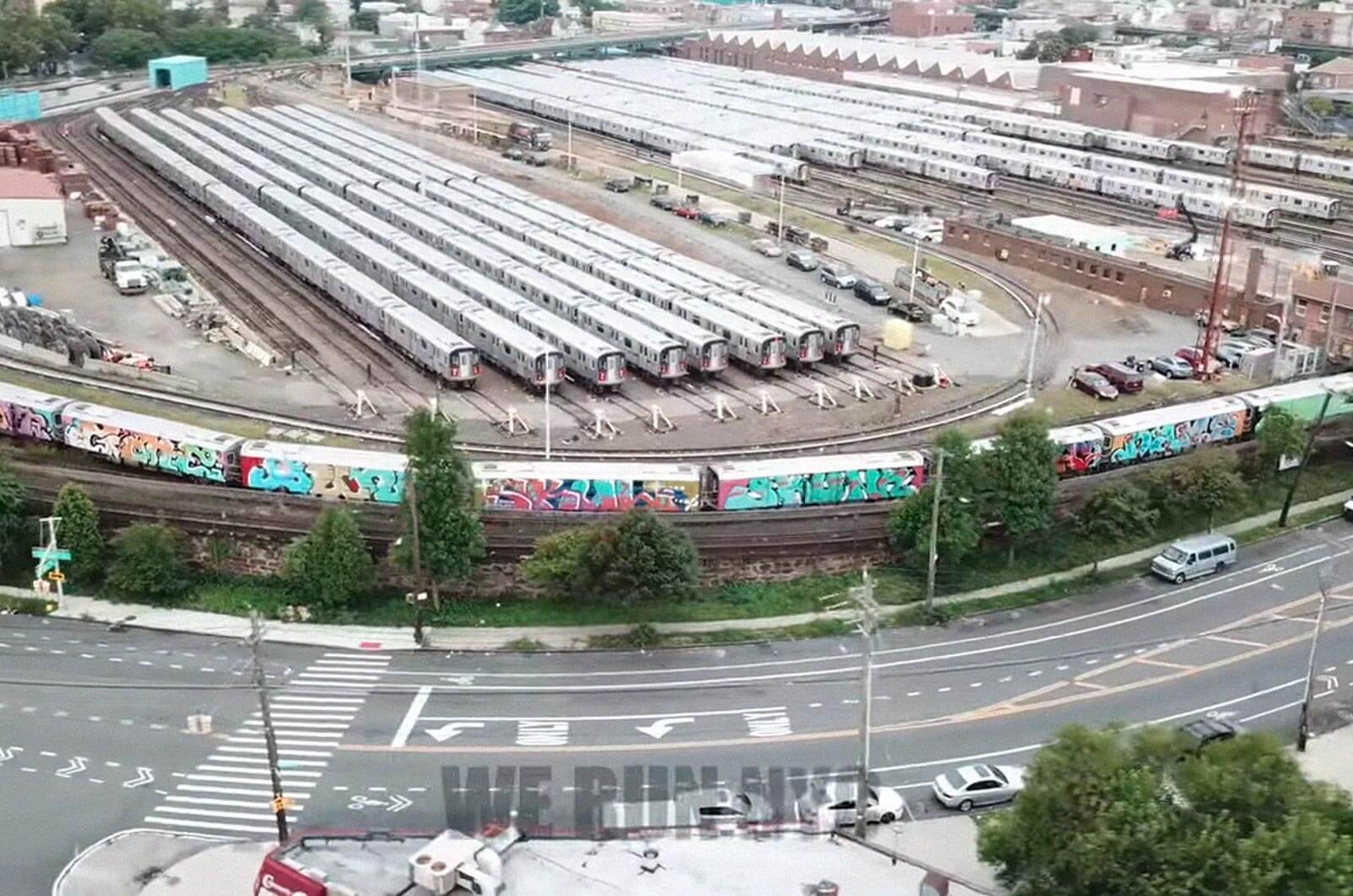 The second compilation of the incredible subway productions carried out in New York City is out, with new large-format pieces recorded in traffic with spectacular drone shots.

The period of time between the late 70’s and early 90’s is known as the Golden Age of New York graffiti. We still remember the period with respect, due to its historical importance, but what we are witnessing right now goes beyond even the most active time of the last century. Just by following some of the accounts that post contemporary interventions on the NYC subway – @nycgraffheads – you can appreciate that, today, underground activity has nothing to envy the era of “Subway Art.” Not a day goes by without confirmation of a new full-color wholecar or wholetrain.

The anonymity of the “We Run NYC” project, a series of videos published by the Systemboys platform, is understandable given the legal problems that all the documentation could entail. That same mysterysurrounds the authorship of most of the pieces, since the writers involved, whether locals or visitors, make use of different aliases to complicate a police investigation. In any case, it is a privilege to be able to enjoy all this impressive new footage recorded by drone. No mean feat, as flying the automated camera over the city is also strictly prohibited.