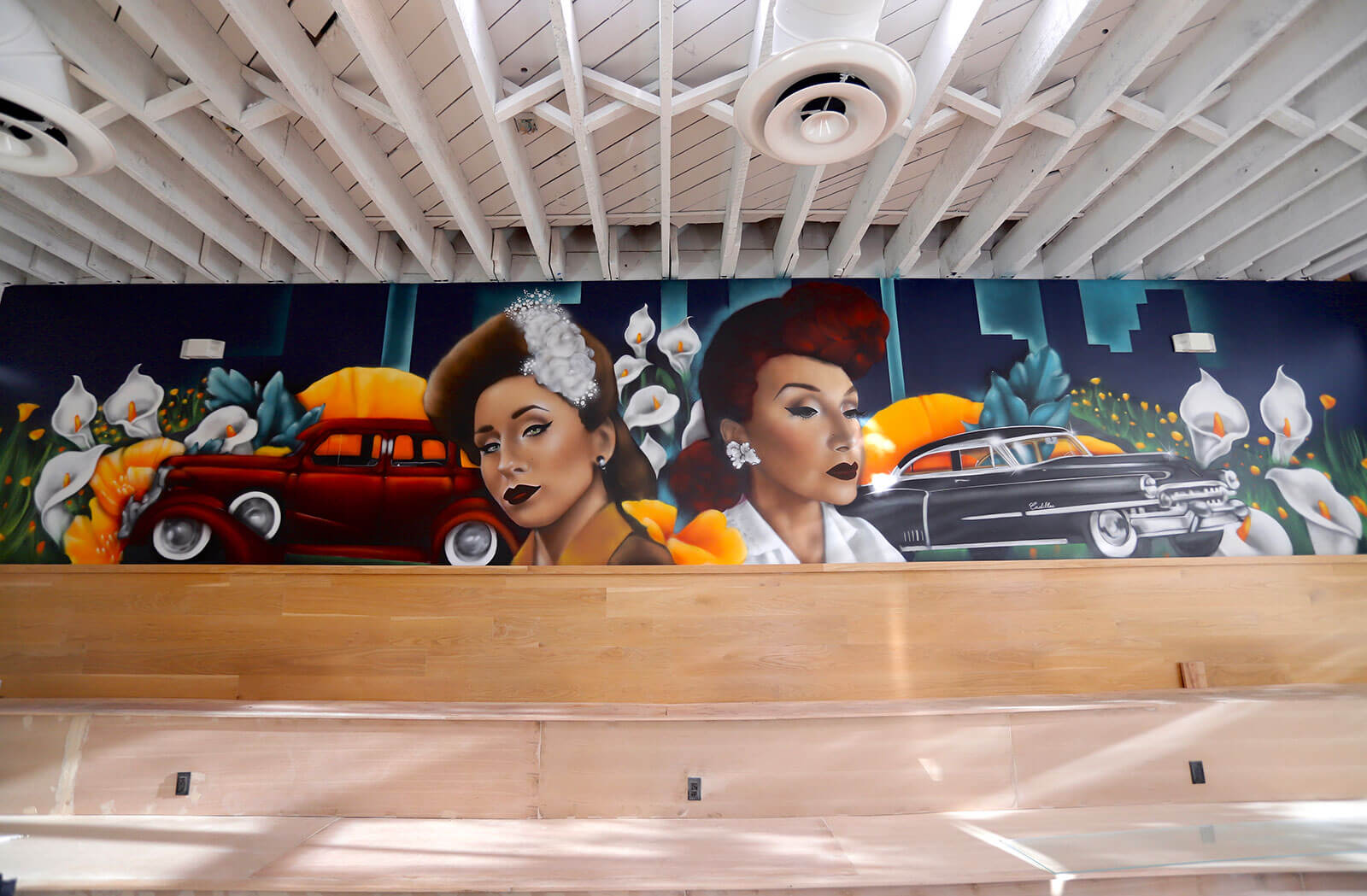 As a culmination of #mtnwomensmonth, here at Montana Colors we’ve decided to honor the presence of women in graffiti and urban art with an article about one of the biggest and most striking women’s groups in the world, Few & Far Women.

The presence of women in graffiti dates back to the 70s with names like Eva62, Barbara62, Charmin65, Lady Pink or the 80s with Mickey and others. From the era of those pioneers until the present day the growth in the number of women who paint and create has been exponential. Nowadays we’re no stranger to crews formed only by women. 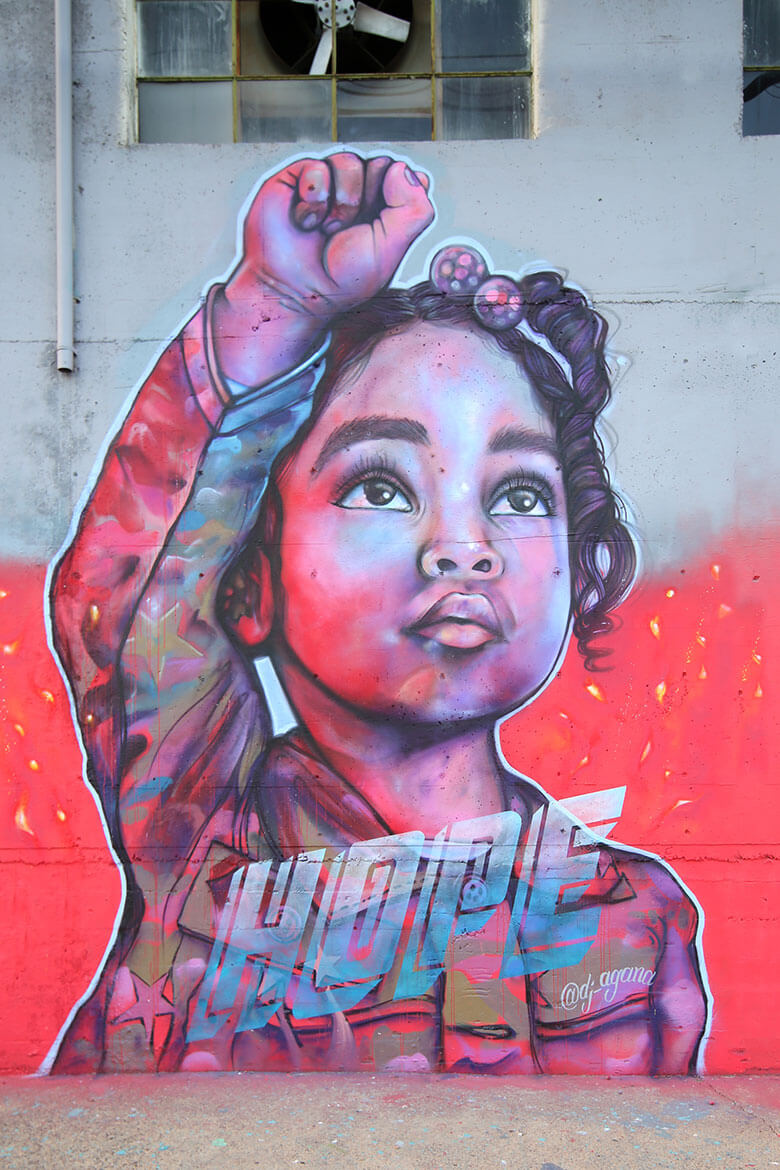 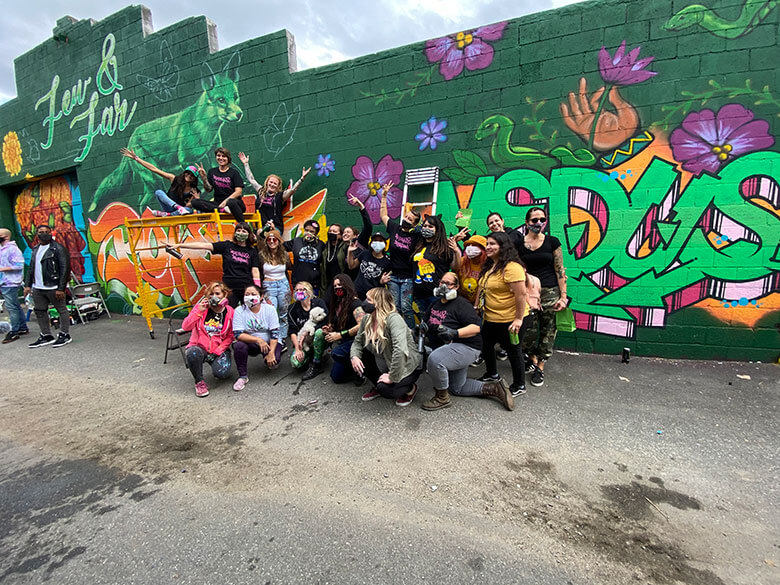 One of these crews or collectives is called Few & Far. Their origin dates back to June 2011, when the writer Meme, the founder and main organizer of the large female crew and nonprofit, put together a mural in the city of Oakland, California with the idea of celebrating fellow women artists. 17 women participated in this pioneering idea and found acceptance not only from the audience, but also from the artists themselves, who found among themselves a space to develop and generate ideas and projects — a kind of artistic matriarchy. 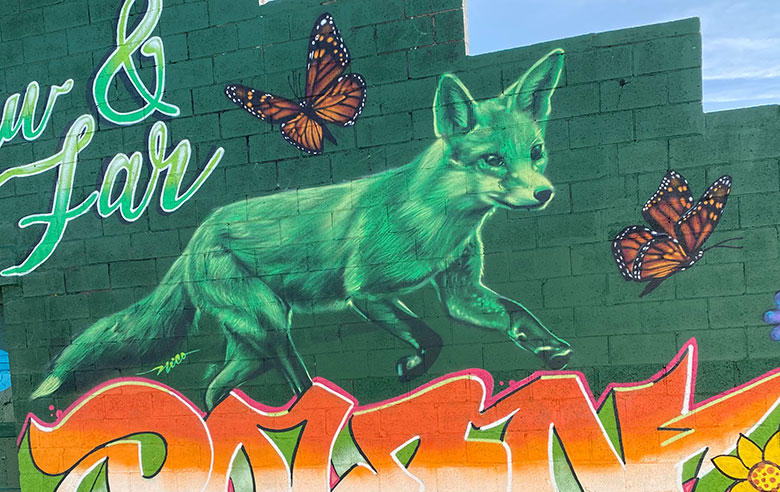 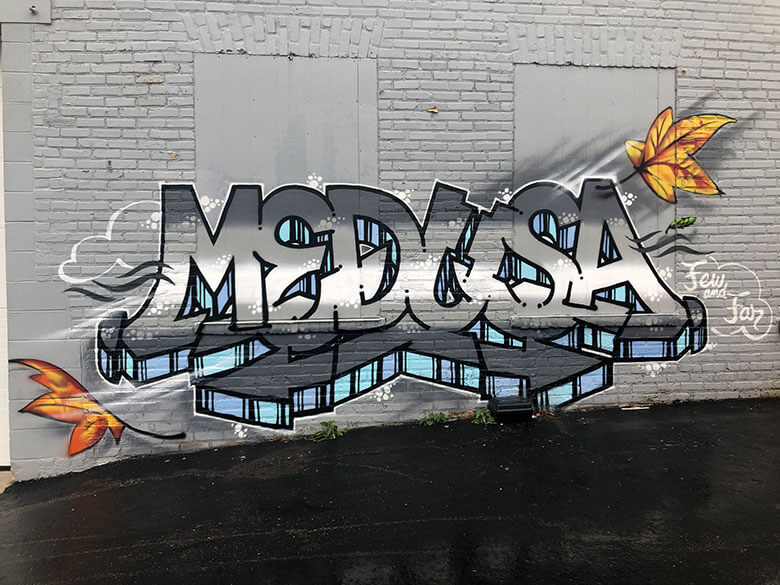 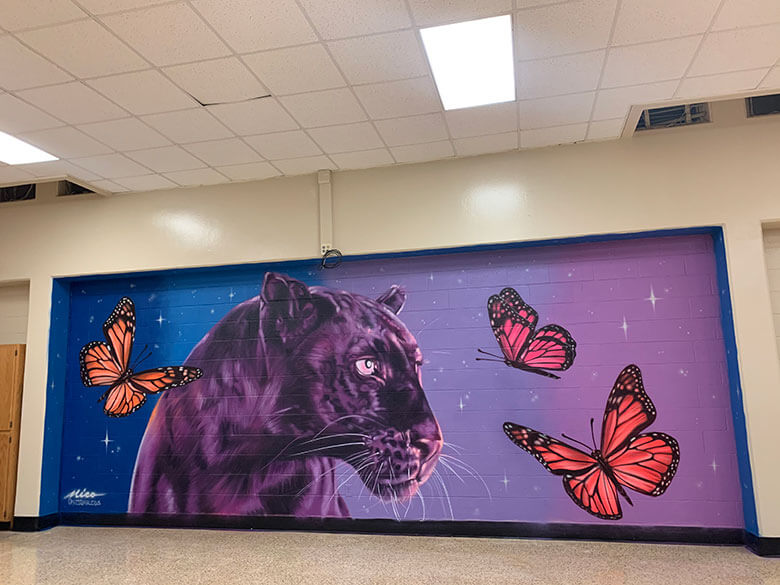 The organization now has 23 US National and international members who paint murals together around the world and skateboard together across the US, whilst supporting and empowering each other as women and artists.
One of them, Imagine (Kathmandu) has raised her voice in support of the Asian community in America, which is sadly in the spotlight these days for being the target.of the latest wave of racist attacks in the United States. Meme’s last big trip was to India for a cultural project at TTI Mumbai College.

Special mention for Ursula X. Young as  Co-leader & Co-organizer for Few and Far 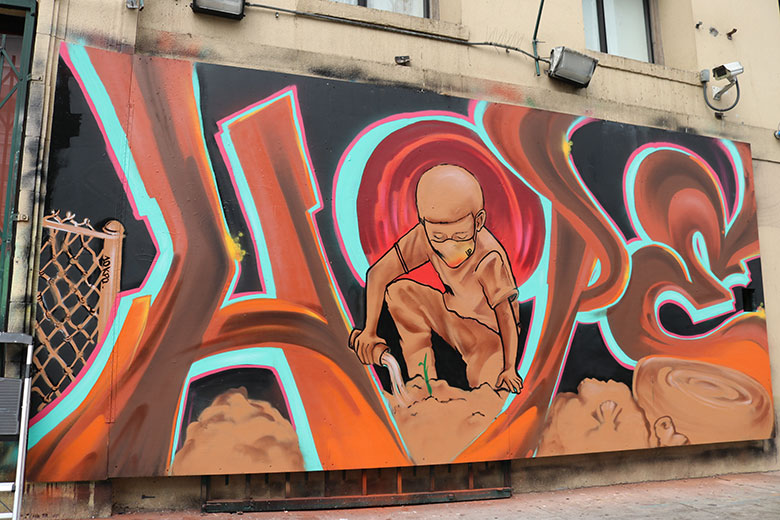 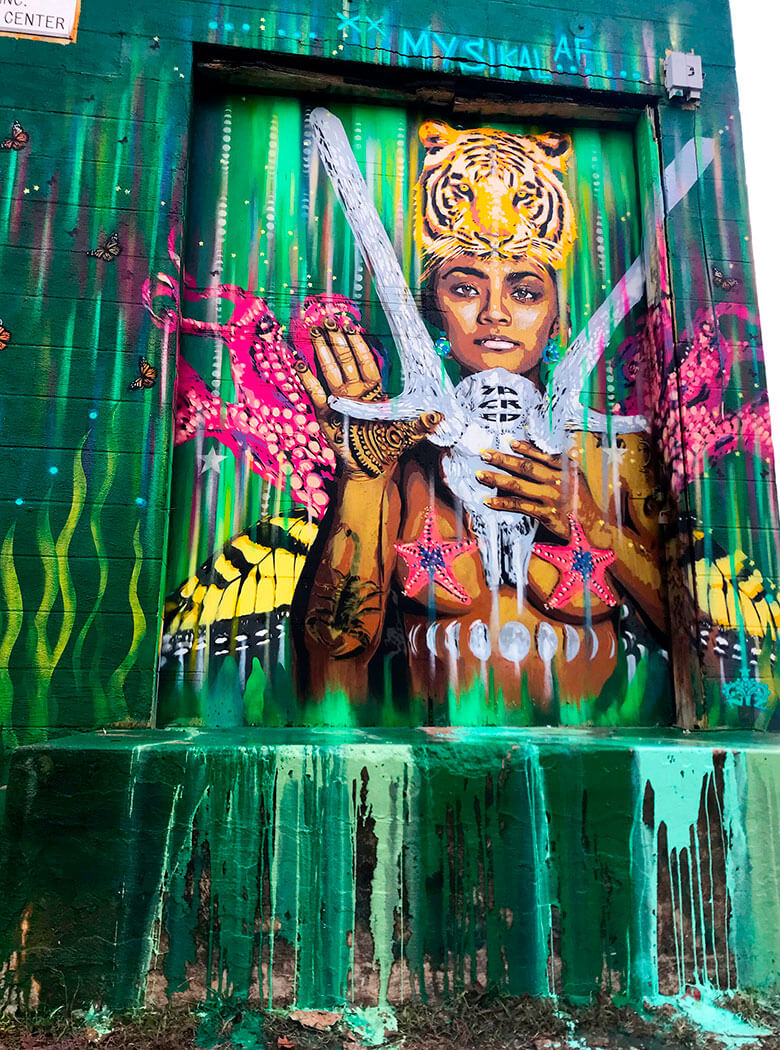 FIRE AT WILL: SAONE