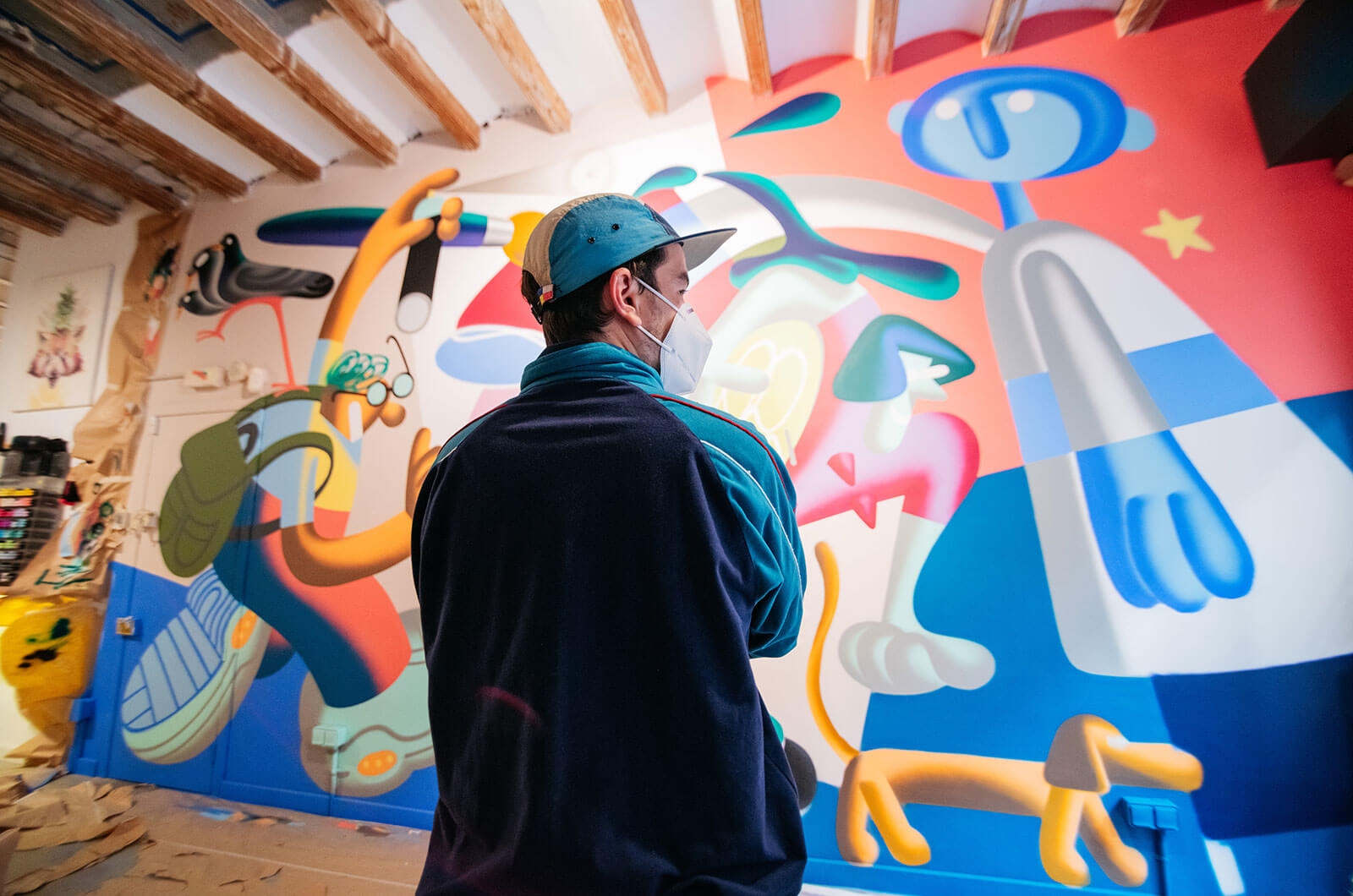 The graffiti writer and artist Sawe has visited the Montana Shop Barcelona-Gràcia to produce a mural which greets visitors to the shop in Barcelona. Sawe, who has been closely linked to Montana Colors throughout his artistic career, had previously intervened in the store in 2015. Six years later, the new piece demonstrates the swagger of his signature style, exhibiting his mastery in can control and the manifestations of his imagination. The composition features references to the folklore of the Festes de Gràcia– the local festival – with specific depiction of the character known as “La Gresca.”

It is always nice to see friends grow both personally and professionally, so we caught up with him during his time at the store to ask him some questions regarding six years of development between the two murals.
The process was documented by Clara Antón and Rubén Cruz, whose images you can check  on the Montana Colors Instagram account. 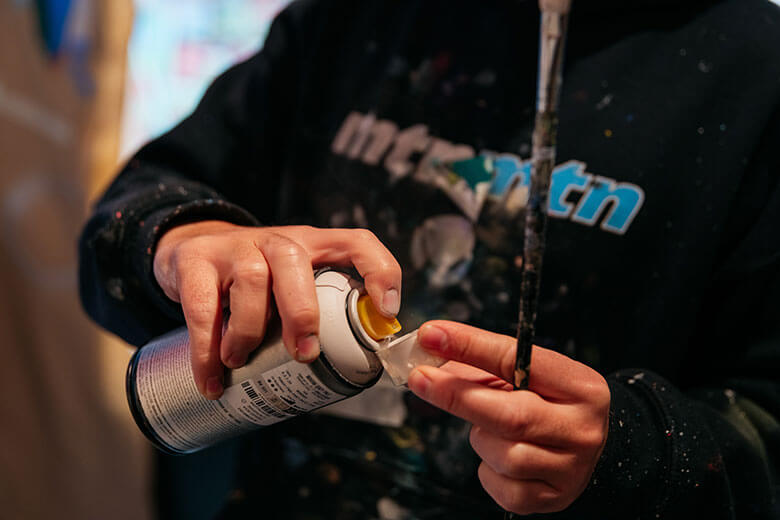 What changes are there between the old and the new mural in terms of meaning, technique and motivation?
There aren’t many changes. The brief was to make a colorful, attractive mural with characters surrounded by artistic material. This time La Gresca appears, a figure associated with Gràcia. The neighborhood is famous for its summer festival and all the Catalan traditions that it involves: human castles, a contest of decorated streets and giant puppets. This particular character represents the night activities of the festival which were sorely missed in 2020.
In terms of the technique, this new mural is entirely made with water-based spray paint.
The customers and workers who spend hours by the wall certainly appreciated it. The piece is totally produced with material from the store, perhaps people could be inspired for their own creations. 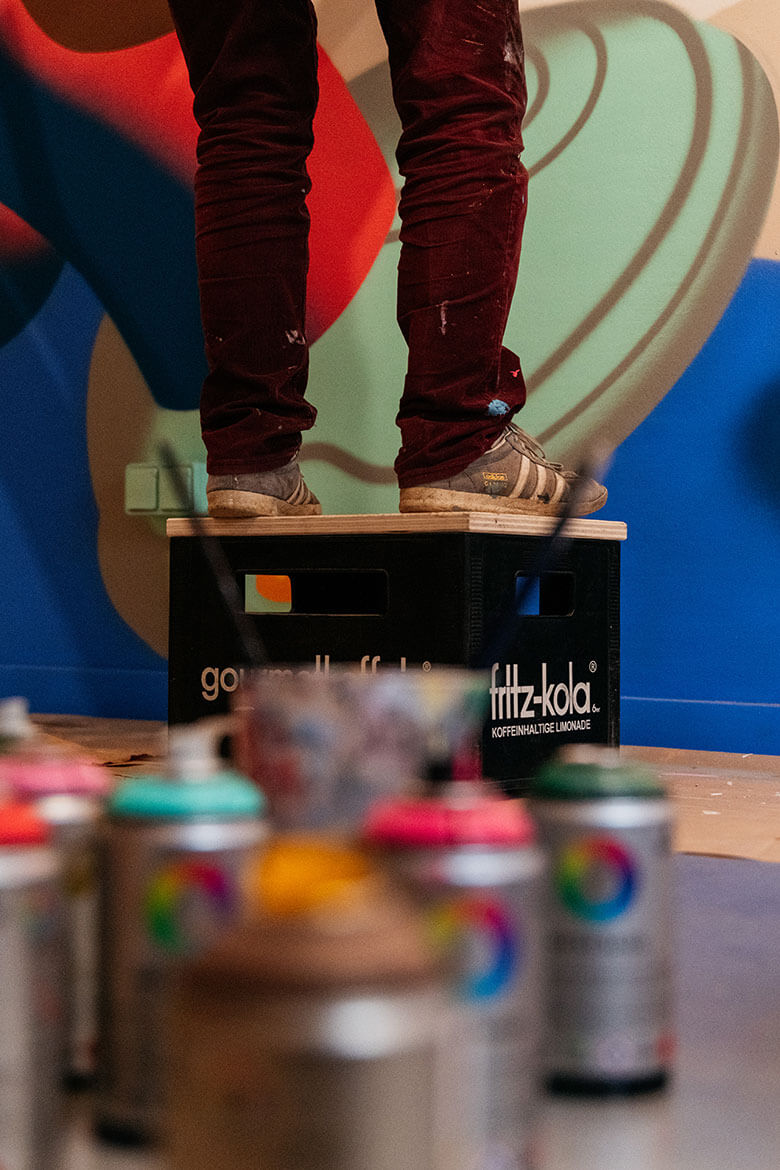 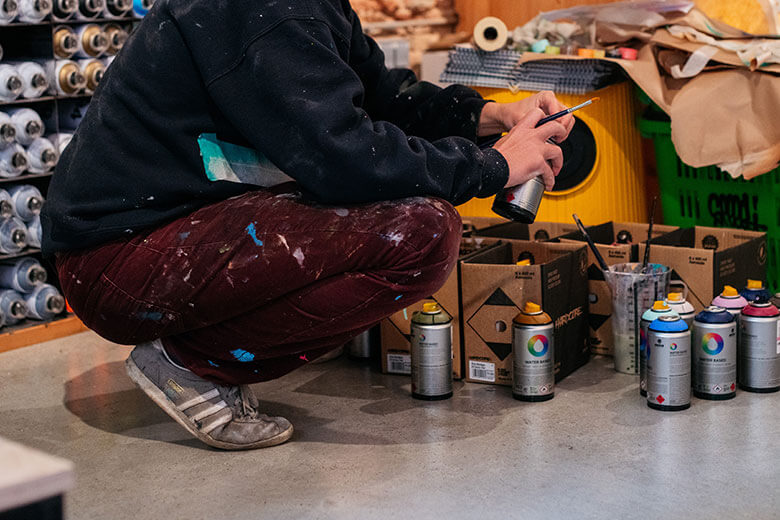 ‘I’m clear about what graffiti is and what is not. It’s true that there are many projects where I am not doing graffiti, but I’m contacted because of my connection with it.’

How has your career evolved from painting that mural to the current one?
In 2015 I was just building an animation studio with three friends. That gave me time to work on lots of audiovisual projects, to the point of saturation, so I pivoted into the art world. Since 2017 I have produced quite a lot of work. Paintings and sculptures that have traveled through Spain, Japan, America, France, Italy, Belgium, Germany and Holland. The more responsibilities, the more difficult it is to carry on painting graffiti, but I’ve adapted and found new ways to paint.

How do you feel about working on a project for a brand as close to you as Montana?
Very easy! I worked for Montana for several years as an illustrator and 99% of the time I paint with Montana paints. We keep it in the family. 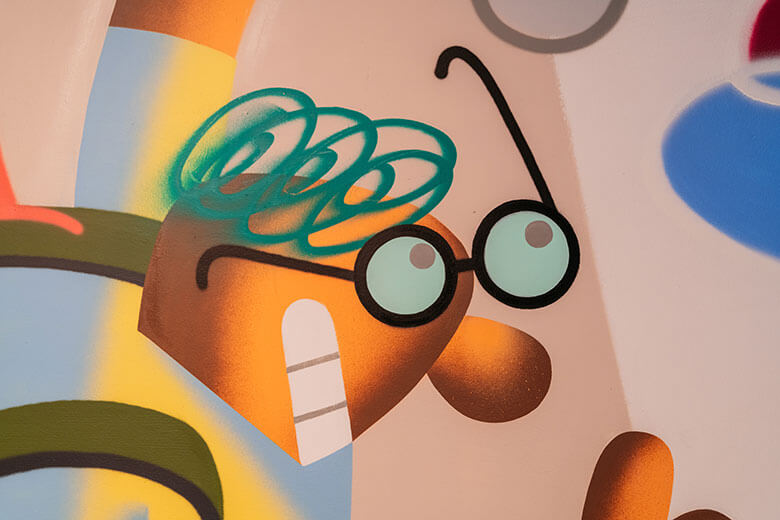 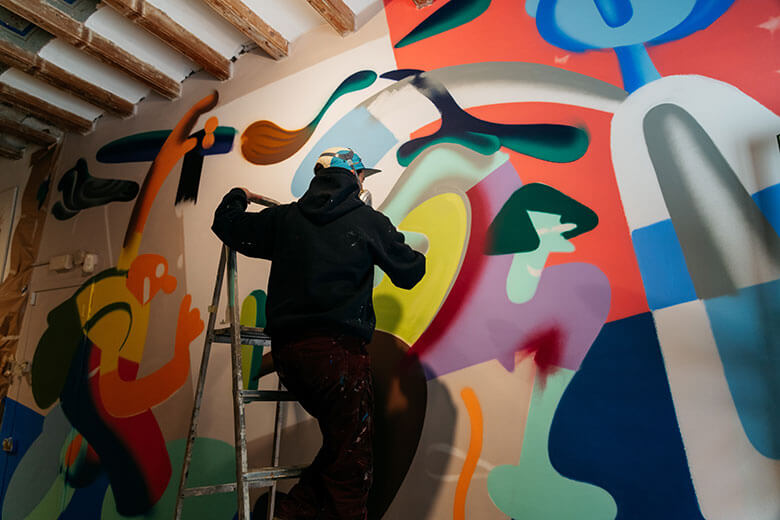 ‘Limits appear when you listen too much to other people’s opinions or pay too much attention to your own fears.’

You’re an artist, illustrator and a graffiti writer. How is it possible to develop skills in such varied areas?
With a lot of motivation and not much time on the sofa.

Is it easy to keep your different pursuits separate?
I’m clear about what graffiti is and what is not. It’s true that there are many projects where I am not doing graffiti, but I’m contacted because of my connection with it. When hobbies are mixed with work, the results can be super fun or disastrous, but as long as it’s interesting and doesn’t cause problems for my graffiti, I’m open to offers.

Your current graffiti presents a style that has evolved from your own aesthetic language. What limits does originality have in this sense?
Limits appear when you listen too much to other people’s opinions or pay too much attention to your own fears. You have to let yourself go and have fun. If not, it becomes a monotonous activity. 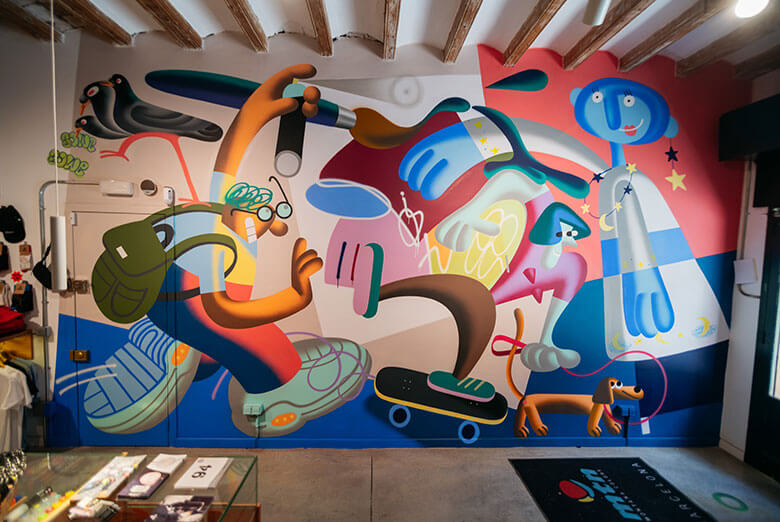 What were the most recent jobs that have brought you the most enjoyment?
I really enjoyed creating these three collages for the “CATERPILLAR” group show, curated by Moncolon&elspit at the Slika gallery in Lyon.

You can visit the mural at the Montana Shop Barcelona-Gràcia from 10am – 8.30pm, on Carrer de les Guilleries, 28. 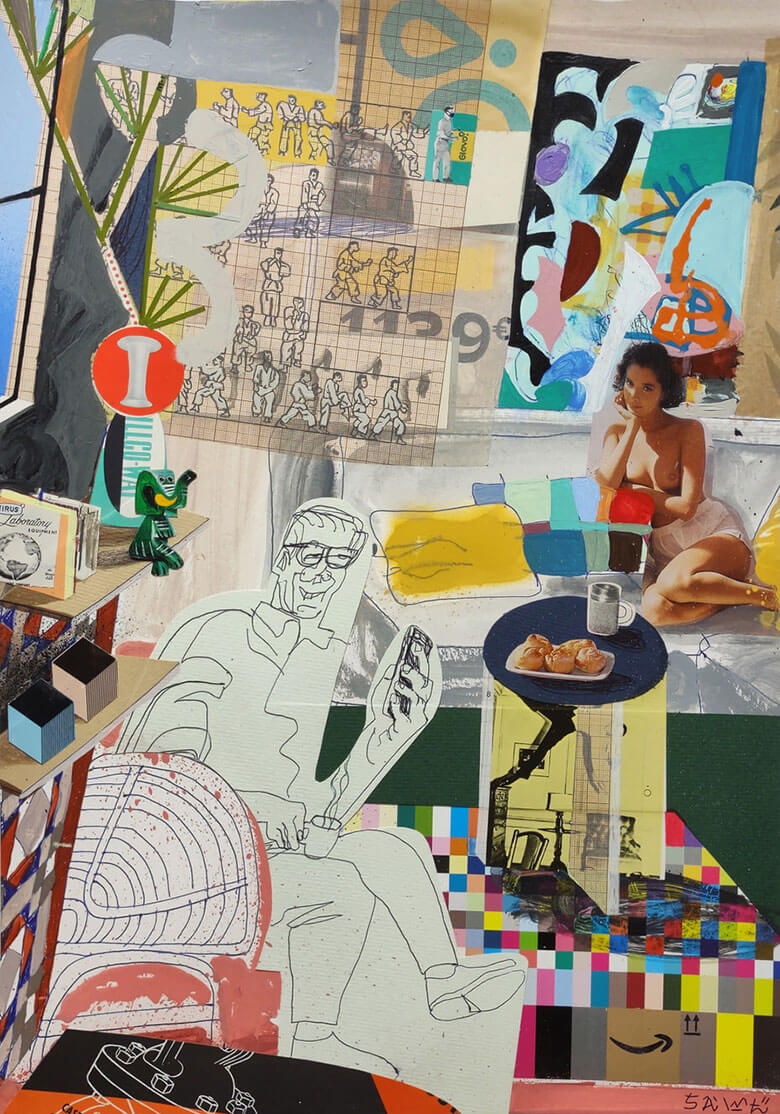