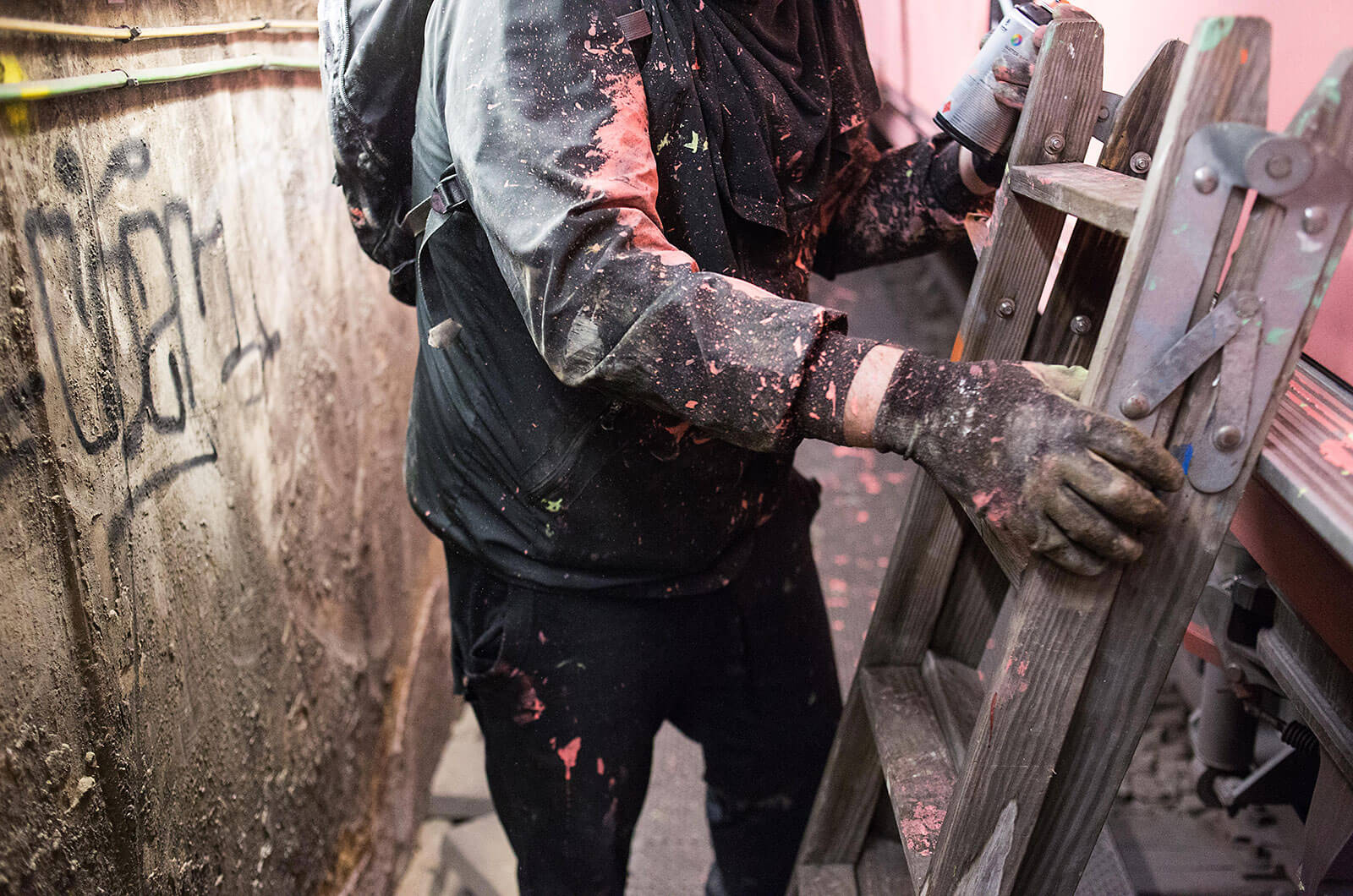 With six days to spare, the Barcelona Showdown crowdfunding campaign has surpassed its €18k target. The book, which covers underground graffiti in Barcelona will go to print this month. The man behind the project is Mark Madness, who has featured in Tramontana Magazine and connected for a live interview on the Tramontana Instagram account as the campaign drew close to its goal.

To access all the artistic content that Montana Colors has published this month, search using the hashtag #mtnartmonth on social media.

On April 14, Tramontana Magazine debuted a series of live interviews with an Instagram Live interview with Mark Madness, head of the Barcelona Showdown editorial project. Diagonal Mark, the presenter of the Real Talk and Hablando en plata broadcasts, talked to the photographer about his experience as a writer and photographer as well as breaking dowb the process behind the production of the new book. 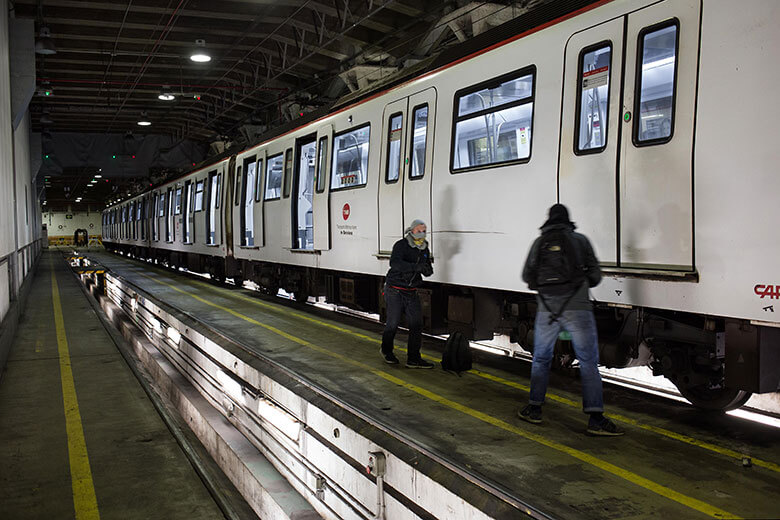 “In all the time I’ve been taking photos, there have been moments of tension, but I’ve never seen fights.”

A striking photo by Mark Madness closes up Tramontana Issue Three and serves as an ideal introduction to the artistic output of the photographer. By revealing the pretext and hidden details of the portrait, Mark invites us into the reality of the subculture that Barcelona Showdown represents through historical documentary as well as positioning the work on an artistic level.
Mark is well aware of the risks that the subway environment poses to the writers, but makes an effort to conserve an impartial perspective. Despite forming a trusted part of the groups that access underground locations, his role as a documentarist means that he keeps an objective distance in the event of conflict with security guards – a vocational hazard for subway writers. When asked about his opinion of their efforts to stop the writers, he says: “I empathize with them, but not with their abuse of power.” Mark contests the cliche that violence is frequent in the scene. “In all the time I’ve been taking photos, there have been moments of tension, but I’ve never seen fights.” 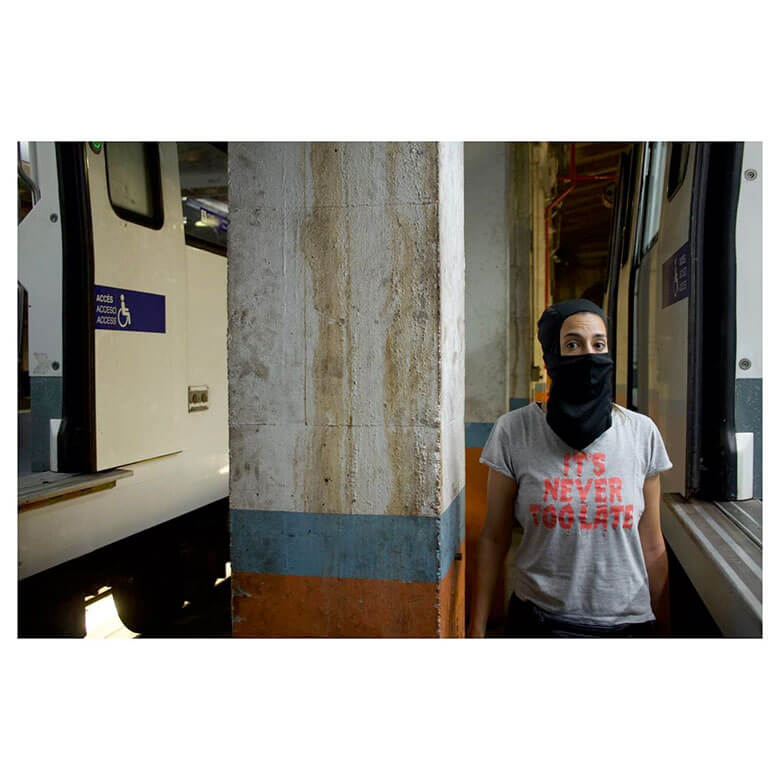 Barcelona Showdown adds to Mark’s photos with a wide array of historical images from four decades of underground graffiti in Barcelona. From the first writers who ventured into the unguarded train depots and began to discover the subterranean secrets of the city to the present day: a consolidated graffiti scene whose aim is to overcome advance surveillance systems. “The older writers say that in the 90s they painted a couple of times a week… now the activity is much more intensive,” explains Mark, who has earned the trust of dozens of legendary Barcelona writers to compile material. Addressing the lengths he has had to go to to retrieve the archive material, he says: “I regret not having recorded a making of of this entire project.” 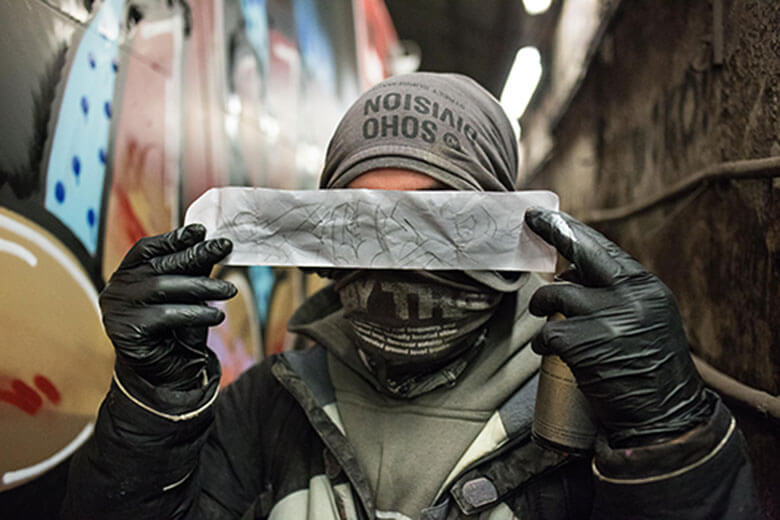 Such an ambitious required contributions from a small team, and Mark gives credit to the other professionals who have made the publication possible, namely designer Jaume Ricard, illustrator Alejandro Alonso, art historian Jaume Gómez and translators Ángela Agraz and Matthew Duffield.
Just like a successful subway mission, teamwork has proved essential to complete a unique project.
Preorder your signed copy of Barcelona Showdown here (until 25th April). Follow Blood and Madness for the latest news of the official release. 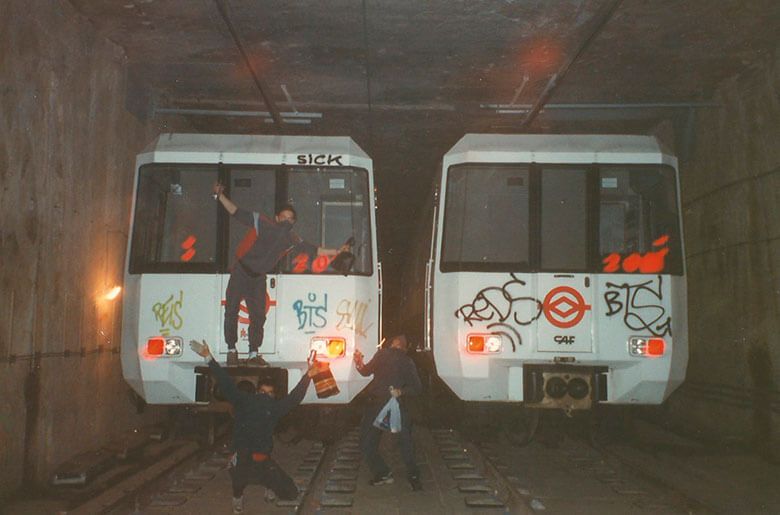