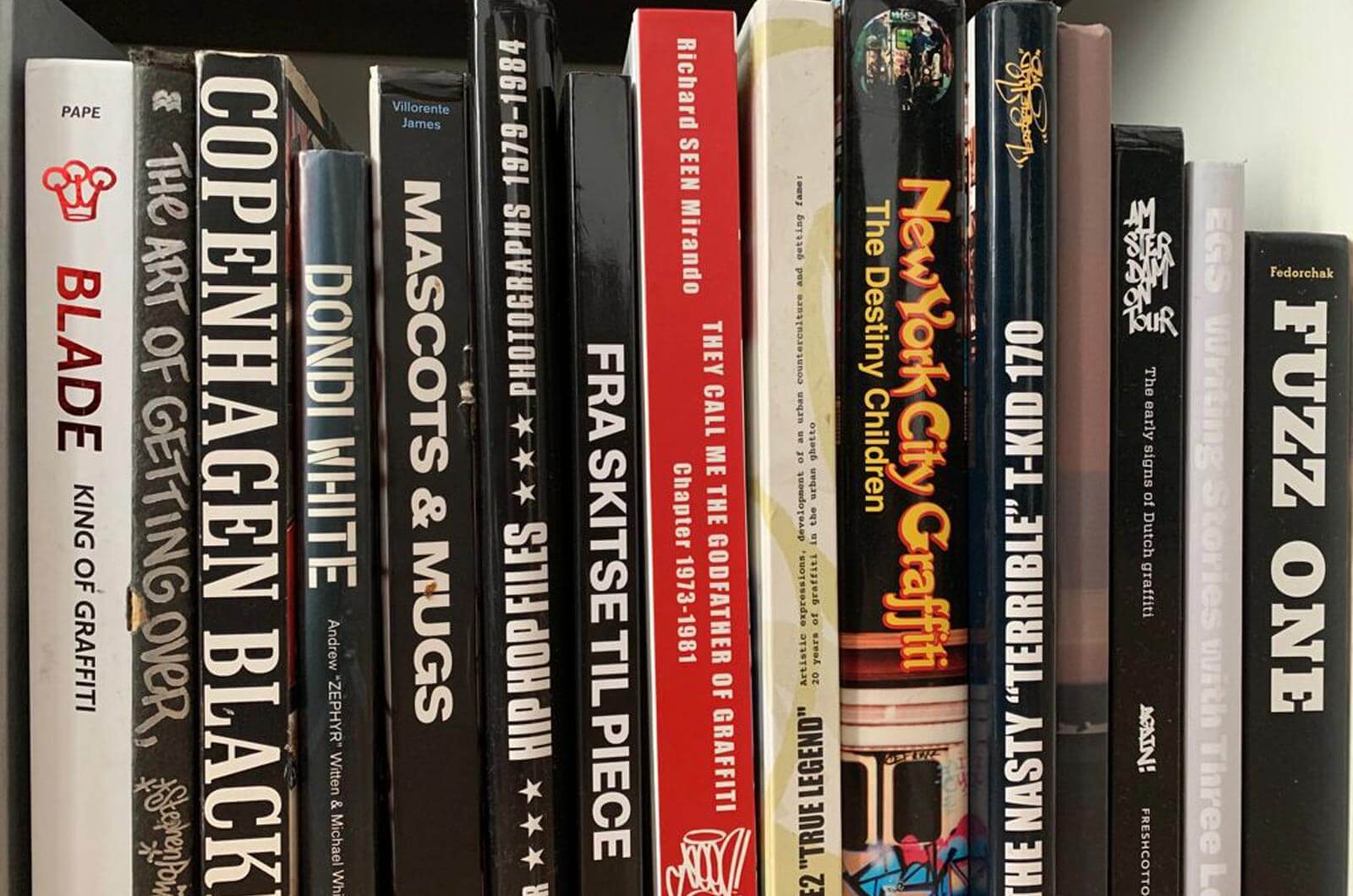 Graffiti is now an entire editorial genre in itself. 50 years of visual culture have gone a long way, and trying to package this underground movement in a format that appeals to the general public has its risks. If you go to a conventional book store looking for graffiti publications, you’re just as likely to find street art or generic graffiti books without much depth. Unearthing the seminal work that has contributed to the discipline of graffiti as we know it today is another story. Many of these books are hard to find, even with the shared knowledge of the internet.

To celebrate World Book Day, we’ve made a list of some of the titles that we consider essential. We’ve tried to include a variety of different themes and eras. As many of the recommended books are scarce, we also suggest some alternatives that might interest you. Enjoy reading.

It’s only right that we start with a compendium from the original graffiti scene: the New York old school. There are lots of books about the beginnings and evolution of graffiti during its nascent decades, from volumes such as “From The Platform”, or “Graffiti Kings” to more narrative references like “Getting-Up” or the alternative perspective of “Vandal Squad”. But if we have to name one book that best covers this historical period of graffiti, it has to be “Subway Art” by Henry Chalfant and Martha Cooper, considered as the Bible of the movement. Featuring some of the artists who also appeared in “Style Wars”, the book includes legendary pieces that have marked the stylistic trends of graffiti to this day. Several editions of this book have been produced, in a larger format to allow for even greater enjoyment of photographs that made history. 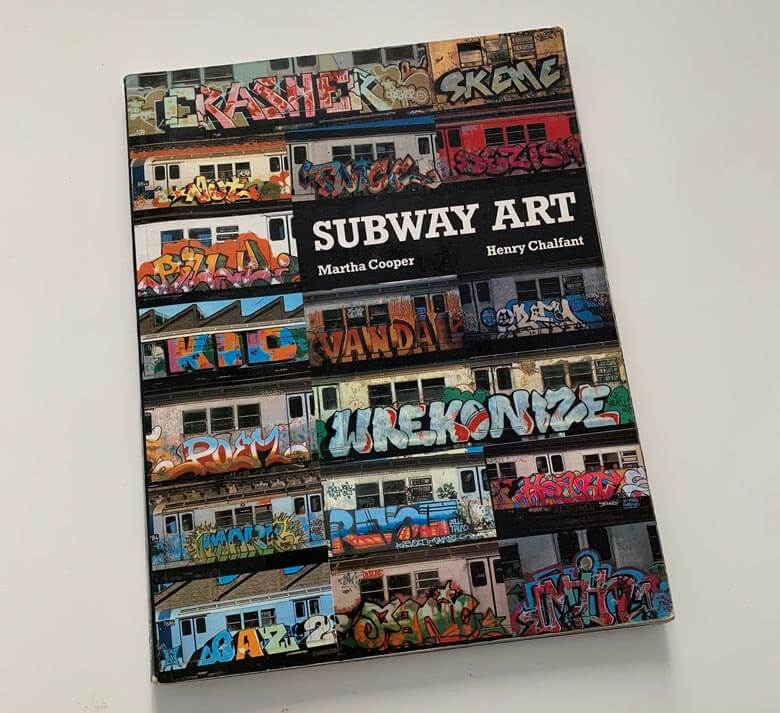 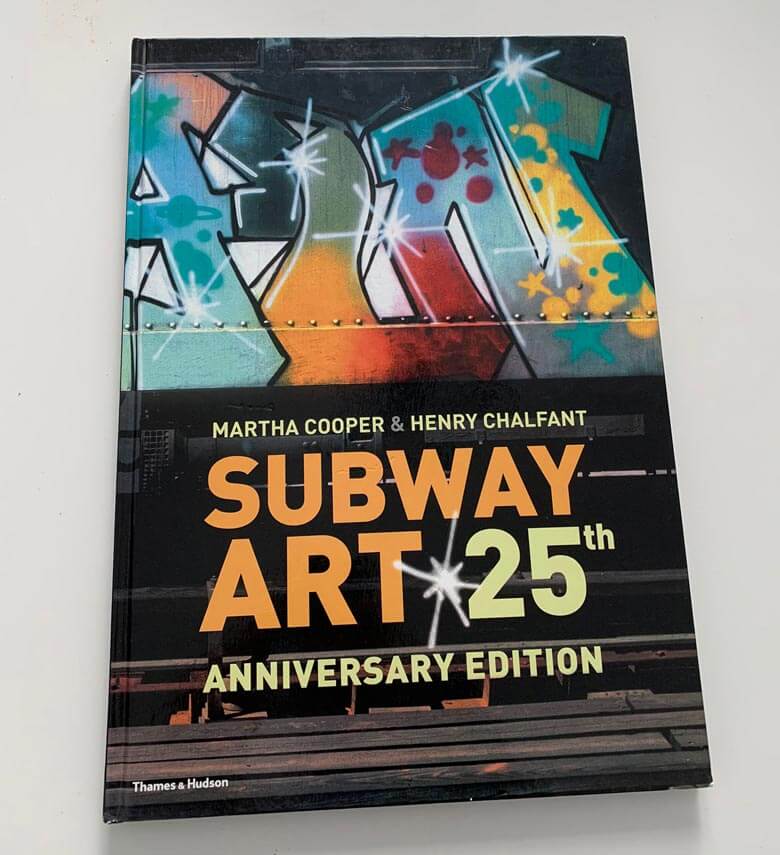 In a similar vein, it seems fair to mention some of the books that focus on a single writer. We could easily have chosen “Blade, The King of Graffiti”, or “They Call Me The Godfather of Graffiti” by Seen, but in the end we’ve gone for the book starring the late Donald White, aka Dondi, in part because of its posthumous value. Thanks to this book we can attest to the important role that this writer has played in the development of wildstyle that continues to evolve to this day. 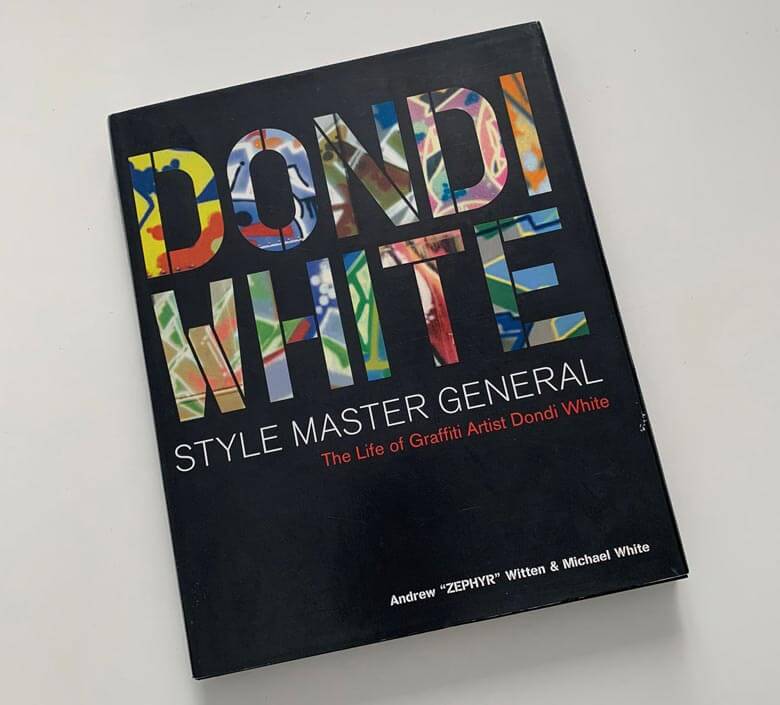 This work is particularly charming because it focuses on an interesting aspect of early graffiti: the characters painted next to the pieces on the New York subway. Produced by none other than Todd James aka Reas, it is a great selection of characters that can entertain and inspire both writers and the general public of all ages. 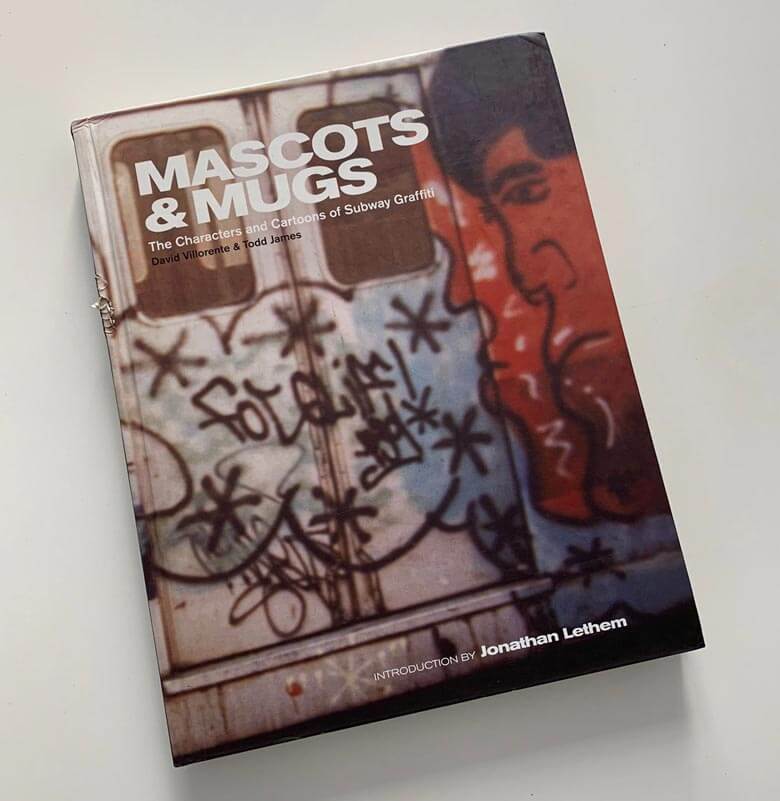 More than one hundred writers and a thousand photographs are included in this book dedicated exclusively to graffiti on North American freight trains. A fascinating visual journey that captures the landscapes of this very specific type of graffiti, including stories, ideas and thoughts as well as photographs. A book that has decisively influenced the contemporary worldwide freight scene. 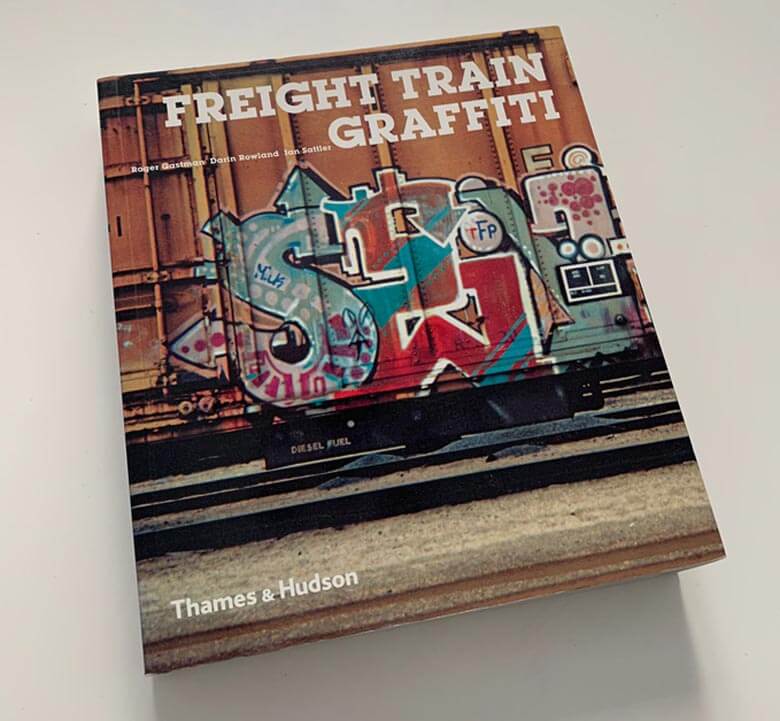 The work of the publishing house Dokument Press has been fundamental for inspiring European graffiti books since the turn of the millennium. The three installments of “Overground” are essential reading for different reasons. The well-curated contents, both visual and written, the impeccable layout and design stand out, as well as the publisher’s role in promoting the cult of Nordic graffiti. But if we had to mention a single book by Dokument Press, we would point to “Writers United, The Story About a Swedish Graffiti Crew”, a landmark document of Swedish graffiti on trains that immortalizes the work of the group Writers United Football Club with sensational images, stories and brilliant pieces in an inimitable style. 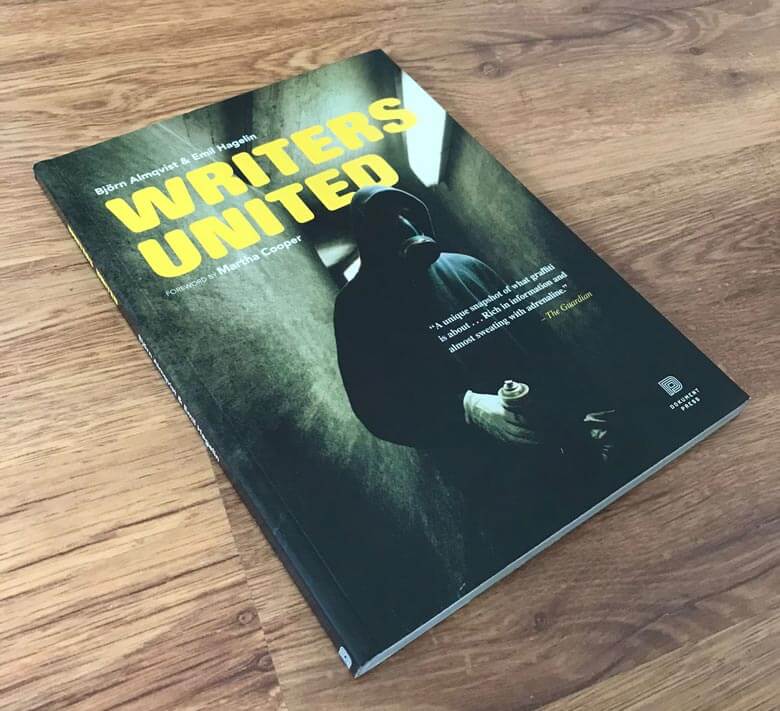 MOAS 20 Years of Havoc (On The Run Books)

It goes without saying that the editorial project of the On The Run marker brand was a sensational idea. A series of small format, affordable books aimed at a young graffiti audience that was not used to investing their money in anything other than paint or drugs. In this series of compact books dedicated to specific artists, there are true gems such as “Sento, The Fantastic Partner,” “Part One, The Death Squad” and “Smash137, Smash Proof.” Even the one starring German writer Jepsy currently sells for $961 on Amazon.
We’re going to single out the richest of all the books in terms of pages, information and photos: the one dedicated to the international collective of Danish origin, MOAS. A retrospective on the true meaning of those four letters with powerful statements and stories from Mins and Les, founders of the Monsters of Art. 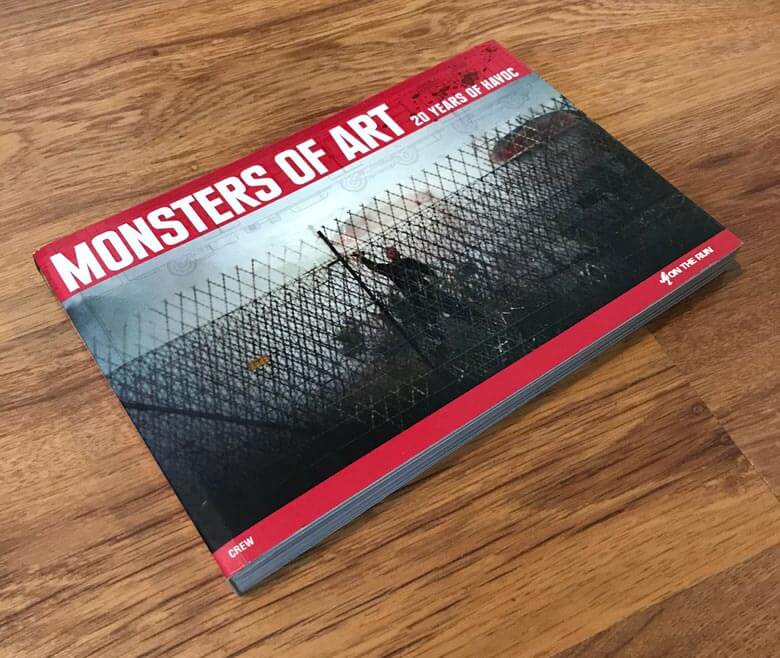 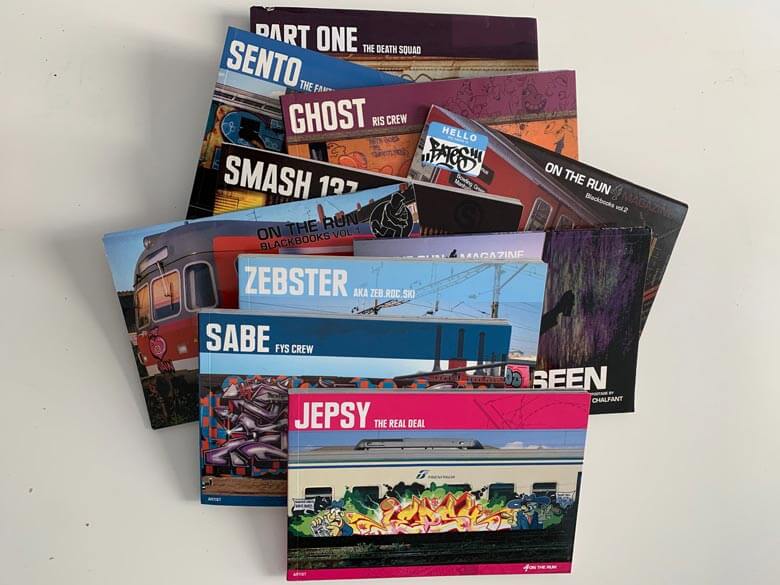 Everything Taps & Moses touches turns to gold. Their latest book, Graffiti Avantgarde, is a veritable encyclopaedia of their illegal artistic creations, also demonstrating their original conceptual graffiti interventions. Although “Art Inconsequence, Advanced Vandalism” precedes it, the first book by Taps & Moses “International Topsprayer” confirmed their status as some of the world’s top writers and, most of all, a part of the vanguard who produce so-called metagraffiti on trains: pieces that interact intellectually with the viewer carried out with new techniques, aesthetics and meanings. 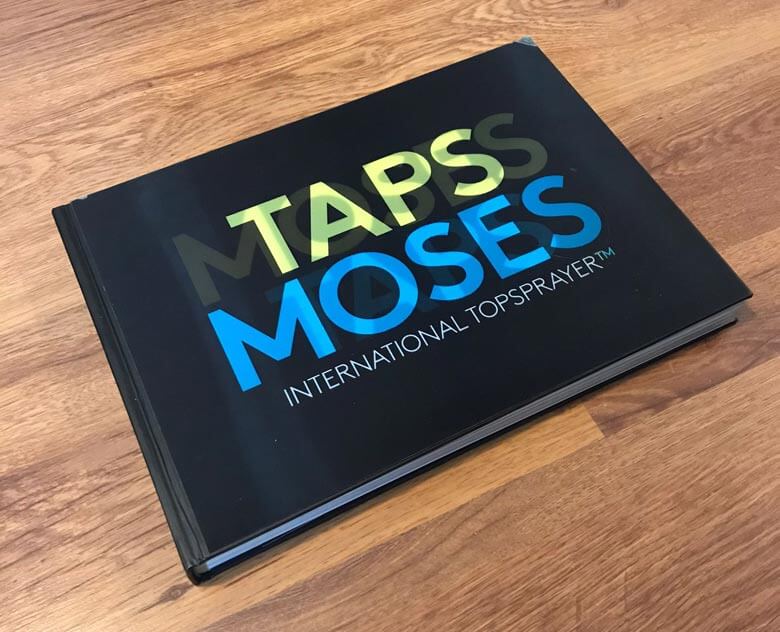 Four lush editions have been released of this book dedicated to the Danish legend. Presented in exquisite packaging and released as a limited edition; however, some don’t include text, others questionable quality in many of their photographs. But they got the formula right for the latest edition – the purple one – which is the best of all. We are talking about one of the most prolific, original and complete writers in the world and that is why each photo of his pieces is worth its weight in gold. 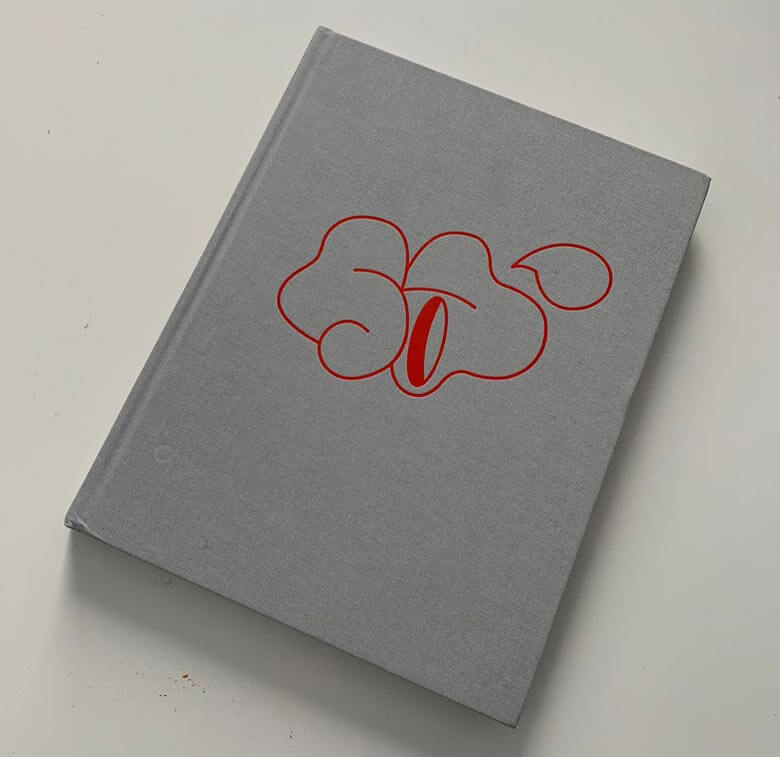 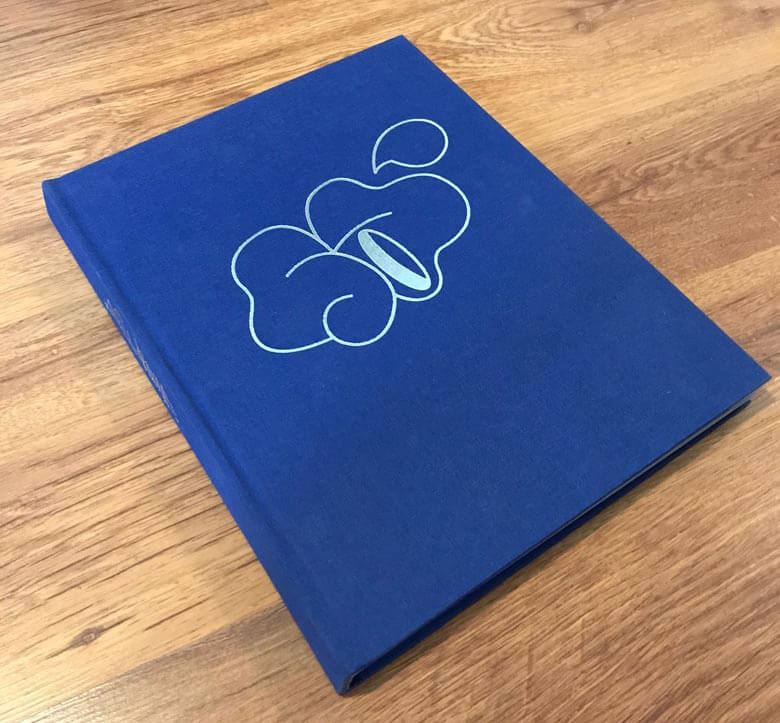 The history of Parisian graffiti from the underground. An in depth compilation of archives from 1984 to 2011 that results in 400 pages of dialogue between the author and many of the writers who made their name in the suburban graffiti scene of Paris. With more than 1,200 photographs, documents, press articles and testimonies – including RATP workers – this is an underrated dossier on subway graffiti in one of the world capitals of metro train writing. 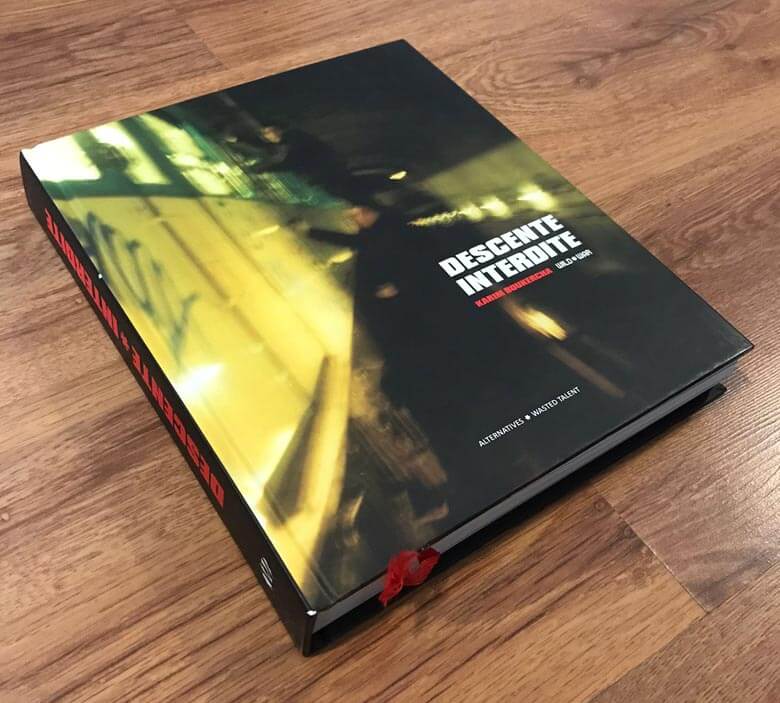 Still available in graffitistores, we are sure that time will make Patiperro a landmark of contemporary graffiti. No book has managed to include so many emotions as disparate as this one. The story of a writer who emigrates to Europe becomes dozens of stories that speak of graffiti, adventures, victories, defeats, emotions and above all, people. A true work of art that manages to explain, from many perspectives, the true meaning of graffiti. 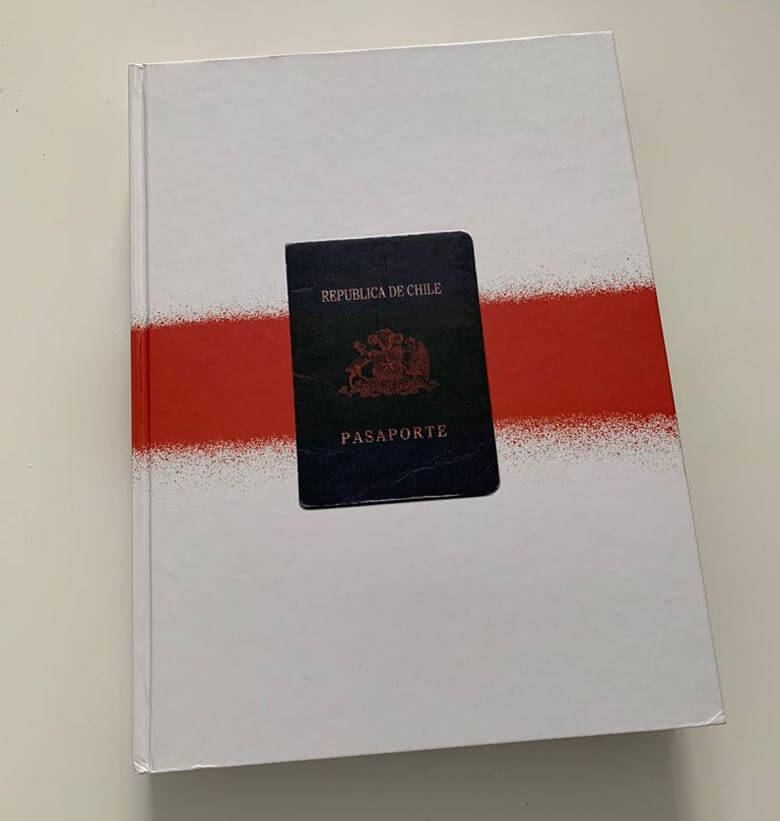 This attractive French book, released in paperback and translated into English by Wholetrain Press, is divided into 12 chapters that explain 12 true stories related by the writer Taylor. A wonderful book that takes us on a journey on twelve adventures, as strange as they are everyday, that show the most exciting sides of trainwriting. But what really makes this book exceptional is the author’s poetic ability to narrate both the most ignominious mishaps to the most momentous reflections about the simple act of painting. 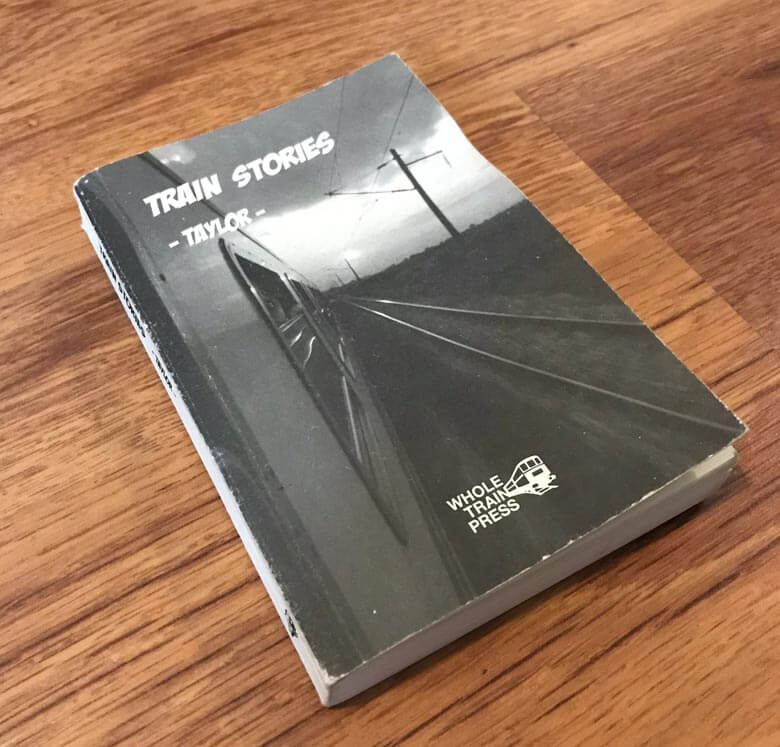