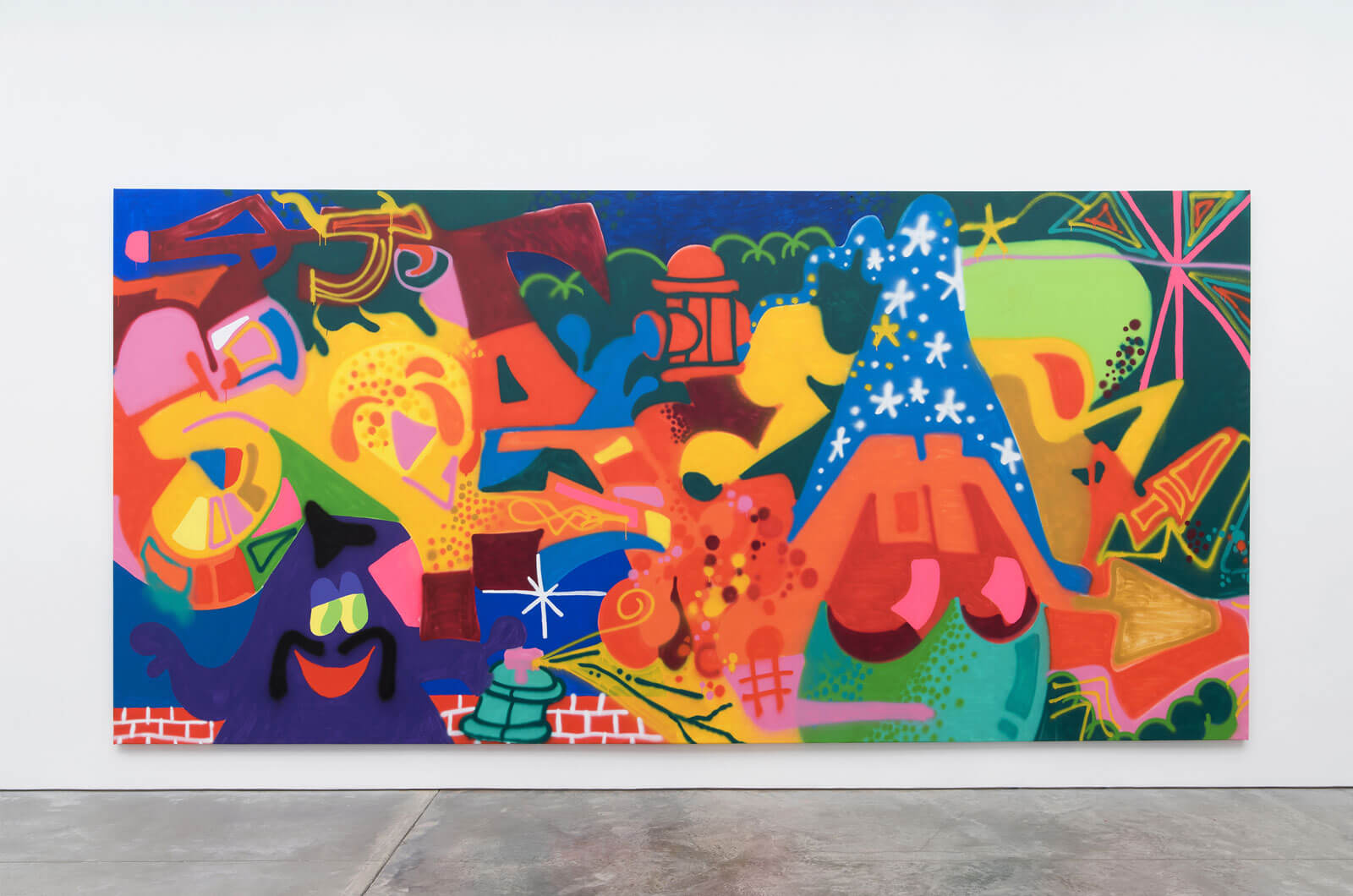 Todd James aka Reas AOK RIS is nothing short of a legend in New York graffiti, an artist that pushed a loose, funky and even comical approach to style writing as far back as the mid-eighties – decades before retro graffiti caught on in other parts of the world. He has since become known as a painter, designer and illustrator, working with everyone from The Beastie Boys to Comedy Central.
His latest exhibition, called “Garden of Eden” at the RossKramer Gallery in New York City is a celebration of his roots in bright, bold and expressive graffiti, whilst continuing to feature the motifs of war and sexualized figures that he has shown in the past couple of decades.
In a month where we celebrate the humor behind graffiti and art, it seemed like a perfect time to talk to the man himself.

The exhibition is a return to the spray can, large format works and style writing. Is this more of a Reas show than a Todd James one? Do you distinguish between the two personas?
It’s definitely a Todd James show, in my opinion its sort a exhibit where things come full circle. The subject matter are mostly themes and subjects that have appeared in my exhibit work for a long time. Returning to an old medium is new. I had been thinking about making a show like this for years but never knew quite when. It was a vague idea in the back of my head but the time seemed right and Todd Kramer from RossKramer Gallery had been talking to me about his excitement for graffiti. This is the result of years painting subways as a kid combined with everything I’ve done in the new millennium. 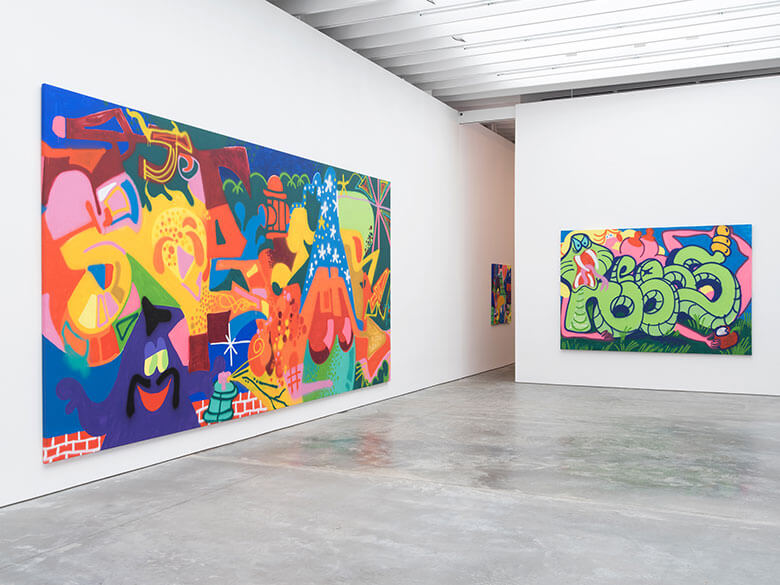 Your graffiti has often used humor as a way to communicate, even when we can detect a cynicism behind your style. Is humor a reaction against a mainstream macho attitude in graffiti? Or a reflection of yourself as a person?
The humor is just me infusing my own point of view. I love traditional train pieces and the culture of it. This is where I come from, I’m part of that, I’m just adding on to it, hopefully. 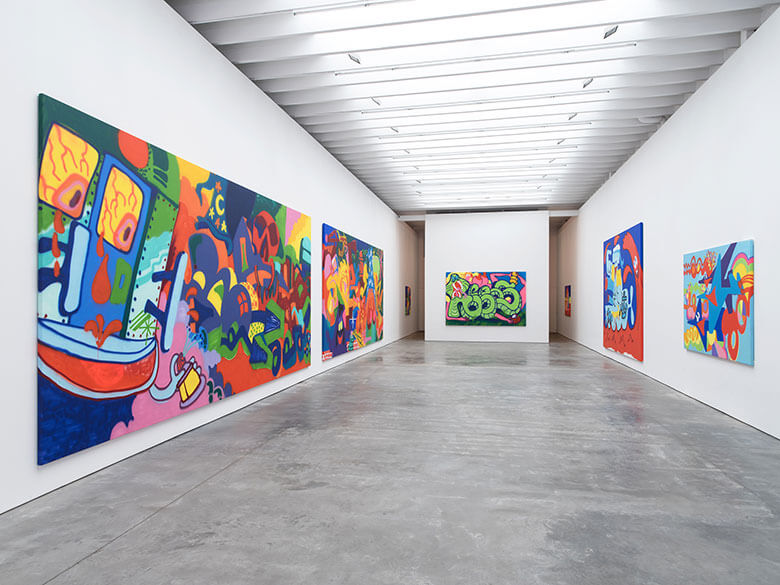 ‘I love traditional train pieces and the culture of it. This is where I come from, I’m part of that, I’m just adding on to it, hopefully.’

Nevertheless, the pieces continue to feature war imagery, like the fighter jets and a naval ship seemingly floating on a sea of blood. To what extent do you think that your art can help to raise awareness of the human costs of overseas conflicts?
The war paintings are part protest and part fascination. 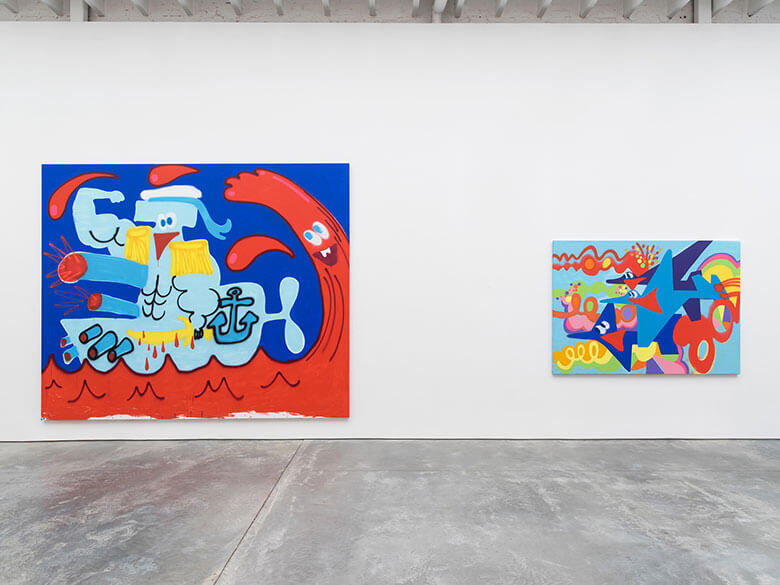 In the early days of your writing, were you conscious that you were producing a post-modern approach to spray can art? Who do you consider the pioneers of this loose and funky style?
I didn’t start making the more non traditional pieces until the end in 1988. The early days where me doing very traditional pieces from 82-86. I don’t know if I would call it postmodern but I understand what you mean. I would say I was interested in doing something bugged out and just coming up with ideas based in fun. I think Sane 182/Sane Smith was one of the first guys in the mid to late 80s to start adopting old 70s styles when they were completely abandoned. Ghost, Sento, Relm KSN, myself and some others I’m sure but those come to mind. My apologies to anyone I forgot. 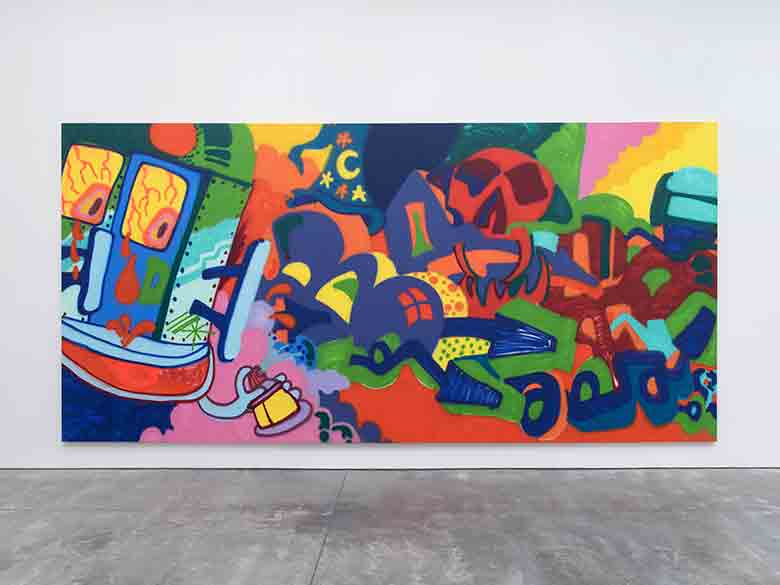 You’ve mentioned the appeal of the mistakes in the pieces. Is it harder to achieve such effects with the contemporary array of quality spray paints and caps? Do you search out non-graffiti paints that spit, drip and don’t cover as well?
The key I think for me was to have fun making them and not worrying to much about technical aspects. There’s spray paint and acrylic and I just used either where ever I felt it worked. 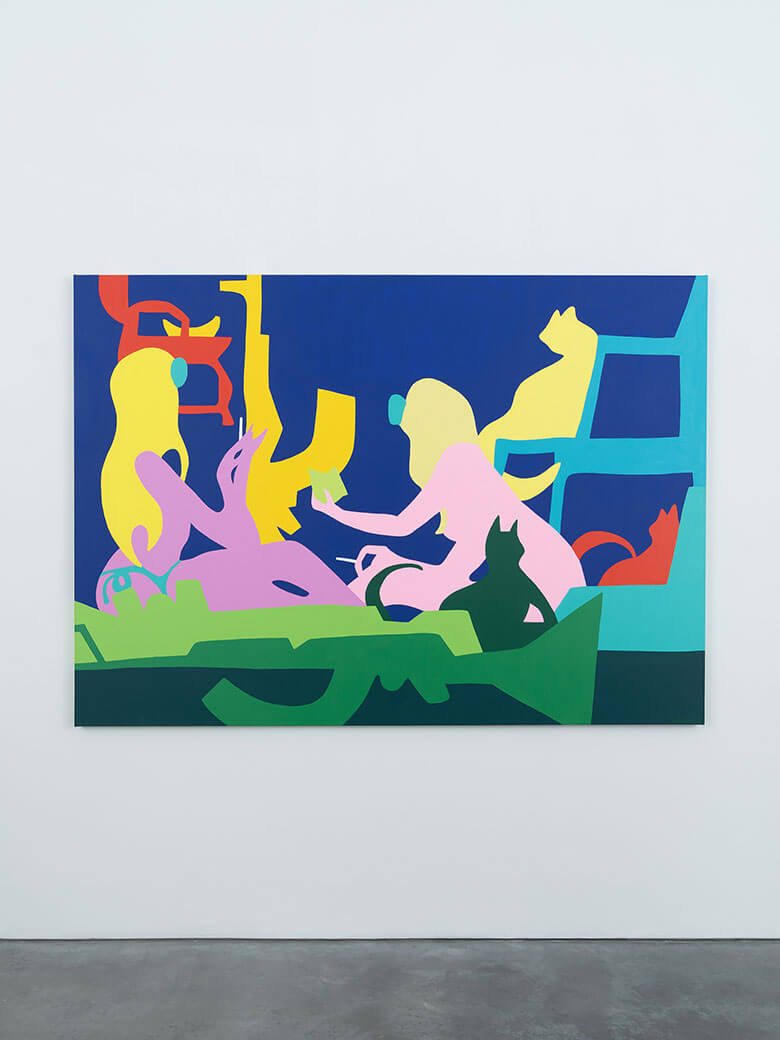 What was the last piece of graffiti/art that made you laugh out loud?
I don’t know, but I have seen some cool stuff on Antistylers Instagram. And Os Gemeos make a lot of pieces that make me smile.

Check the Garden of Eden exhibition at the RossKramer Gallery from April 29 – May 31, 2021. 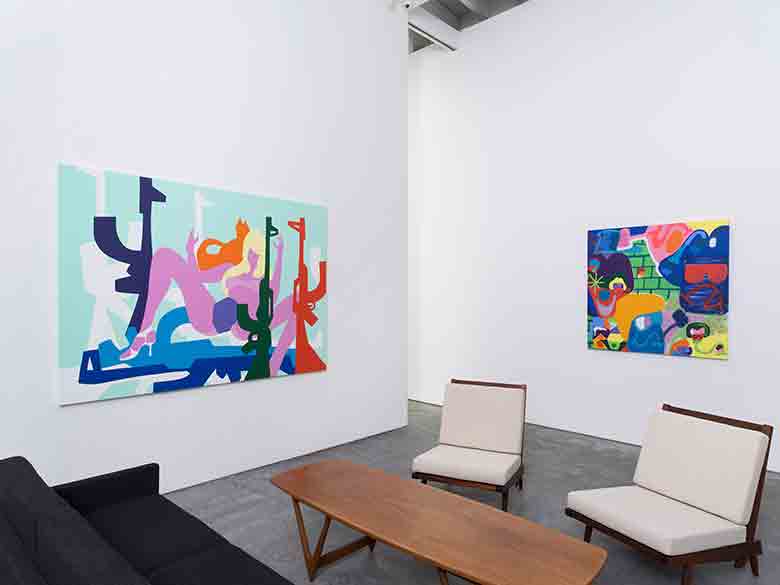 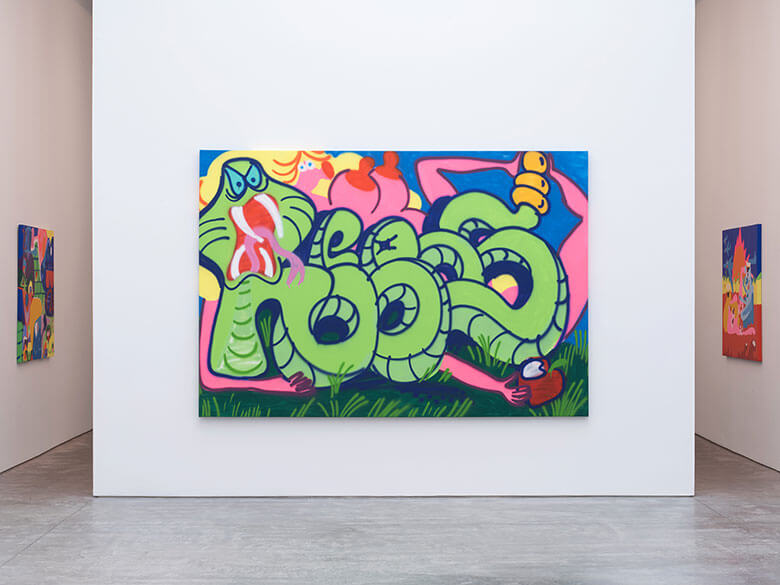