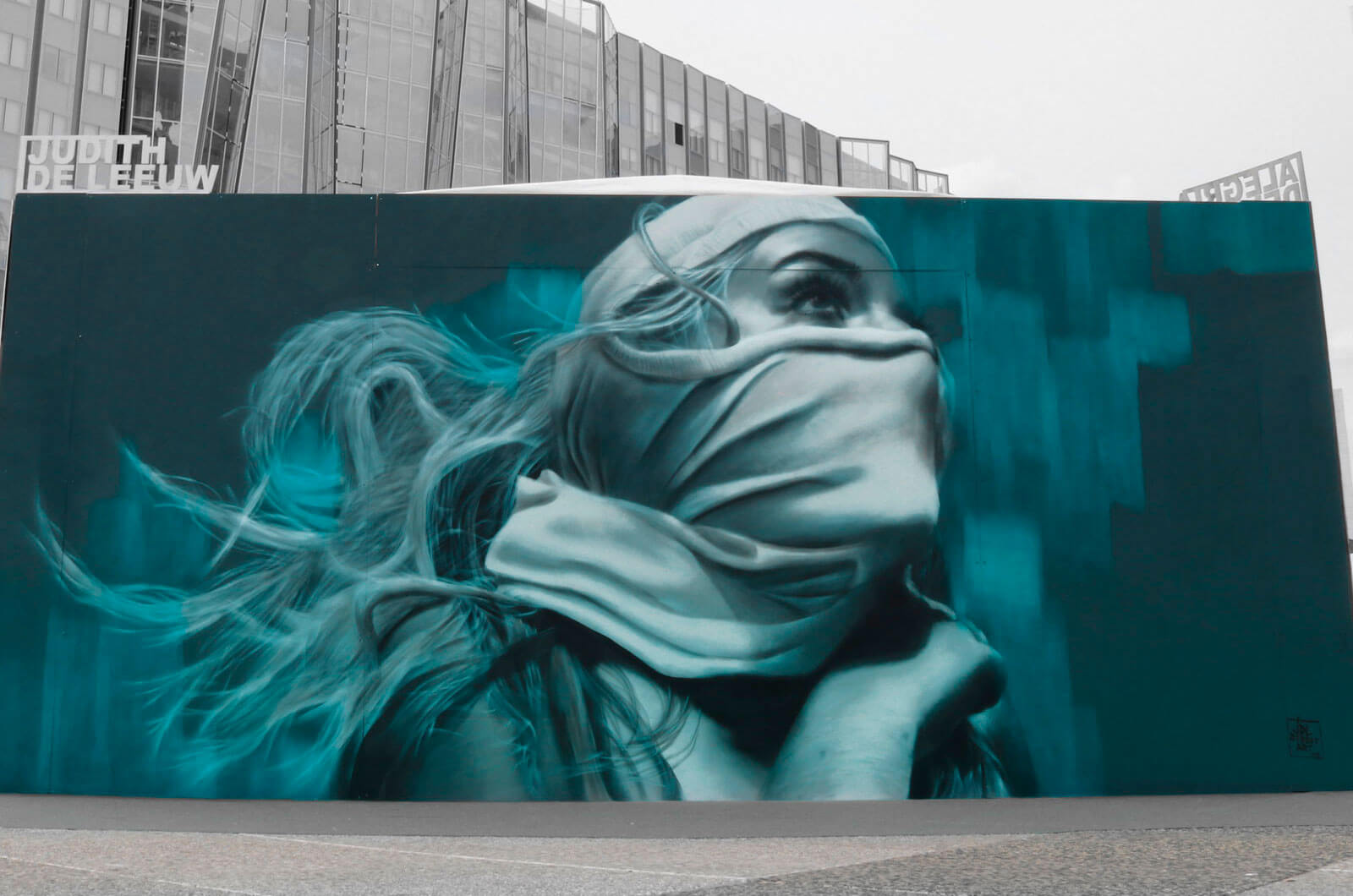 To kick off #mtnwokemonth, MTN World talks to JDL: a new muralist from the Netherlands whose elegant work is invariably infused with a social message.

The Dutch artist JDL is the pseudonym of Judith De Leeuw. Her early work that she shared on Instagram shows her skills with a spray can to produce photorealistic portraits of famous figures, but with time she has adapted her abilities to huge format walls in several cities around the world. Often based around socio-political causes, each intervention she takes on contains layers of meaning worthy of analysis, disguised within the limited palette she uses. 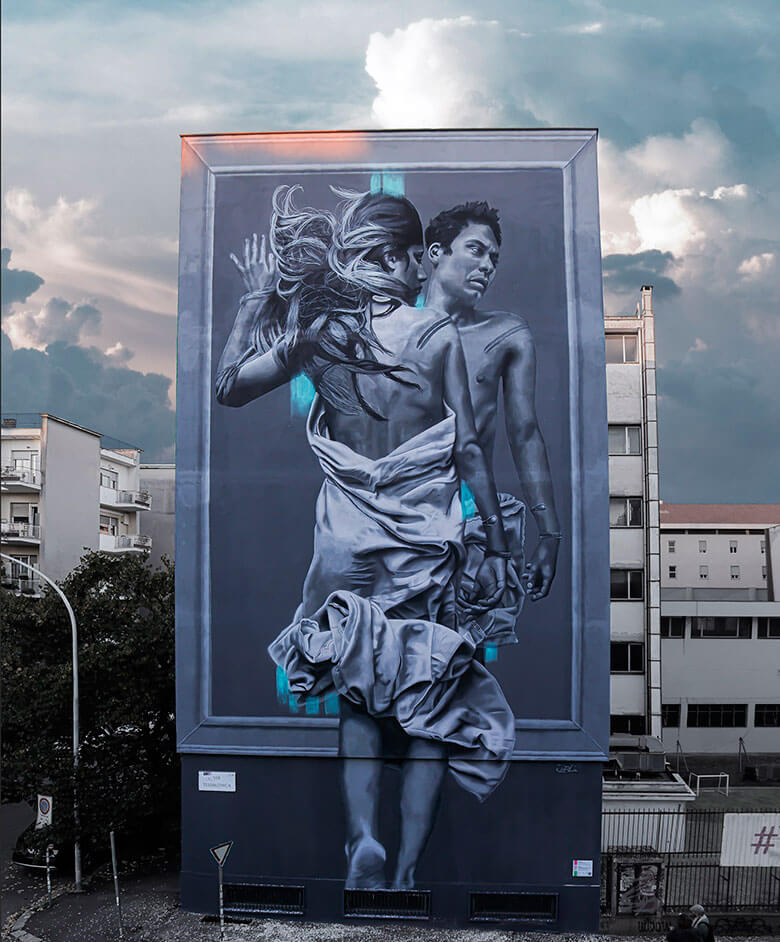 In an interview recorded for the Real Talk Podcast series, JDL describes the peak of her activism though art. In 2020, she travelled to Rome where she was invited to paint a mural in collaboration with the Yourban2030 organization. The huge piece “depicts a woman looking into a frame, as a mirror, seeing her reflection as a man. It is designed to create emotional understanding in the process of acceptance in the LGBTQ + movement.” It was a mural that paid tribute to the 50-year history of the LGBTQ + movement and the struggle for their attainment of civil rights. What’s more, the piece was finished with Airlite paint, which is said to reduce pollutants in the air. 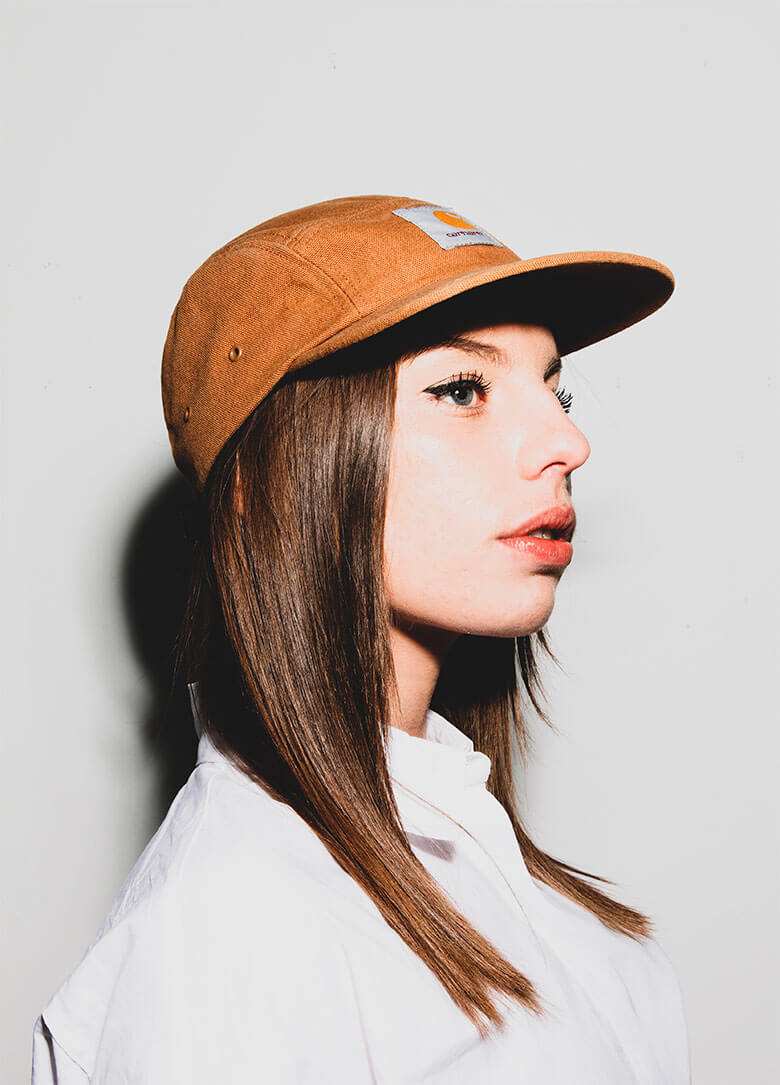 JDL describes her personal transition from graffiti style writing into new muralism. “I started with a group of friends who were very active graffiti writers…I was doing characters but I was also doing letters.” At art school, her eyes were opened to the possibility of murals. “In 2014 I saw my first high-end street art, a really big mural, and I thought: ‘This is something that I should do.’”
She considered painting murals a bigger challenge, but also started to experience friction in her graffiti crew, due to some of their criminal activities. So she left the crew. “I locked myself up in a room and just started practicing… I wanted my life to get better.” Her path diverged from her old friends, but she got back in touch with them recently, and was surprised at their reaction: “They were so proud of me.” She stresses that she doesn’t associate all graffiti with criminality, but in her case, she was glad to leave it behind. 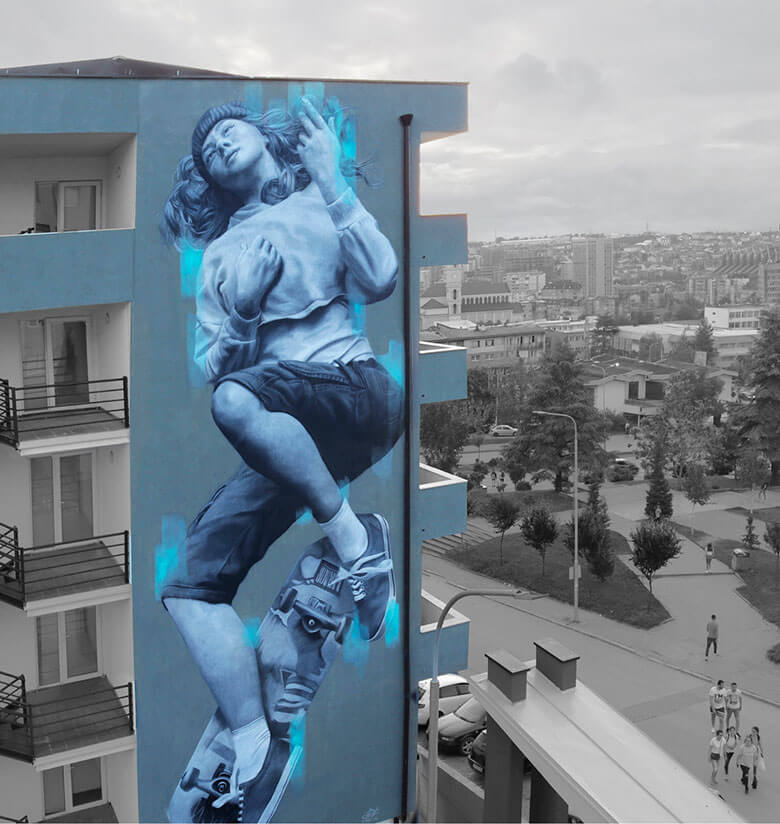 The technical aspects that JDL describes makes for essential listening for artists getting started in the large-format mural scene: “When I was 18, I thought that when you painted realistically, you had to do it from the top of your mind. You couldn’t have any reference whatsoever. And then when I was 19 I saw a person paint with a picture, with a reference, for the first time.”
Travelling forms a massive part of muralists on the circuit, and JDL has visited such famous spots as the Wynwood Walls in Miami and Roskilde Festival in Denmark, but these trips weren’t the most memorable: “The most interesting places I’ve been to were actually the poorest. In Kosovo, that actually built benches from bricks, because there was no money to make public benches. I saw people taking bricks and making benches to hang out on.” 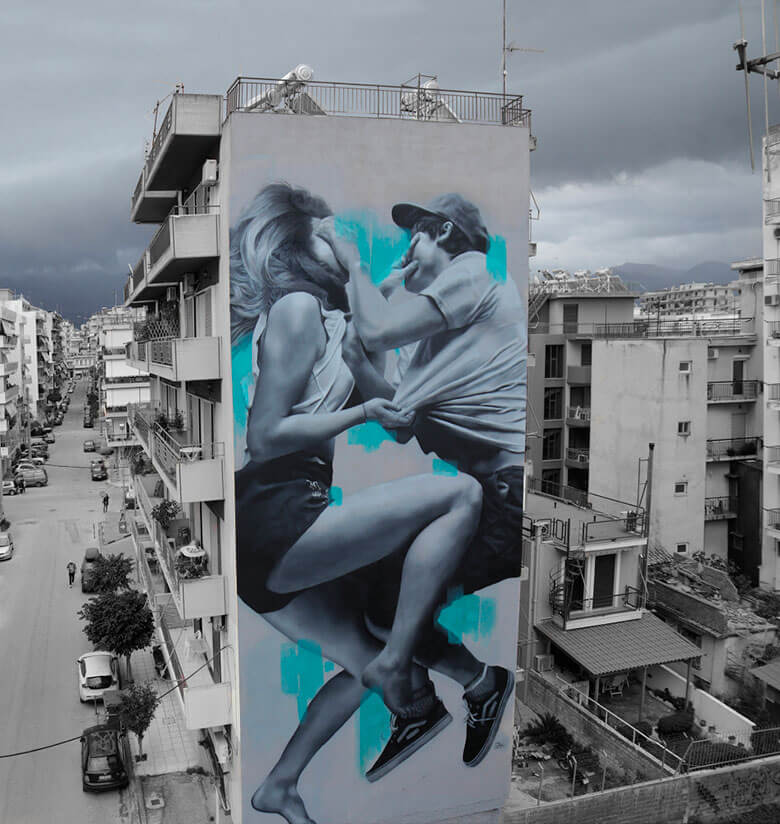 By making social statements, artists like JDL leave themselves open to personal criticism, but are also the only voices in graffiti art and new muralism who can affect social change, or reflect popular or progressive opinion in the public sphere on a significant scale.
You can check the whole interview next week as part of our Real Talk Podcast series, on Apple, Spotify and Ivoox. 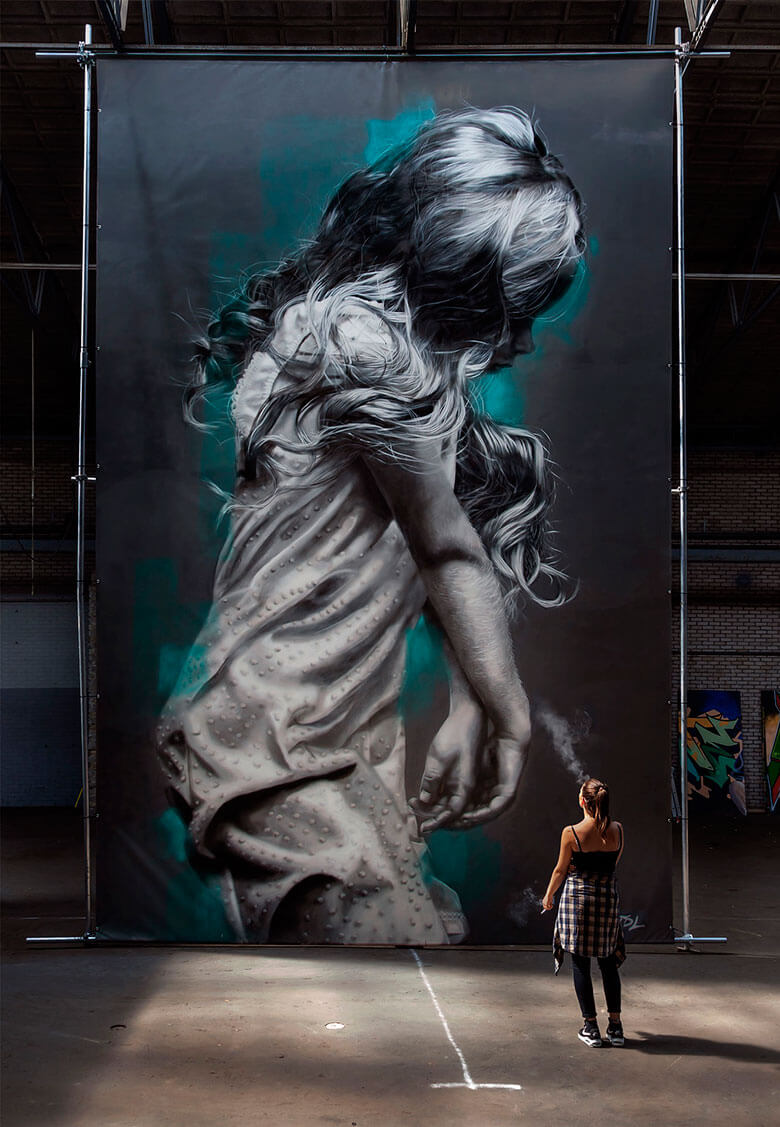