JABA OPENS THE FIRST HALL OF FAME IN SINGAPORE 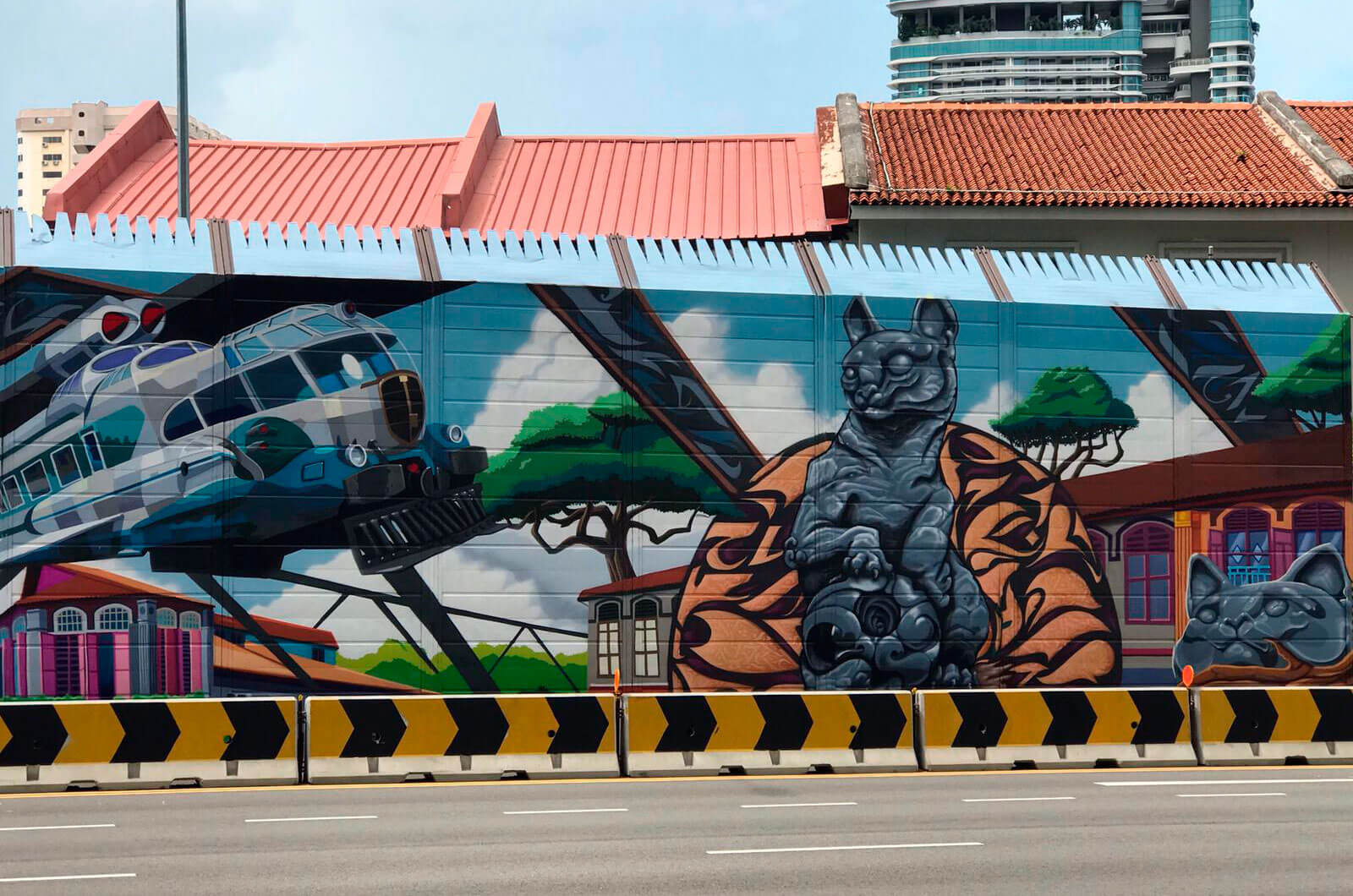 Jaba is an authentic globetrotter, the Colombian making a big impact on the scenes in Belgium and Spain before packing his paint and heading to Singapore nearly a decade ago. After photos of his latest production filtered through to MTN World HQ, we wanted to get in touch with the veteran artist to get his perspective on the young but thriving scene on the Southeast Asian island.
MTN social media editor Diagonal Mark had the pleasure of hooking up with Jaba via video call and you can find out what he found out right here.

Can you tell us a little about this new project?
The production is in Singapore, in the center of Singapore, in a neighborhood called Bugis. More precisely in Kampong Glam, a small neighborhood within Bugis, which is a like a Muslim neighborhood. It’s the most modern, multicultural neighborhood. There are many murals around there and they are digging a tunnel that goes under a main avenue from here. There’s some building panels to block out the noise and we’re painting them. They are five meters high and the total project is almost 200 meters long, counting the work of everyone who has painted. 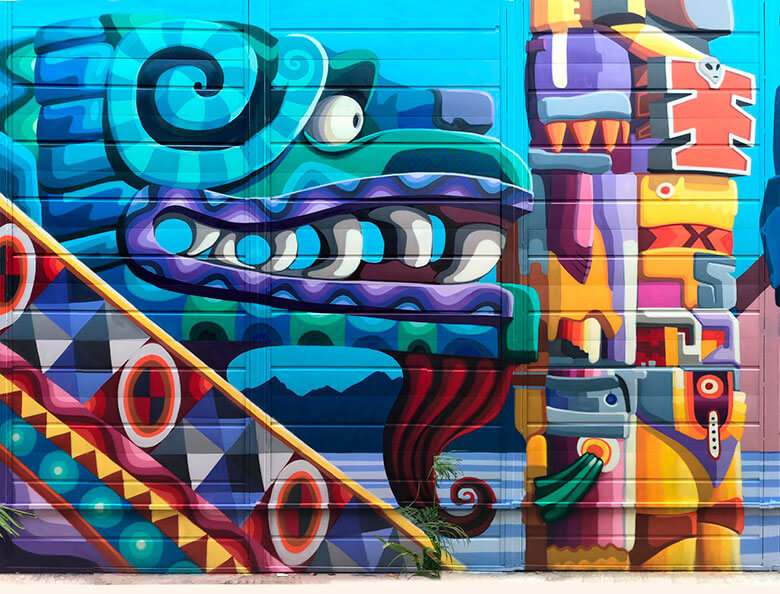 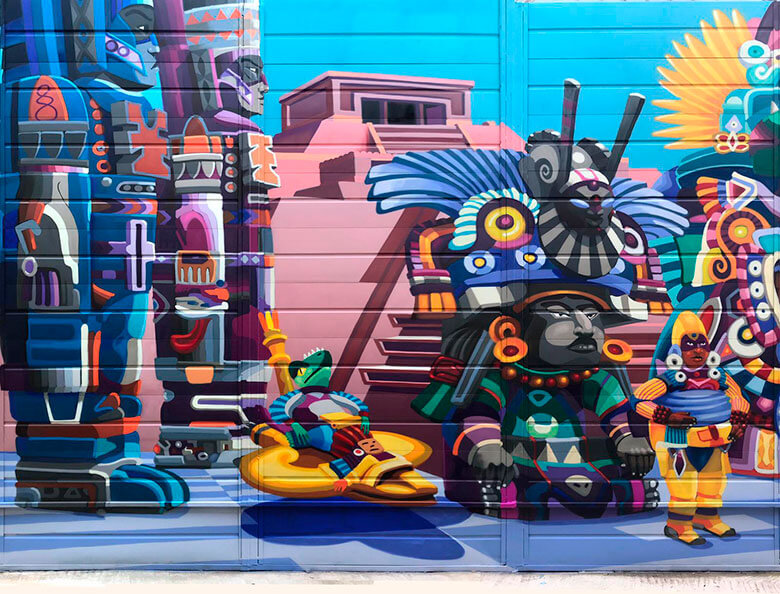 ‘Sometimes I do things with a message, but rather in paintings, or more personal things, but when it’s something like that on the street, I don’t like to impose a point of view. It doesn’t seem fair to me.’

Who was involved in the production?
The piece with a Mexican theme, which is super detailed, I painted it alone. I also did some letters that are right next to it, in blue and purple tones that I also painted alone. Behind it is a piece with cats and with a flying train, I painted that one with 2 local artists: ANTZ and Hegira.

Was it a commission from the city council?
No, I had the idea with the owner of a bar right next to it called Blu Jaz. Thanks to that lady, I’ve been able to paint the most here in Singapore, because she has several restaurants, bars, and there are many walls that I painted in that neighborhood. So the idea of ​​creating a hall of fame was ours, as there are none in Singapore. There are several places where you can paint, but there are no large surfaces, so the idea was to paint something in a big way and have most of the local artists painting. 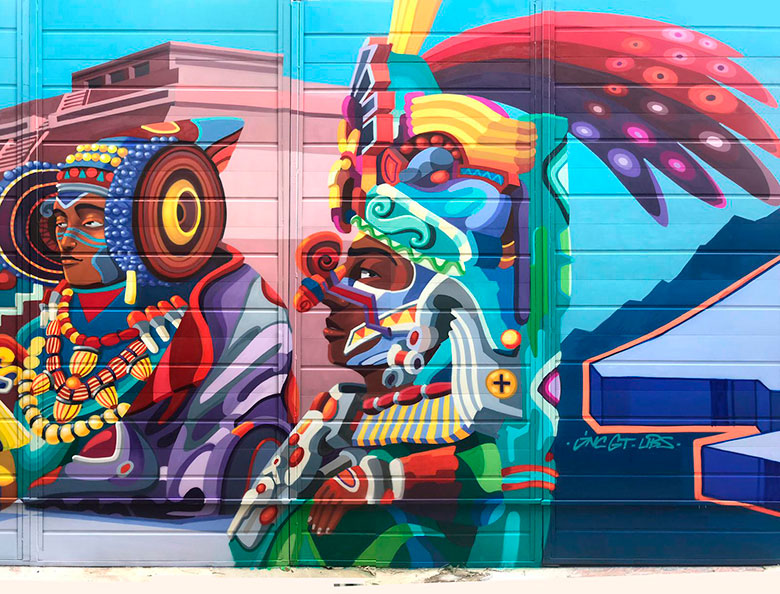 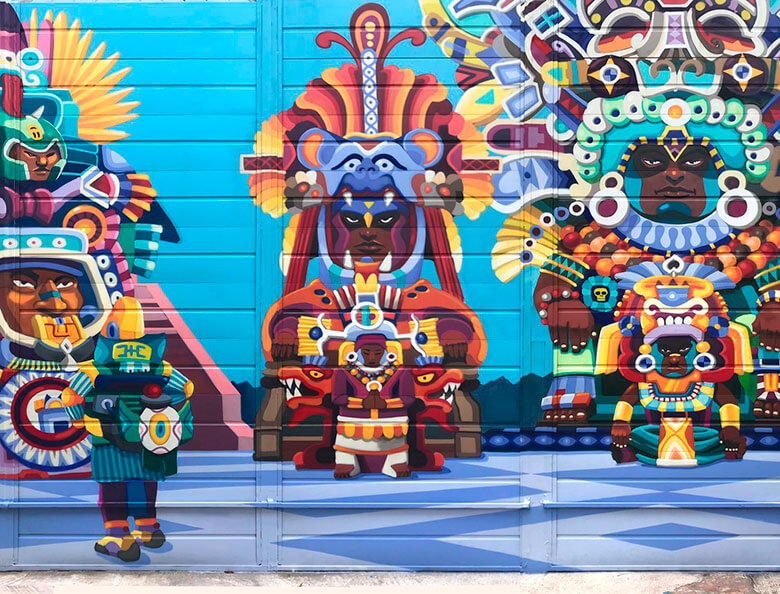 ‘So the idea of ​​creating a hall of fame was ours, as there are none in Singapore. There are several places where you can paint, but there are no large surfaces, so the idea was to paint something in a big way and have most of the local artists painting.’

So does it have a message or is it just an exercise in style?
Mmm no, there is no message. Sometimes I do things with a message, but rather in paintings, or more personal things, but when it’s something like that on the street, I don’t like to impose a point of view. It doesn’t seem fair to me.

What is the attitude towards graffiti like in Singapore?
There’s a boom, it’s going off and there’s a lot of work, a lot of projects. Everyone wants to paint in all the neighborhoods, it’s super good. Especially because of COVID-19, people aren’t traveling, and locals have to stay in Singapore, so the businesses want to attract people, they think that painting walls generates footfall. That neighborhood and the street right behind it on Haji Lane have become one of Singapore’s hotspots. It is in the top three after Marina Bay Sands and the Merlion which are like the icons of Singapore. This is why we have been able to paint. It’s something that didn’t exist in Singapore before. So people see it as fresh, as new. People welcome graffiti very well, actually. 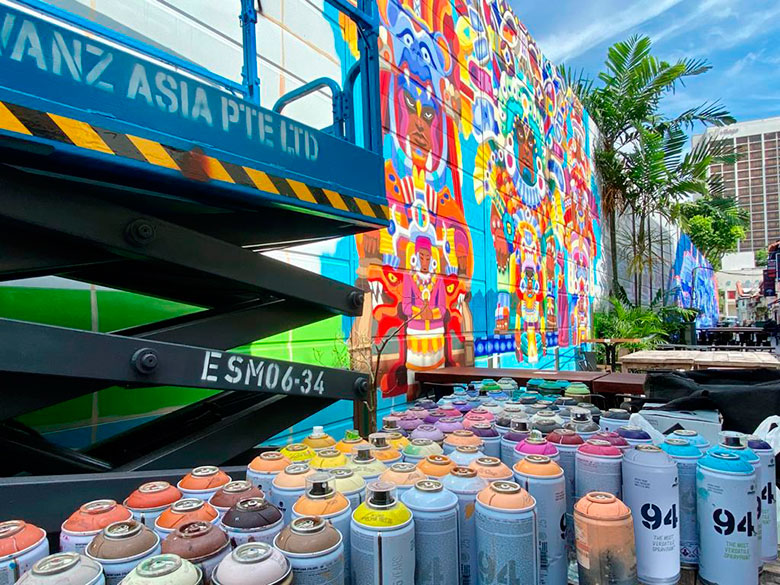 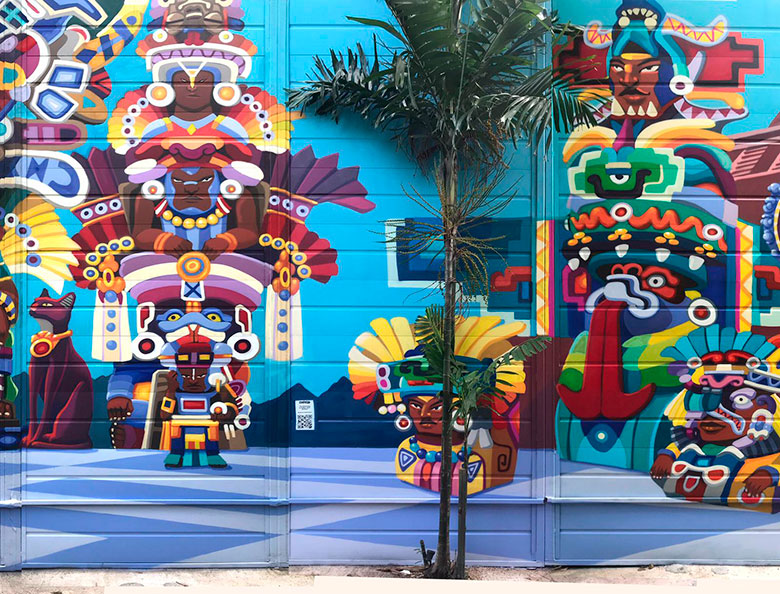 Are there talented local artists?
Yes, of course. There are several that paint really well. There are two couples, one called Ink and Clog 2 who are quite new but they are dope. There’s another crew who are much younger called Moonshine, the Moonshine Collective are very good and super clean. In terms of graffiti, there are three that paint very well at the moment which are Song, Kringe and HasJ. They do like more wild style letters.

How is the style of Singapore different compared to what you have experienced in Europe?
I don’t know, there is obviously a lot of influence from Europe and let’s say someone like Kringe draws influence from Koolfunc from Paris. Song has a more personal style, super psychedelic, it’s very interesting how he chooses colors, things that I wouldn’t dare to do, dope and personal color blends. I really like his style. 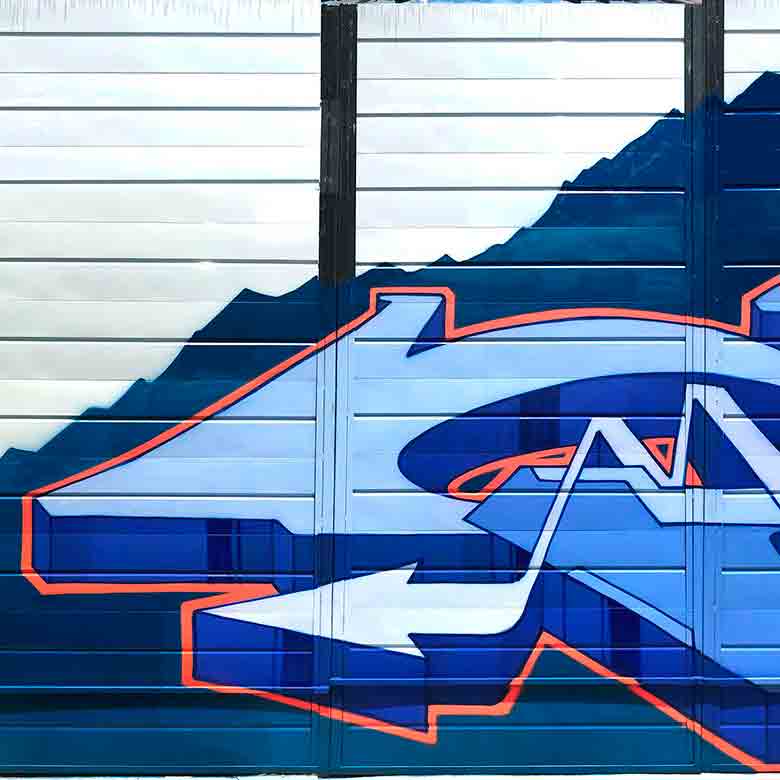 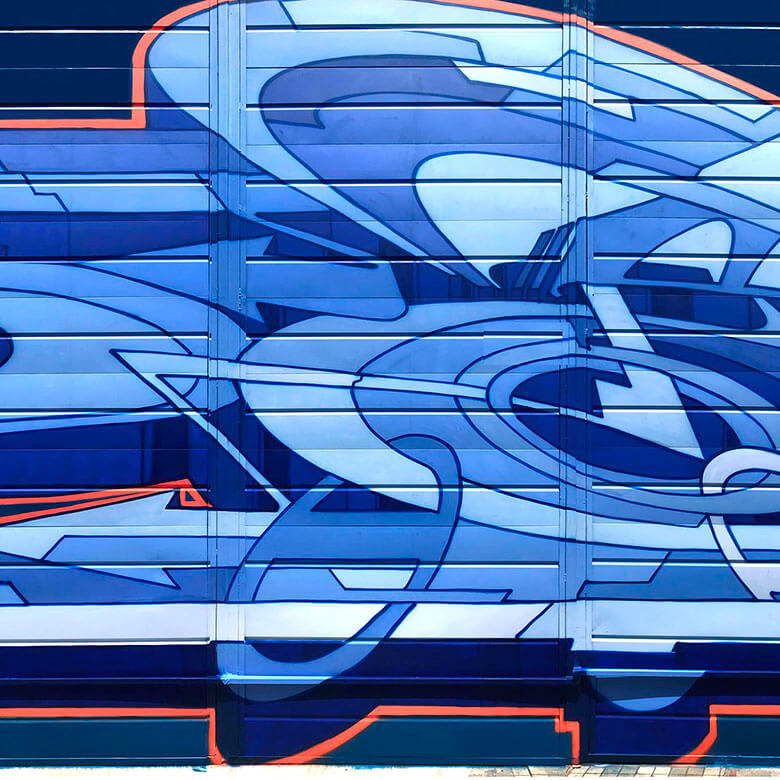 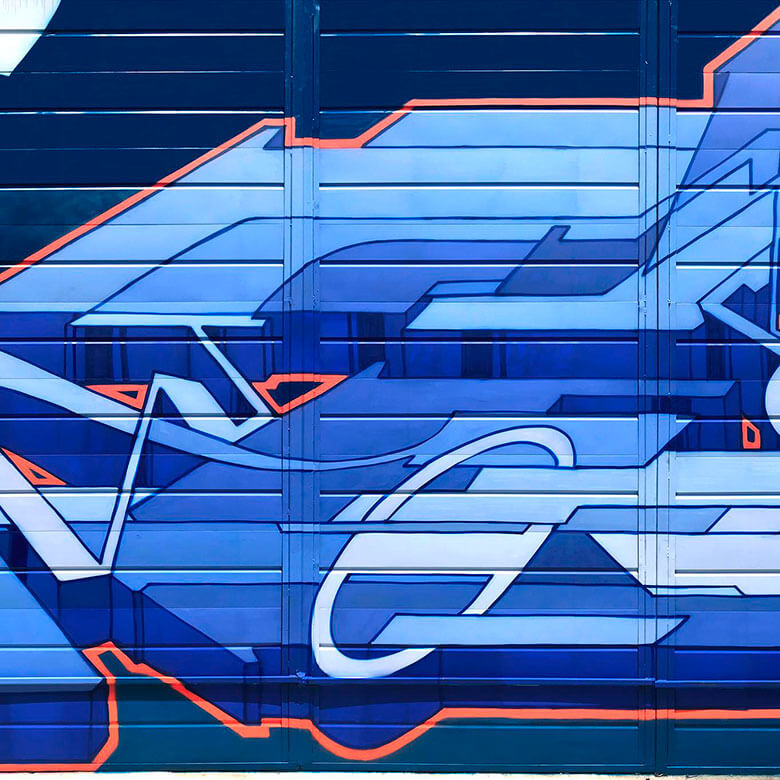 Nice. Last question, do you have any shows on the horizon?
I just finished an exhibition here at the Cuturi Gallery in Singapore with my wife, Delphine Rama. It was called Quantum Supremacy. And now for the moment, I’m preparing murals, quite a few murals here in Singapore.

Living out in Southeast Asia? Montana Colors has you covered. Check this link for your closest MTN Dealer. 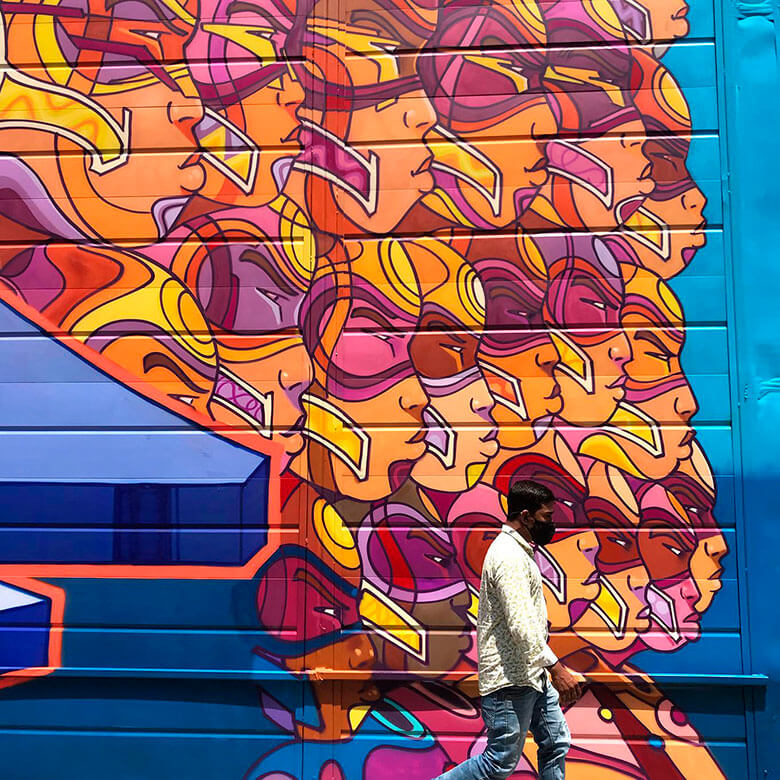 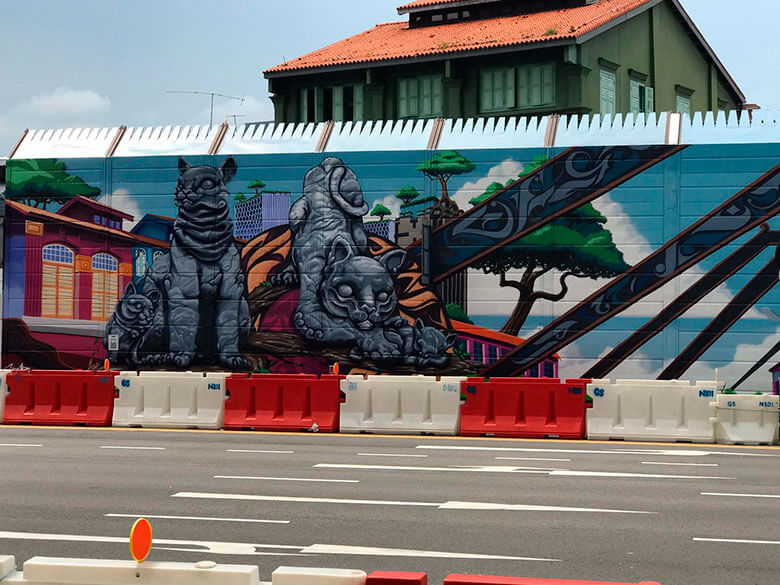 FIRE AT WILL: RETRO