ISHMAEL PAINTS TO HELP YOU ESCAPE THE CAGE 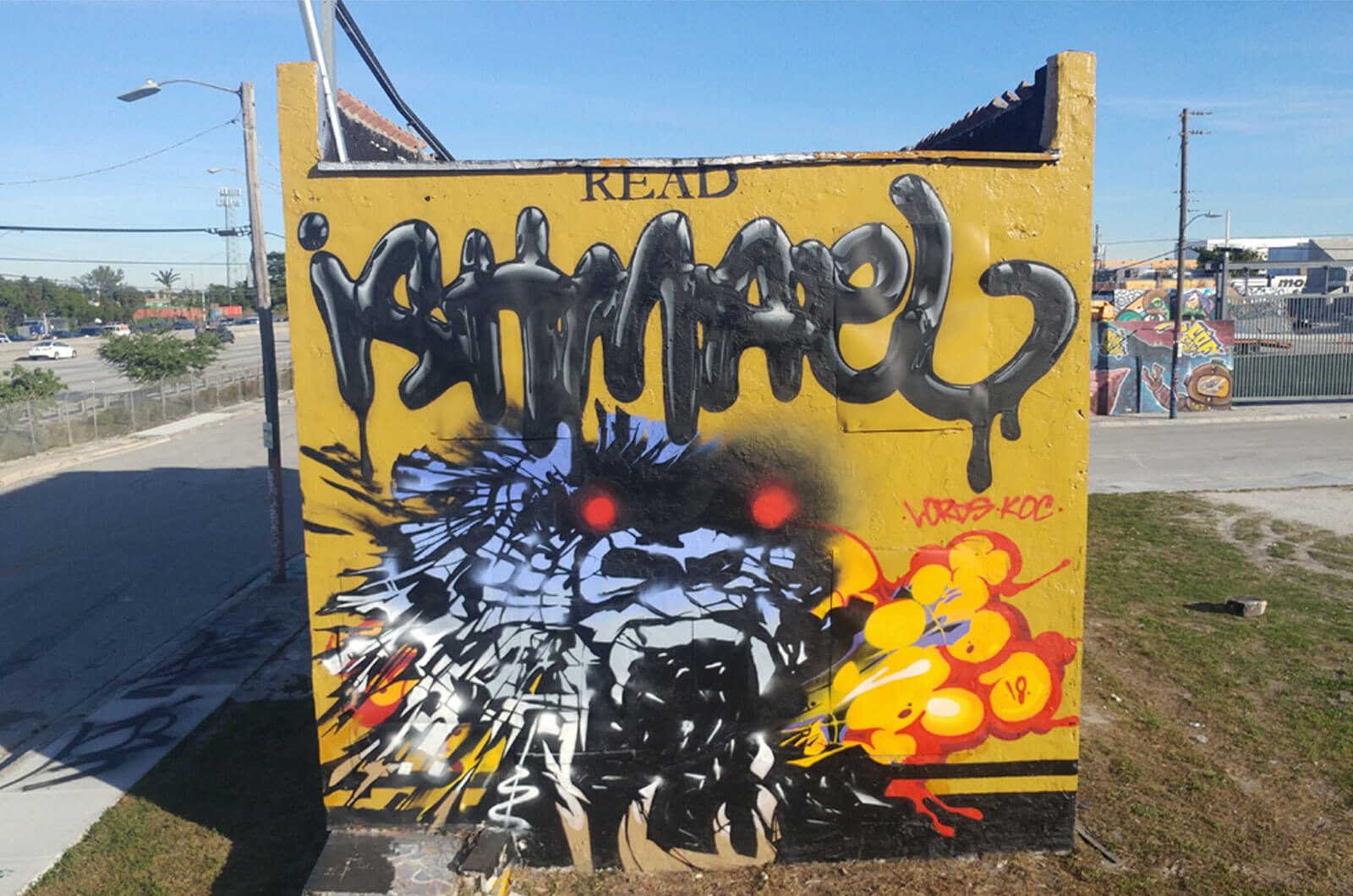 Ishmael is a unique graffiti writer, whose artistic output is informed by a novel of the same name by Daniel Quinn, which outlines way to exist in a society of constant growth, heading for self destruction. This is a deep dive into the work of this fascinating figure.
Social awareness is increasingly finding its way into graffiti, as we showed you during June’s #mtnwokemonth. There are a multitude of examples and causes that artists are getting behind with their work. Ishmael is one of those graffiti writers who combines the tradition of style writing and the dissemination of a philosophical message that concerns humanity.
His name comes from the title of a book by the late writer Daniel Quinn that analyzes the history of humanity from a new perspective and proposes alternatives to save the planet from the destructive actions of man through the dialogue between a teacher and his student.
MTN World got the opportunity to speak with the writer to tell us a little more about what his work is all about.

How and why did you start painting?
I started painting graffiti at 12 in 1985 in Tallahassee, Florida, Mainly outdoor racquetball courts, skate ditches, and a water tower once. The movie Beat Street influenced me. I liked break dancing and hip-hop overall.
Latin kids were very involved in the graffiti and hip-hop culture, and I could identify. My family and I are Cuban and Spanish immigrants to the United States. My mother and sister are both artists, and they drew and painted at home. So family and search for identity started my painting. 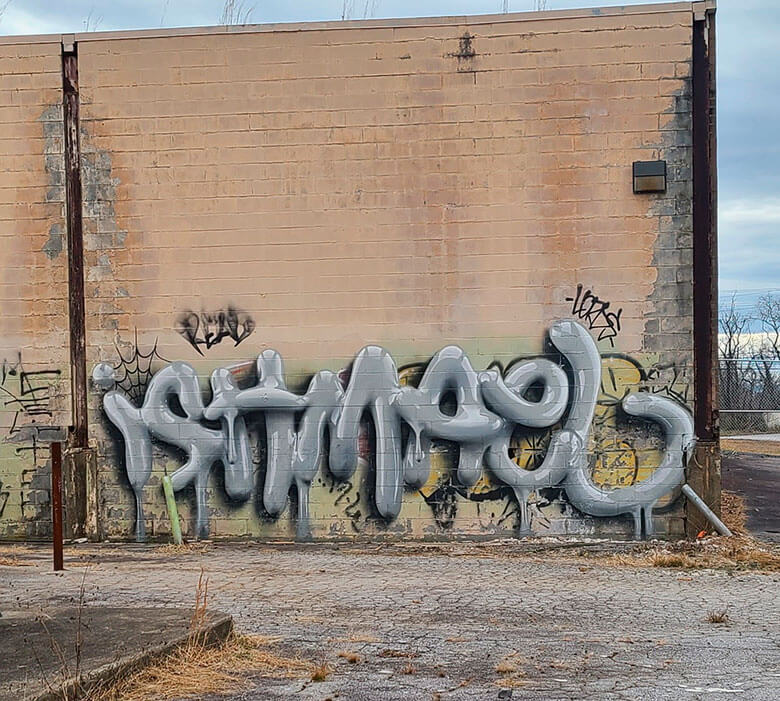 ‘My mother and sister are both artists, and they drew and painted at home. So family and search for identity started my painting.’

How did your story start with Ishmael, and how did it influence your style and life?
In 1998, I read the book Ishmael by Daniel Quinn, and my way of looking at the world changed drastically. I was 25 years old and slowly quitting painting and trying to find a career. I read Ishmael, and it re-awoke my artistic drive.
The book Ishmael left me wanting to do something. Say something. The book hit me hard, so in 1999 I took on the name Ishmael with my art and pursued art as a career. My idea was to make art and paint graffiti to promote this book, Ishmael. The text was full of subject manner and symbolism that I always find a way of incorporating, which influenced my style.
The message the book gave to me was to see the bars of a cage. I saw my captivity. Once you see the bars, you can not unsee them. We are captives of a system that destroys a lot of life on earth for the system to live. Our agri-culture system is this system. 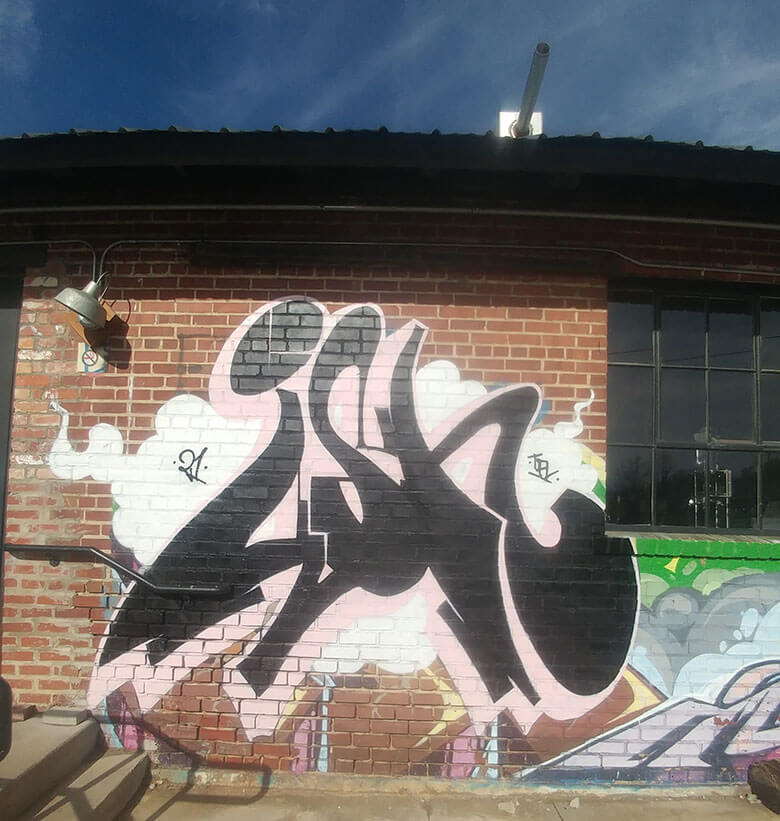 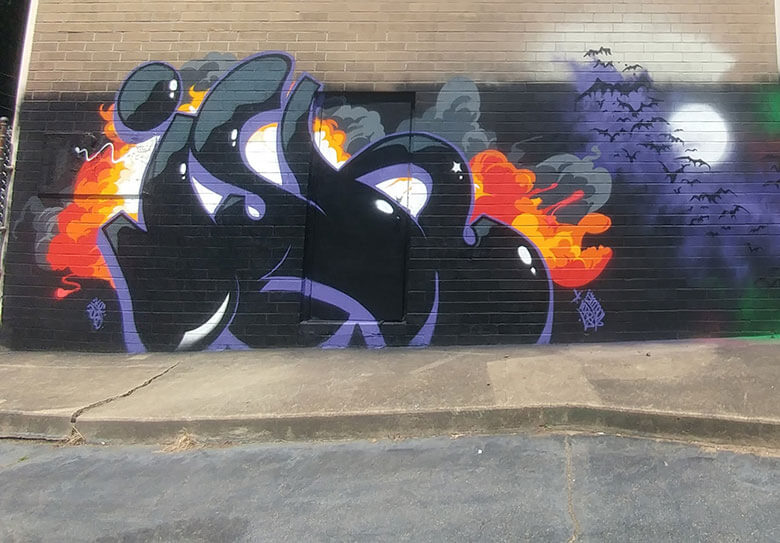 Graffiti has been considered an artistic discipline that many would consider egotistical and contrary to Ishmael’s philosophy. How do you bring these together? How do you bring graffiti and social consciousness together?
I think the main character Ishmael wants to get his message to as many as possible. And I believe graffiti has the same philosophy. I found the two could come together. My tactic has been the tortoise approach to the race with the hare. I do my best to find a balance between having fun and delivering a message with my art.
Sometimes my paintings are about style and being groovy. Sometimes my art is about a book. There is a balance there that I am conscious about—I’ve been careful in not becoming militant propaganda.  If anyone were interested, the graffiti and murals would lead to a book. In the last ten years, I have added “read” to the Ishmael graffiti and murals. 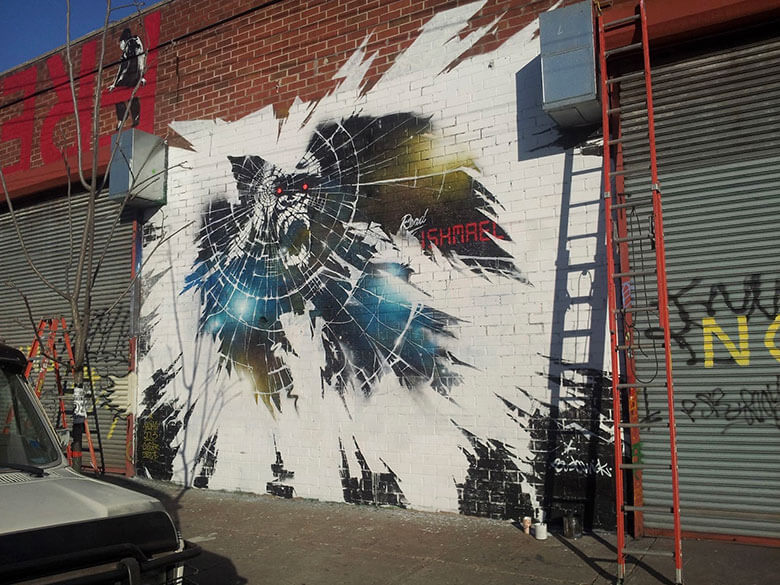 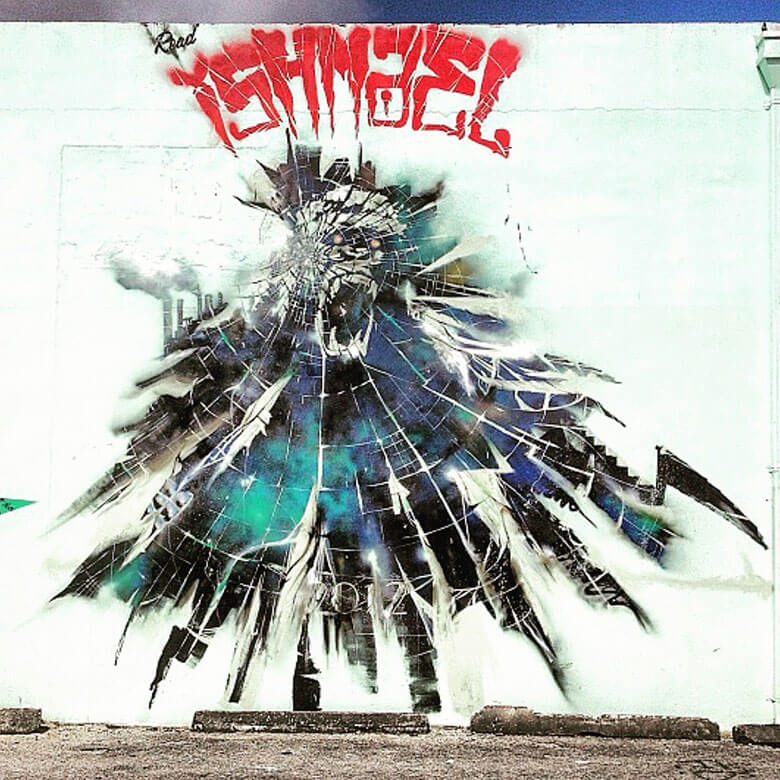 ‘The message the book gave to me was to see the bars of a cage. I saw my captivity. Once you see the bars, you can not unsee them. We are captives of a system that destroys a lot of life on earth for the system to live. ‘

We read on your Instagram that you talked to Daniel Quinn about the new tribalism. What can you tell us?
I would correspond with Daniel Quinn. I would ask him for business advice. I took from his writings and correspondence that Quinn believed in a new tribal way of living. Quinn knew that there’s no way to go off into the woods and leave the destructive system that way.
I took his new tribal philosophy to mean a tribal approach to the modern world. Small groups of like-minded people working together to make a more sustainable model of living. Small groups with common goals. I use these ideas in my way. For example, when I need help on an art project, I bring on people.  I am paid the same as my helpers. I make sure I bring on talent that’s deserving of the pay, and in that, we are stronger. Faster at creating something unique.
Humans have lived for millions of years in small groups, but the current system wants to erase that fact. The dominant system wants you to think humans have always lived in civilization. But the truth is, we lived tribally until recently, and that civilization is a relatively new concept in our human timeline. 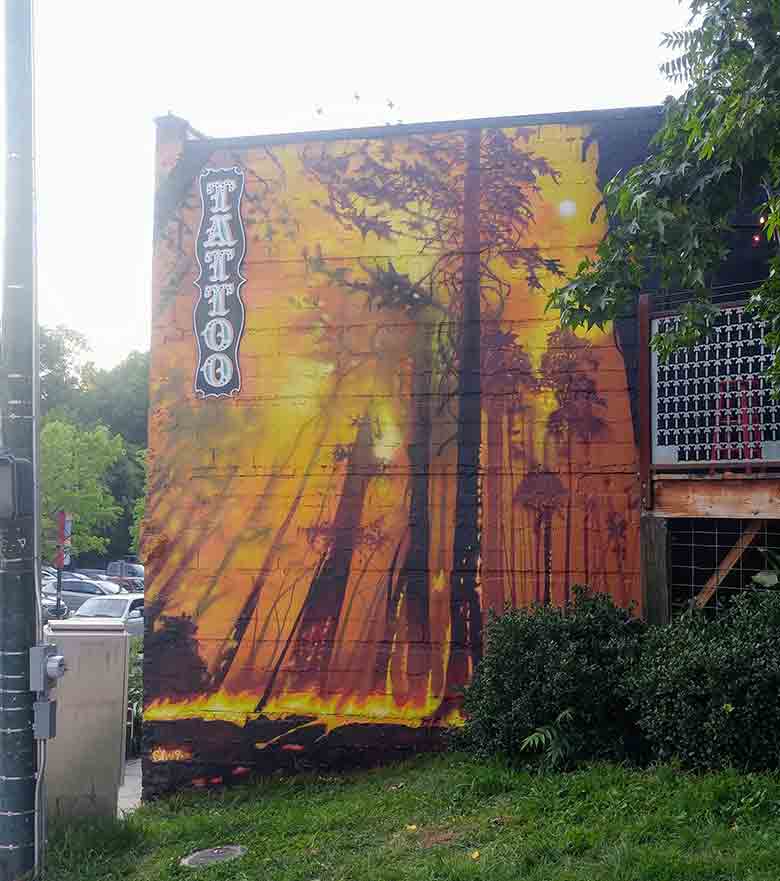 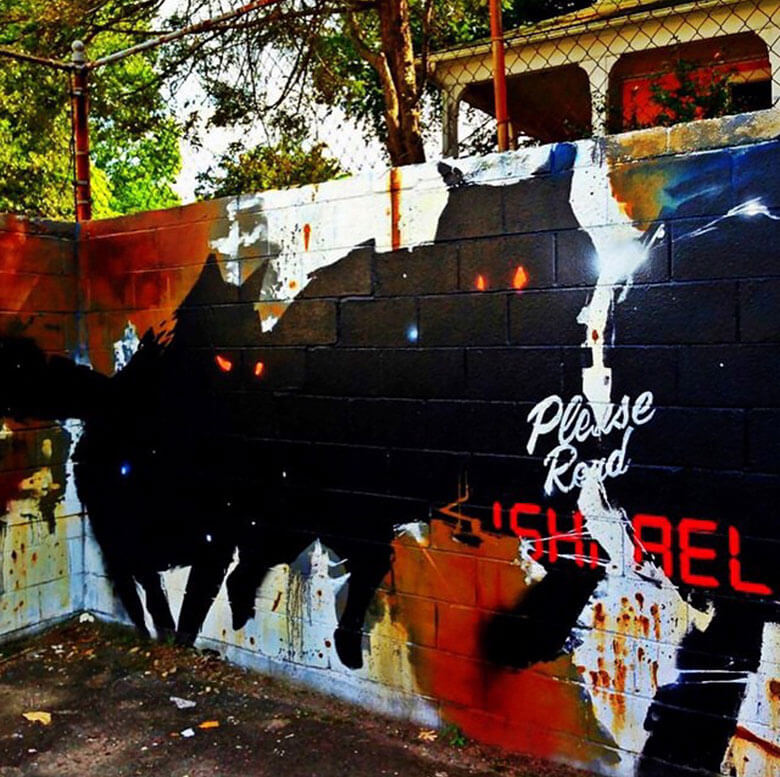 We know through your website that the multitude of followers of the teachings of his book was looking for a way to change the path of destruction for humanity, and your answer was to do what you can from where you are.
Can you tell us your position and your contribution?
The only thing I figured would help the best right now to change the path of destruction is to create awareness that we are captives to a system willing to destroy life on earth for the system to survive. This awareness helps humans see the bars in the cage. If enough humans see the bars, then we can use new creative ways with sustainable practices to escape the cage.
So my contribution has been to leave a message for a 10-year-old inventor to be. Or a musician to write a song or a book or a movie or a message on a wall.
Do what you can to bring awareness of the cage with whatever means and talents that you have.
I was looking back on the last 23 years since I read Ishmael. It changed my life drastically. First, I moved to a relatively inexpensive place. Geographically conducive to travel.  A town small enough to not have to drive a lot. I figured out how to downsize what I needed. Downsizing gave me more financial freedom, and that gave me the freedom to think about whatever the fuck I want for days if needed.
Most of all, Ishmael has taught me about freedom. Ishmael gave me a historical reference on how we humans got into this cage. And how to get out.
PS. The book Ishmael kicks in hard after chapter two. 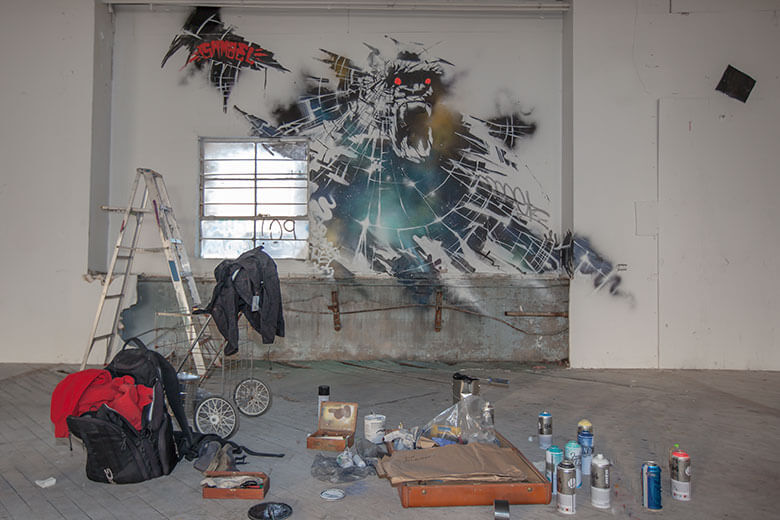 “WE AREN'T GOING TO GIVE AN INCH OF OUR RIGHTS, EVEN IF IT COSTS US OUR LIVES” | AN INTERVIEW WITH PUÑO