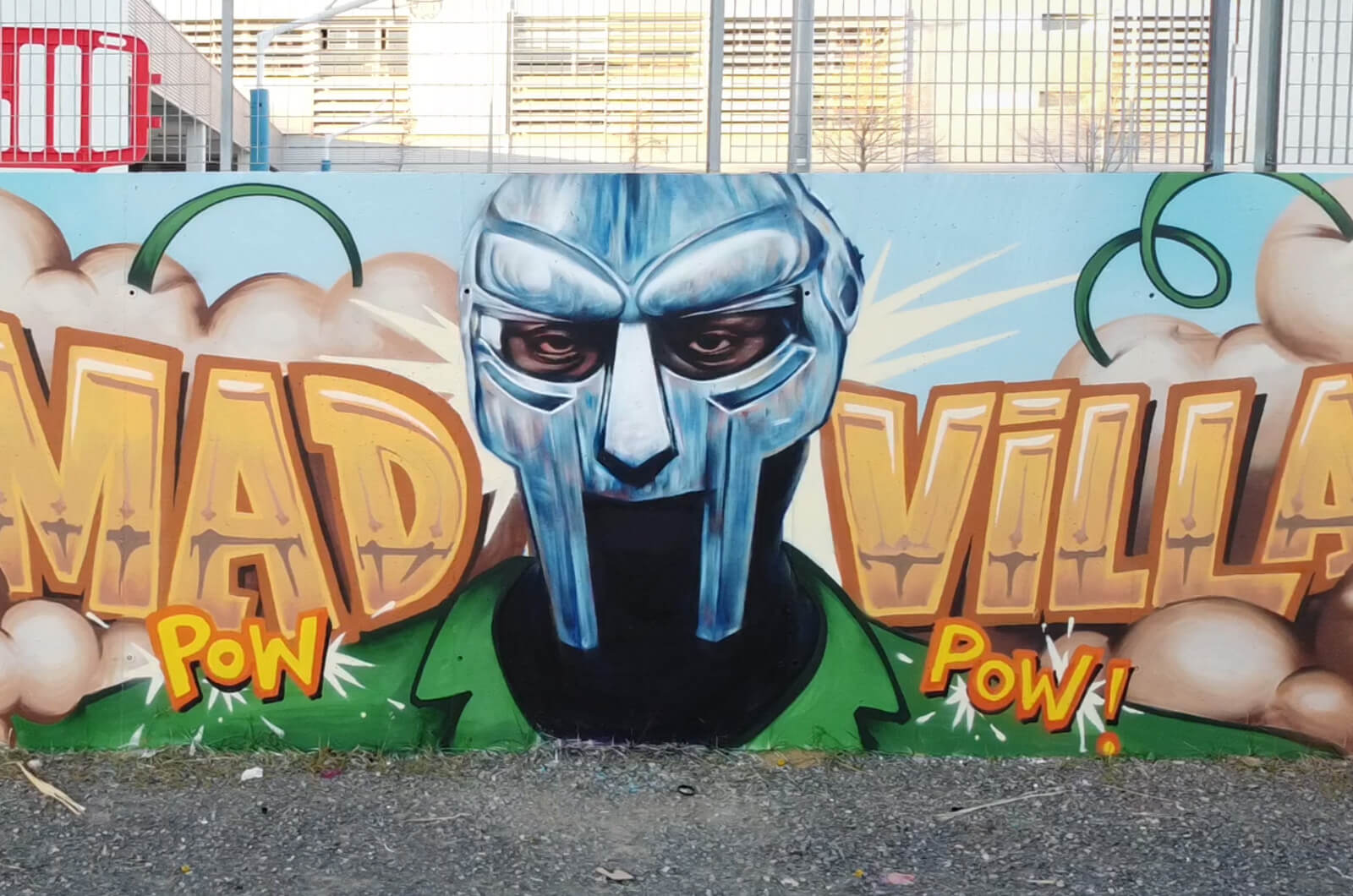 The masked MC MF DOOM would be celebrating his 50th birthday today. His passing in 2020 led to an outpouring of tributes from the international graffiti community never seen before, and we mark his born day with some of The Finest.
Daniel Dumile holds a special place in the hearts of graffiti artists worldwide. Since his emergence as MF DOOM in 1997, the London-born rapper and producer established himself as a firm favourite amongst writers, who found plenty to relate to in the alter-ego he created.

For the uninitiated: Dumile moved to the Long Island with his parents as a child. He was a fan of comic books, and went by the nickname DOOM from an early age, taken from the first syllable of his surname. He started DJing in third grade and formed the graffiti crew/rap group KMD with his brother Subro in 1988. 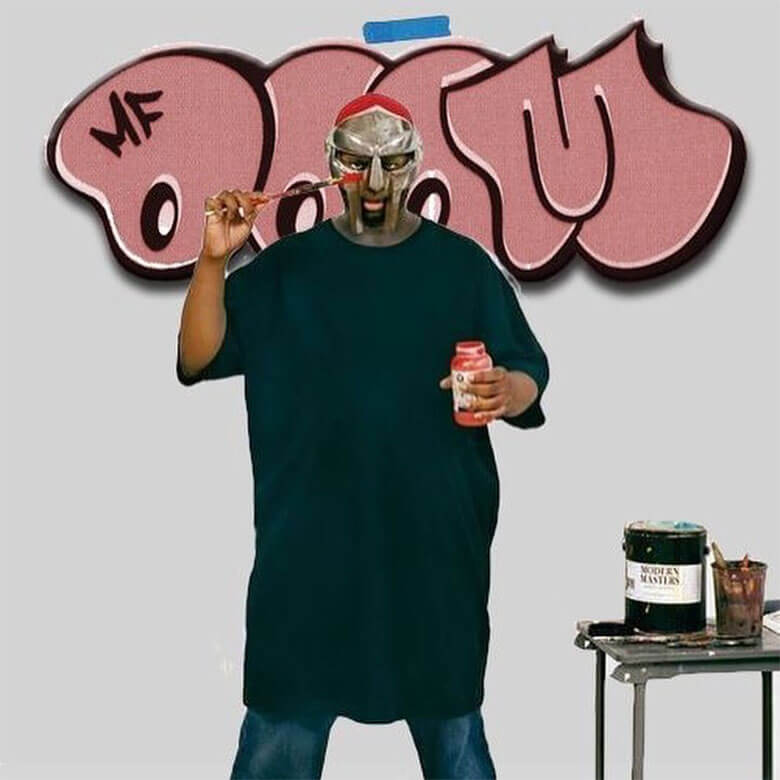 Just before the release of their second album, Subroc was killed crossing a highway. Dumile finished the album, but the group was unexpectedly dropped by their label, Elektra. He was destroyed, disappearing from the hip-hop scene completely for three years before emerging as the MF DOOM character, hiding his identity with a metal mask that would become his trademark. 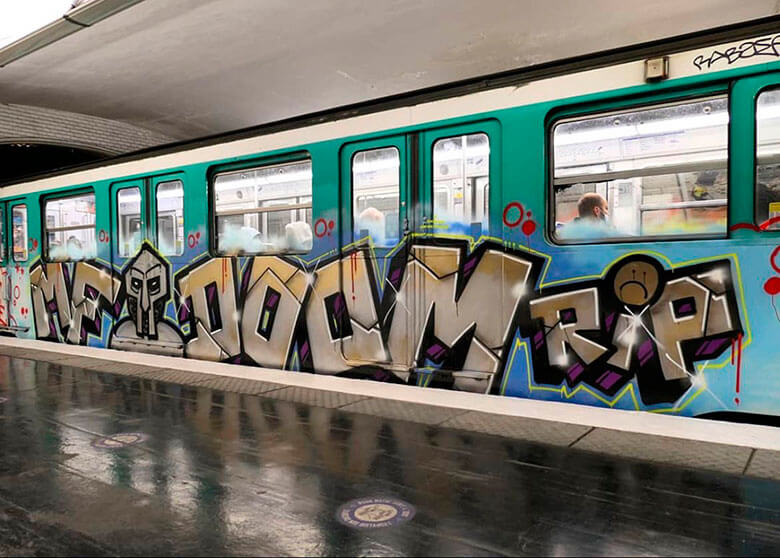 His output from 1997 to the time of his death was unrivalled. From seminal solo albums like Operation: Doomsday and Born Like This to collaborations with Ghostface Killah, Madlib and Flying Lotus, he earned the reputation as a charismatic, original and imaginative artist – with considerable associations to the world of graffiti. 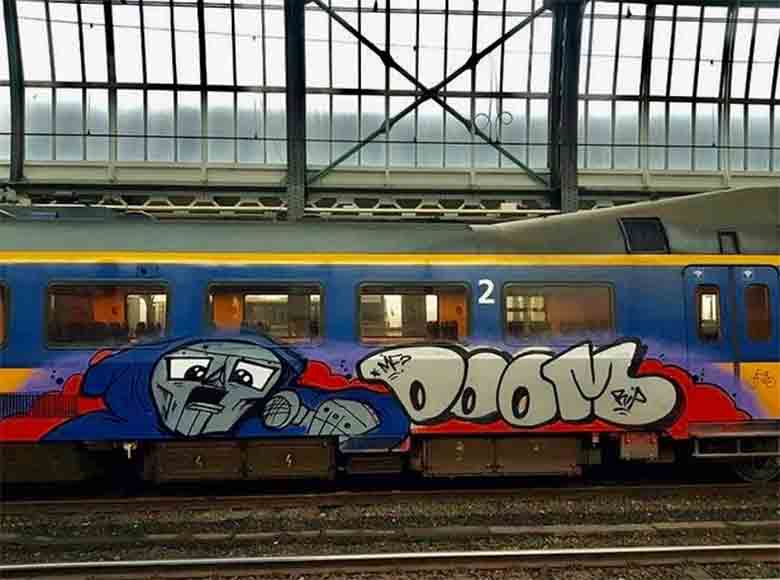 A noted bomber himself, DOOM enlisted close friend KEO XMEN to provide art direction for several his releases. His album MM…FOOD was illustrated by Jason Jagel – check Tramontana 05 for an interview with that particular artist. So it was only right that writers worldwide would come up with their own ways of paying respect to this fallen figure.
This is a selection of some of the best pieces, which is neither comprehensive, nor definitive: we expect to see the Metal Faced Terrorist pop up on walls all round the planet for as long as people bump those tracks.
A word of advice for anyone wishing to join the tributes:

“Just remember ALL CAPS when you spell the man name.” 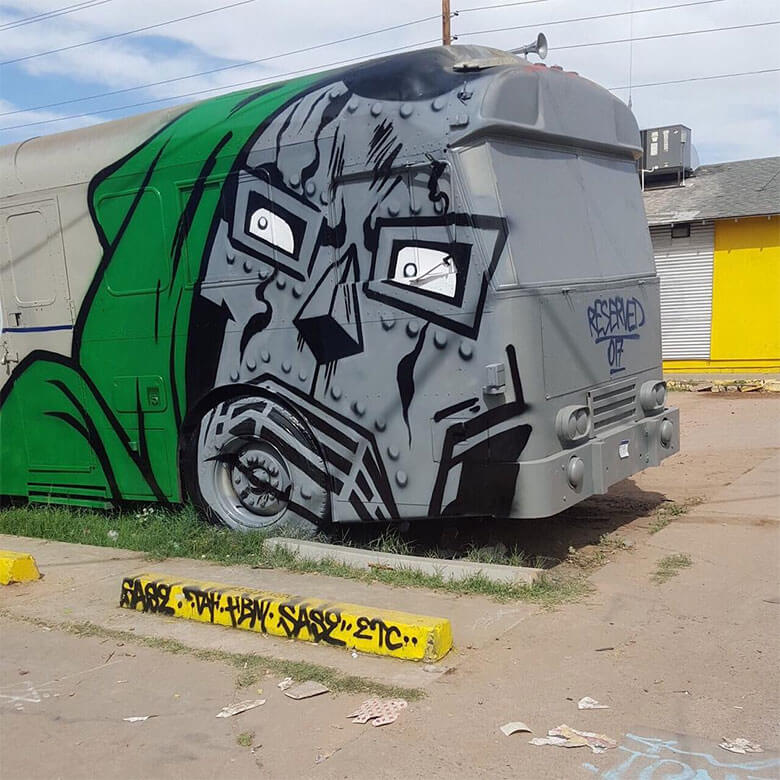 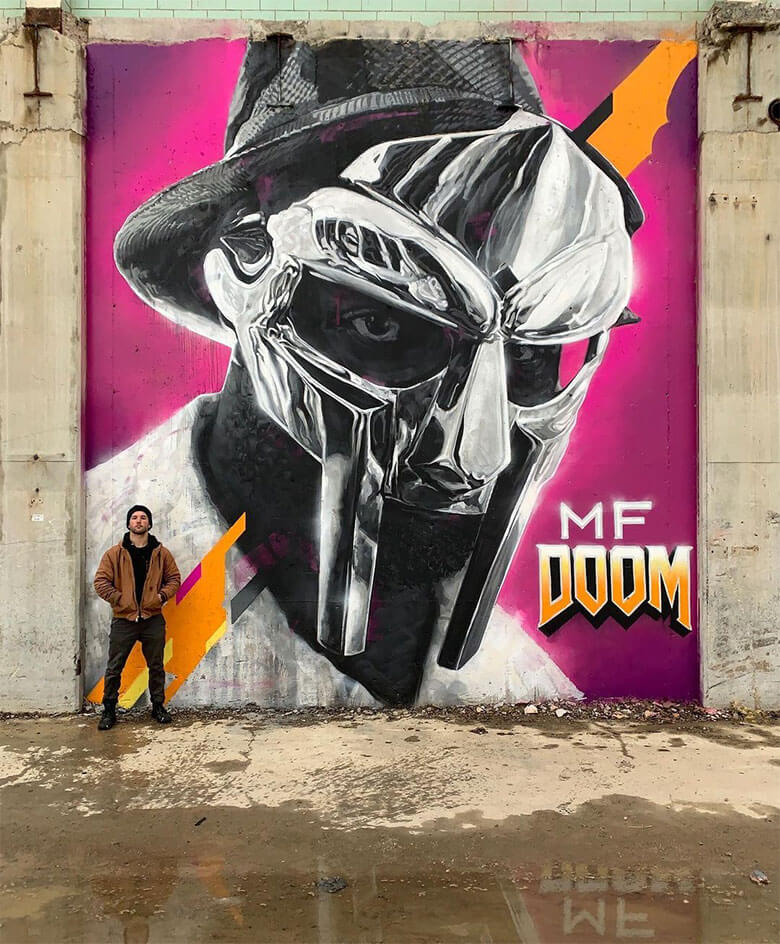 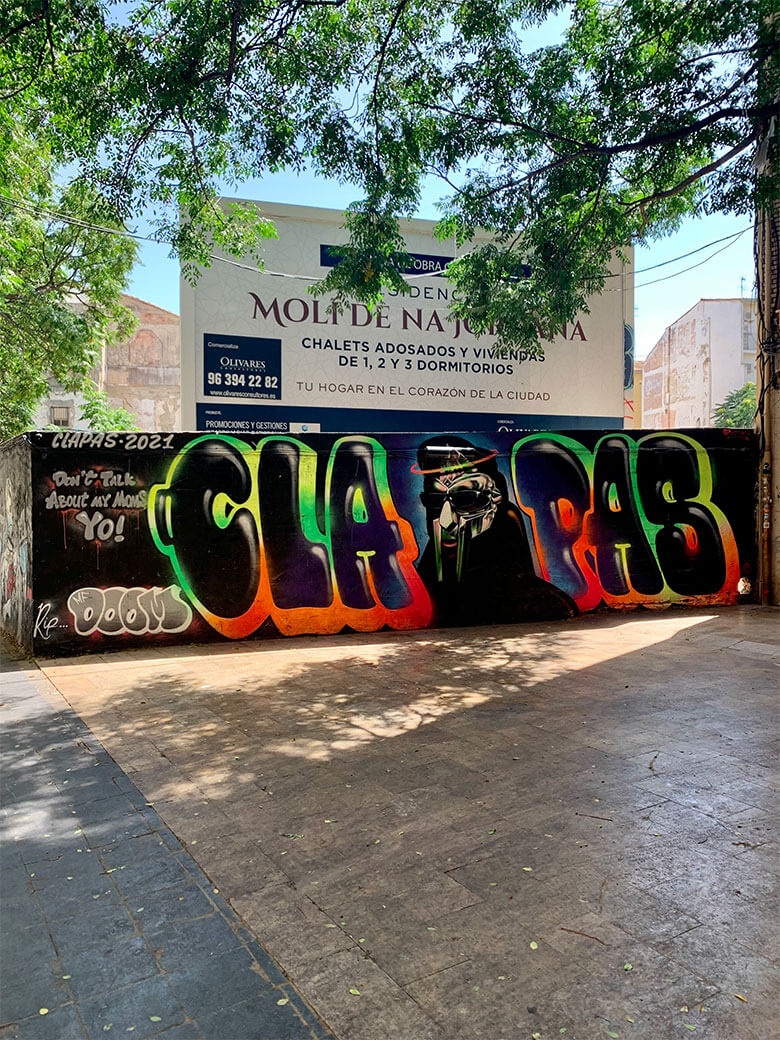 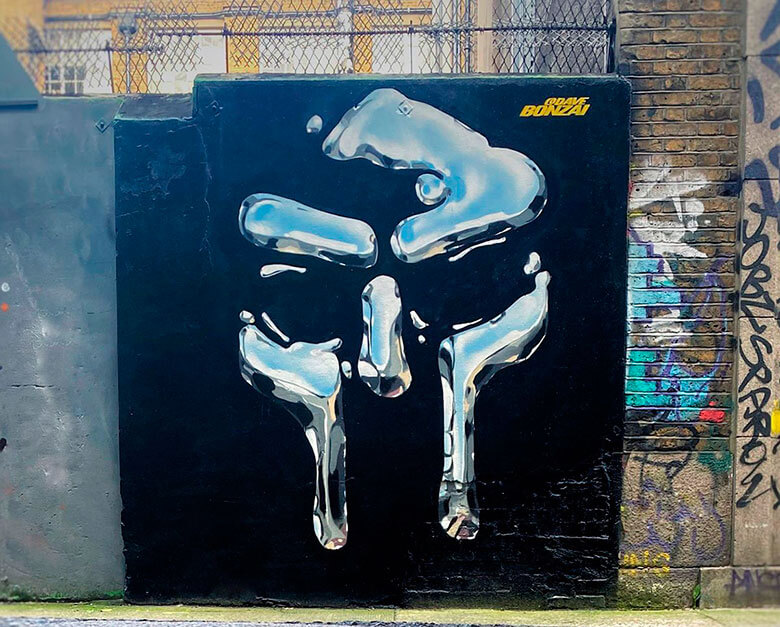 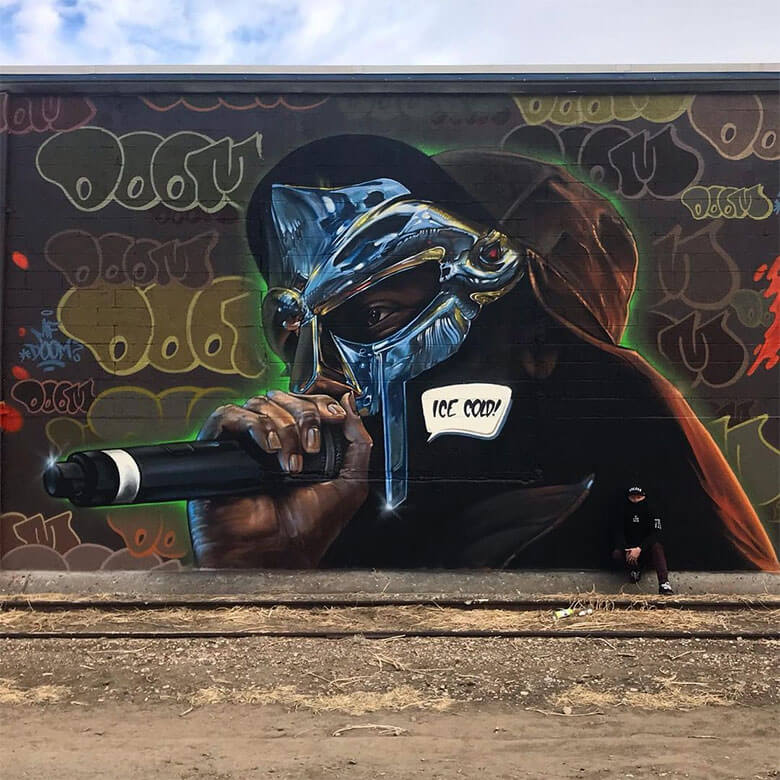 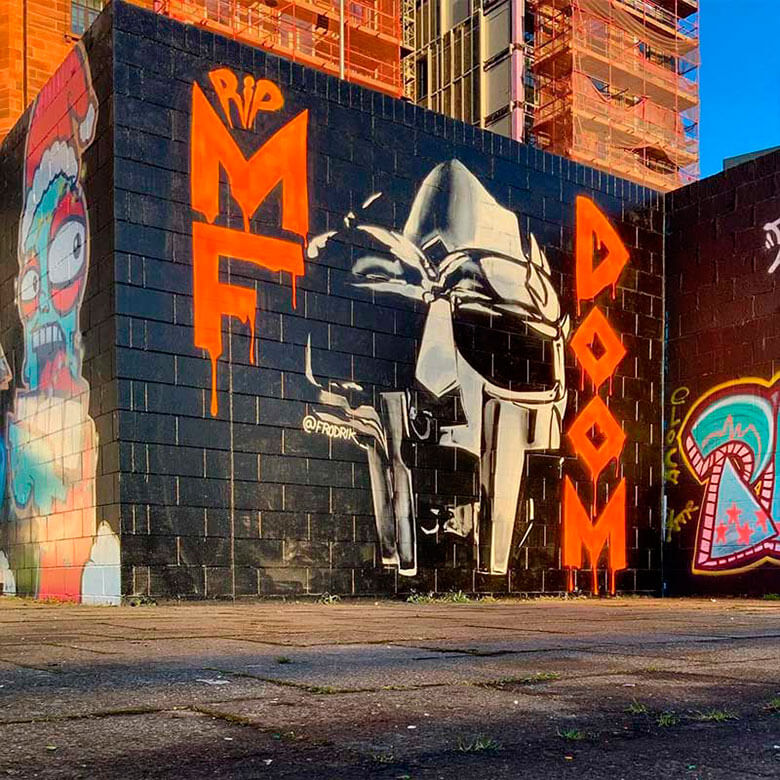 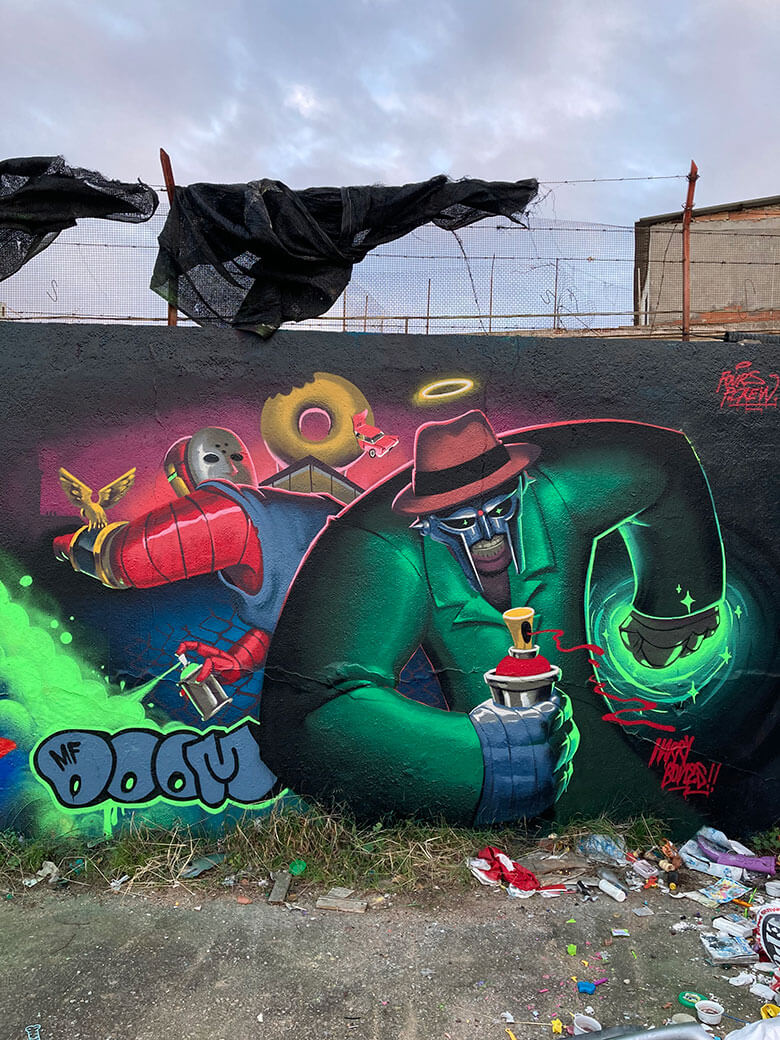 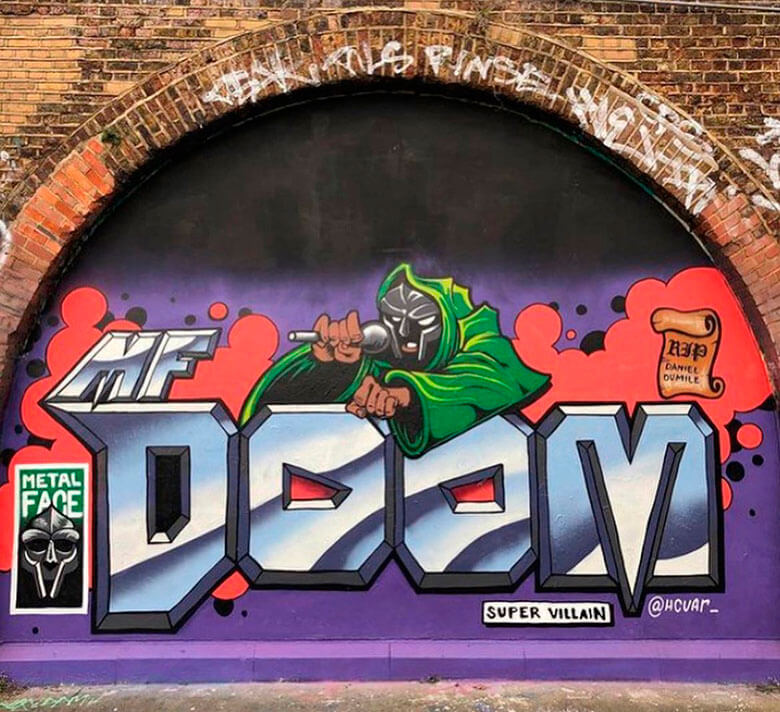 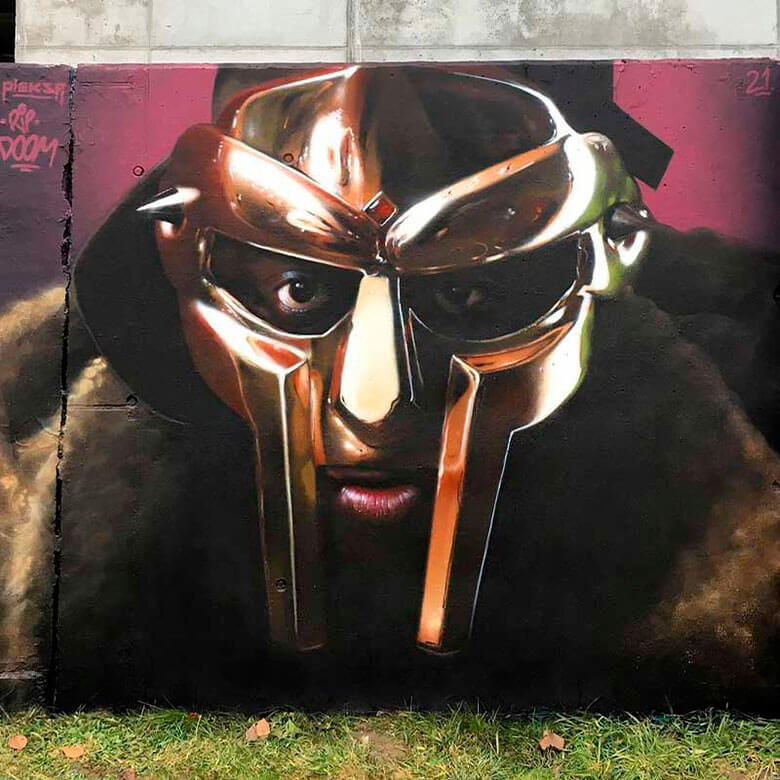 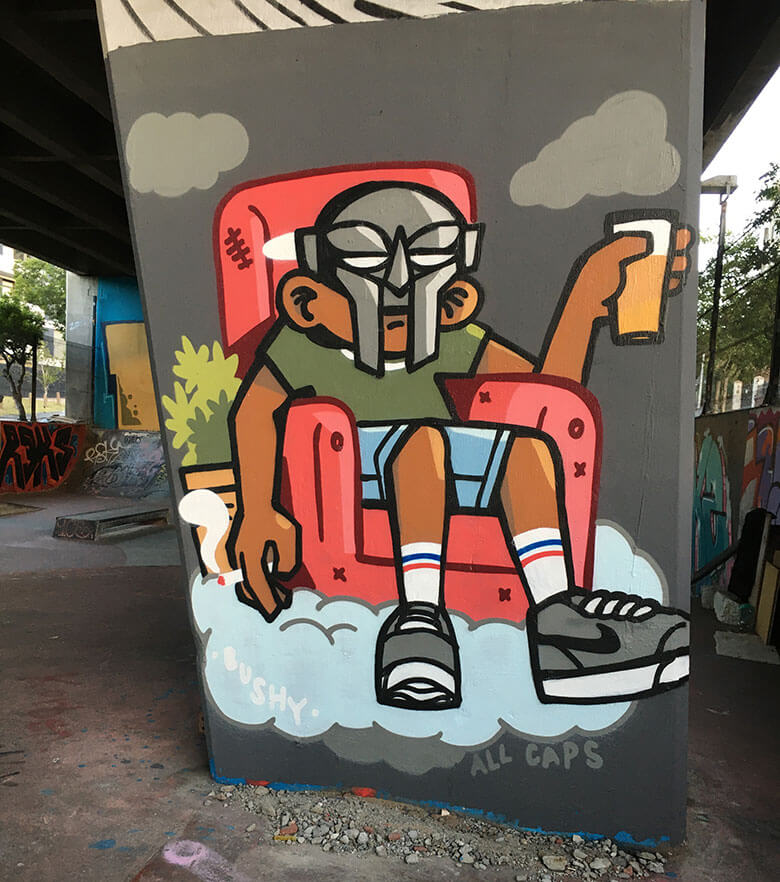 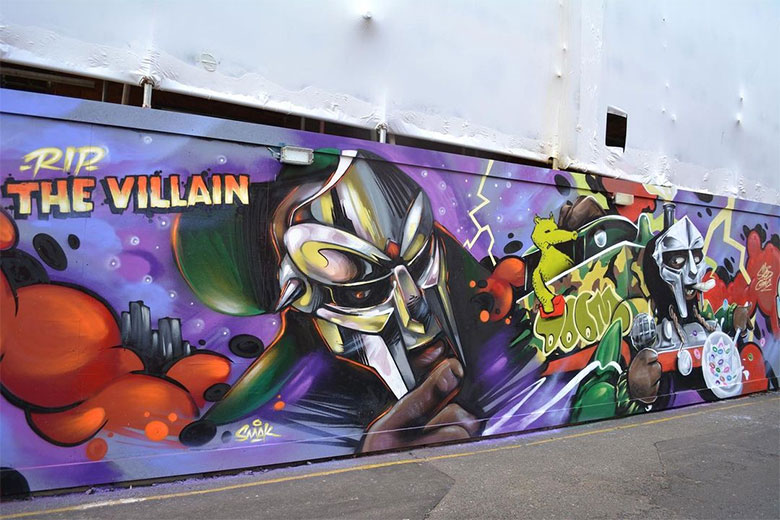 July is #mtnmusicmonth at Montana Colors. Use the hashtag to search for all our music related content, and don’t forget to peep our Spotify and Soundcloud accounts for dope beats of all kinds.