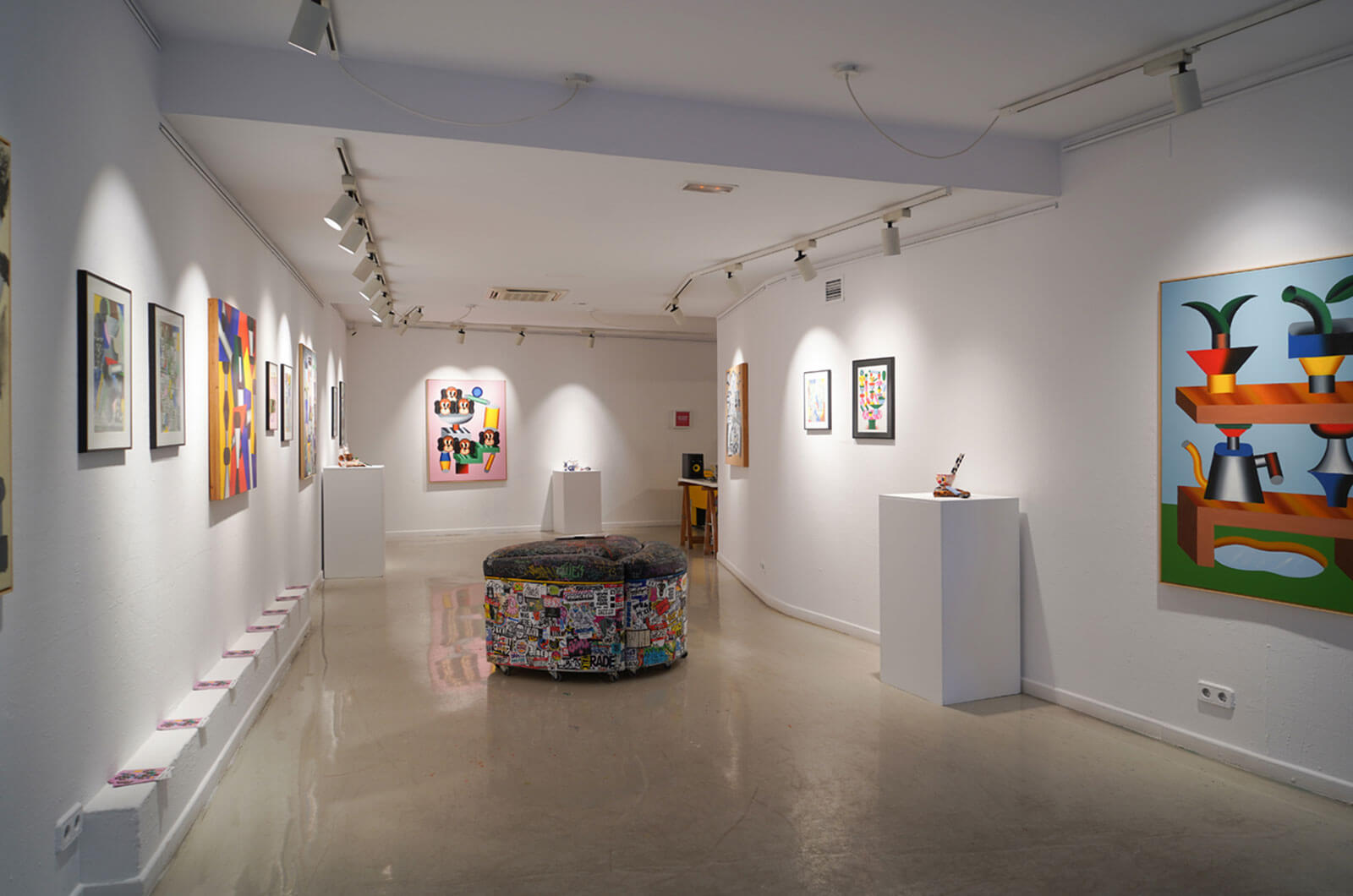 Osier Luther opened his new exhibition at the Montana Gallery Barcelona earlier this month. Find out more about this young Andalusian artist in this interview with MTN World.
The Montana Gallery has taken a playful turn of late, with shows by Rorro Berjano, JC Earl and now Osier Luther bringing a lighthearted approach to understanding urban art. Combining painting and sculpture, the considered pieces provide contrast with the expressive sketches Osier paints in public. We caught up with him during his stay to talk ignorant art, toy graffiti and the classic references within his new show.

The name of the exhibition refers to a French magazine published about a hundred years ago. How did you discover this book? What is its importance and relevance to the current art scene?
To begin developing my exhibition, I begin to investigate the precursors of Cubism and the work that most interested me came from Cubist artists such as Kazimir Malevich, Fernand Léger and Piet Mondrian from the early 20th century. Looking into these artists, I found some toys that are from the end of the 19th century that seem to be pre-cubist and that have a certain connection with this artistic movement that came later. They are wooden geometric figures, primary colors, classical figures. All this inspired me.
It was with this research that I found this French magazine. In fact, one of the works in the exhibition called “1939” is directly inspired by a painting by Vilhem Lundstrøm from that same year, 1939.
For me, the book is very important because I’m dealing with the educational toys that these precursors of Cubism grew up with, pre-Cubist toys that predate that movement and that make a lot of sense with the artwork that came afterwards. 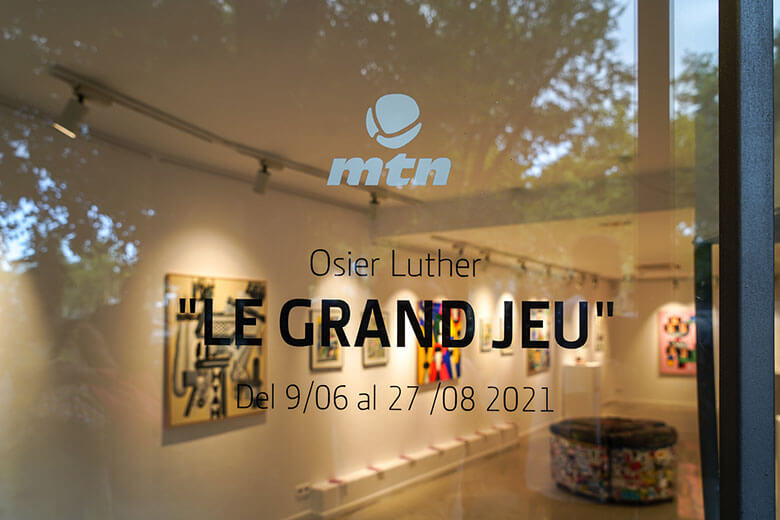 Who are the artists that inspire you from the graffiti scene? What have been the developments that you have seen in recent years that have caught your attention?
I’ve never been very conservative with my graffiti. I’ve always been inspired by artists who try new approaches, mixing tradition and innovation. Work that mixes classic codes with new forms, figures that come from other disciplines that have nothing to do with graffiti.
I’m talking about artists like Seleka, Ekta, Sonic, Sixe, 3ttman, Paul Loubet, Gues P.A.L., Obisk, Gsulf and El Tono. 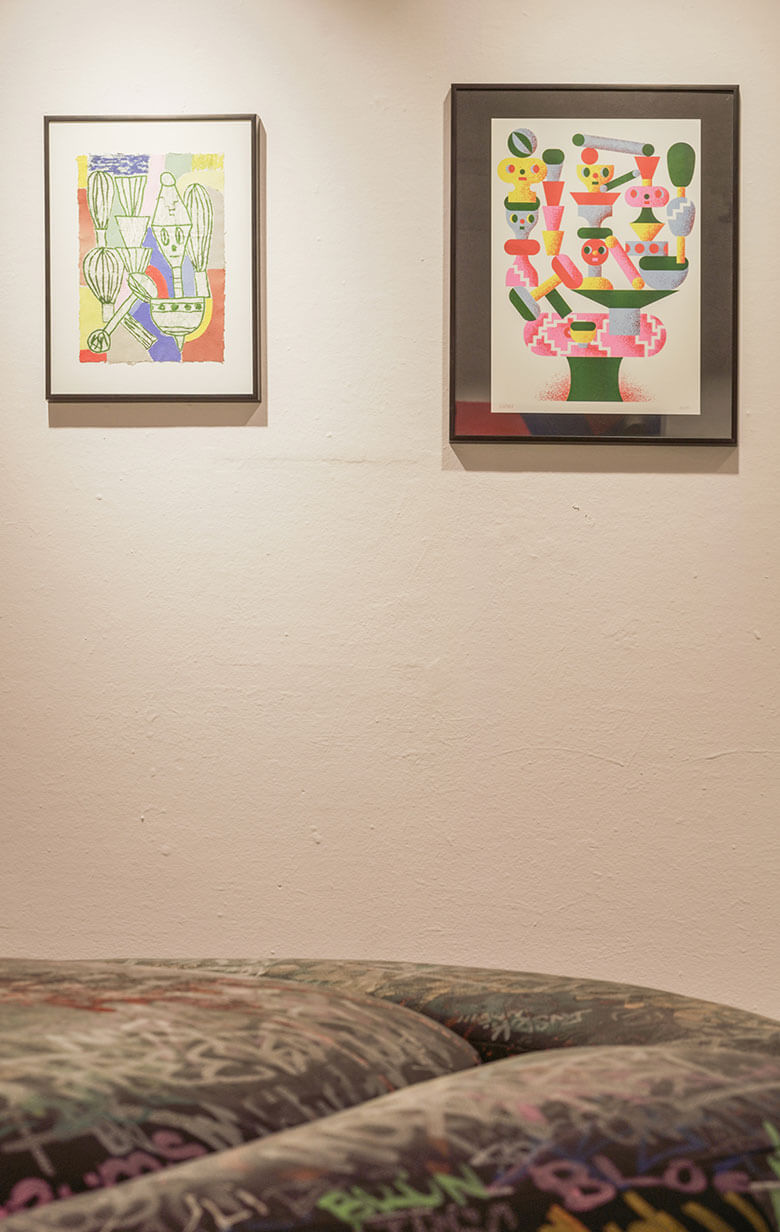 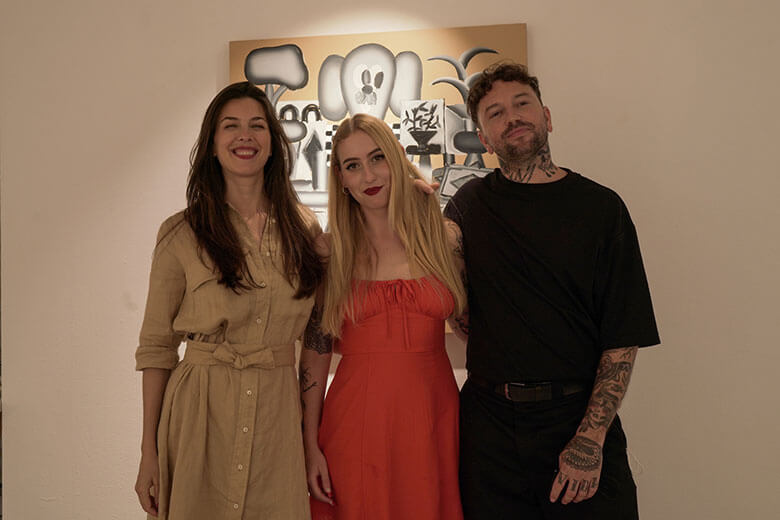 You come from graffiti, a scene that disrespects “toys.” What do you think beginners or children can bring to the scene?
I think that a child starting at 15 is the future of graffiti.
Everything classic or old is left behind. They are the ones who are making their way and you have to let them pass, give them support. Just like with trap music, made by 18-year-old kids who are making their names.
The rap of the 90’s has been left behind. It’s the same movement, but the art form has been reinvented more to their liking, in their time. In graffiti, as well as in other artistic movements, the same thing happens. Art is adapted to the styles of the times.
Kids who are starting now are everything. 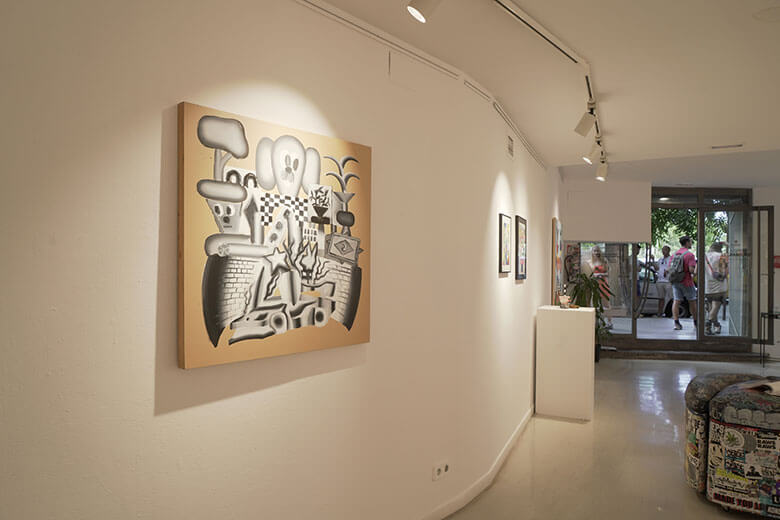 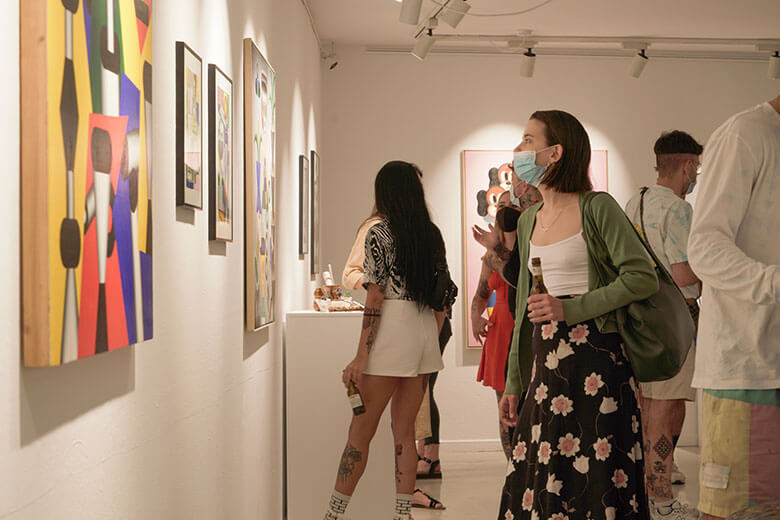 We can include your work in the genre of “ignorant art”, but at the same time, understand that it is a post-modern way of painting, which refers to previous important movements. Do you want to convey ignorance? Maybe innocence? Or the opposite, do you try to communicate complicated and deep concepts in your work?
When people describe this type of graffiti as ignorant art, they refer to something satirical. We aren’t ignorant, just the opposite. Ignorant art refers to demonstrating graffiti knowledge with the technique of a novice.
My graffiti can be classified as ignorant graffiti, but my studio work is not that similar to that. At most, it can sometimes seem funny, comical, naïve, but really what I want is to give my work seriousness. I like to demonstrate technique, knowledge, careful and more mature work. My graffiti is painted in a different manner to my studio work.
I feel more comfortable taking my time to do the work, whereas graffiti is my vacation, my time to experiment and break rules. They are different concepts. 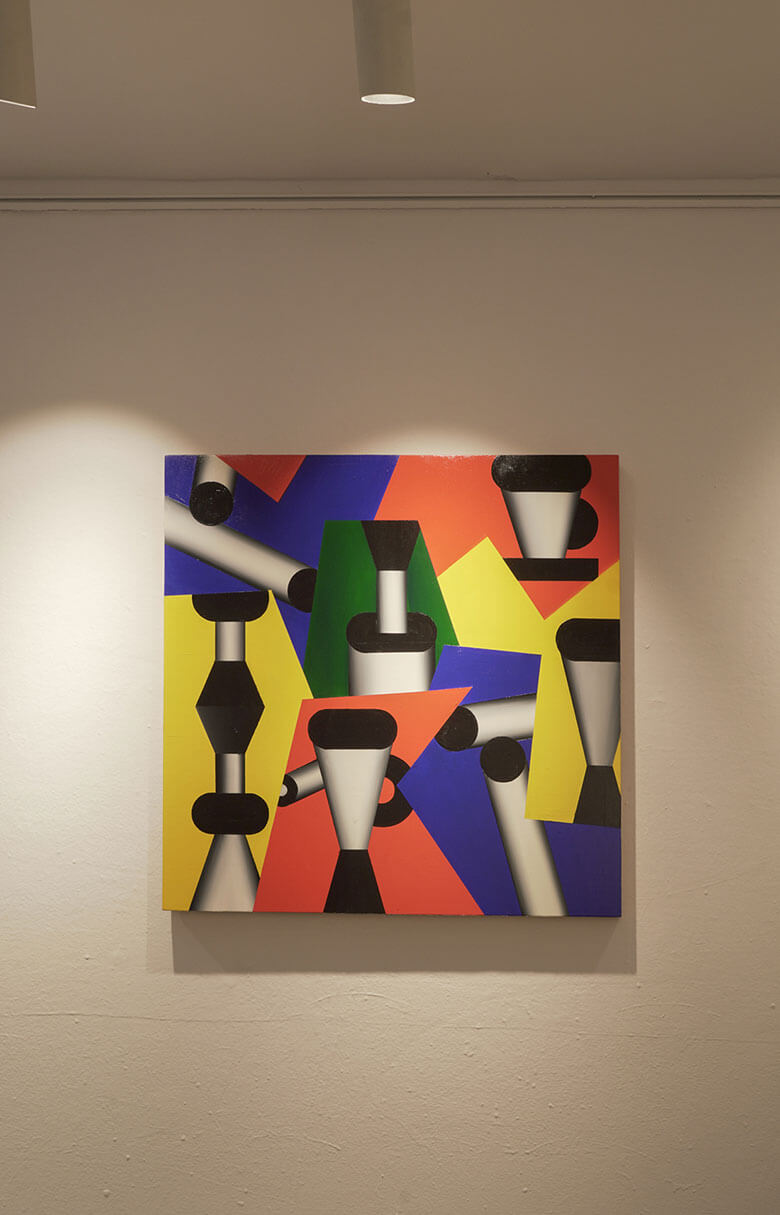 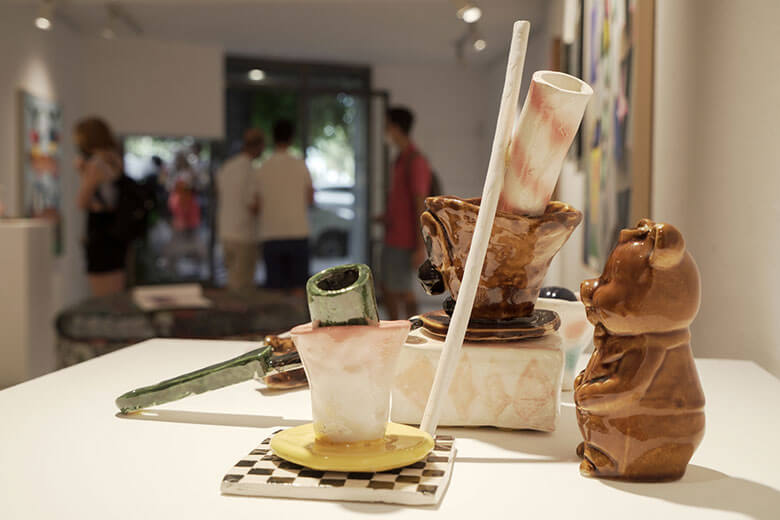 ‘My graffiti can be classified as ignorant graffiti, but my studio work is not that similar to that. At most, it can sometimes seem funny, comical, naïve, but really what I want is to give my work seriousness. I like to demonstrate technique, knowledge, careful and more mature work. My graffiti is painted in a different manner to my studio work.’

You are the second consecutive Andalusian artist to exhibit at the Montana Gallery Barcelona, ​​after the sculpture exhibition by Rorro Berjano. Does it represent a recognition of the scene in southern Spain? What are the aspects and opinions that you share with your local scene?
Over the years I have learned to love my region for what it is, with its authentic and traditional atmosphere, without wanting to modernize it or change it. However, to be able to work here, I had to travel outside of Andalusia, which was very necessary for my development as an artist.
As for Rorro, I do see similarities, not in terms of our work but in terms of our way of doing things. His work is also careful and polished while his graffiti is more spontaneous. For me, he’s an important figure in Andalusia and an artist that I admire. 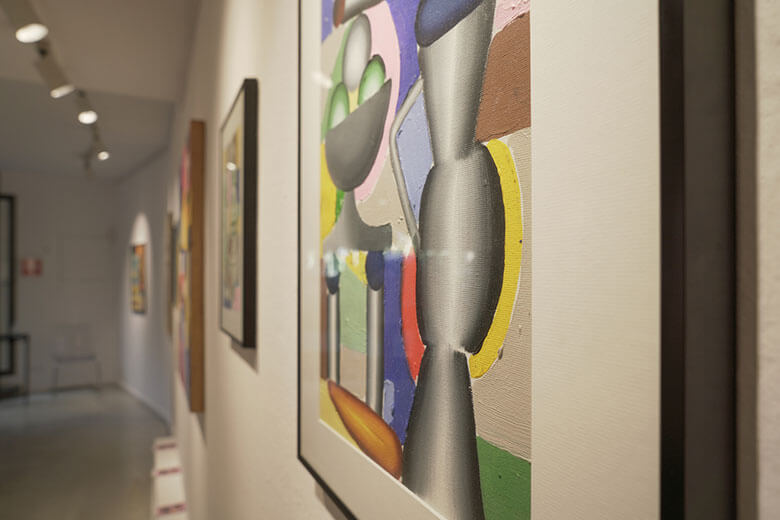 It’s #mtnmusicmonth this month at Montana Colors. What are the songs or artists that would be the ideal soundtrack for “Le Grand Jeu”?
The music of Willie Colón, Hector Lavoe and Ángel Canales. 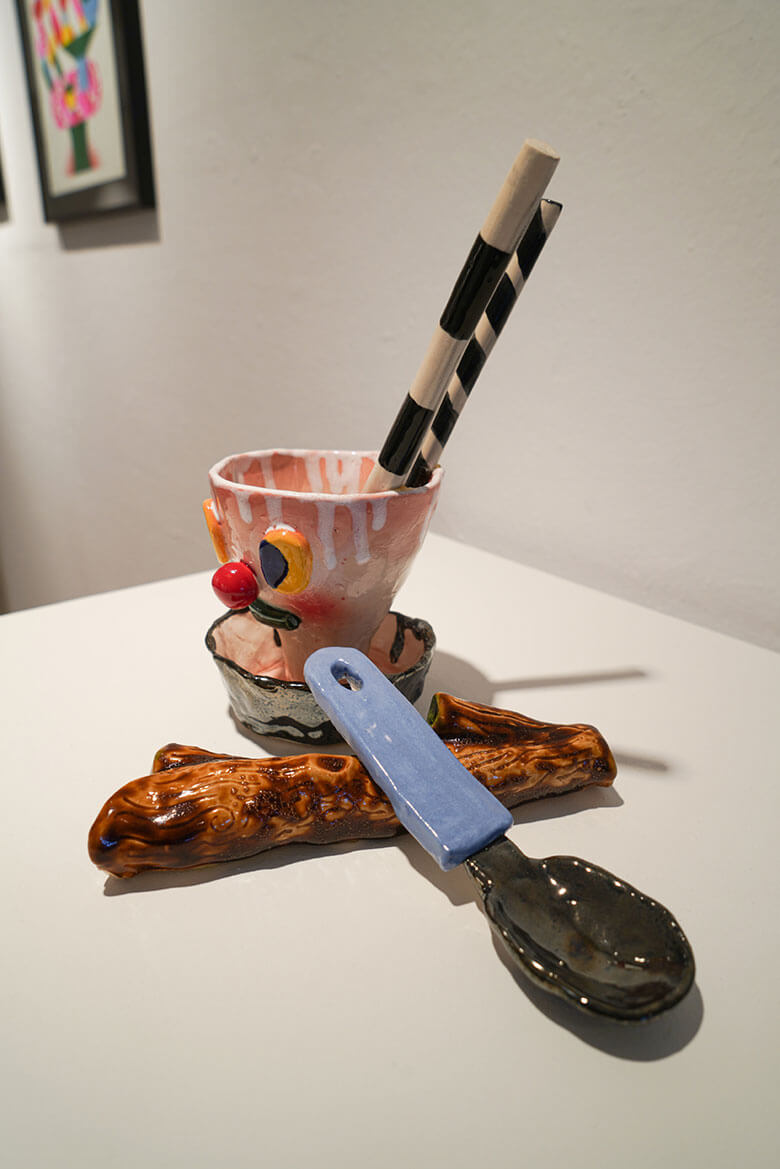 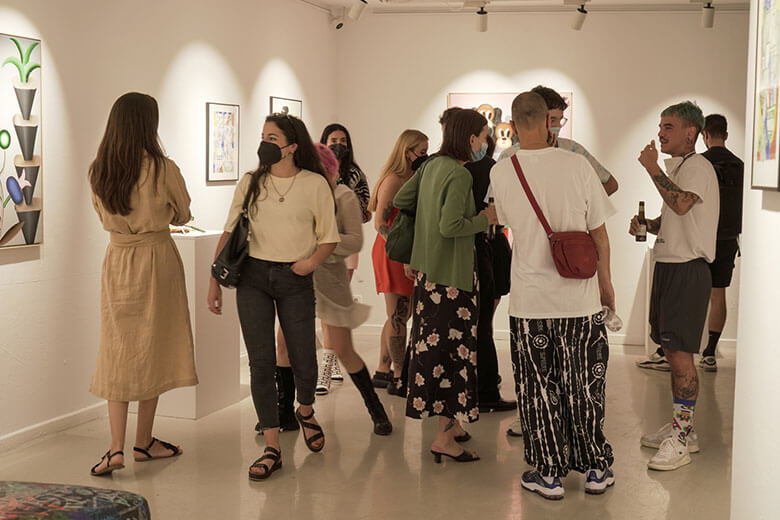 “Le Grand Jeu” by Osier Luther is currently on show at the Montana Gallery Barcelona. As always, it’s free to visit and runs until 27th August.