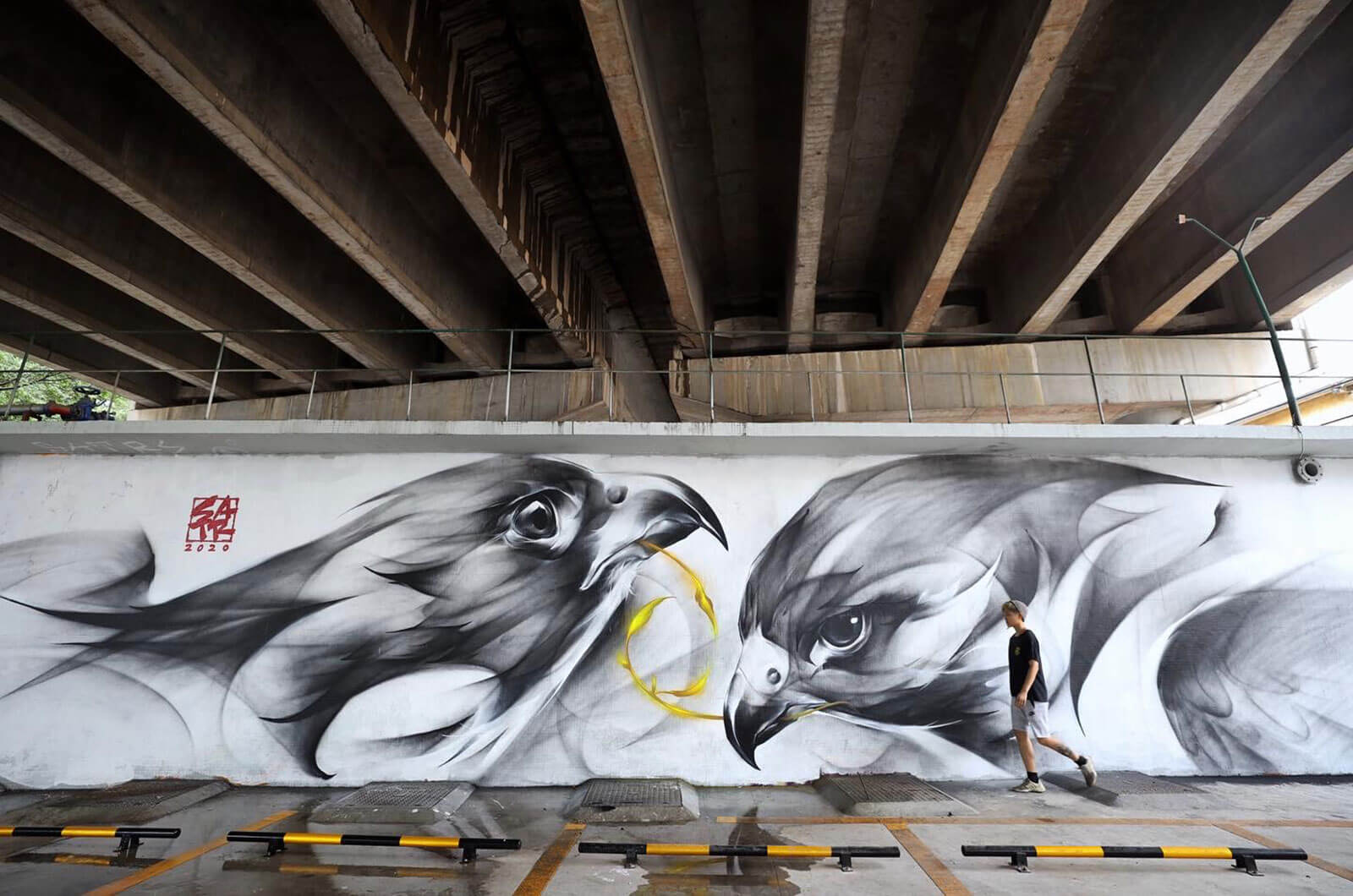 MTN World catches up with Satr to talk about can control, combining Chinese aesthetics to graffiti and our what our community can contribute to the LGBTQI+ cause.
Satr is an aerosol artist based in Guangzhou, a port city of 15 million people to the north of Hong Kong. Following the Tools of the Trade report published a few weeks ago, we wanted to talk to one of the region’s foremost artists, who has her roots in style writing but has now developed an iconoclastic style, instantly recognizable through her mastery of the spray can to produce dynamic portraits of animals.

For people who haven’t followed your career up until this point, can you introduce yourself?
I’m Satr. I live in Guangzhou city, China. I started street art in 2013, and I am still trying to study spray paint atomization. My understanding of my work is to take atomization as a form and try to combine it into a powerful image with seemingly weak and ethereal compositions. 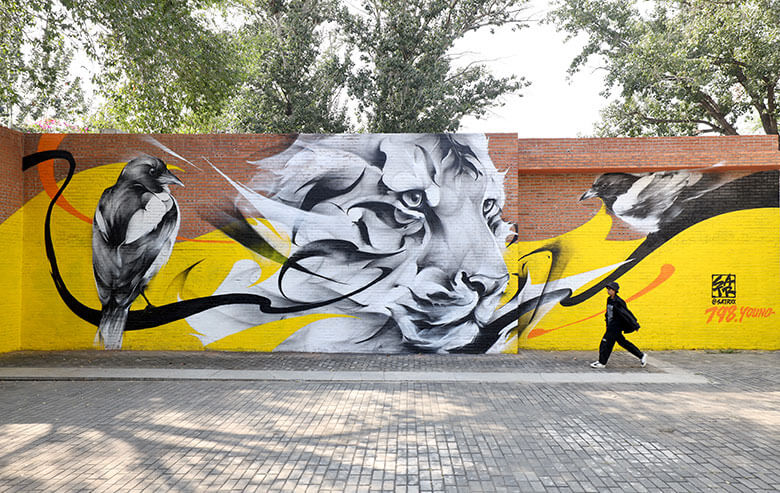 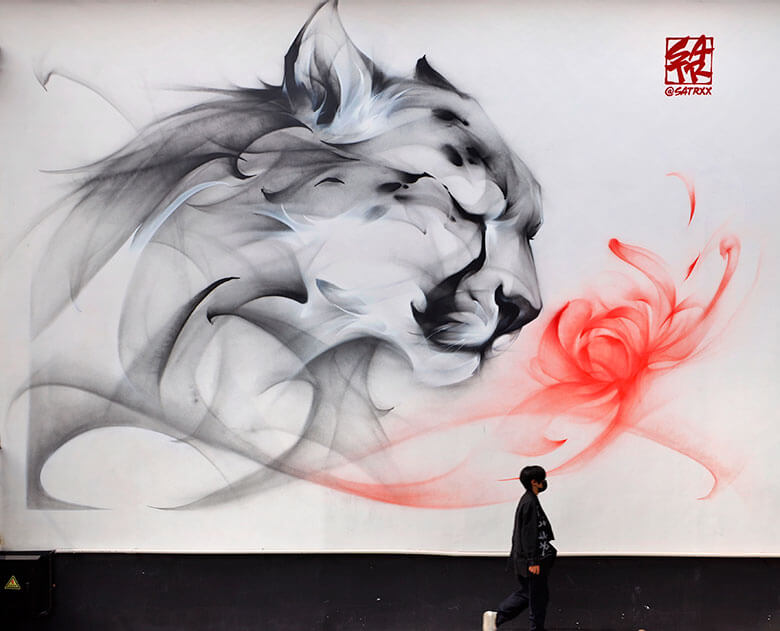 ‘In the early days of China, people did not understand graffiti art, but more and more young people are trying to do graffiti and insist on creating. In recent years, everyone has gradually begun to understand and accept this art culture.’

Your work involves aspects of graffiti, urban art and new muralism. How do you define yourself?
Yes, at present, my works will involve many aspects, including graffiti, urban art, and even my shelf works, including paper, oil canvas, wood and other materials. For me, I think of myself as an artistic content creator. Even though I don’t define myself as that type of artist but painting on the wall is my main creative form. Every year I have some requirements for myself. Whether I am invited or create by myself, I must leave my work on a wall. I wouldn’t want to stop painting murals. 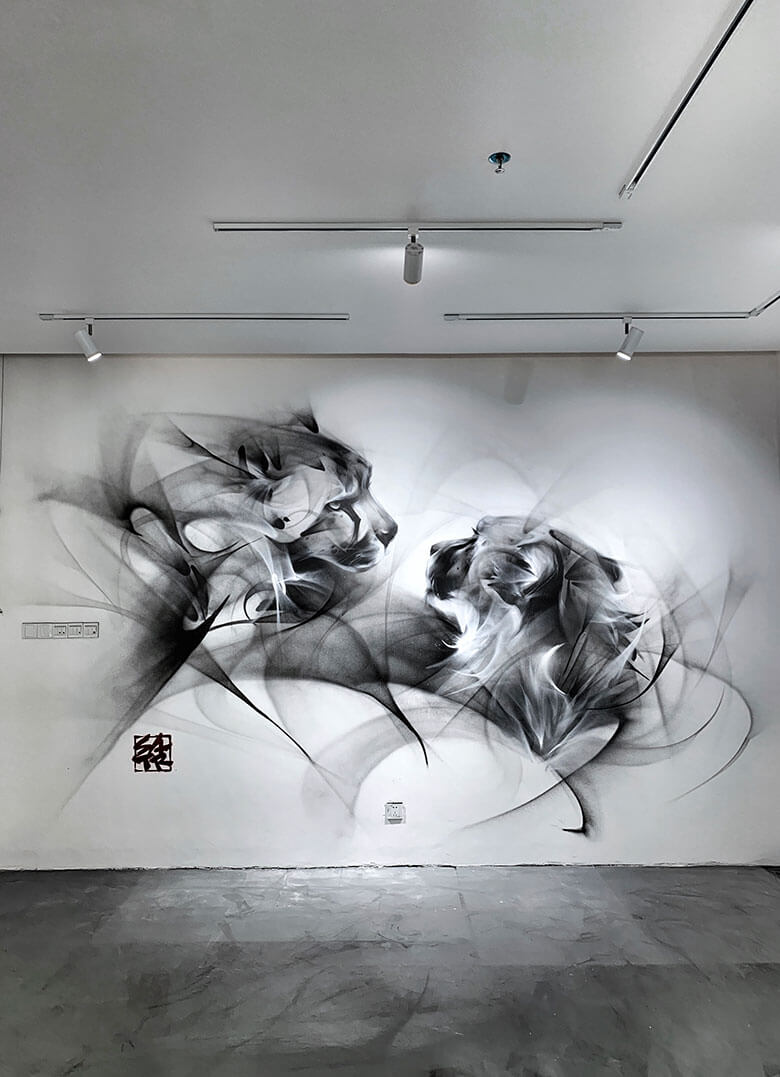 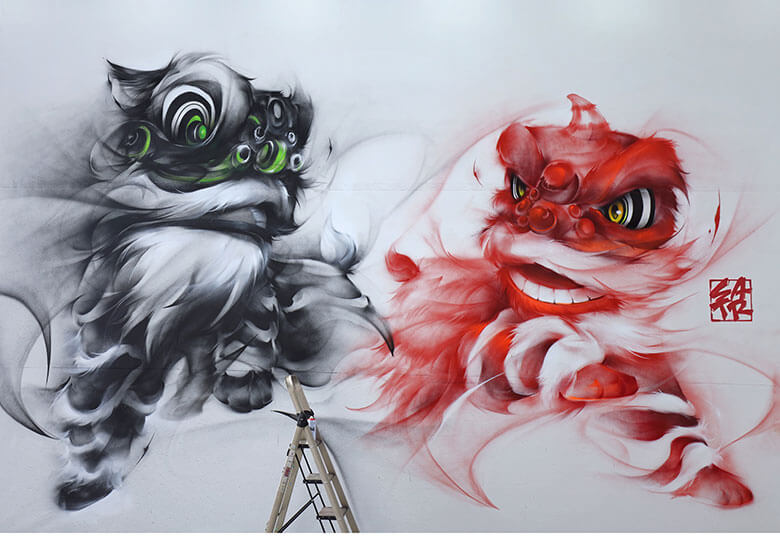 What is the public and institutional attitude towards aerosol art like in China?
In the early days of China, people did not understand graffiti art, but more and more young people are trying to do graffiti and insist on creating. In recent years, everyone has gradually begun to understand and accept this art culture. However, for the general public, it is still in the stage of trying to understand, and it is relatively difficult to promote a wide range of urban art.
I admire some of the European cities I have visited that there are a wide range of murals left in the urban space. I hope that the big cities in China will also be more receptive to this culture in the future, and there will be artists from all over the world to create. 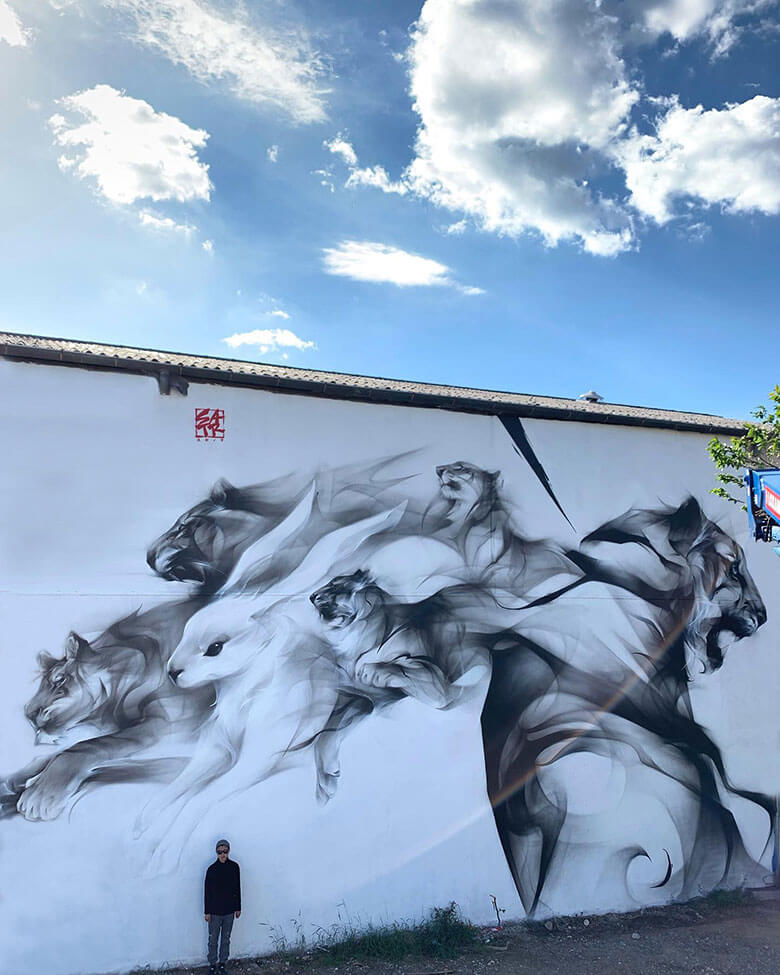 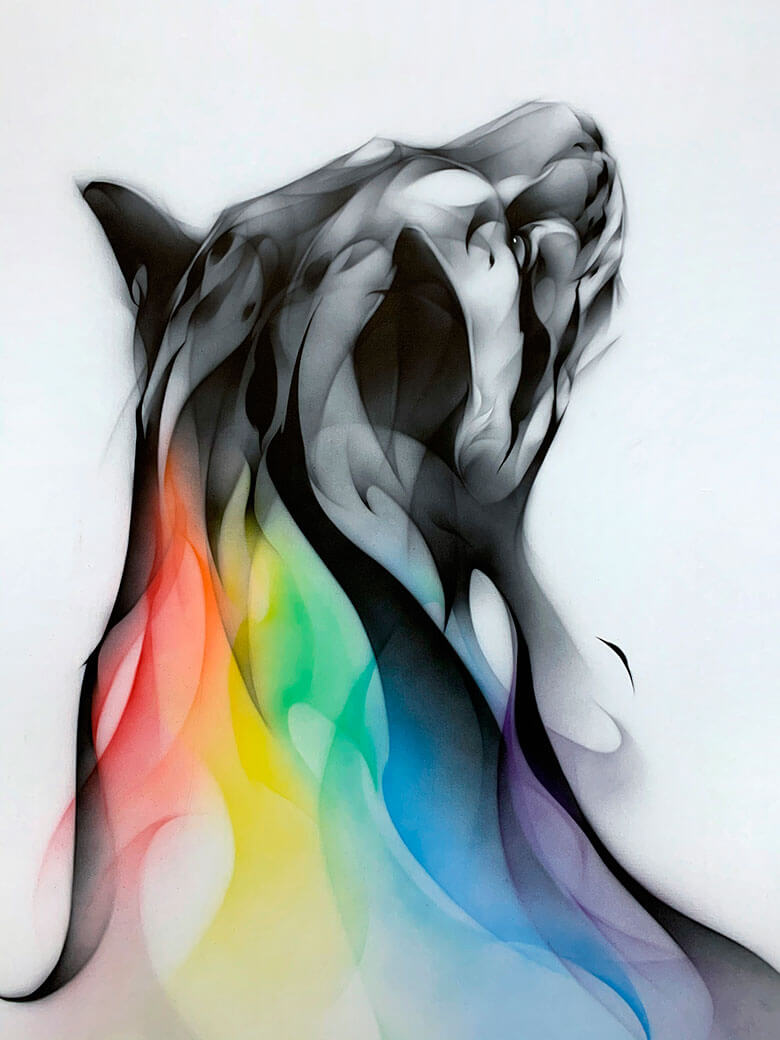 ‘My work usually does not fill all the blank spaces, which is consistent with the concept of “keeping vacant” in traditional Chinese works of art, leaving negative space for imagination.’

Your technique with a spray can is quite special and unique. Is this something you’ve developed in the studio, through teachers or with the help of other influences?
This style of painting is my personal understanding and improvement. I think this is related to the graffiti fonts I used to write. Before I drew graffiti fonts, I would pay great attention to the ability of can control. Some lines should be accurate, and some effects should be handled elegantly. This has laid a solid foundation for my can control.
From 2013 to 2015, I was basically able to draw both graffiti fonts and characters, until later I basically only painted characters, and I met some street artists at an art festival. I thought their ideas and the way they deal with their works are excellent.
I gradually began to think about how to make my work more special. At first, I tried some line-style painting methods on paper, and then I thought about how to paint it with spray paint. I gradually found a way through these experiments, and there was a new understanding at each stage. In fact, these descriptions are very simple, but in retrospect I have been continuously improving my painting method for six years, which is a long-term accumulation. 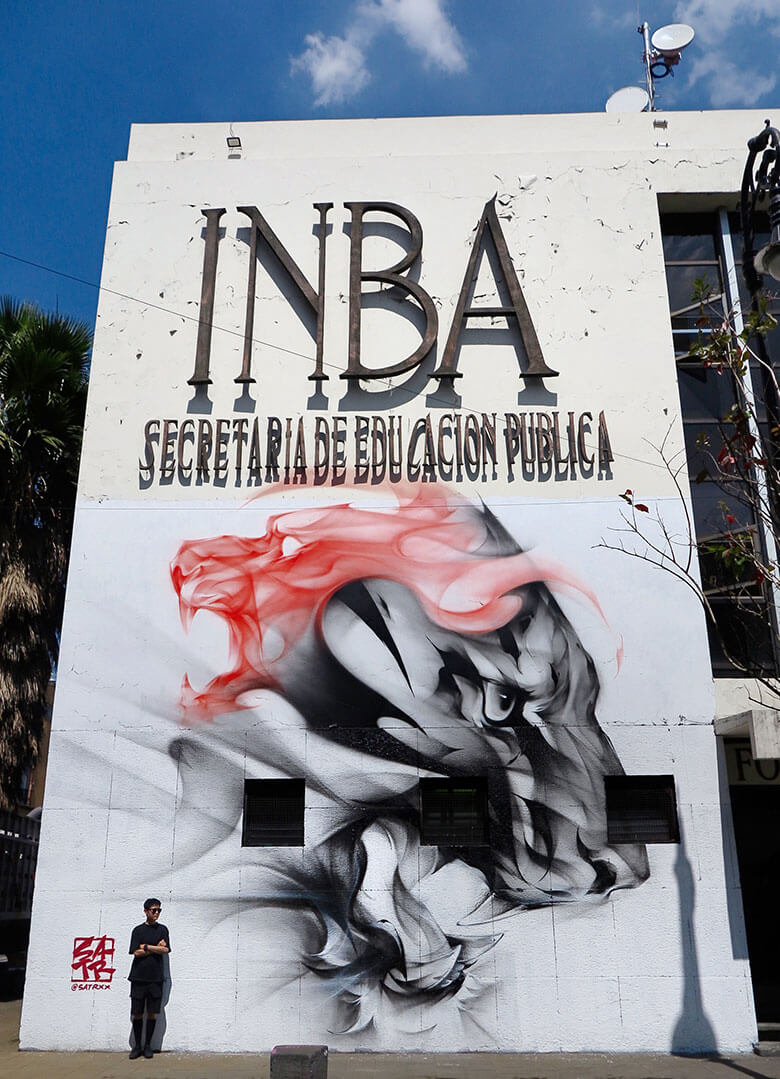 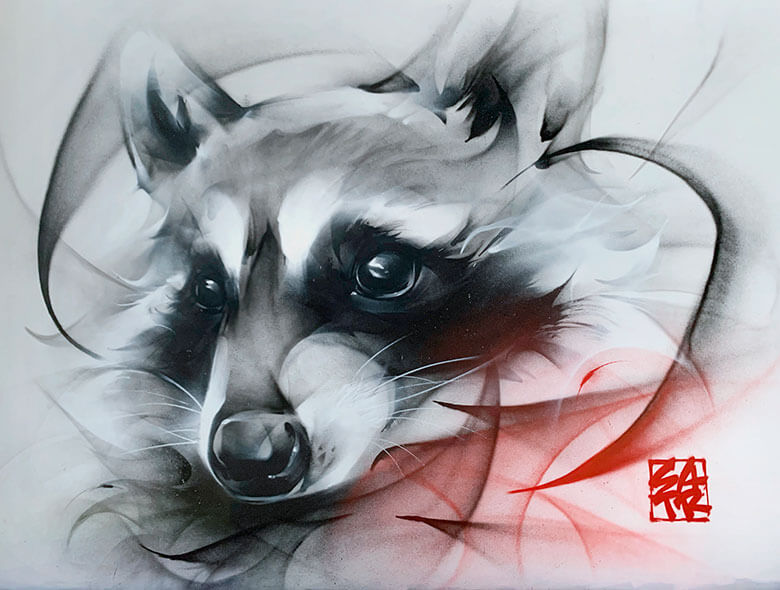 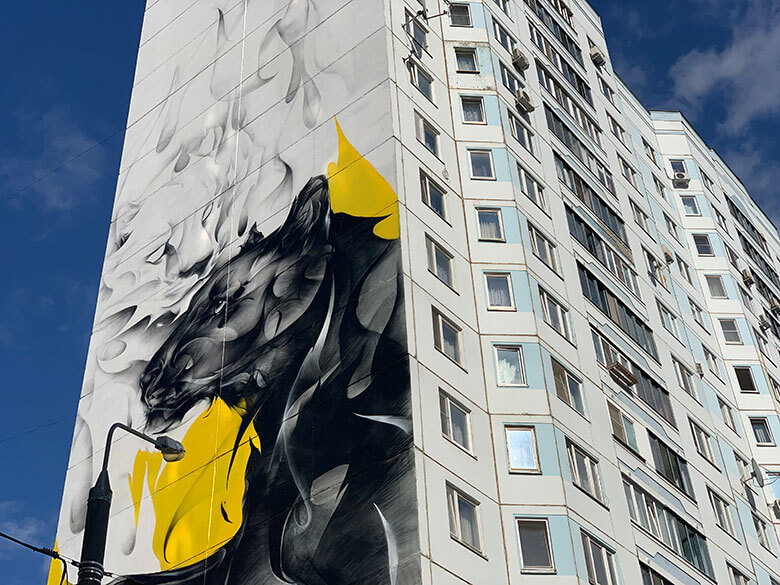 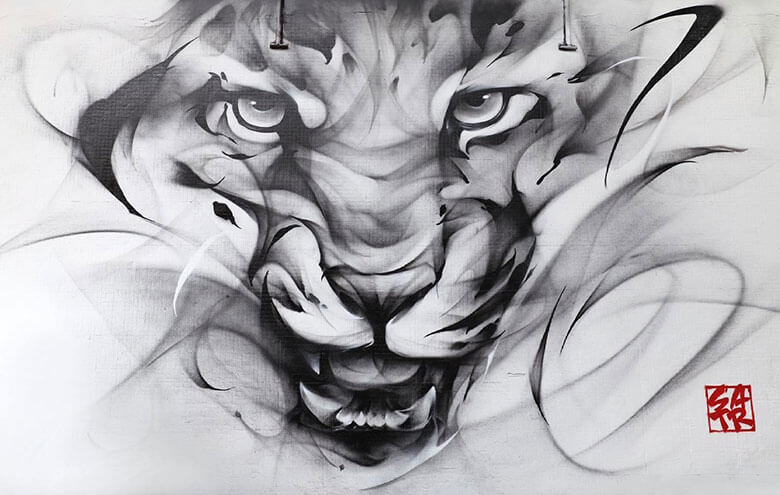 The natural world is obviously a massive influence on you, and its preservation is fundamental for us at Montana Colors. Are you taking steps to reduce your impact on the planet? What do you think can be done in the art community to help?
I love animals, especially big cats. I think animals are very precious in nature. I continue to paint animals and hope that everyone can feel the emotions of animals and have the determination to protect them. When more people like animals, the situation of hunting and the disappearance extinction of species may improve.
I think what the art community can do is to express the protection of the earth or natural species from the content of its own creation. Of course, there is no need to paint these themes in every work, as long as each artist has one more piece that conveys this concept, that will help. 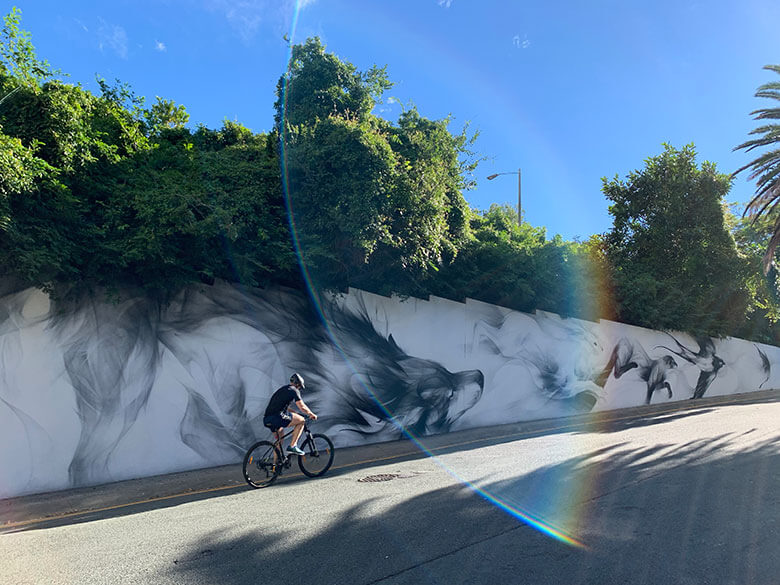 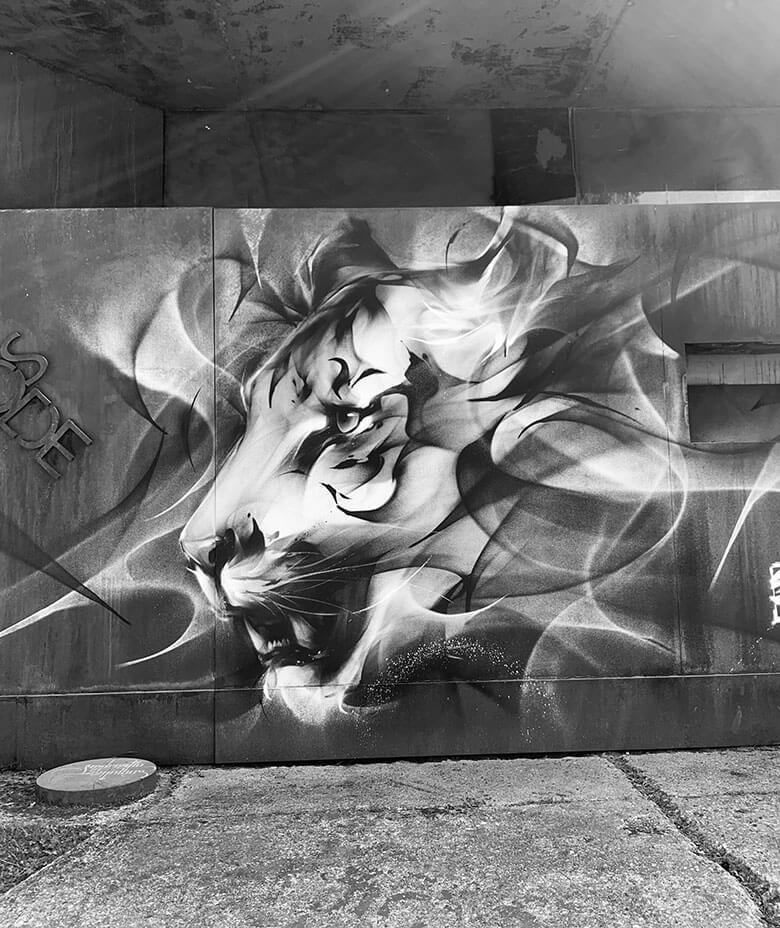 You’ve been able to travel quite a lot thanks to your art, to some of the world’s foremost mural festivals. Can you describe a particularly memorable experience?
Every art festival is very unforgettable for me, not only what the impact of the new environment brings to me, but also because of the new friends I’ve met! One of the most unforgettable things is that I’ve painted was in France at the Peinture Fraiche festival. In addition to graffiti activities, there was a graffiti exhibition. School teachers took the pupils to observe. This unexpected discovery made me discover that the French are more enthusiastic about graffiti art than I’d imagined.
During the three days of my creation, there was always an audience behind me. When I finished signing my signature, the audience at the bottom all applauded spontaneously. The feeling was so indescribable, and I was really touched.
Which destinations are you looking forward to visit?
Los Angeles, I haven’t been to the United States. I heard that Los Angeles is now a place where many graffiti artists gather, and I would like to see the graffiti culture in North America. 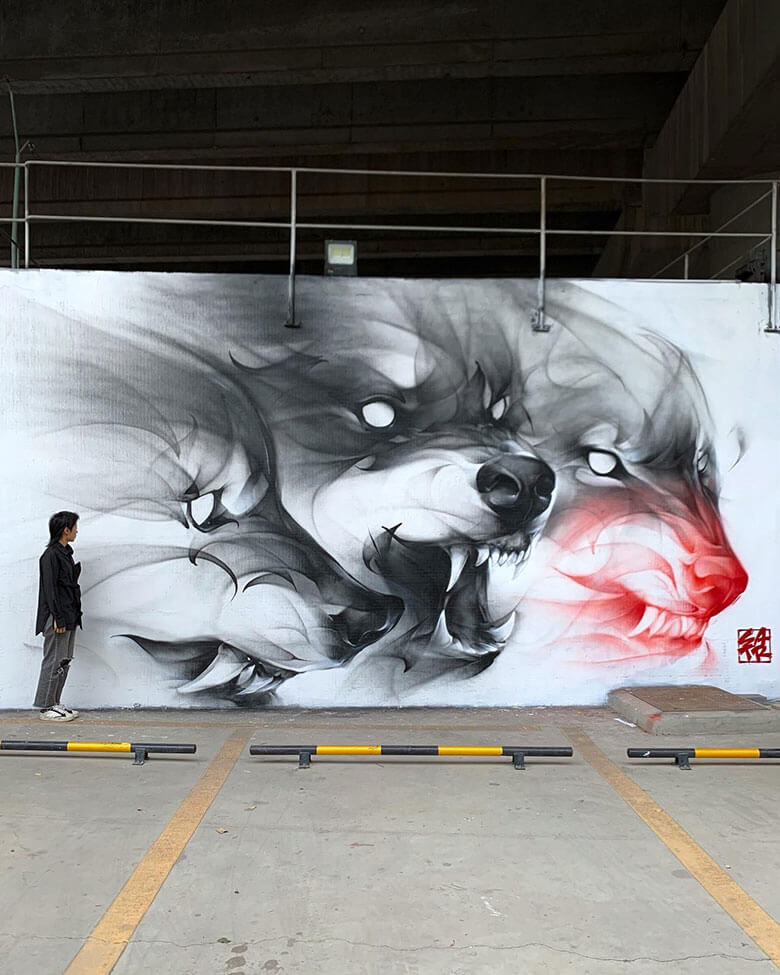 For writers thinking of taking a trip to China, have you got any recommendations? Cool places to paint, see graffiti or check out galleries and parties?
Hong Kong and Shanghai are the places where China’s exhibitions are concentrated, and more parties are held. I also recommend that you come to Guangzhou, where there is very delicious food and Cantonese culture! And my friends and I have a graffiti shop in Guangzhou, called SOUR GRAFFITI ART STORE. There are a lot of murals and pieces near the shop, and there is an area where you can do graffiti freely. You’re welcome to come at any time.

Last month we celebrated #mtnwokemonth, when we were trying to focus some of our communication on social causes and inclusion. Our campaign also happens to coincide with Pride events worldwide. How do you think that brands should support the LGBTQI+ community?
It’s really great that MTN can support social activities, especially for the LGBTQI+ community, which needs to bring more awareness to more people. As for myself, maybe I would hope to co-sponsor artists to create themed works together at future annual Pride event? Or sponsor some artists painting LGBTQI + themed work? I think there are always many ways where we can contribute collectively. 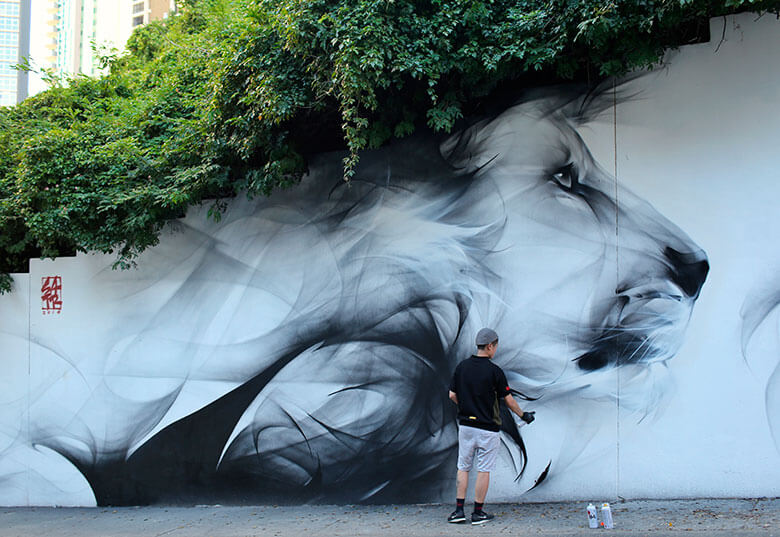