“I WANT TO CONVEY THE MOMENT, THE REAL FLAVOR” – THE PICK OF THE FLICKS BY KEVIN SCHULZBUS 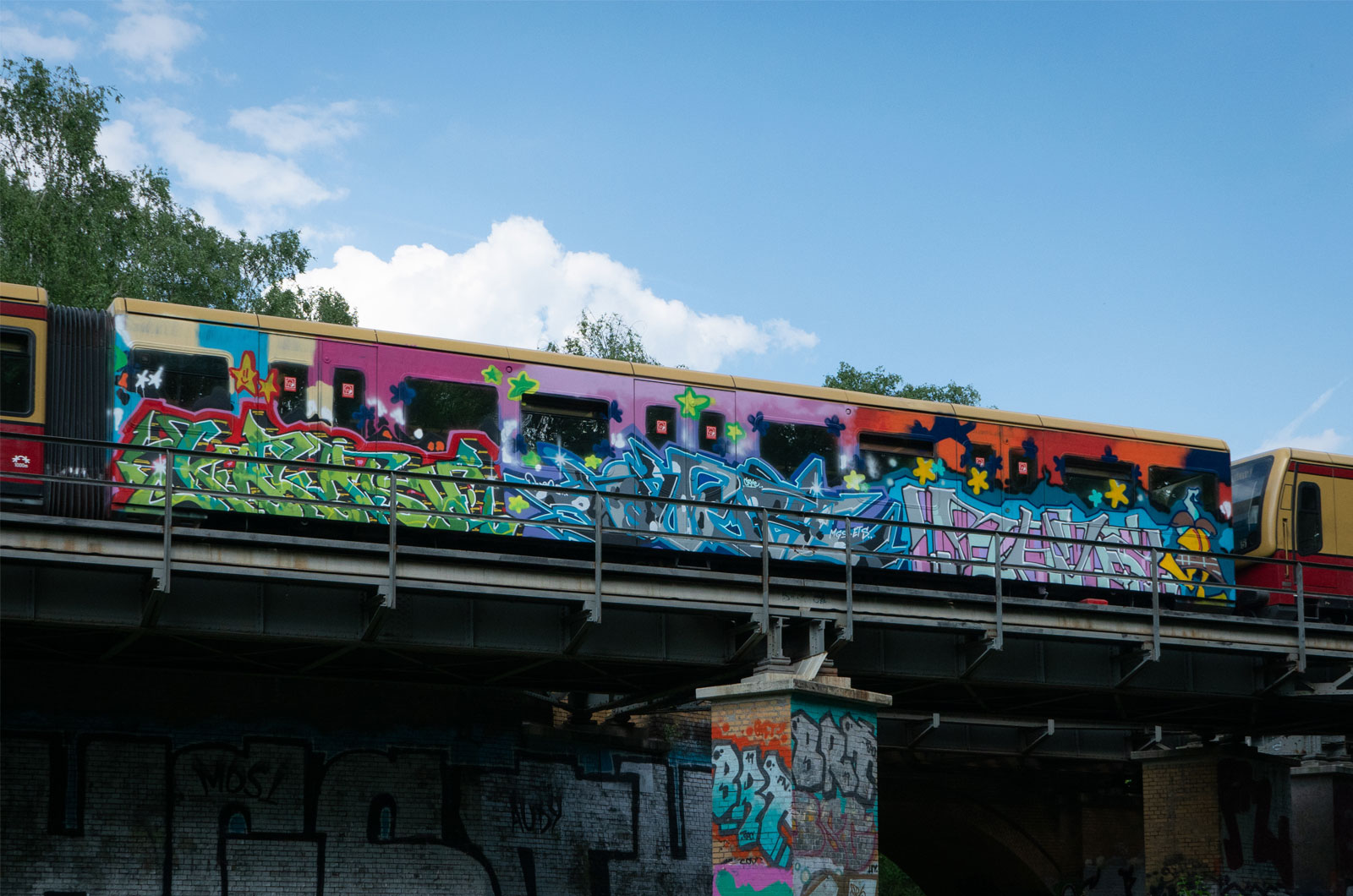 The Berlin veteran of graffiti documentary Kevin Schulzbus takes us on a tour of Berlin through a selection of his favourite snapshots
Berlin is a paradise for all kinds of graffiti. The emblematic “yellow submarine” metro system whose elevated tracks fly over Kreuzberg. The bold pieces that regularly show up in underground stations. The daring feats of crews like 1UP and Berlin Kidz visible from miles around. The digital masterpieces at walls of fame and naïve bombing in trendy neighborhoods.
The German capital really has it all, and it’s thanks to individuals like Kevin Schulzbus that the rest of the world can appreciate the art and the atmosphere from all angles.
With a career spanning several decades under his belt, we got in touch with Kevin to talk about life behind the lens. 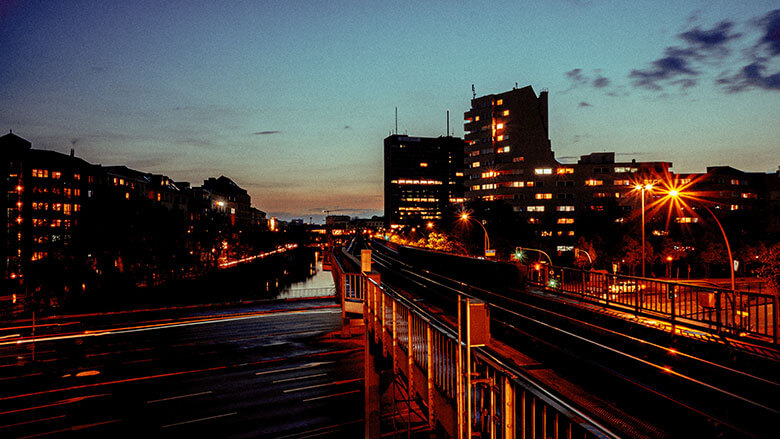 We’ve followed your documentary of Berlin since the days of Tumblr. Can you tell us about your relationship with the city?
If you were on Tumblr. then you must have known me from streetfiles.org, without knowing it! There, as Health + and then as Vaio, I had the most photos online worldwide and was the admin on the site. What I did on Tumblr. was the result of the end of streetfiles.org and the beginning of Kevin Schulzbus.
I was born in Berlin. 100% original, hence the name. I grew up in Reinickendorf 51 and have been living in beautiful Wedding for 10 years now! I love Wedding. It’s still very original but not as crowded as Neukölln, for example. In Berlin I’m always surprised by the variety of places. In one day you can experience everything that is interesting to see in Berlin, you just have to know the right people!

‘I’ve found it annoying lately to call myself a spotter. Yes, I take pictures of painted trains, but for me it’s about the general feeling, the experience when the train arrives and there is a great panel on it.’ 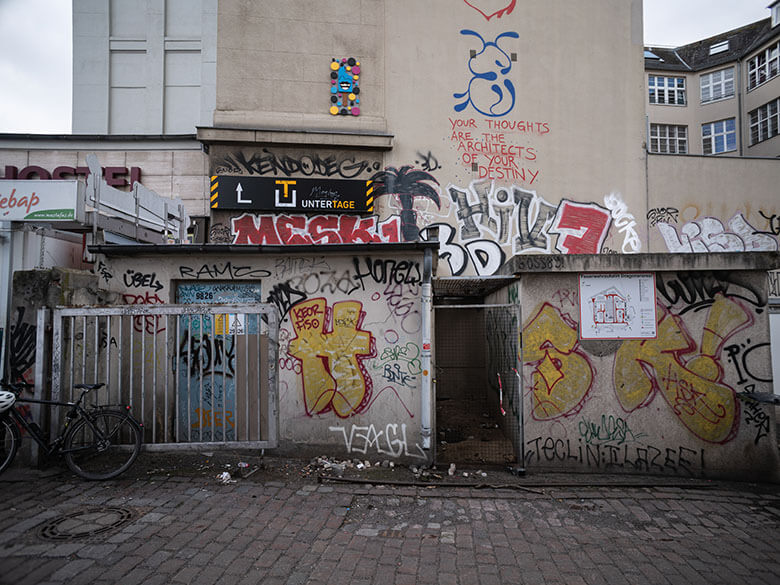 Here’s a picture showing various styles and names associated with Berlin. Where was this picture taken?
The picture was taken in a driveway to a backyard in Kreuzberg, right at the Mehringdamm subway station where there’s an over-hyped kebab shop that I don’t want to advertise here!
I took this photo on specifically to be used as a comparison in one of my upcoming books. I took a photo of the same place 10 years ago and it shows the change.
The individual tags aren’t so important to me, here it was about the overall impression. 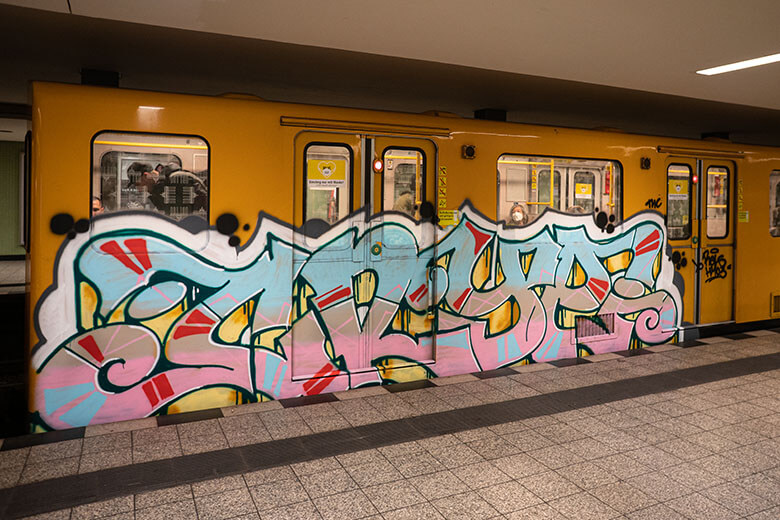 The figure of the “bencher” or “spotter” has been around since the first days of train graffiti, and is essential to document the ephemeral nature of style writing on rolling stock. You must have seen a lot of graffiti on trains over the years.
I’ve found it annoying lately to call myself a spotter. Yes, I take pictures of painted trains, but for me it’s about the general feeling, the experience when the train arrives and there is a great panel on it. This is sometimes hard to show in a photo, which is why I co-produced the video series “Was Fahre” for berlin-graffiti.de and then produced my own series “Autumn Vibes” and more recently “Citylife Berlin,” to capture this feeling exactly and bring it closer to the viewer.
I think I can say that in over 15 years of photography I’ve seen everything there is in Berlin graffiti, that’s why I’m currently moving away from that subject and concentrating on photos that give me more personally.

Do you think train graffiti deserves more respect than other ways of getting up? Or do train writers take big risks without much in return?
Train writers are their own breed. But they get just as much respect from me as a painter who does street bombing or a cool style piece.
By taking pictures of the subway, you involuntarily explore the tunnel system of Berlin. I preferred to do this in the company to catch the flavor of passing trains.
There are so many beautiful tunnels in Berlin that I have often visited to just chill there and not necessarily have to take a photo. Sometimes I just enjoy the atmosphere. 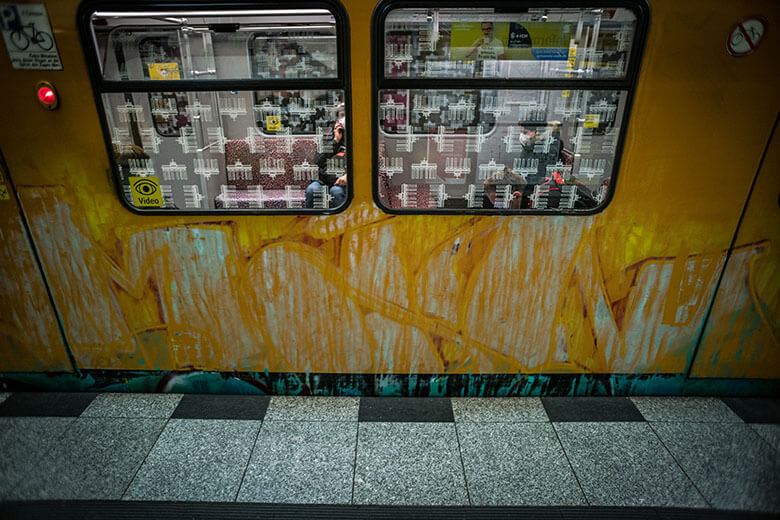 The ghost of a panel. What is the current policy of buffing trains in Berlin? How about the streets?
I still don’t get what the BVG concept in Berlin is. Why would you let these “ghost trains” run, why do some panels run for weeks, whilst others go straight to the buff? I never understood it. You’d have to ask the BVG what kind of game they’re playing over there.

Is Berlin’s society more tolerant of graffiti than other countries? Or is it simply down to a lack of funds to quickly eradicate graffiti?
I don’t think that the society in Berlin is better. The people here are simply more jaded, everyone just looks at their cell phone anyway, they shouldn’t get upset if they can’t see out the window. 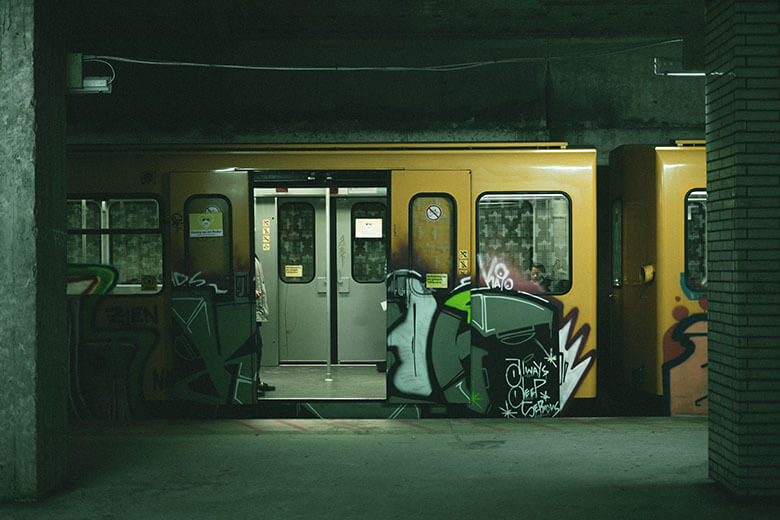 ‘Even though I’ve recently started again with analog photography, I still think it’s overrated. If I want to take a photo that I can be satisfied with, then I can’t afford the random factor that exists in analog photography.’

This is an example of the art of photography “remixing” graffiti. What’s the story behind this picture?
No, this is not an attempt to “remix” graffiti. Even when people look at the picture and want to question the intention of the photographer. Unfortunately I have to disappoint you! I just took a picture of a train where the doors happened to be open! No more. But it happens quite often that people ask me about things that they see in the photo that I didn’t even notice before, like this one now. The last letter overlaps when the door is opened and still fits somehow.

How much of your own personality do you like to include in your shots?
I don’t want to include my personality in my photos, rather a personal touch, as mentioned above, I want to convey the moment, the real flavor.

Analog photography makes a big difference to how people take pictures. What do you like about the traditional way of capturing images?
Even though I’ve recently started again with analog photography, I still think it’s overrated. If I want to take a photo that I can be satisfied with, then I can’t afford the random factor that exists in analog photography. Besides, it’s too expensive for me. If the moment allows, I’ll take an analog photo, but that will never be my main focus. 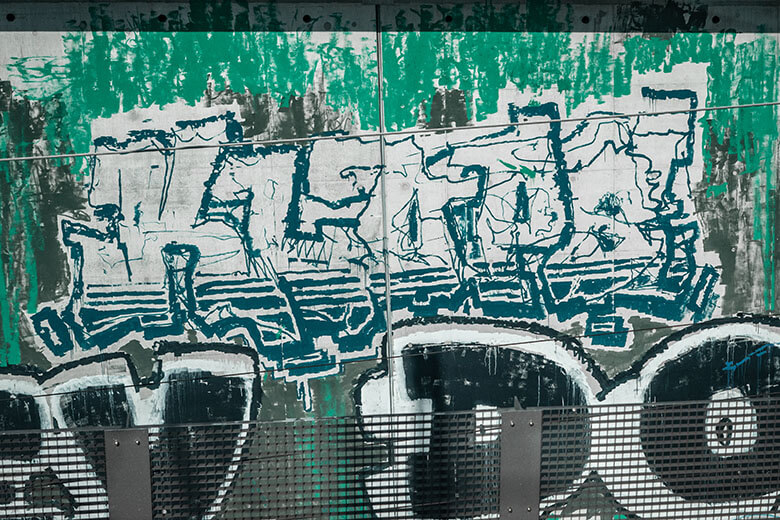 Here’s a piece we could associate with some strains of Berlin graffiti. Do you have a preference between neat and well-produced graffiti and rough, expressive styles like this one pictured?
I think I have to explain again what exactly I am doing, from my point of view. I am not the classic photographer, nor do I just document graffiti. I see something, no matter what – a place, a ship, a light reflection, a tunnel, a graffiti or a person. It’s all the same for me because I see it and I would like to convey everything I see in the form of photos and videos.
I don’t think anything about the photos or want to represent something. It’s all about the moment I want to capture. What I saw in a photo. No more. What exactly can be seen in the photo is basically a coincidence. So something different every day. It just depends on what I did that day.
It’s the same with post-processing of the photos. It’s a little different every day because my mood also influences the post-production. I’m one with the camera and the moment, so to speak. It’s a symbiosis. And what you see here is a classic, painted piece by KLOPS. That’s all.

Who are the most interesting writers in the city, in your opinion?
The most interesting writer for me at the moment in Berlin is SPAIR. He has painted all the illegal places in Berlin. He reinvents himself again and again and changes his name in the process. Whether in chrome or colors, tags or pieces, throw-ups or bombing and also many trains. He simply masters every class of graffiti and is 98% illegal and all-city. 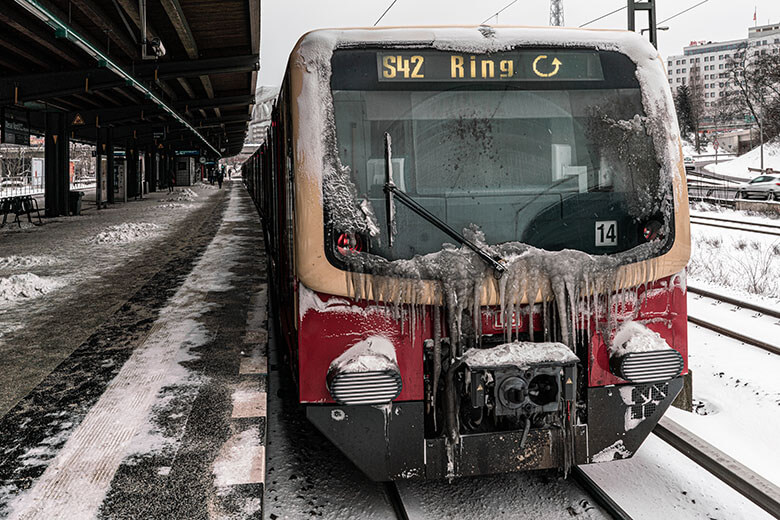 The conditions to paint or take photographs in Berlin are not always ideal. How do you prepare to go out in the winter months?
If you are a writer or a photographer to the core, then the weather doesn’t matter. Yes, winter can be tough, as you can see in this photo. But you just have to be harder and push through your mission. Because nothing comes from nothing.
Others can sit around at home and watch TV. You harden yourself over the years. Whether it’s 37 degrees in the sun or -20 degrees in winter, the only thing that matters is the life in the camera battery! Take at least three batteries with you and carry them directly on your body so that they stay nice and warm. And drink enough water in summer! But who am I to tell you this, you’re already grown up. 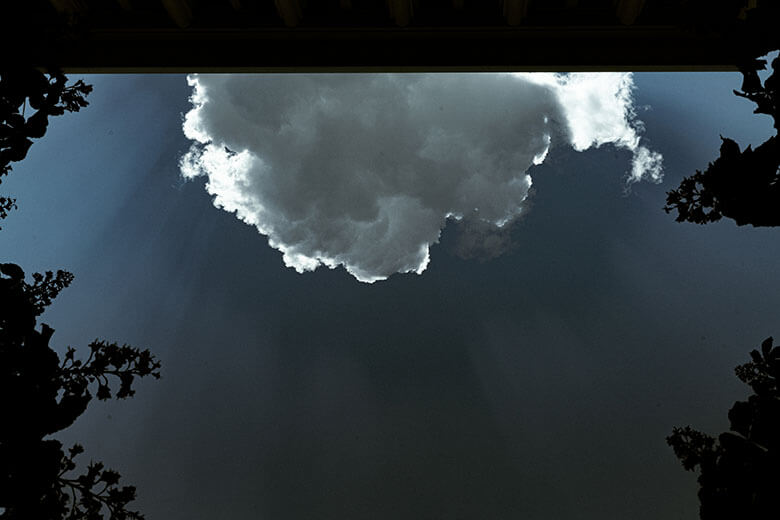 It’s clear that your passion for photography goes beyond capturing panels and street bombing. Are you moving away from graffiti documentation as you grow older? How has your practice changed over the last few years?
Because of the years of documentation of graffiti in Berlin, I’m slowly getting bored of it. There are few things that still impress me in the field of graffiti. In addition, I personally don’t profit from taking a photo of graffiti. Usually only the people who later see the photo on the internet benefit from it.
I would like to develop myself further and focus on something else in photography. There is so much more to discover out there. Graffiti has shown and taught me a lot, but now I’ve gotten older and I want to appear more professional, so it’s not really cool to say that at my age you still drive around to take pictures of painted subways.
Of course, I will always do that when I happen to see something and the panel is right, but I won’t spend hours and days sitting and waiting for a painted train to come.

Follow Kevin’s publications and latest news on his Instagram.
This article forms part of the #mtnphotographymonth at Montana Colors. Use the hashtag to find all our content related to graffiti and street art photography.