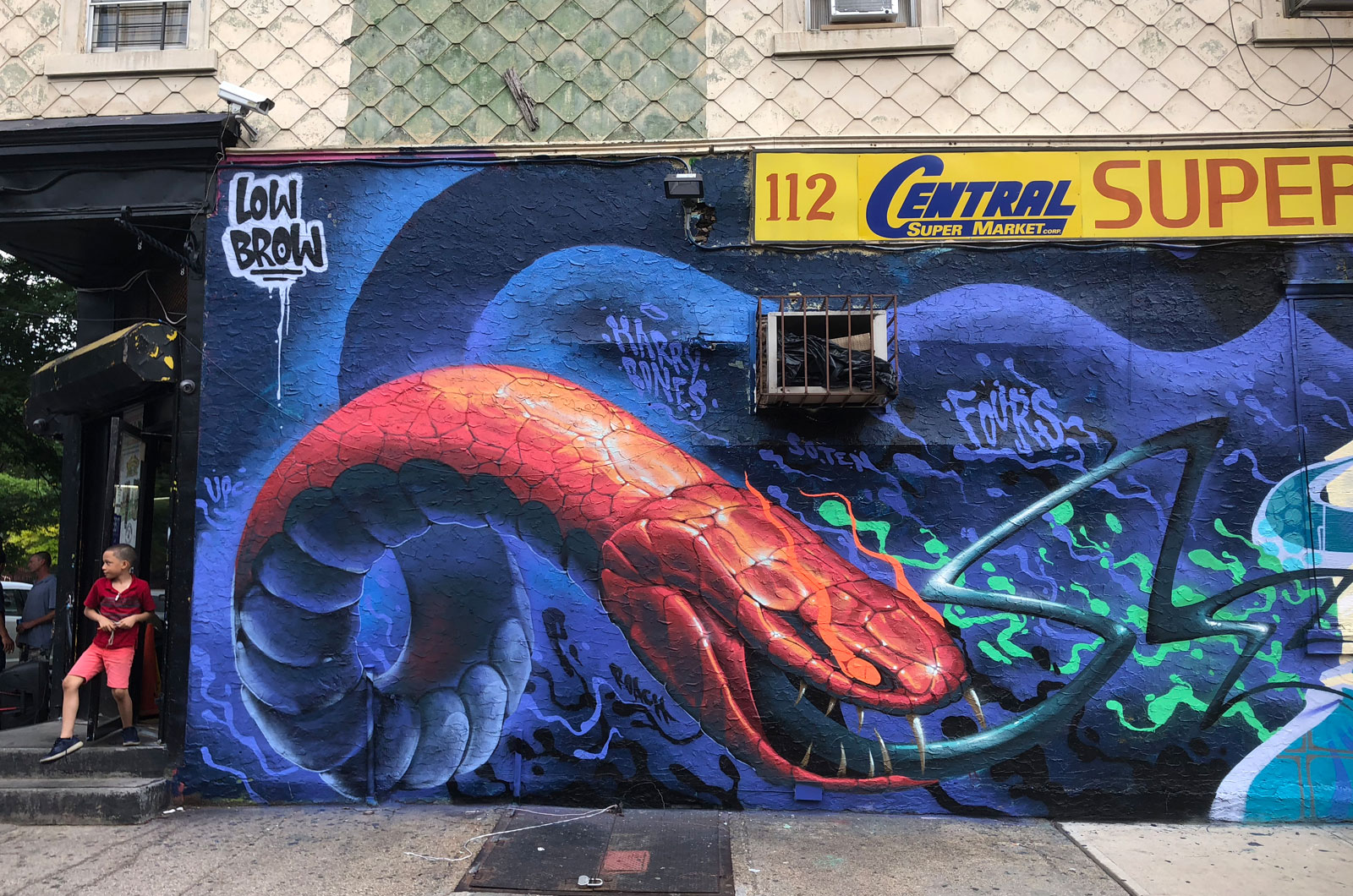 Horror, science fiction and graffiti come together this month at the 54th Sitges Film Festival  thanks to the 3rd edition of the Fantastic Street Art section held at the port of the Catalan town. For the first time, the traditional format is expanded to incorporate a competition and exhibition.
Among the artists who worked the walls of the port we find names as recognized as David L, Hen, Foner, Ansya and Yubia, Yokos and Norte. But today we want to focus on the work of HarryBones, graffiti artist and writer whose range of characters fits perfectly with to the theme of the festival.

We asked the  Catalan artist to select some of his favorite characters and tell us what makes them so intriguing. 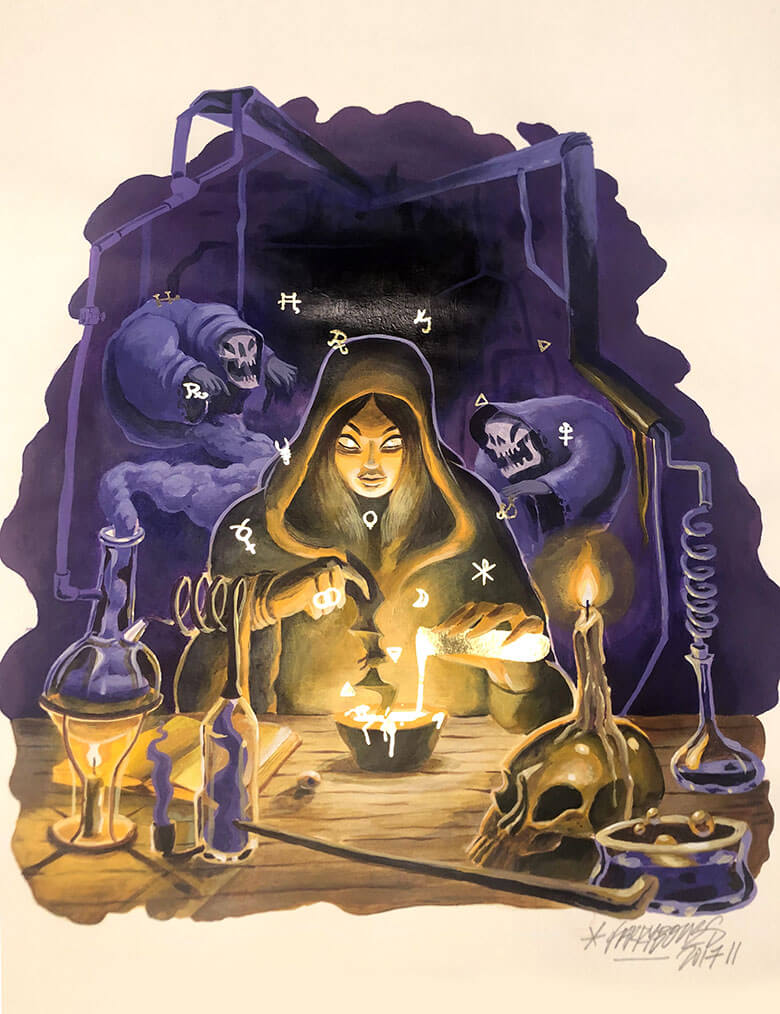 Alchemy:
With this illustration I was looking for the composition to be reminiscent of the images we can find in engravings from spell books, something that upon seeing it would immediately suggest forbidden magic, alchemy and the search for the philosopher’s stone. 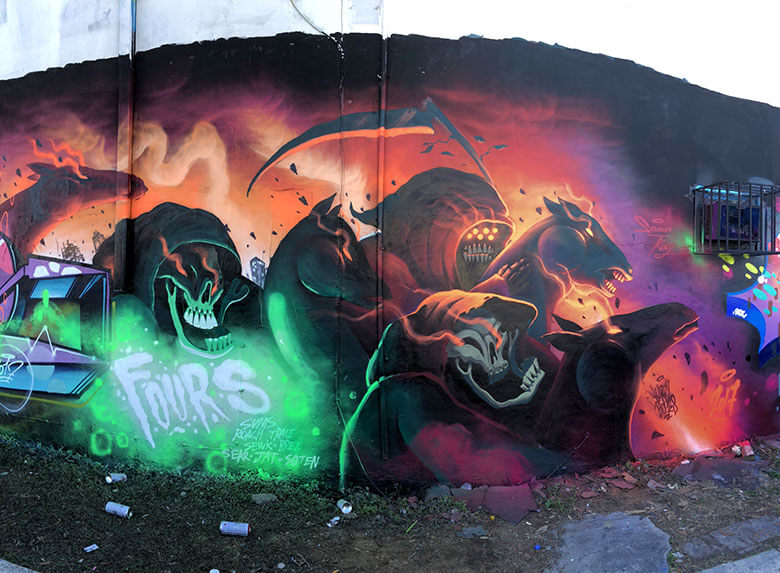 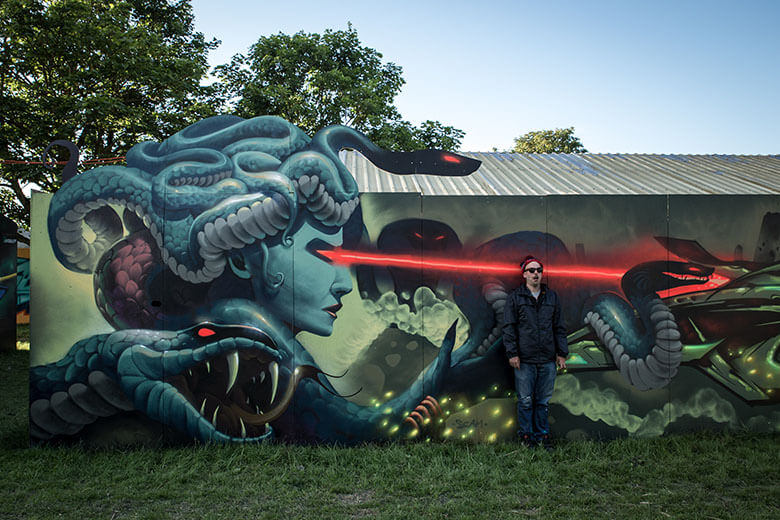 Medusa:
I have always been very interested in folk legends and ancient mythology, in this particular case Medusa. She has always seemed to me a very powerful mythological character visually, very enigmatic and terrifying because of her power to turn whoever looked into her eyes into stone. 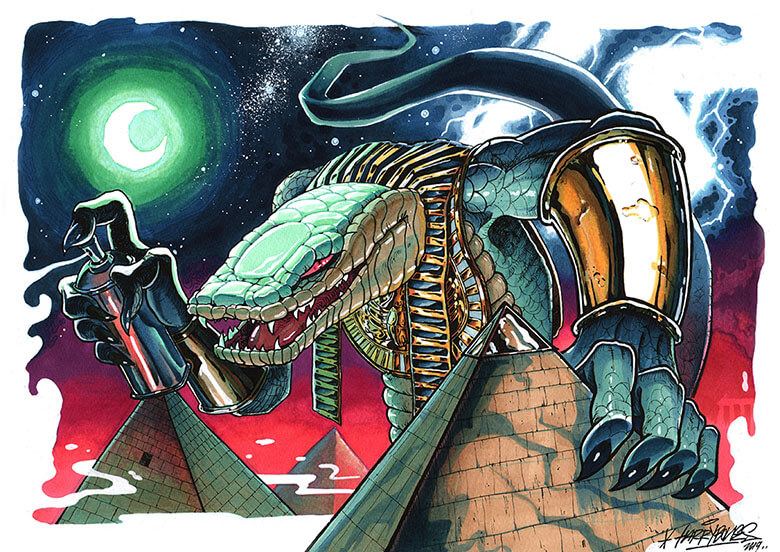 Ancient Gods:
In this illustration I am working again with themes that interest me, mythology, history and magic. It depicts Anunakis, Egypt and the concept of rebirth through invocation. 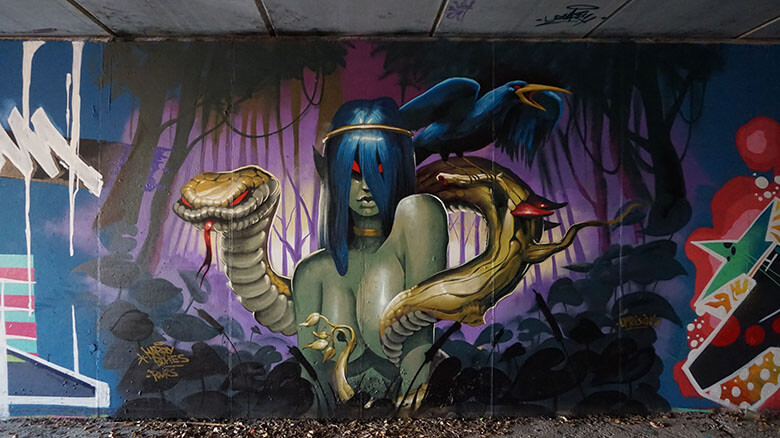 Shaman:
On this wall, I mix the beauty of a woman with her powers as a shaman, the skin-walkers and the hidden power of nature. I like the beauty of what most would consider dark. 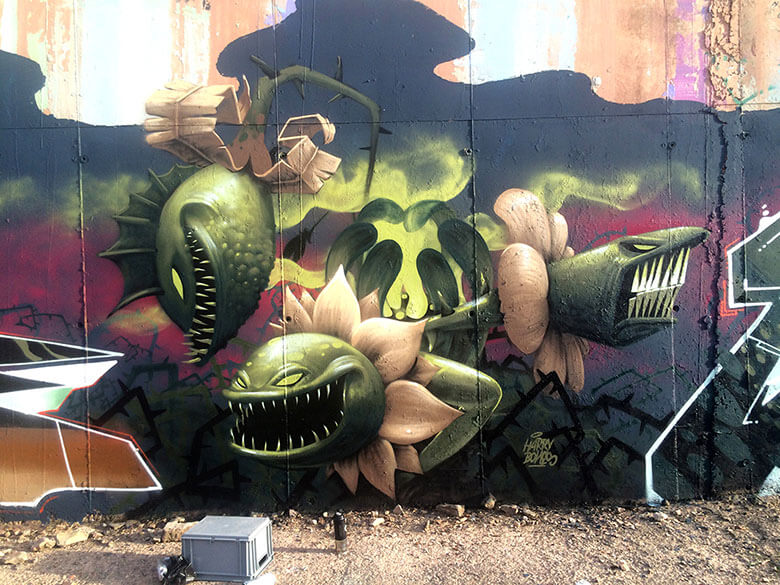 Carnivorous Plants:
In this mural I play with the concepts of the power of nature and poisonous mutations. Again, I like to put a twist on subjects that I think can be sometimes treated superficially, ie: in nature it’s not always all pretty. 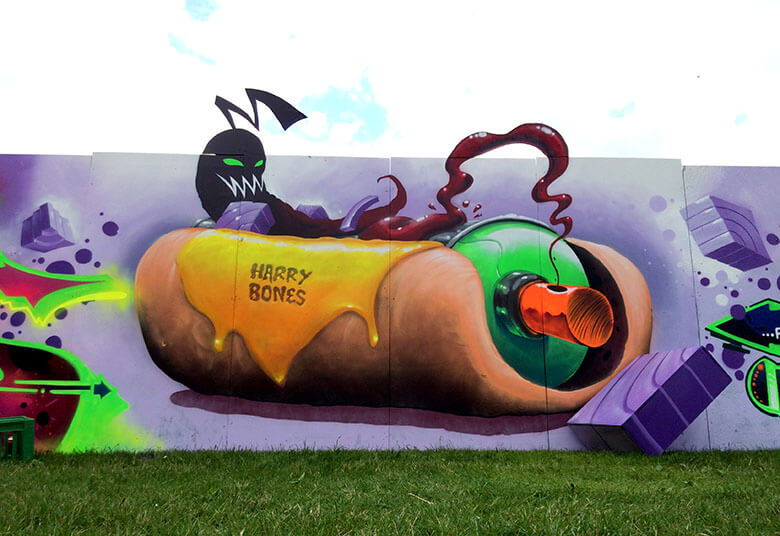 Evil Hotdog:
I painted this mural in Roskilde with my friend Scan and Musa71. We had been at the festival for a few days, and I wanted to make a little nod to that fast food as something tasty but at the same time of dubious orig and quality like this spicy evil hotdog. 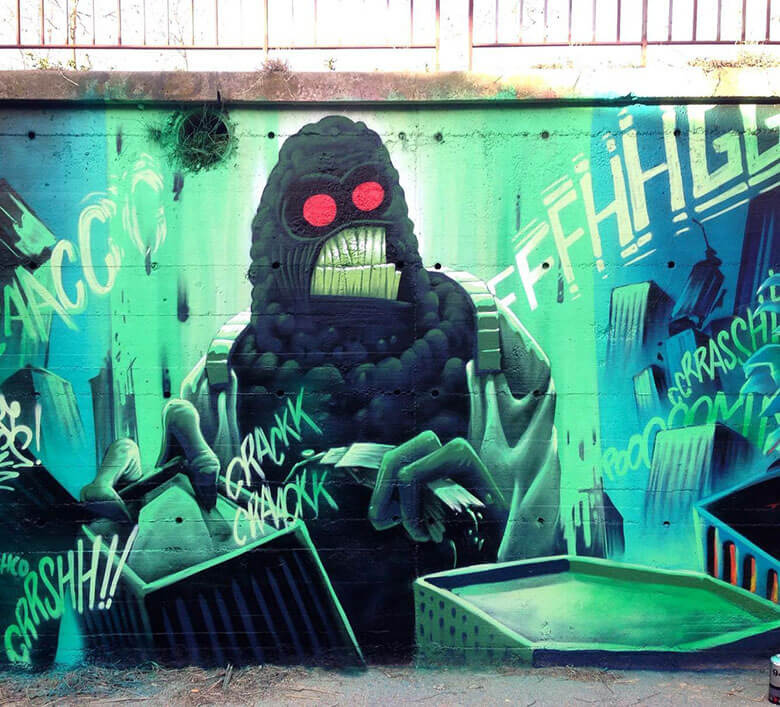 The Destroyer:
Playing with the idea “fuck the system”, tearing down walls etc, it occurred to me to mix it with the ancient giants and the children of the atomic age, and thus, make a parallel with people who do not fit into this system and somehow challenge and destroy the status quo. 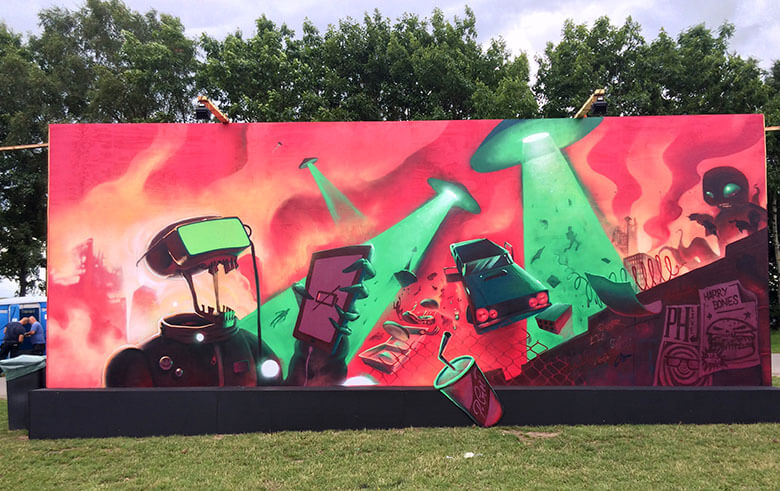 UFOs:
Another wall in Roskilde, in this case, I played with ideas about the end of the world, alien abduction, and the domination of cell phones over society. 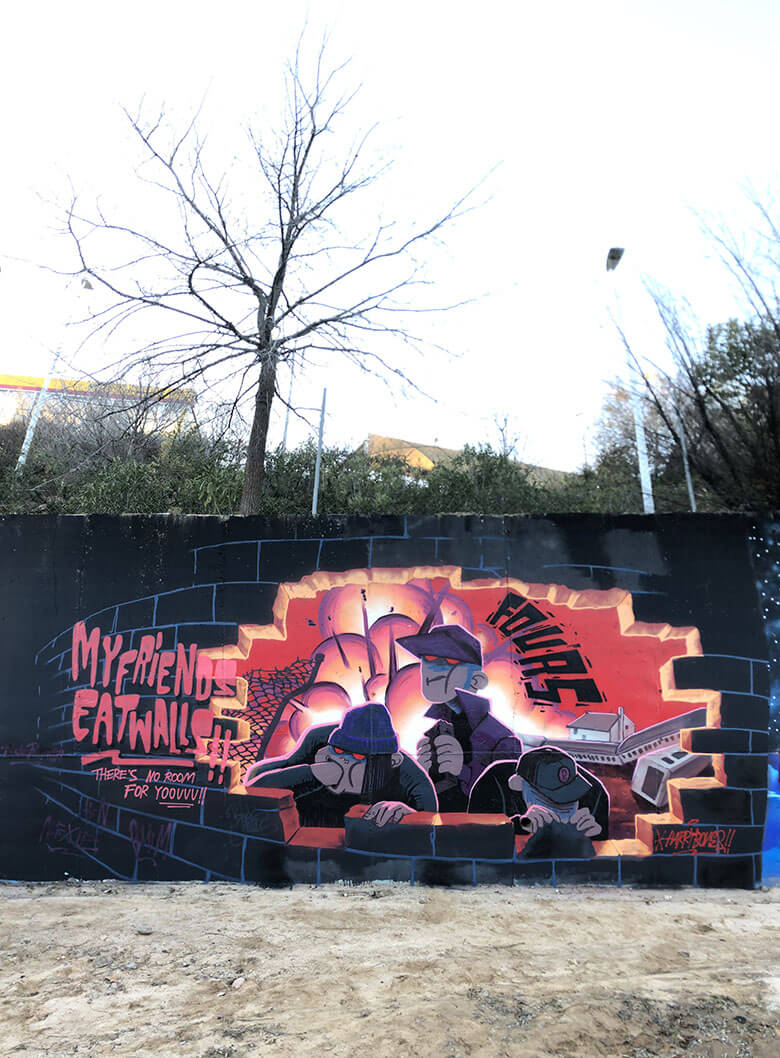 My friends eat walls and there’s no room for you:
The sentence is from my friend Hen. Here it was about reflecting the fight between graffiti writers and street artist, the old battle between writers and the world, trains, toys etc… 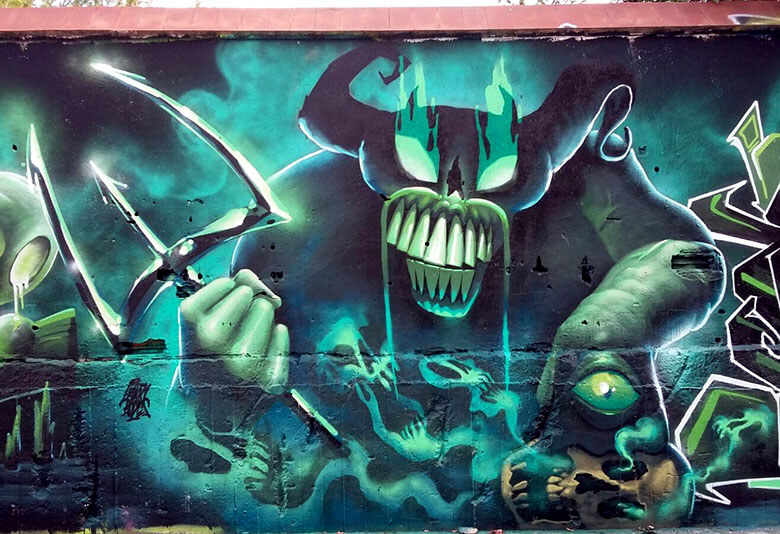 Soul Eater:
The character represented on this wall is a Soul Eater, he is all about punishment and black magic. 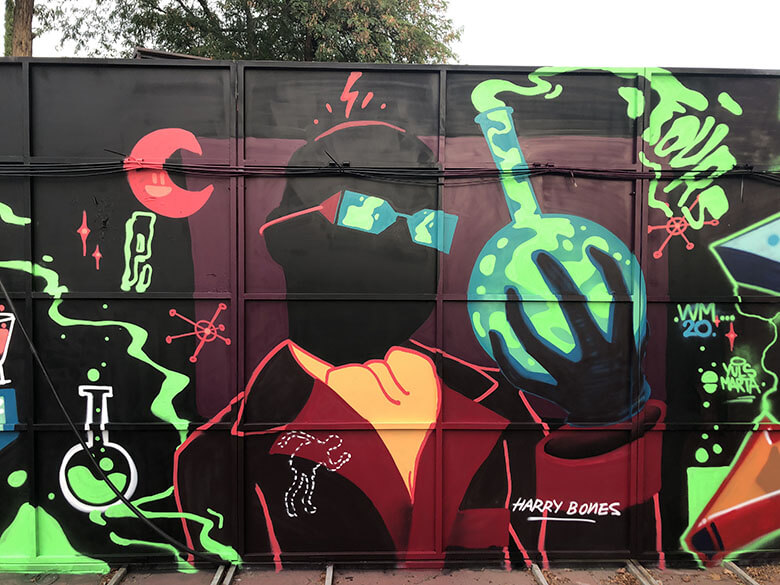 Mad Scientist:
This time I wanted to make a tribute to classic science fiction movies. The invisible man, a mad scientist, a modern alchemist achieves his purpose but he has to pay the price, his sanity. 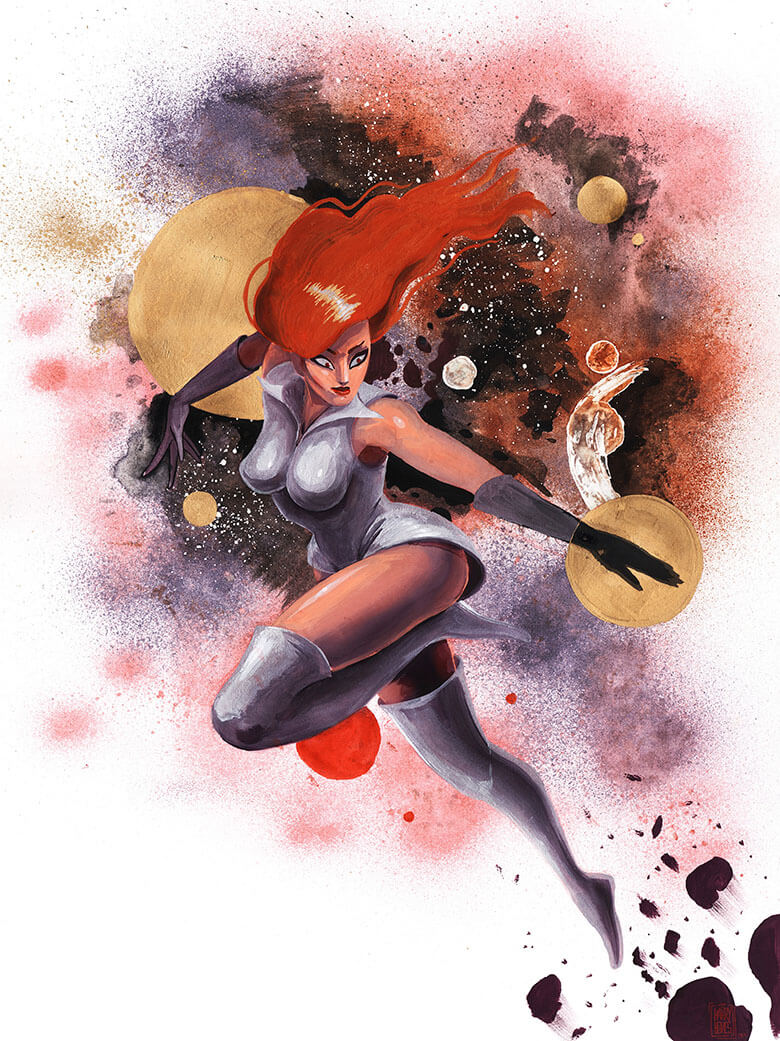 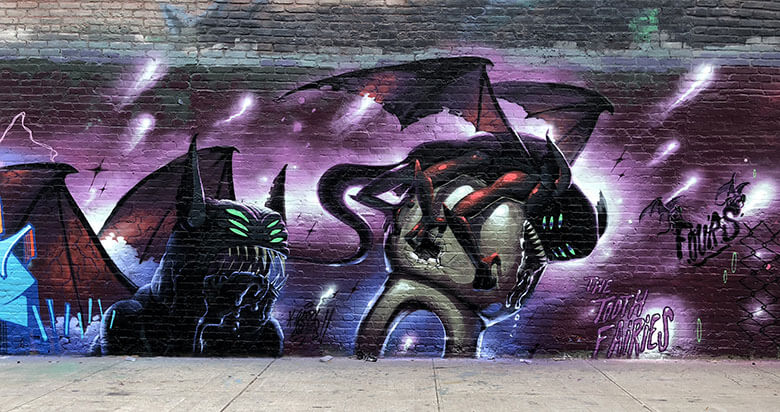 Tooth fairies:
I painted this wall in Brooklyn with the Fours. Again, I wanted to go back to the origin of some of our beliefs as a society, and show  how it was before society infantilized mythology to make it more friendly. Mythology is dark and much more interesting.

Follow MTN publications under the #mtnfantasymonth on our networks and discover a new window to the dark side.

FIRE AT WILL: LIGAS