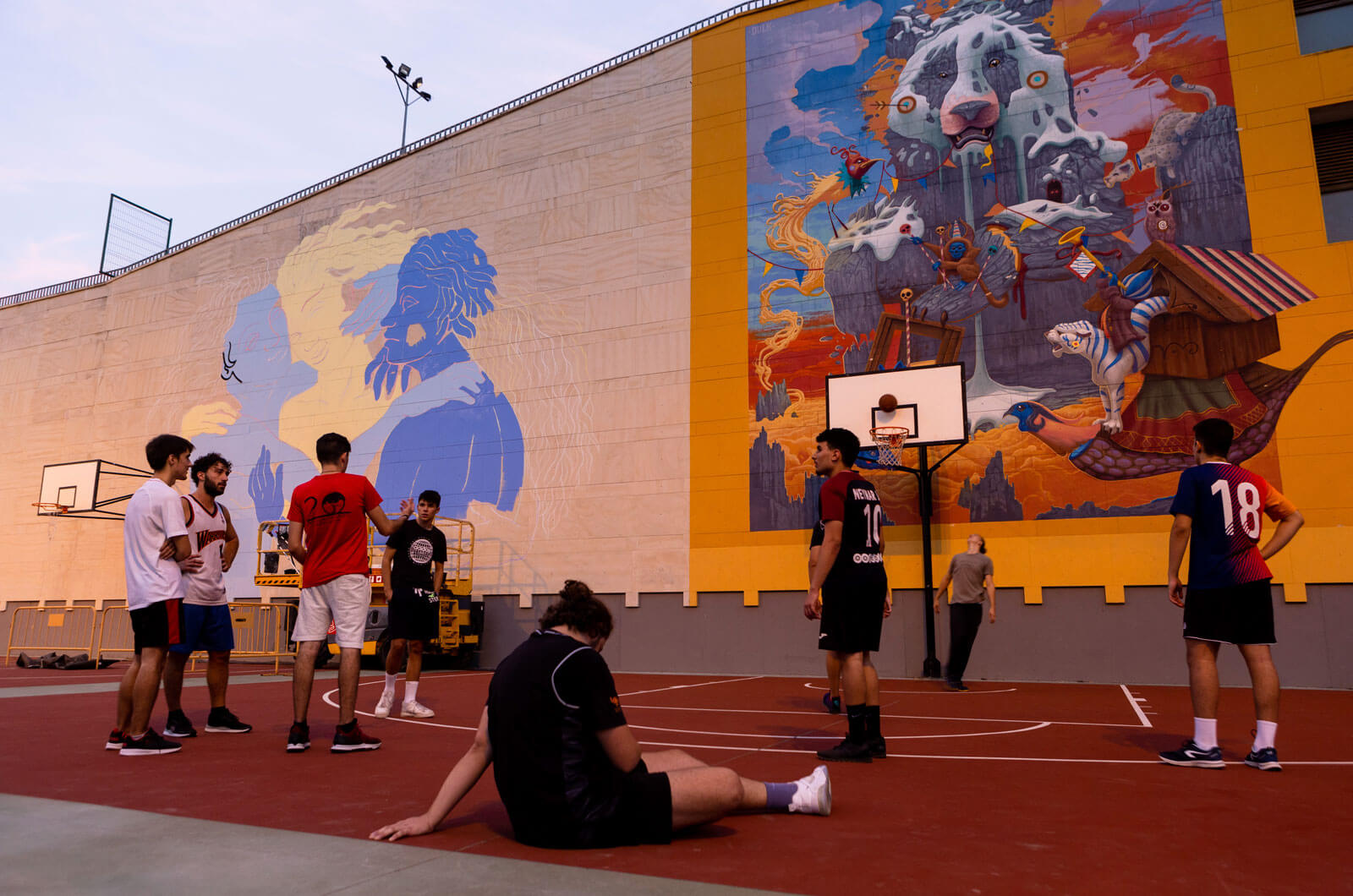 For the third year straight, Alicante’s city of bridges, Alcoy, hosted Urban Skills: a festival that brought together artists Aryz, Gracia De Juan, Laguna626, Musa71 and Roice183.
MTN World made the trip town the coast to speak with organizers and participating artists about the experience.

The origins of the festival can be traced back to the first graffiti jams that took place in the city in the 90’s, when a teenage Kaniz – organizer and promoter of Urban Skills – went to see the famous writers of the region, like Loco 13, Tom Rock, Rebel and many more. These encounters made a strong impression on him that led to the eventual creation of Urban Skills. 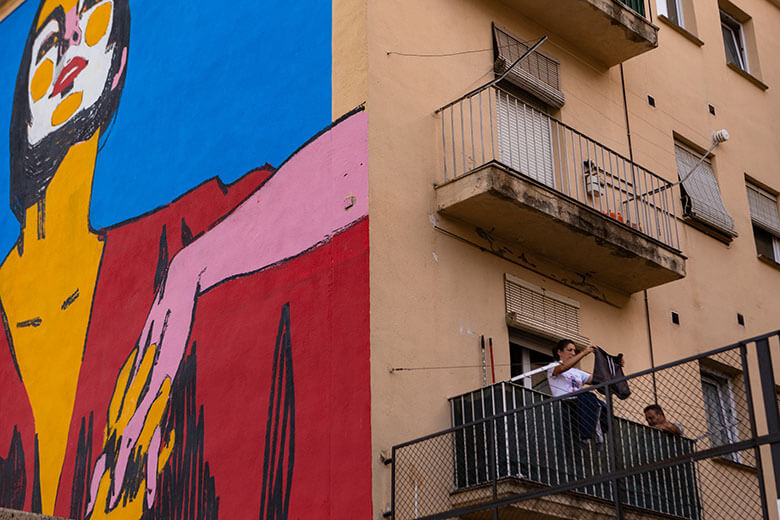 According to Kaniz: “In 2017 I felt ready to create my own project and it was a good time to make it happen. I was interested in going a little beyond the usual festival format that would last a couple of days at most. The idea was to make a contest with greater impact. It’s also true that many festivals had already popped up featuring large-format murals, together with La Tapia we were the pioneers in the province of Alicante.” 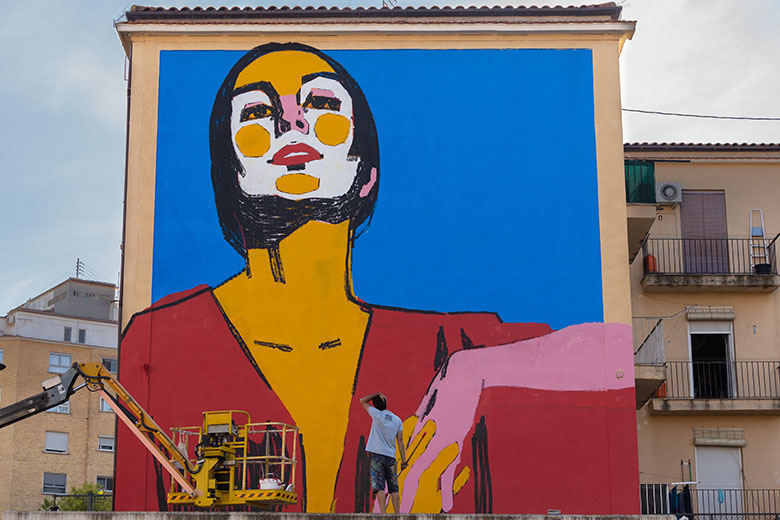 And the rest is history. Three editions are in the bag, each held with the aim of going further than simply producing murals, as Kaniz explains. “On the one hand, the festival is intended to show the general public part of the graffiti / urban art culture that has been adapted over the last few decades for exhibition in addition to other types of complementary activities such as workshops, video-projections, conferences and shows. It’s a good way to reach a wider audience.” 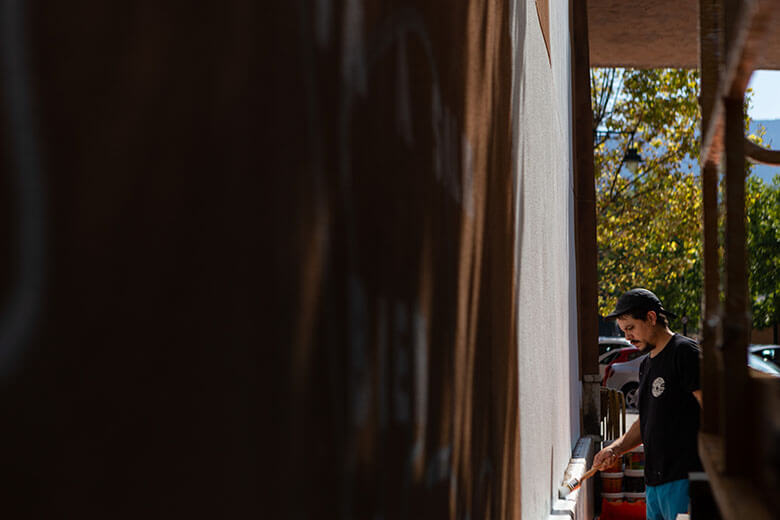 Regarding the criteria for selecting the artists, Kaniz says: “A selection is made to demonstrate a variety of aesthetic approaches. Since there are a limited number of spaces to paint, it’s important to have as varied a sample of pictorial languages ​​as possible with the highest possible artistic quality.” 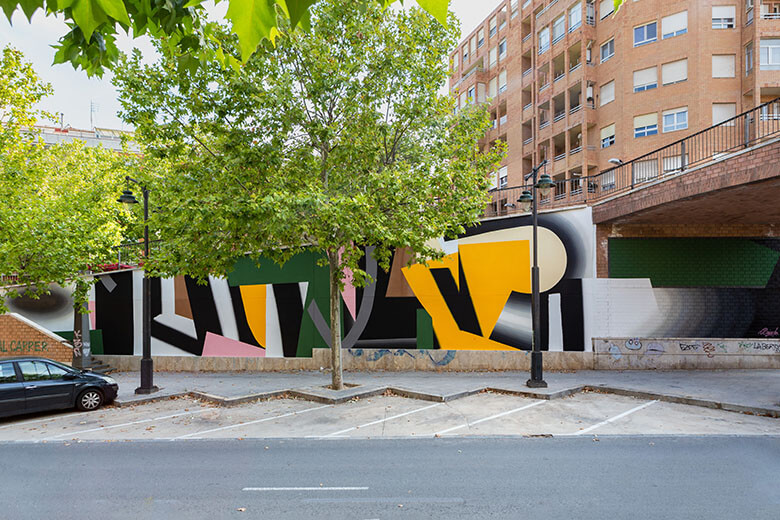 Laguna, one of the artists participating in this third edition, highlights the positive atmosphere that was shared both on the walls and among the artists, who exchanged experiences and impressions of urban art in general and this particular festival at the dining table. “When the work begins, the participants usually only see each other during breakfast and dinner. Thanks to the good vibes, both meals got longer every day.” 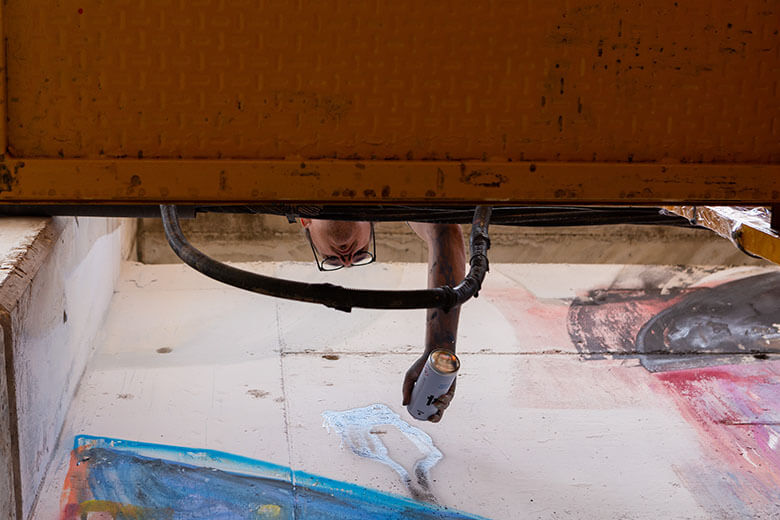 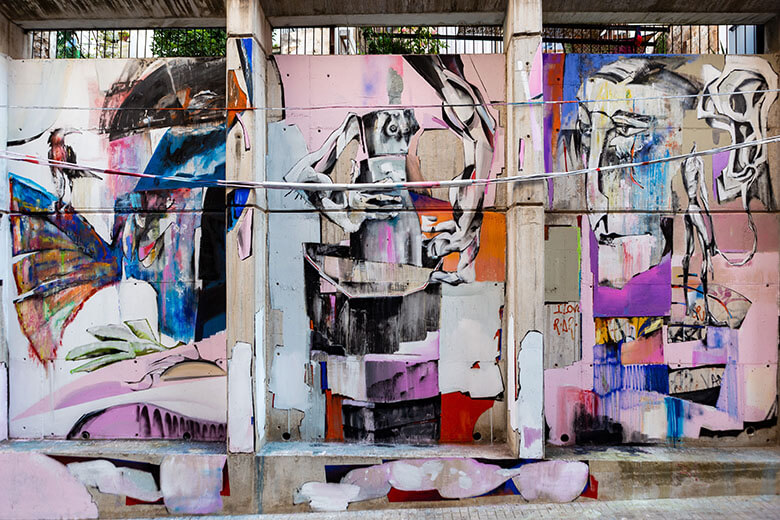 We should make a special mention of a panel discussion which formed part of the festival program, when the Barcelona Showdown book was presented and representatives of the Indague Association and the Breaking the Rules podcast spoke about the importance of research and data collection on the history of graffiti. 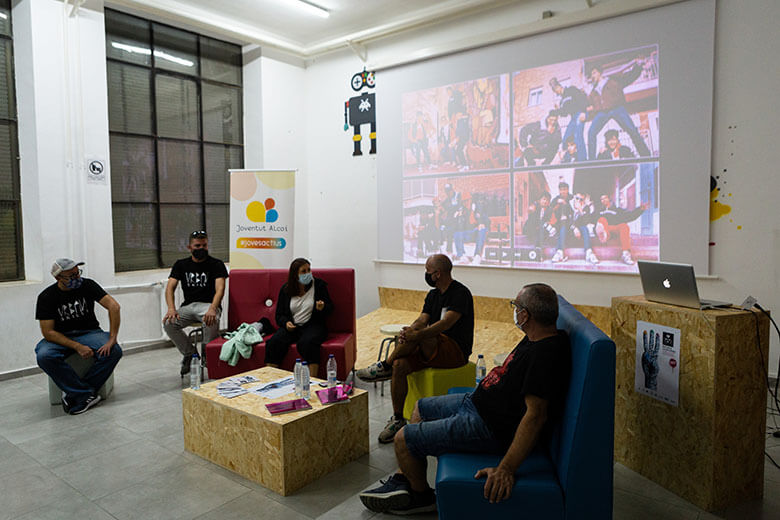 This year, an urban art route was inaugurated, comprising of a kind of open-air museum including all the murals that have been painted over the years. This new attraction represents a tourist and cultural dimension added to the landmarks of the historic town. Just like you’d find at a a traditional museum, the artwork is labelled and includes QR codes on each information plate scattered throughout the city, allowing visitors to access further visual material connected to the different murals as well as additional information about them, plus a map to be able to follow the tour of walls independently. 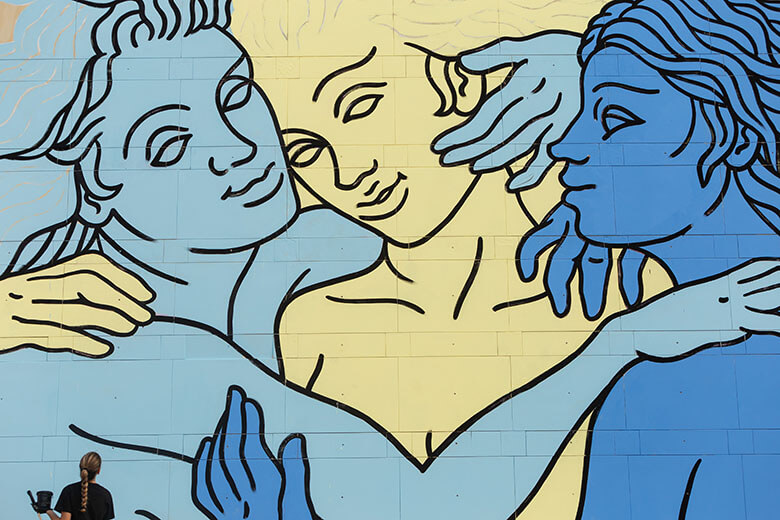 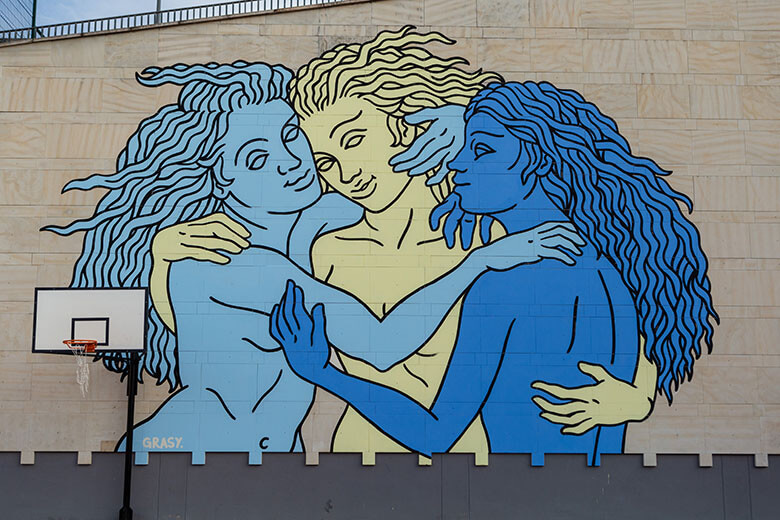 This festival was made possible thanks to María Baca and the Alcoy City Council, Zazy who contributed the soundtrack and designers Jordi Arques and Ebon. Montana Colors, Hecho Pinturas and Pastamanía sponsored the festival. 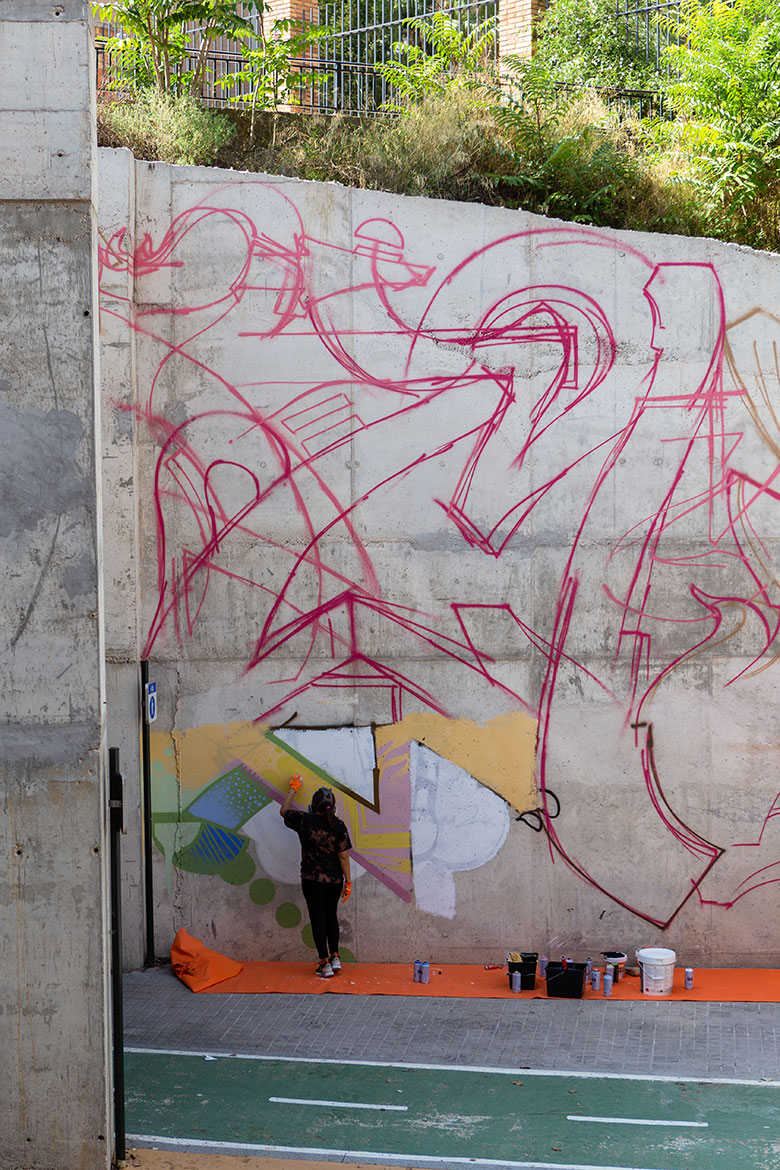 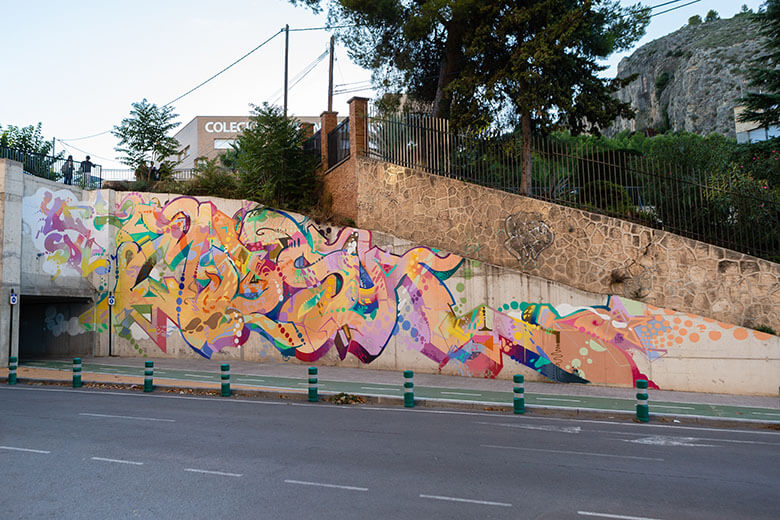 Montana Colors’ Culture department has been busy all year supporting graffiti and urban art events. Keep on top of all the latest via MTN News.