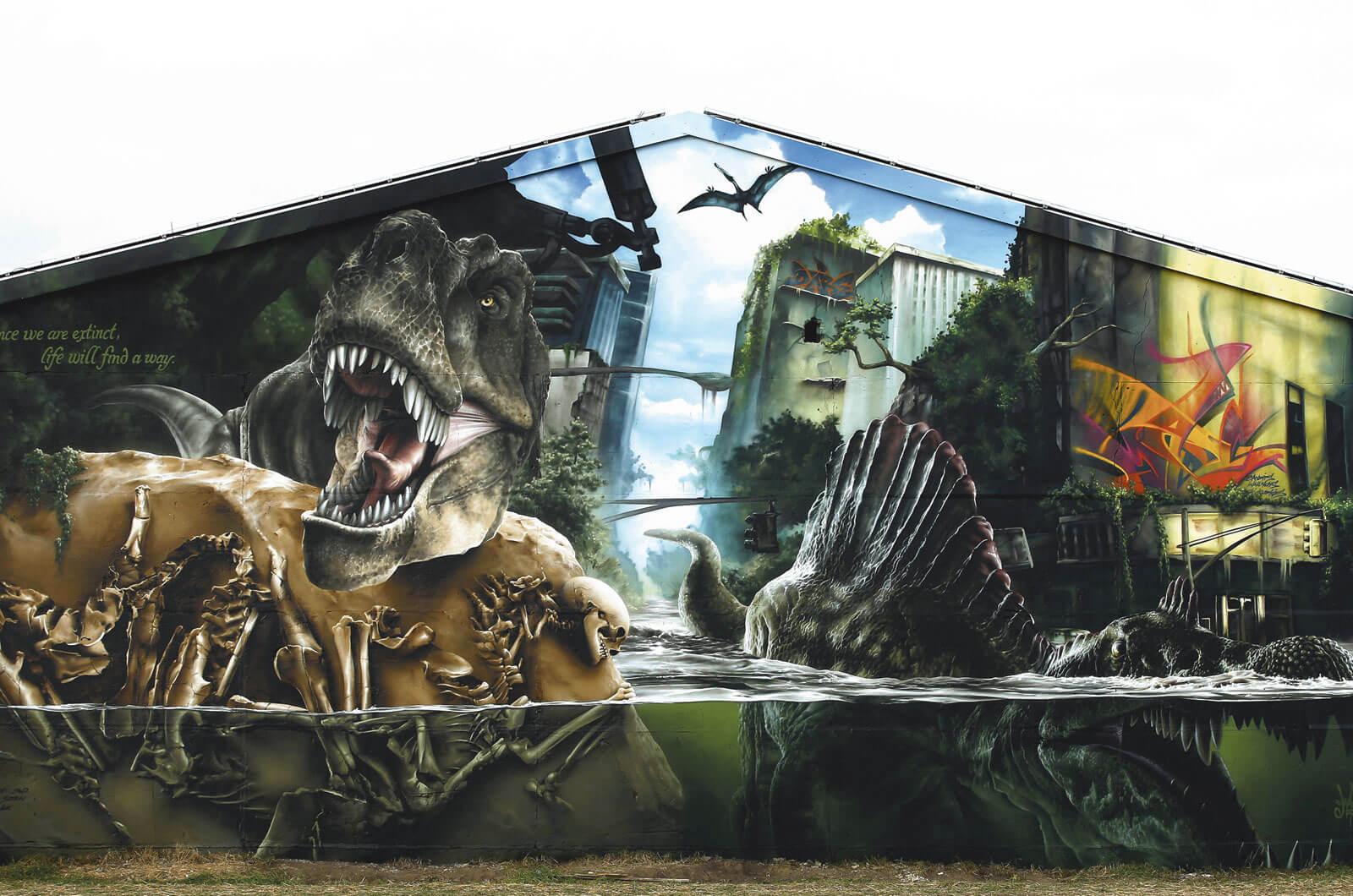 How do you paint a graffiti masterpiece? That’s the fundamental question that anyone that wants to start writing asks themselves. The knowledge you need in a street culture like graffiti, traditionally involves learning by yourself, painting on the streets and socializing with other writers over a period of years.

Eske Touborg has published an editorial work that condenses all this knowledge and facilitates this learning process: The Graffiti Bible. Over 352 pages, he includes lessons which take you from on the most fundamental aspects of graffiti to the most sophisticated. It also includes a series of interviews with some of the biggest names in international graffiti. MadC is one of them.

Today in MTN World, we publish an excerpt from the “Graffiti Bible”, which is now available on Publikat Publishing. 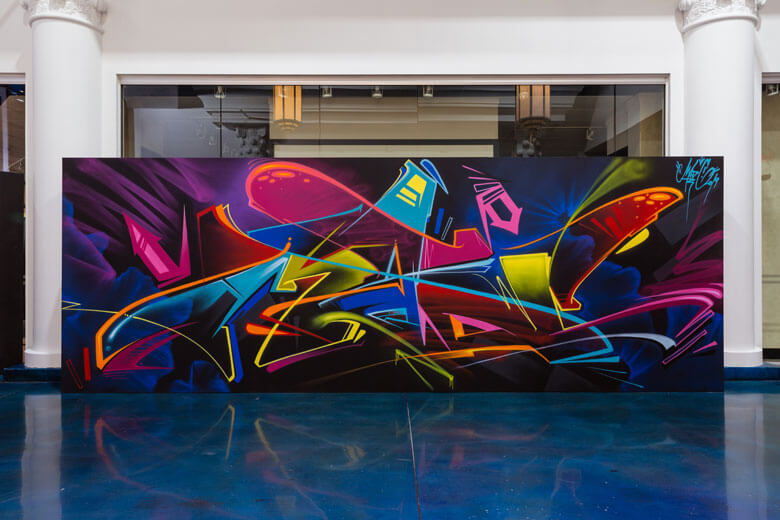 “I had to forget all the graffiti rules, and I knew, I would have to disappoint a lot of people in order to keep evolving.”

You were talking about the first time you had a spray can in your hand, you were like “Oh damn, this is actually hard to do”. Did you have some points where you got stuck?

In the beginning I was definitely mastering the tools. Back then we didn’t have all the high quality spray paint, as we do today, and I mainly painted with Sparvar cans. Just pushing the cap was so hard, I got infections in my arm very often, and one time it was so bad, I couldn’t move my two fingers for two weeks. Now it’s a lot easier with the equipment we have today, but you still have to learn how to use it. I also remember, I tried to paint a proper wildstyle piece transferring it from sketch to wall, and that was a big, big challenge. Especially in the beginning since the outcome just never looked like in the sketch, and I was so annoyed about that.

Once you master the basics, and you did a lot, it gets easier and easier. And after that the biggest challenge was actually to be yourself, and also have the courage to actually forget everything, meaning finding your own style. I had to forget all the graffiti rules, and I knew, I would have to disappoint a lot of people in order to keep evolving. I always challenge myself, I always push myself further, further, further! 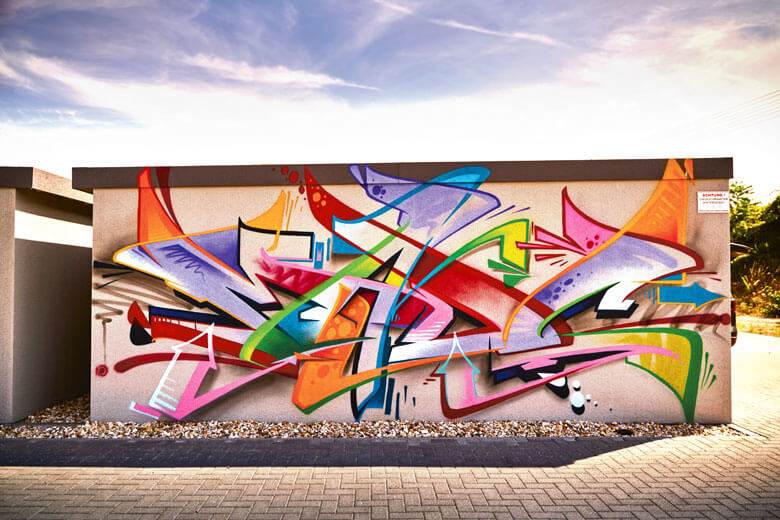 “When I finally managed to say “Actually, I like my piece”, that took maybe 10 years. It was crazy.”

How did you overcome the challenges of transferring the sketch to the wall or mastering the tools?

In the beginning it was really extreme. I hated every wall for the first five or six years. I was just working myself up the whole time. I was like “Oh my god. This is terrible.” I was really upset after I finished the walls. “Don’t talk to me” and you know, don’t tell me, it looks good because it doesn’t. That was me. It was horrible. But I just kept going and going and going. When I finally managed to say “Actually, I like my piece”, that took maybe 10 years. It was crazy.

I was always my own biggest enemy and worst judge. That probably was also why I didn’t care about people who criticized me from the beginning, because nobody could criticize me as much as I already had. 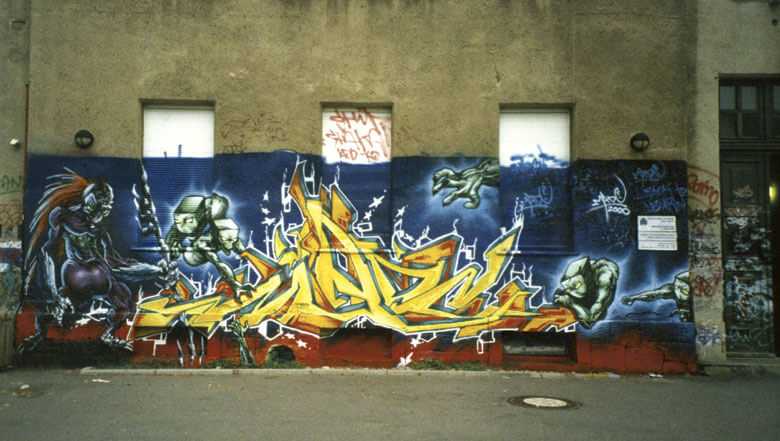 Who inspired you when you were painting graffiti in the early days?

Swet, Seen and Sigi (Dare) for sure. Sigi, his pieces were actually 2D, but they looked 3D, because he had this way of putting shadows in his 3Ds, and his pieces had an amazing flow. The first pieces I saw by Swet were my idea of wildstyle – how the letters were interacting with each other and the general flow of them and that you could easily recognise it.

What I liked about Seen was that he was so versatile. He did all these burner styles and different pieces, but also complex murals, which I thought back then was pretty special. Then, there was a guy in Germany called Ben1 who did photorealistic horses and stuff only with spray paint, and I felt like “okay this is quite fascinating”.

I always also liked Daim, because he was new and made me try to make some 3D stuff myself, but only for a short while, because it was too technical for me. Can2 from Germany also for sure, because his characters were so iconic, and his pieces were quite complex, but he made it look so easy. 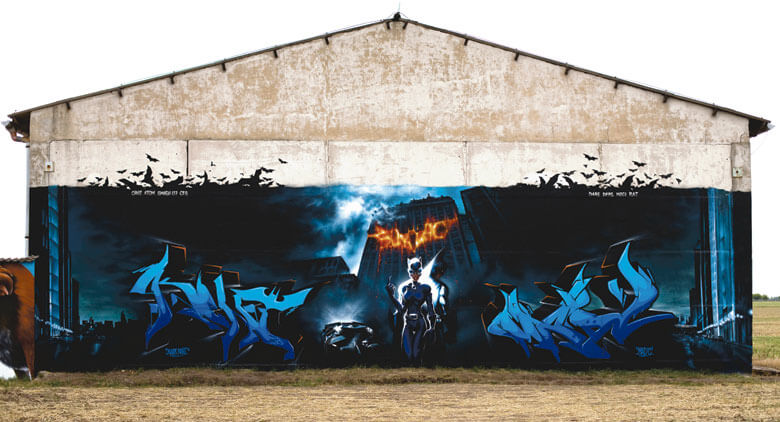 Do you think, that there are writers, who have had a bigger impact on your style than others? Do you see more of Sigi’s approach in your style, or what do you think about that?

I never had this one writer that I got lost in. I think it is because – for example, I recently did this wall in Ireland, and my assistant was completely crazy about Felipe Pantone. So, all the pieces he was painting, looked exactly like Felipe’s, just a worse version of it, you know.

I understand it, because I know, a lot of people are like this. They first have to try something, they really like and then do the same thing. I never did this, as I always tried to find my own kind of style in it. Like look at things, really liking them, but then putting them away. Also now, I hardly follow anybody on Instagram on purpose. I don’t like all that inspiration – it would just be a bad copy.

“When I go on a plane for an eight hour flight, I have to have a notebook with me, because my brain just starts spitting out ideas.”

The sentence about not wanting all that inspiration actually surprises me. I’m curious, where do you get your inspiration from?

I’m just extremely curious in general. So, whatever I do, every day I find something new. I go for a walk. I find an interesting looking tree. When I go on a plane for an eight hour flight, I have to have a notebook with me, because my brain just starts spitting out ideas. I can’t explain why (laughs).

Maybe it has to do with being in the clouds or not being online or whatever. It’s interesting, because I never ever in my whole life had artist’s block. I just feel like I’m so full of ideas and things I want to do that I couldn’t even do them in this life time, you know.

Where did the name MADC come from? Did you write something before MADC?

I wrote a lot of different things. I wrote Clyde from Bonnie and Clyde. I wrote Ship. Just things I thought were interesting and that just popped into my head… (continued in the book) 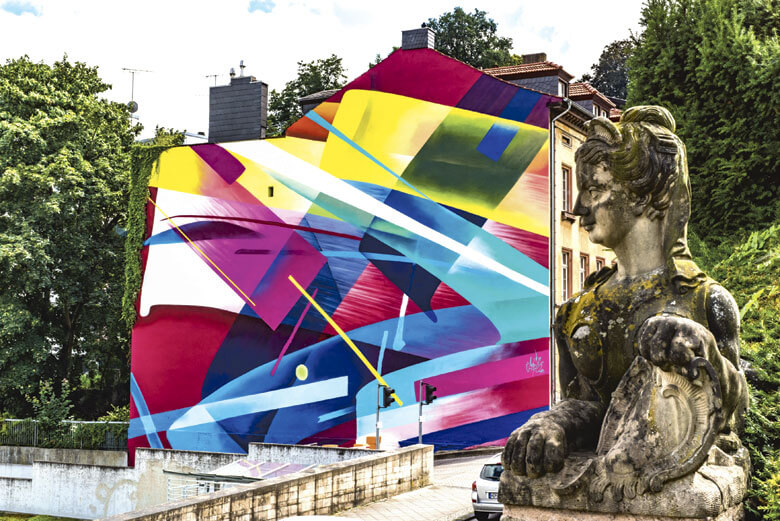 If you want to read this interview in full to get all the knowledge from MadC and several other veteran graffiti writers, The Graffiti Bible will accelerate the learning process in a fun and interesting way. Get your copy from your local MTN Dealer today.