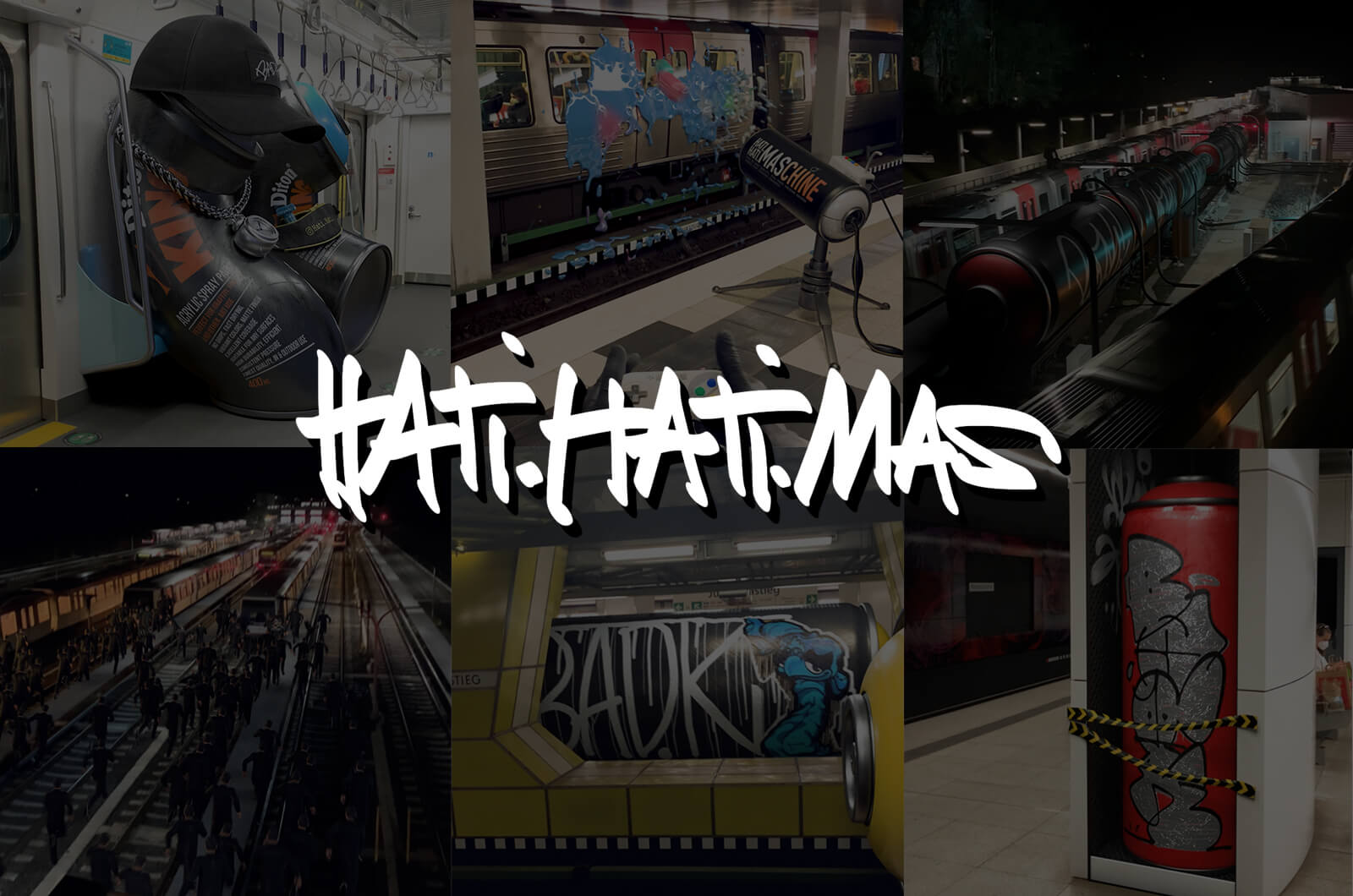 A hoard of graffiti writers sprint down a platform and smash into each other, forming a pile of bodies that spill onto the train lines. A pig in police uniform patrolling a train carriage. A dispensing machine gone haywire, spitting out cans onto the floor. Brief flashes from the imagination of Hati.Hati.Mas, a graffiti artist who also flexes his skills using 3D animation with spectacular results. A truly unique artist in the modern graffiti scene.
As part of out month’s focus on technology in graffiti, we contacted HHM to hear about journey into his idiosyncratic 3D animation pushing the limits of graffiti fantasies.

Where are you from? When did you start painting graffiti?
Yoyo, I am Hati.Hati.Mas. Born and raised in Hamburg, Germany. I started with graffiti when I was a 14 year old kid… oh damn its already long time ago… where have all the years gone?!? Together with my homies, we quickly founded the BK Crew. Anyway…

How did you get into making animation and 3D art?
Even as a child, I was very enthusiastic about animation films. Basically, I already knew then that I wanted to do 3D animation, but as it is, it takes a while until you find your way. 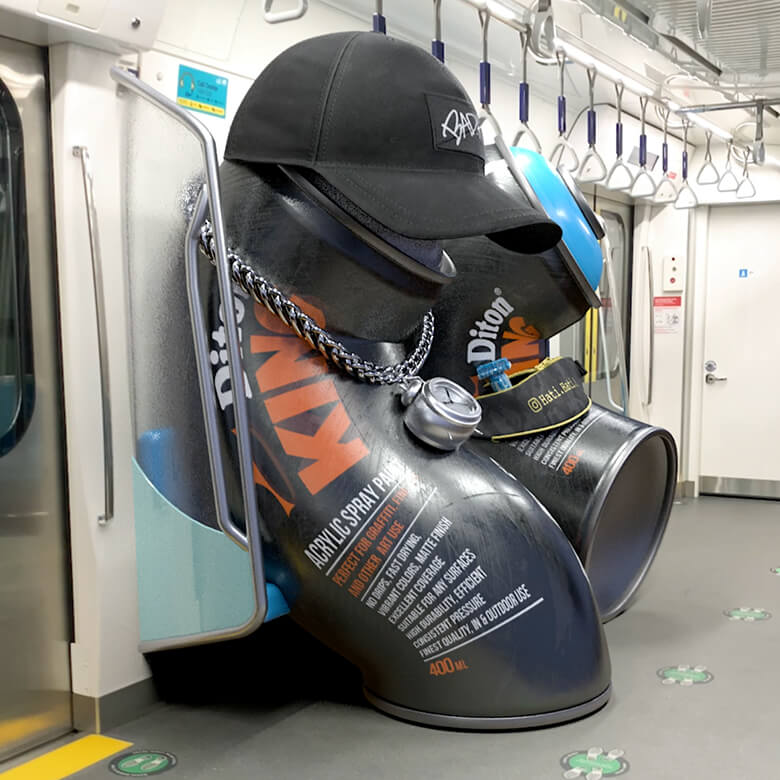 ‘I don’t think there really is a lot in common between graffiti and 3D art. Of course there are 3D graffiti artists, and styles often have 3D blocks etc, but for me it’s two different worlds.’

Did you learn on your own or have you studied animation?
I studied web design, but only to learn the different programs like Photoshop, Illustrator etc. It was clear to me that I didn’t want to move any more pixels back and forth and I’d already dealt with 3D software during my studies. I started with 3ds Max through Cinema 4D and Houdini.

Where do you live now? What are you doing there?
I am living in Hamburg right now, but have spent many years in Indonesia and will always go back there. The relationship between Indonesia and me is very special. I have made many good friends over the years. Big shout outs to: Setsu, Muck, TYLM, Bujangan Urban, Diton King, Cakes and many more. In Indonesia time runs slower. The culture, the food, the people. In addition, there is the mystical thing that fascinates me again and again. The simple is often complicated and the complicated is so simple. You could say it’s like graffiti. To be honest, I can’t say exactly what I’m doing there. I feel good there, that’s the most important thing. 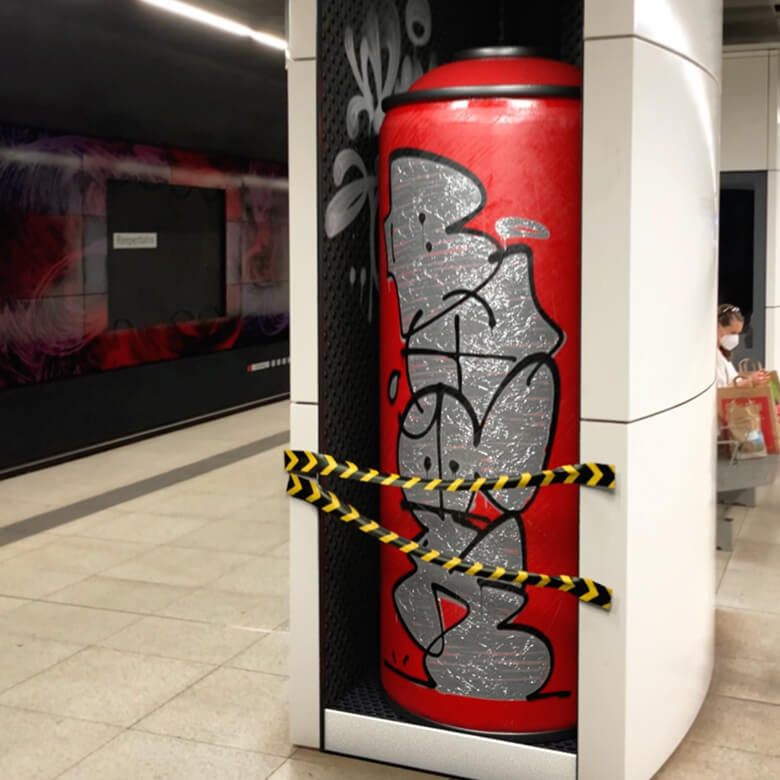 Do you use your skills in your day-to-day job? Or are you living as an artist?
It’s very different. Of course, I try to create as much as I can as an artist and monetize this. But I still need a little time to create a good basis. However, I am lucky to have many people around me who support me in every direction. But to get back to the question; yes, I also use my skills on a daily basis.

What is the relationship between graffiti and 3D art, outside of your own creations?
I don’t think there really is a lot in common between graffiti and 3D art. Of course there are 3D graffiti artists, and styles often have 3D blocks etc, but for me it’s two different worlds. On the one hand graffiti – fast, dirty, illegal – on the other hand 3D – sterile, tedious, nerdy. I like both, but would always choose graffiti if I had to! 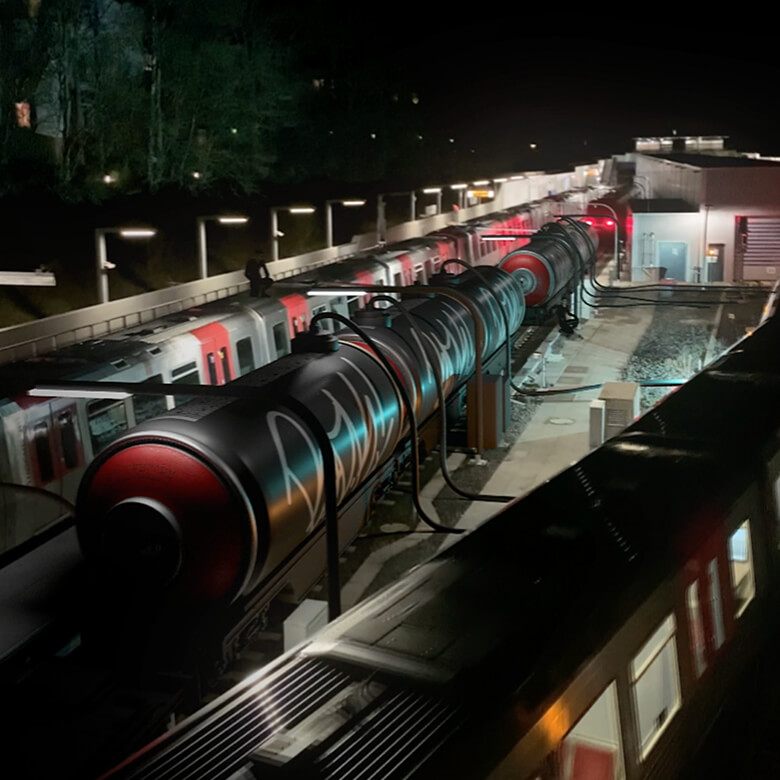 Where do these ideas come from and what are you trying to suggest to the viewer?
Nowadays I am at the level that i can implement almost all of my ideas relatively quickly. This is of course fun when you get a result that looks good in a very short time with simple means. My ideas come and go as they want … hahahah … It’s hard to put into words what goes on in my head sometimes.  I try to convey different things to people. Starting with, “Hey! Take care of your surroundings and don’t stare at your cell phone. Look out, there’s a lot to discover.” Which is of course a contradiction, since you have to watch my animation on your phone. At this point I could write a whole novel. 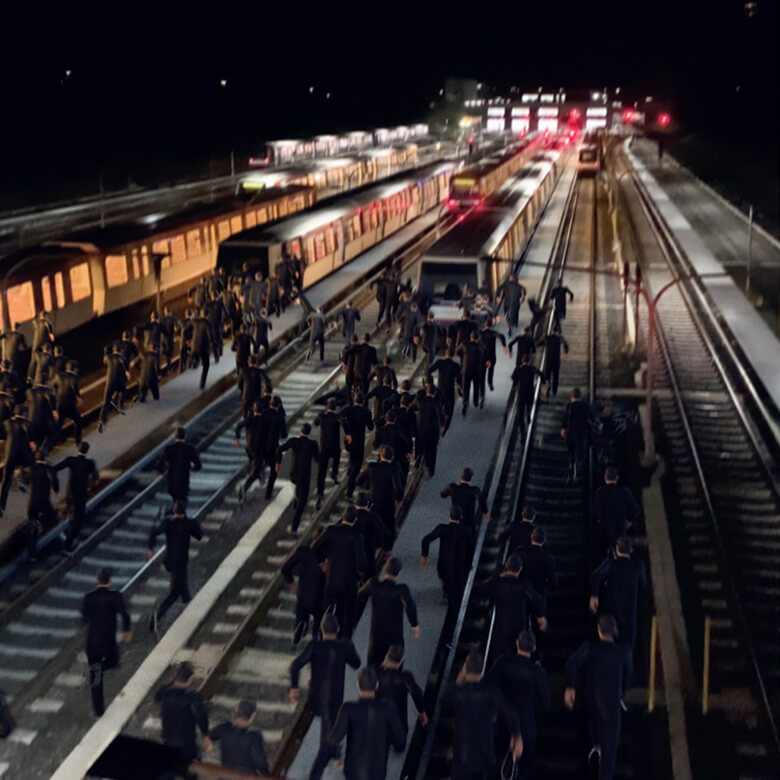 Who are the artists that inspire you, in 3D and in graffiti?
Graffiti: BK Crew, Deak DSU / OBS Crew
3D: Smearballs, Extraweg, Kid Eight and many more…

How do people outside graffiti react when they see your animations on the subject?
I haven’t met anyone who didn’t like it yet. People even like graffiti in this context. It’s unbelievable how simple people are. 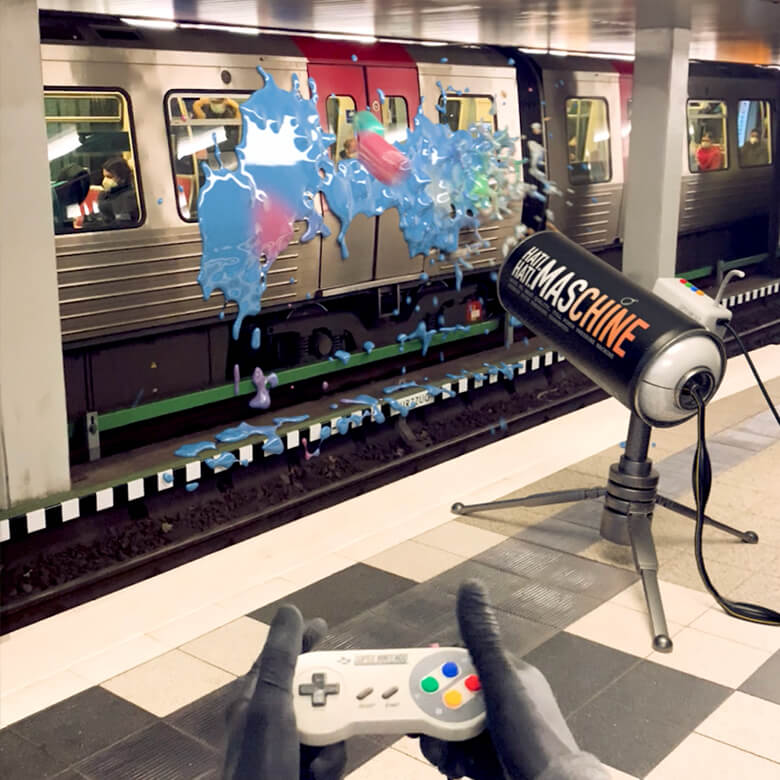 What do you think of NFTs, and the future of digital art and 3D?
NFTS are the fucking future. If anyone doesn’t know about NFTs yet… ask Google!

Have you got any tips for anyone trying to get into 3D animation?
It’s very simple and is like all things you want to learn: be diligent, don’t give up, challenge yourself. 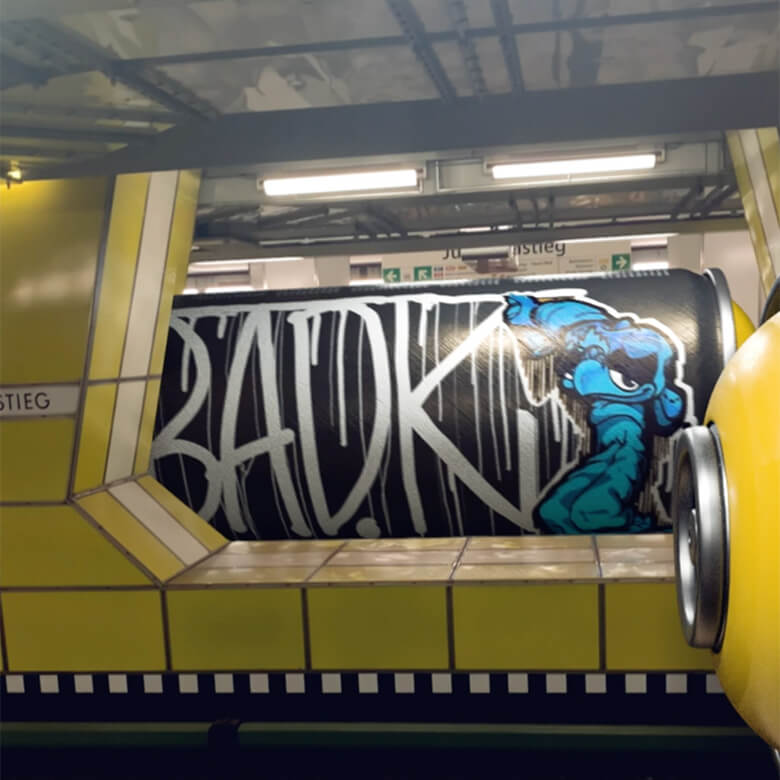 This article forms part of #mtntechnologymonth, a month of content dedicated to promoting artists pushing graffiti forward with the use of technological innovations. Use the hashtag on social media to check all our latest publications.