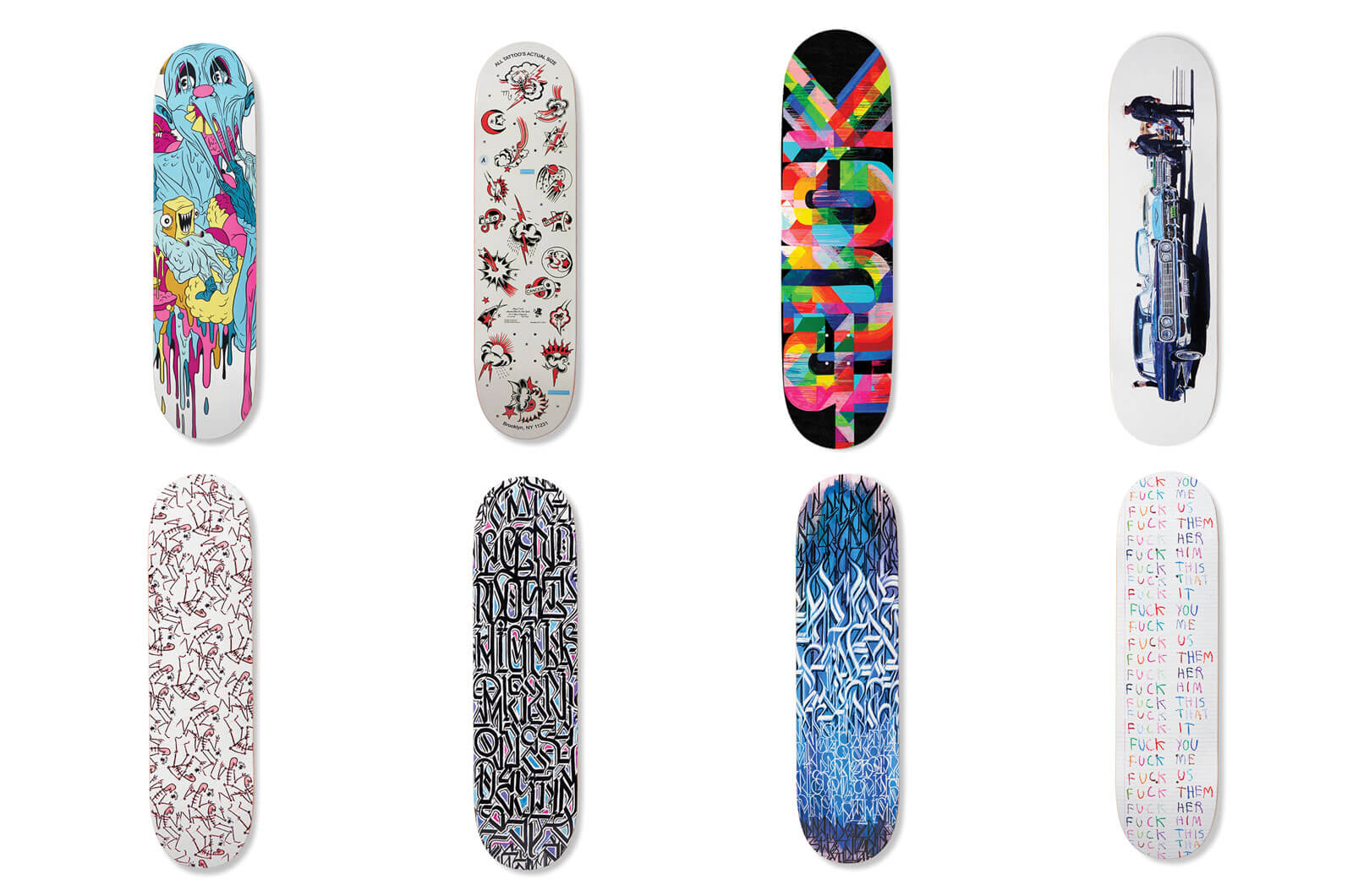 BEYOND THE STREETS and NTWRK collaborate again on 1st – 3rd December with a program that includes online drops of original work by Shepard Fairey, Felipe Pantone, DabsMyla and Madsaki, consolidating its place as the world’s finest fair of graffiti art.
Roger Gastman is a little under the weather when MTN World reach out to him on the eve of BEYOND THE STREETS 2021. There is no dulling his enthusiasm for the forthcoming fourth instalment of the fair, however, and that’s something that he shares with the thousands of followers that his organization has mobilized. BEYOND THE STREETS now represents a the leading platform that puts credible creators in touch with fans, collectors and contemporaries. And the 2021 edition seems to have captured the zeitgeist better than ever.
To close out a month of focus on technology in graffiti, we talked to Beyond The Streets founder Roger Gastman to talk about the seamless integration of graffiti art and a mobile app to reach a massive online audience.

The first thing we wanted to know was, why online again? A degree of normality has returned to many parts of the globe, making presencial events possible once more. Gastman explains the upside of holding a virtual event: “We’ve organized physical events and will continue to do so. But this event is about reaching as many people as possible.” The accessibility of BEYOND THE STREETS is certainly its strong point. Anyone in the world logged into the NTWRK app that hosts the event will have the same shot at copping drops by such seminal figures as Eric Haze, Crash and Mike Giant, as well as other artists familiar to MTN World readers like Lauren YS, Diego Bergia and Saber. 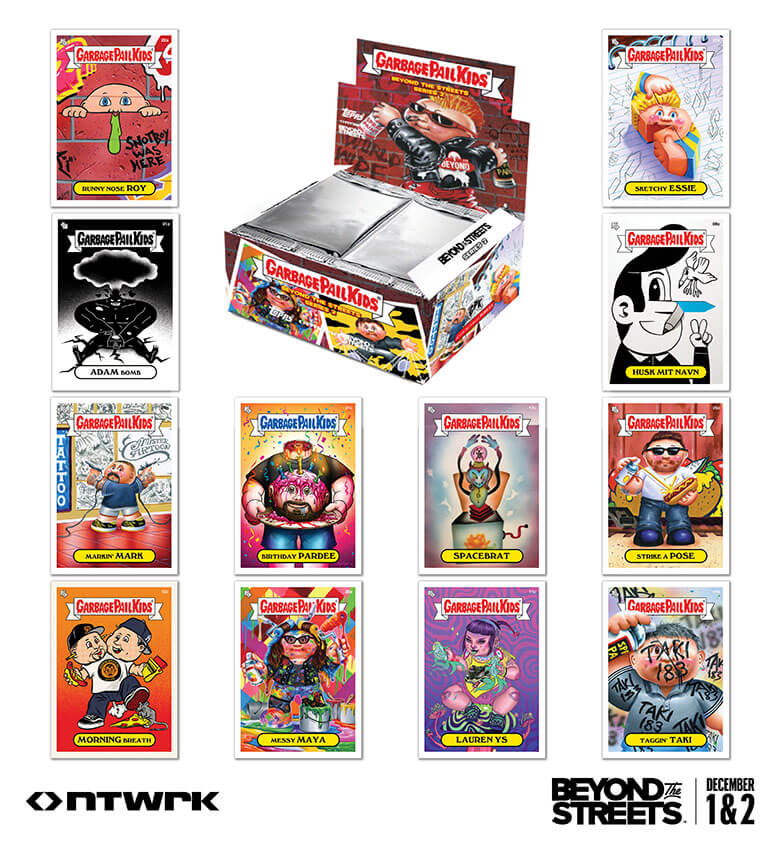 To appreciate the angle of BEYOND THE STREETS 2021, there are a couple of names to take into consideration. For the first time, the event has a master of ceremonies who happens to be a household name in his own craft. This year, the Colombian king of reggaeton J Balvin will be your guide to the content coming to you at regular intervals from Wednesday 1st December at 18h CET. Gastman explains the leftfield appointment: “J Balvin has proven himself to be a serious art collector. He has a clear vision for aesthetics. His home is a sanctuary where art is the protagonist, making him the perfect emcee for this year’s Beyond the Streets.” The MC from Medellín will be interviewing four artists over the 48 hours of BYS 2021.
This year’s art direction comes from LA based artist Cleon Peterson. A long-time friend of Gastman, his brutal aesthetics adorn the online presence of the fair. His connections formed by years around the graffiti and skateboard scenes ensure that there are surprises in this years’ line up. The line up includes several artists associated with Los Angeles, like Mr Cartoon and Estevan Oriol. 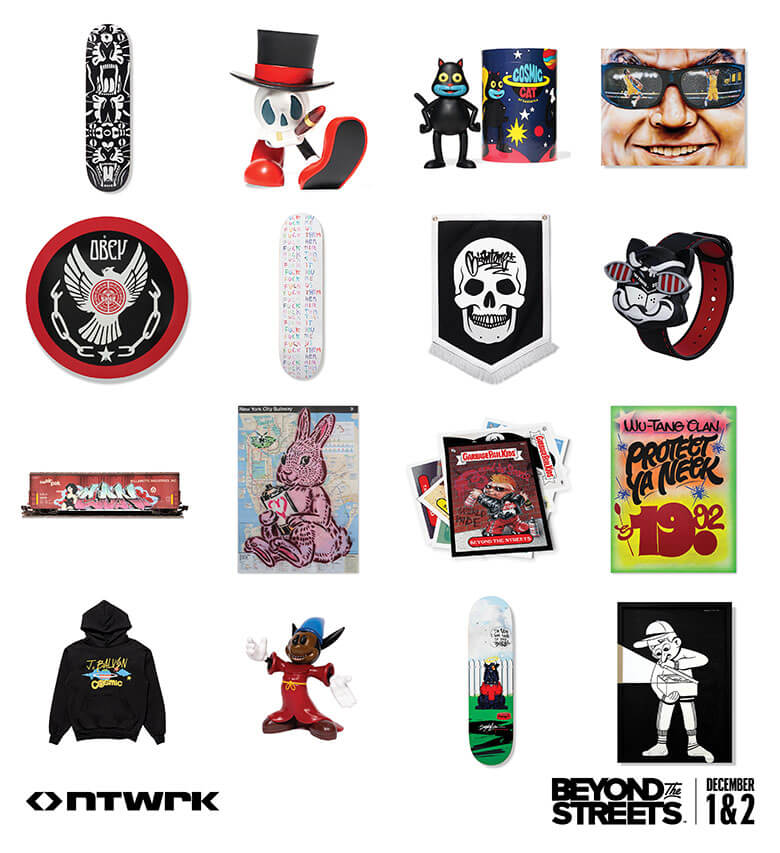 THE LEADING VOICE OF MARK MAKERS AND RULE BREAKERS
With its first event in Los Angeles in 2018, BEYOND THE STREETS united more than 100 of the biggest names in world graffiti and street art under one roof, from Banksy to Lady Pink, Futura 2000 and Vhils. The event that Hypebeast called “monumental” attracted more than 100,000 visitors and demonstrated that the streets are capable to cooking up creations as vibrant and important as any other from the wider art world.
Buoyed by the success of the debut BYS event, they switched coasts in 2019 with an event that featured even more artists and ran for significantly longer at a huge space in Williamsburg, New York. Pieces by Katsu, Craig Costello and Barry McGee cemented the street credentials of the brand. 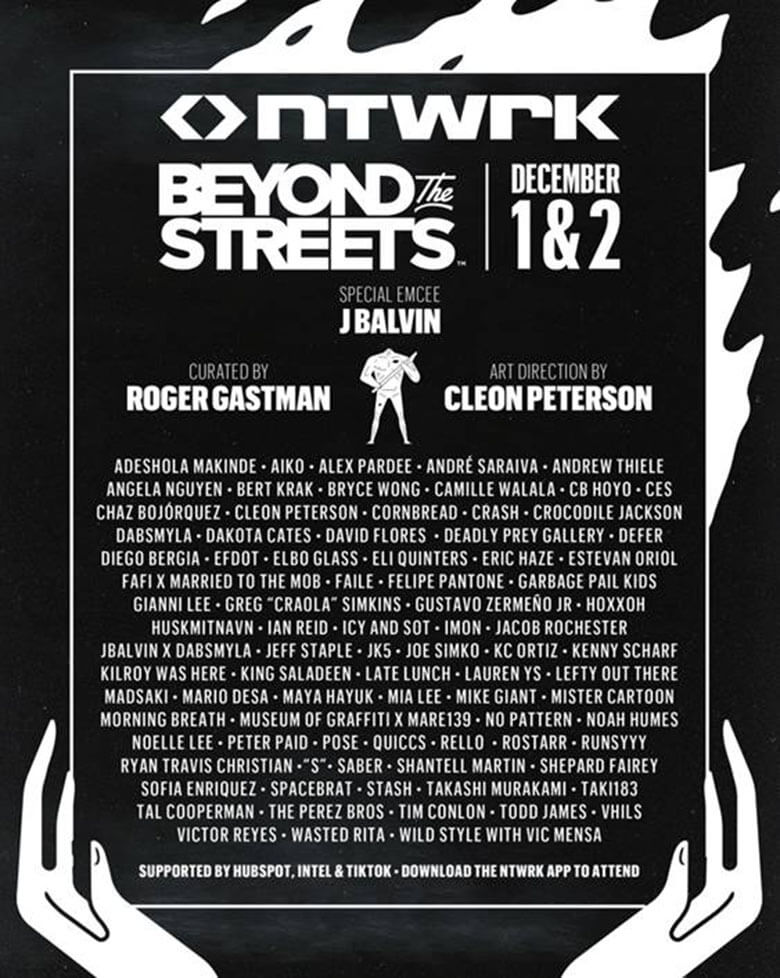 Roger Gastman explained the secret of its success to Juxtapoz Radio last year. “One of the most important things for me was that we worked directly with the living artists. We got the artwork directly from them. This is not a secondary market loan or work shown out of context. I think that helped the authenticity of the show.” The curator won the trust of the world’s graffiti elite and the BEYOND THE STREETS event had become a fixture in the calendar of art fiends everywhere. However, a significant change was right round the corner, owing to COVID-19.
So in 2020, BEYOND THE STREETS made a significant pivot. The world pandemic meant that large-scale events were impossible, so the event was moved online, in the form of timed drops programmed over the duration of the event. The NTWRK livestream shopping platform hosted the BYS 2020, which brought the event to a worldwide audience for the first time. Presented as a virtual art fair, it featured art direction from Felipe Pantone and included an incredible array of original art drops plus collaborations between artists and brands, like DabsMyla x Chinatown Market and Stash x X-Large. And its success led directly to the shape of BEYOND THE STREETS 2021.

Sign up to NTWRK to make sure you don’t miss any of the exclusive drops that form part of the BEYOND THE STREETS 2021 program on 1st and 2nd December 2021.
Wanna check more content out from #mtntechnologymonth? Read about drones and graffiti here, the insane animations of Hati.Hati.Mas here and our ten favorite computer rockers here. 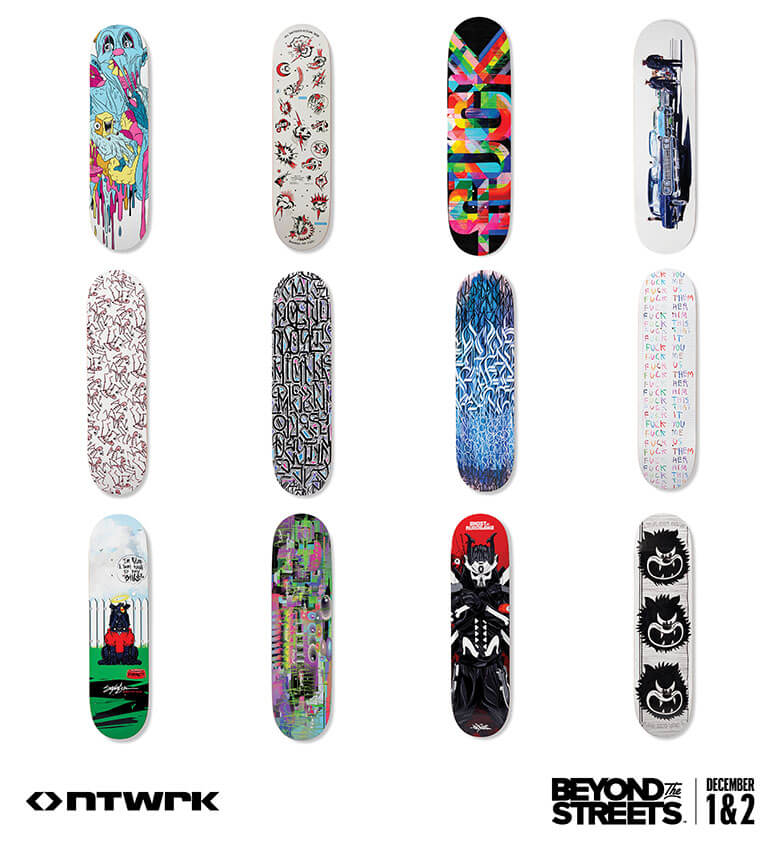