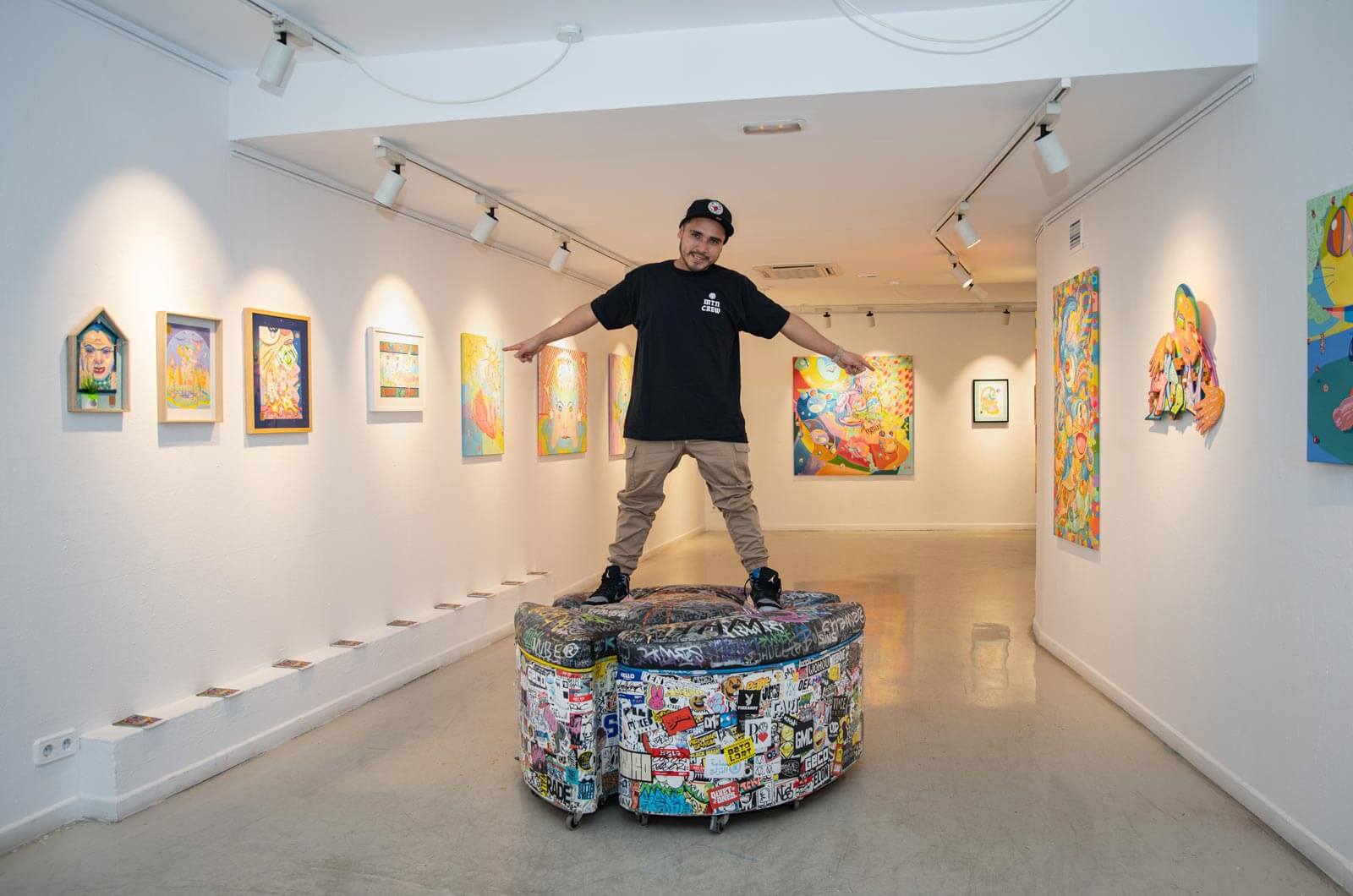 The new exhibition at the Montana Gallery Barcelona presents the mixed media work of the Peruvian artist Yandy Graffer, an explosion of color accompanied by characters and elements connected with the origins of the artist which collide to construct transcendental reflections on the evolution of life.

The exhibition, entitled “La fuente de la vida a través de los años luz”, deals with a recurring theme in his current output: the evolution of life and the human race from his perspective. A series of symbolic elements ranging from seeds to cartoon characters, fish and even fruit, are used to communicate a spiritual reflection on the evolution of life. 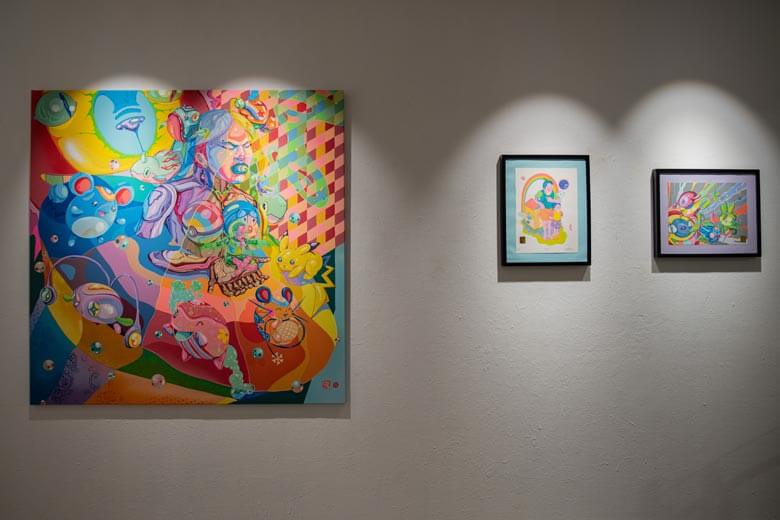 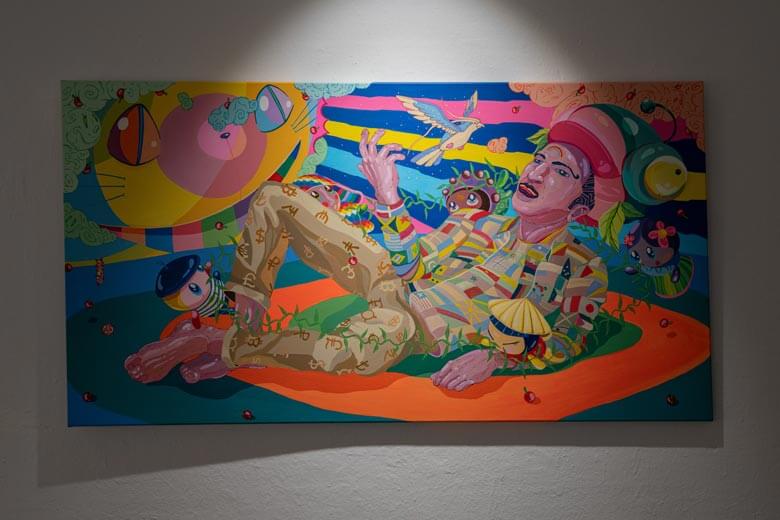 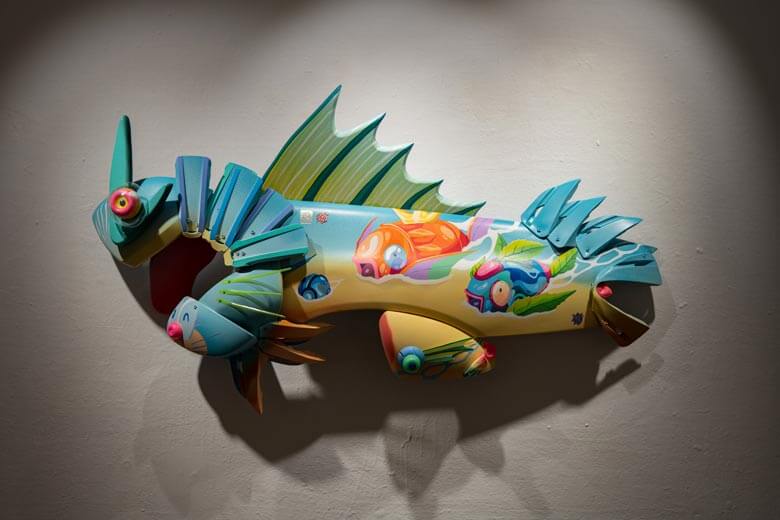 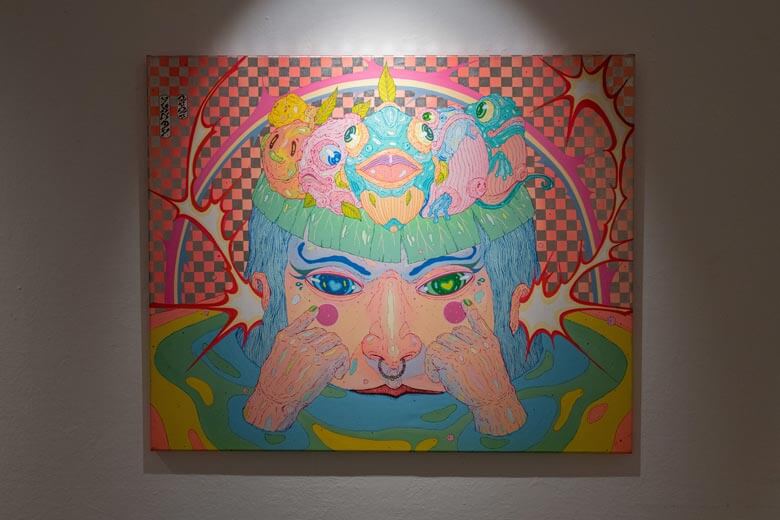 Some of the key elements are references to Yandy’s cultural roots and his life experience. The influence of Latin American culture plays an important role as a way to represent his ancestral origins, as well as the presence of water and sea life, which refer to his relationship with his grandfather, who worked at sea.

“The aquatic beings and water are connected to my childhood, since I grew up with my grandfather who worked as a fisherman,” Yandy explains. “His job involved elements of handicraft, weaving nets, for example… Those memories led me to become interested in fish, marine life and from there to the evolution of life and its essence.”

The importance of colors and their strong contrast connects us directly with Chicha posters, a style of design synonymous with the streets of Lima. However, his influences are spread further than the capital. “In Lima, in Cuzco, in the Mountains of Peru and in the Amazon you can find a great diversity of cultures,” he says. Since he settled in Lyon, France, the influence of Central American culture on his work has continued to evolve, although more subtly. 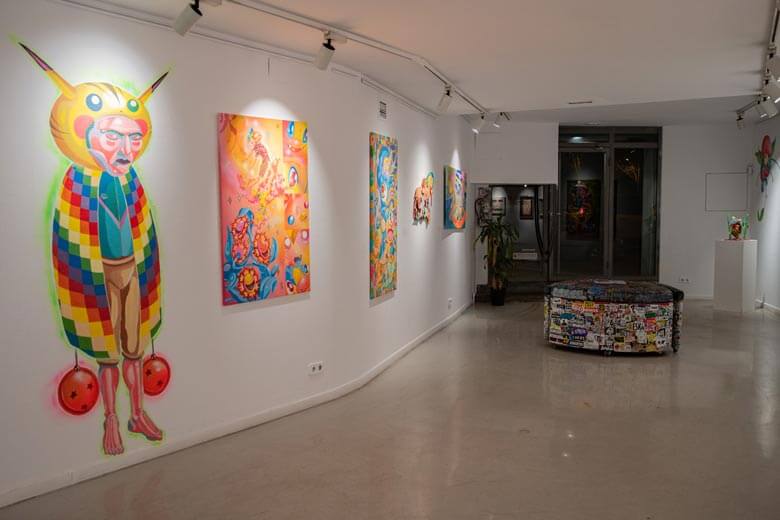 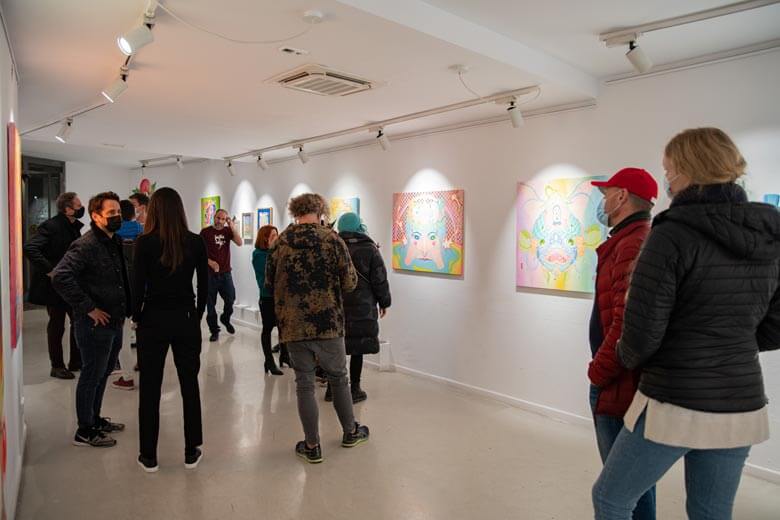 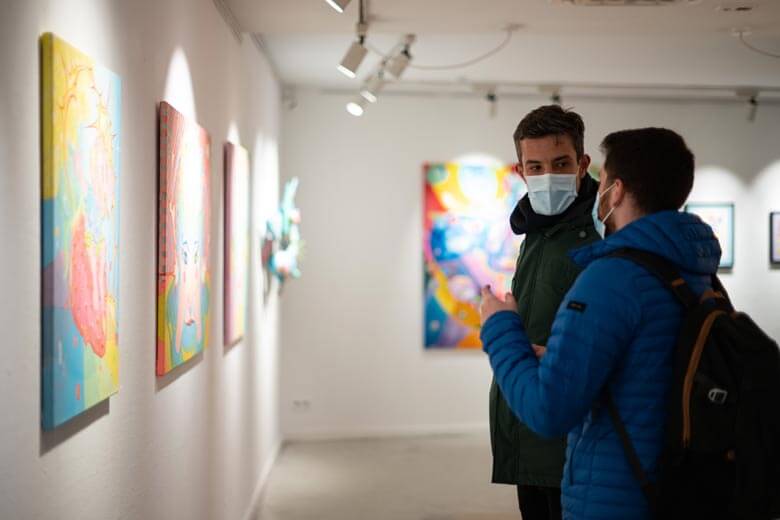 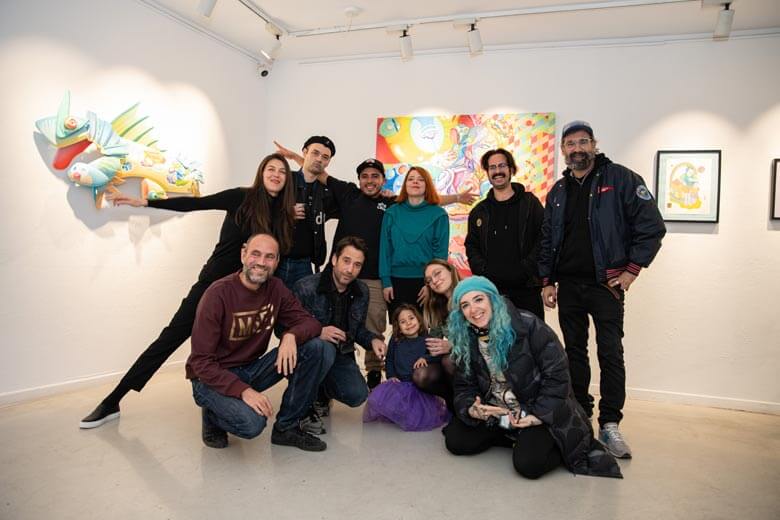 The topic of biogenesis is directly connected to his own personal evolution: “It’s directly related to the birth of my daughter in 2017. From there I decided to create a character in this new dimension in which everything levitates, where earth, air and water mix,” Yandy says. “It was at that moment that I began to study the concept of evolution and that led me to investigate Japanese characters and their background, to try to give them a spiritual meaning.” Likewise, the incorporation of Japanese cartoon characters in his work brings a pop component to his creations that ends up making us also participate in an introspection about our own childhood and evolution. 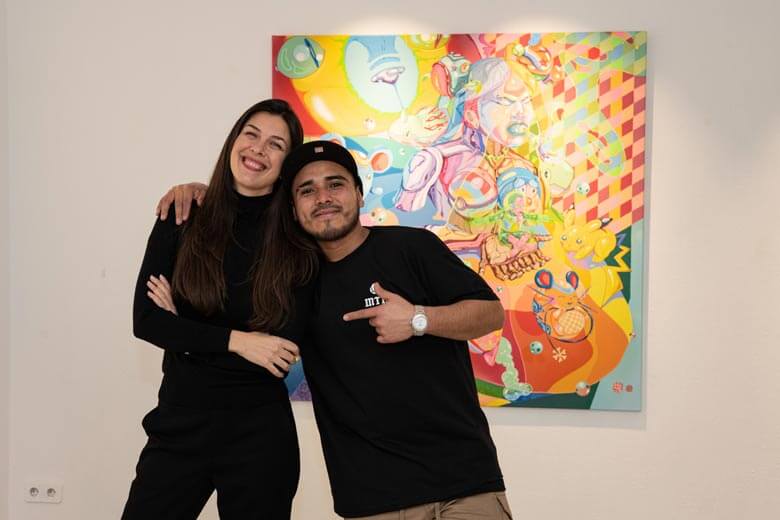 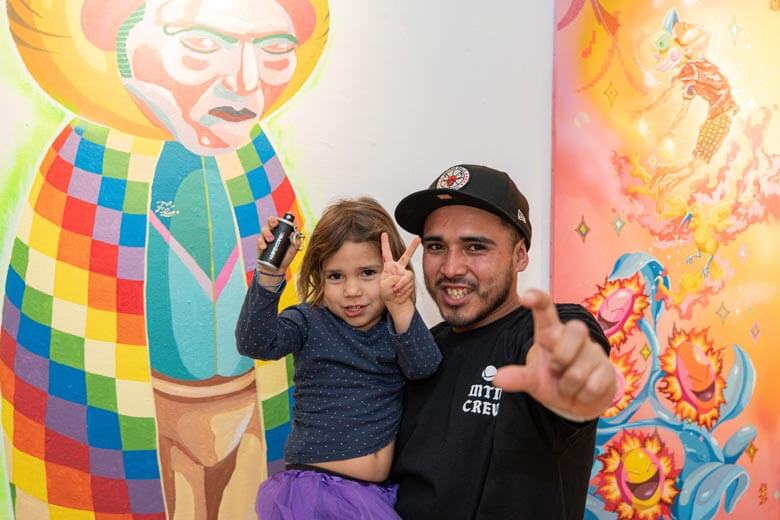