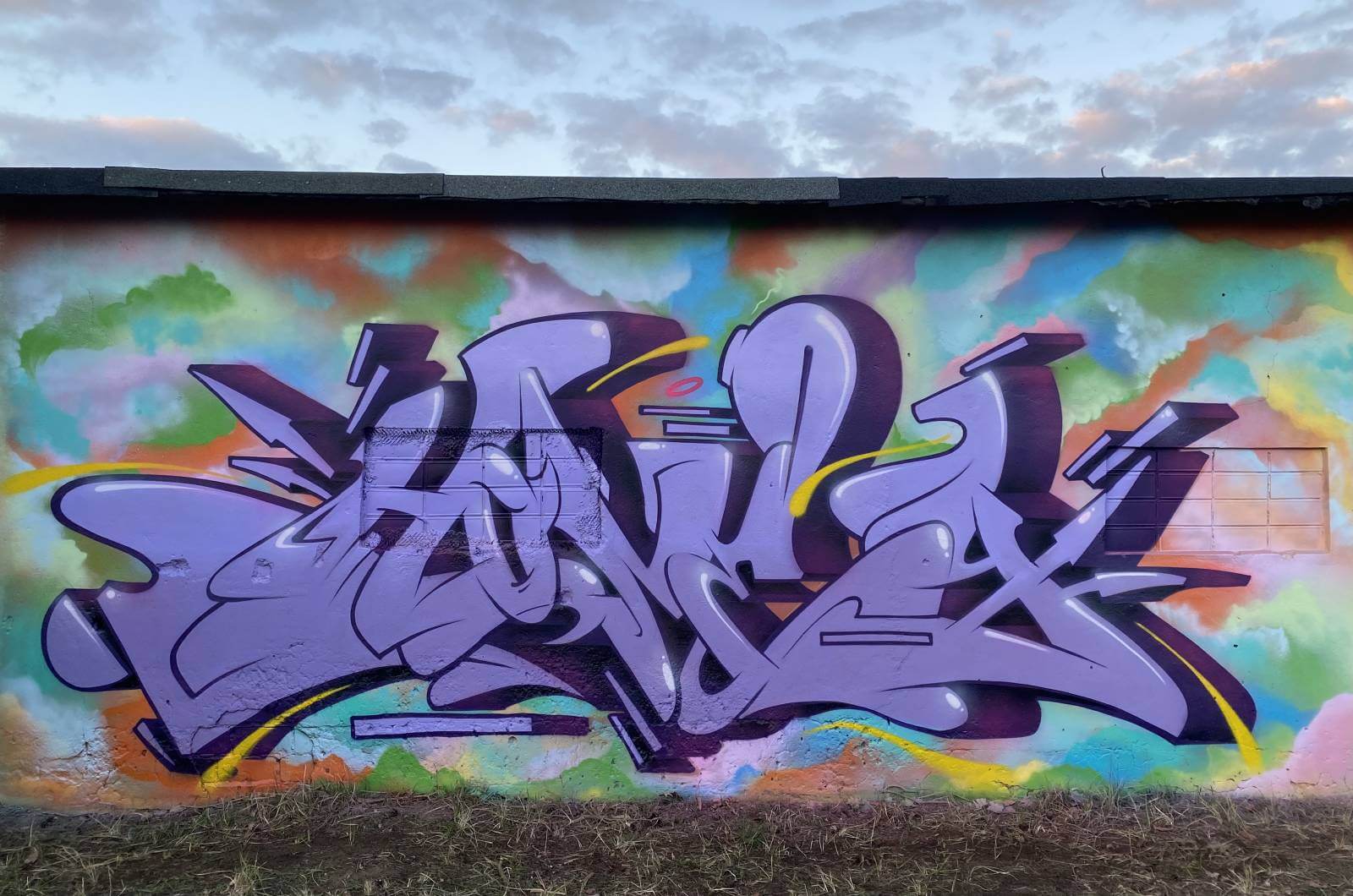 The next artist that we feature in #mtnwomensmonth is Honey: a style writer who divides her time between Berlin and Madrid. We talked to her last year as part of our Real Talk series, and this year we asked her to produce a piece that was published as a reel on our Instagram page.

We know you don’t speak for all female writers, but how do you personally see the graffiti scene in 2022?
Yes, I can only speak for myself since I obviously do not represent the whole female graffiti scene. Everyone has their own issues, goals and motivations. It is obviously still a super male dominated scene, but it’s cool to see more and more girls doing graff as well.
I think we still have a long way to go when it comes to equality and putting an end to discrimination, sexism and stereotypical prejudice. 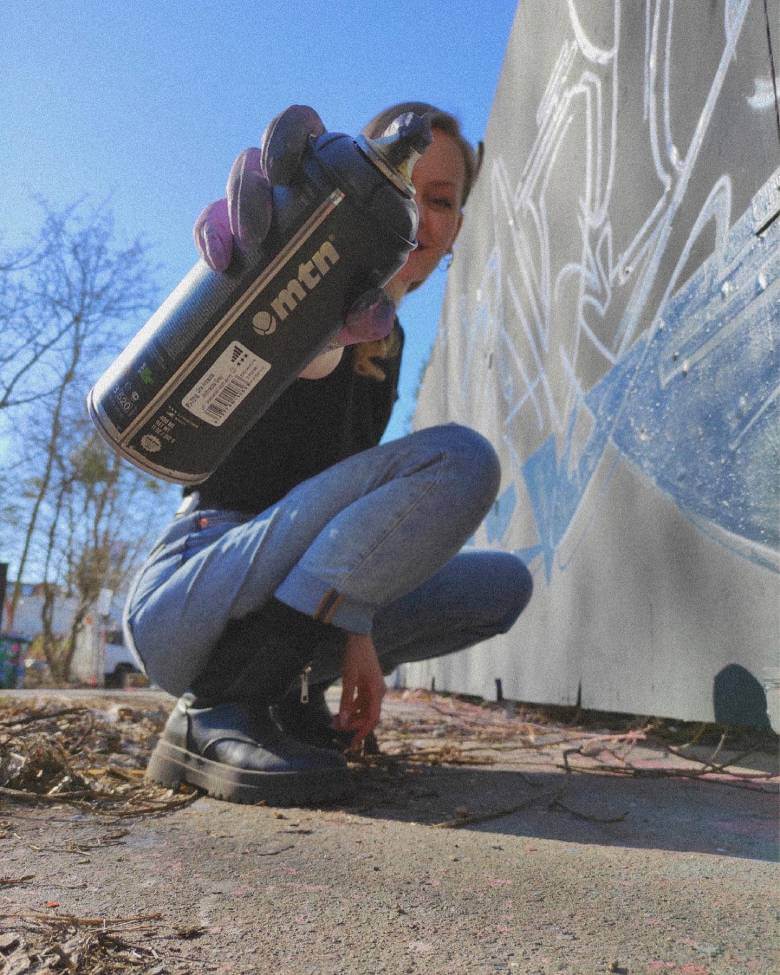 Do you think it’s common not to have parity of genders at events?
It’s common because there’s simply more men that do graffiti. It’s impossible to do a 50/50 line up. That wouldn’t be fair either because then you’d have to include women that aren’t as good as male writers who then could not participate. It’s a thin line indeed…
Supporting and pushing female writers without granting them an unfair advantage. But in general people are becoming more aware that female graffiti writers exist too and I would love to see more women at jams and events.

It’s hard to strike a balance between inclusion and tokenism.
Absolutely. Inviting someone “just because they are female“ isn’t fair. Hosting a jam without including female writers isn’t cool either… Guess you’d have to find the sweet spot. But like I’ve mentioned – I see more and more girls at jams and that’s awesome! 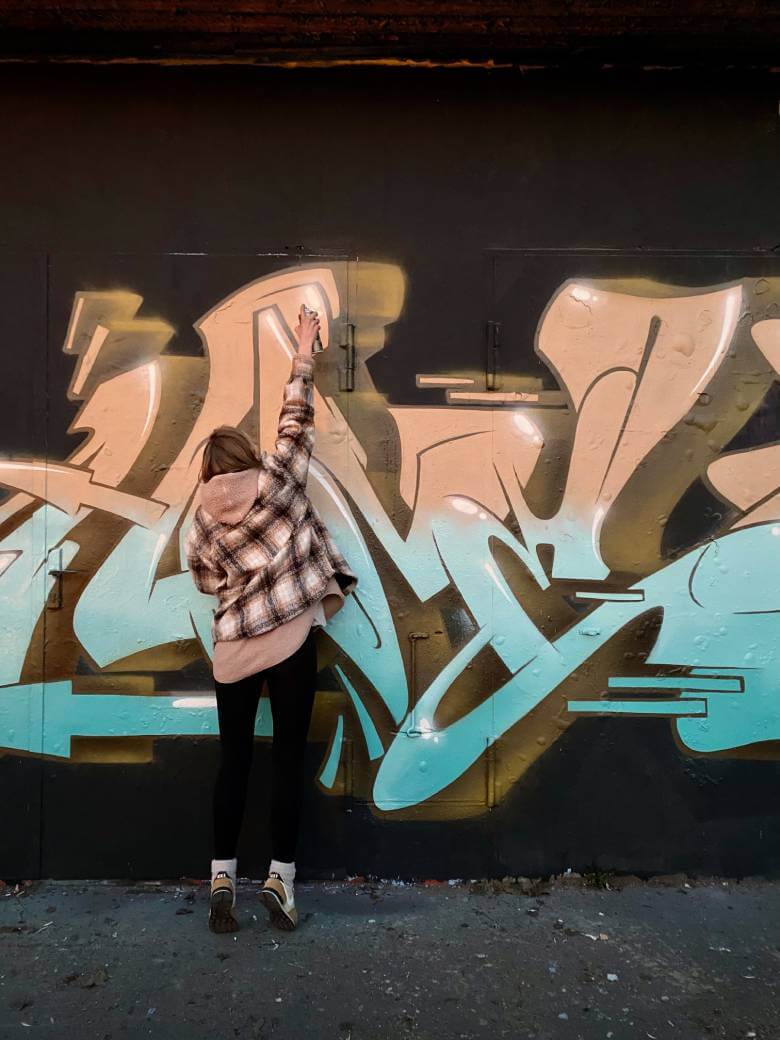 “I always thought that girls could be just as good as guys in almost every discipline. I guess I still kind of want to prove that to myself :)”

Do you think the desire to write your name is a male instinct?
I don’t know. I would have to think about it… Not necessarily. I do feel the need to leave my name here and there and I don’t think I’m driven by “male instincts” 🙂
I think there are more women that paint characters or artsy stuff rather than letters. But that could also be because they are intimidated by the scene and because it takes a while until you reach a good “presentable” level with letters maybe!? 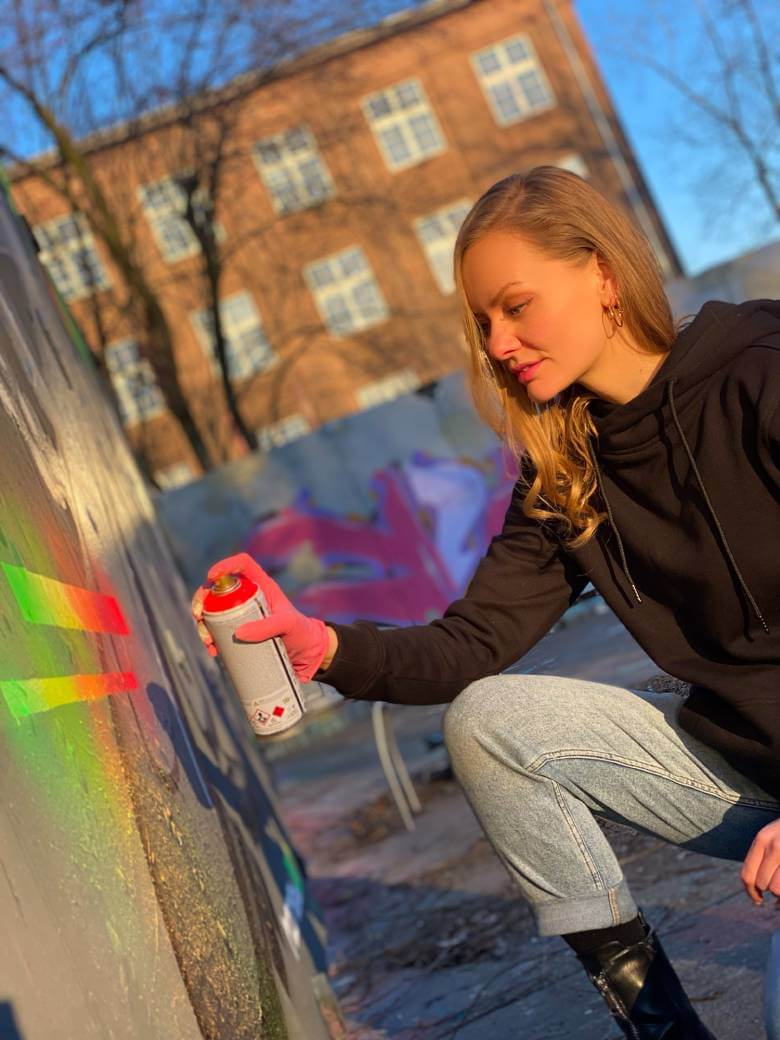 Why do you paint? What drives you?
Good question. I’ve been questioning that sometimes when painting in Germany in the winter – afraid to lose my fingers to frost bite 😀
When I start something, I want to do it as good as possible. For sure it was a motivation for me when I realized there weren’t so many female writers, especially doing letters.
I grew up with my mom, my sister and my grandmother. There were only women in our family. Strong women. And when I was young I was mainly doing “boy stuff” like playing soccer, basketball and skating. I always thought that girls could be just as good as guys in almost every discipline. I guess I still kind of want to prove that to myself 🙂
Painting has become such an important part of my life and it fulfils me. 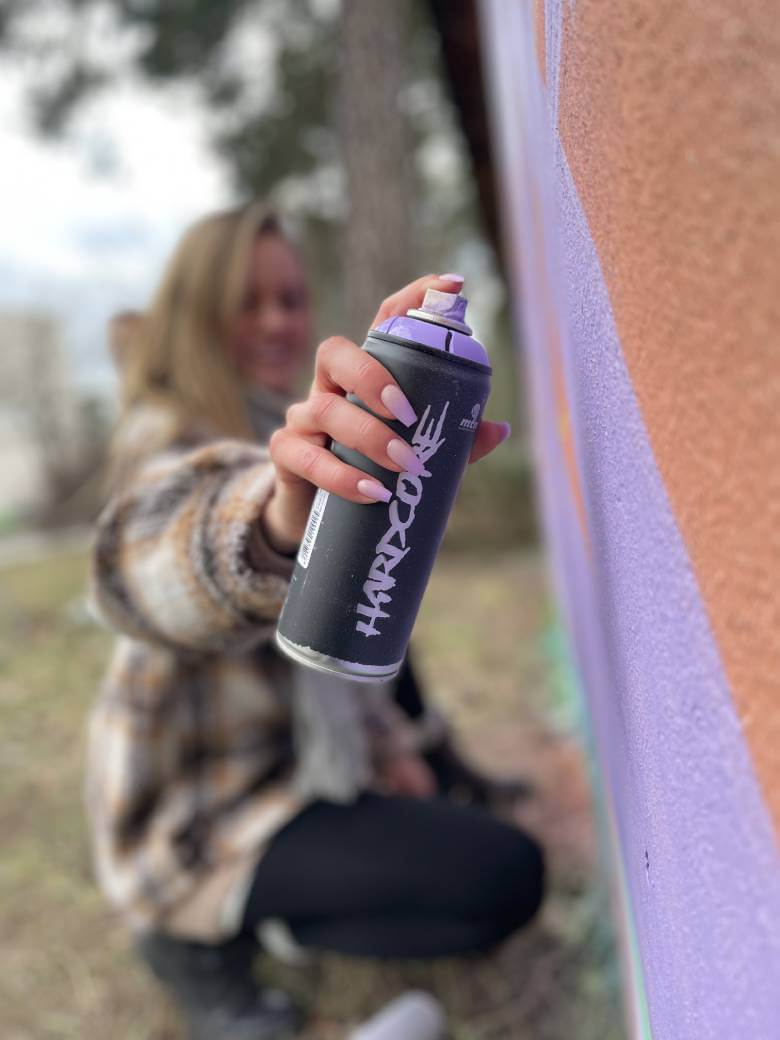 “I always had a very strong sense for equality and justice. And I can’t keep my mouth shut when I see people, especially vulnerable groups, being mistreated in any type of way.”

Let’s talk about Instagram. You did a reel for us that was really well received. How do you feel about the platform, in general?
Instagram is ungrateful. I think it’s a bad platform for artists. If you want to produce good quality content, you can’t post every day. But if you don’t post every day, the algorithm doesn’t like you anymore and your posts will be shown to a smaller audience.
I had to stop painting for a while because I hurt my arm, and since then, my videos and pictures get 20-30 % of the reach that they used to get. In order to get back to the reach I had before, I’d have to post every day. But not just pictures – you have to become an “entertainer”. I’m not going to do TikTok dances in front of my pieces 😀
Instagram a great tool to stay in touch with friends and get your art out into the world. But I think it’s more and more important that we don’t focus on the numbers. If you don’t get as many likes as you’d expected, it doesn’t mean your art isn’t good. 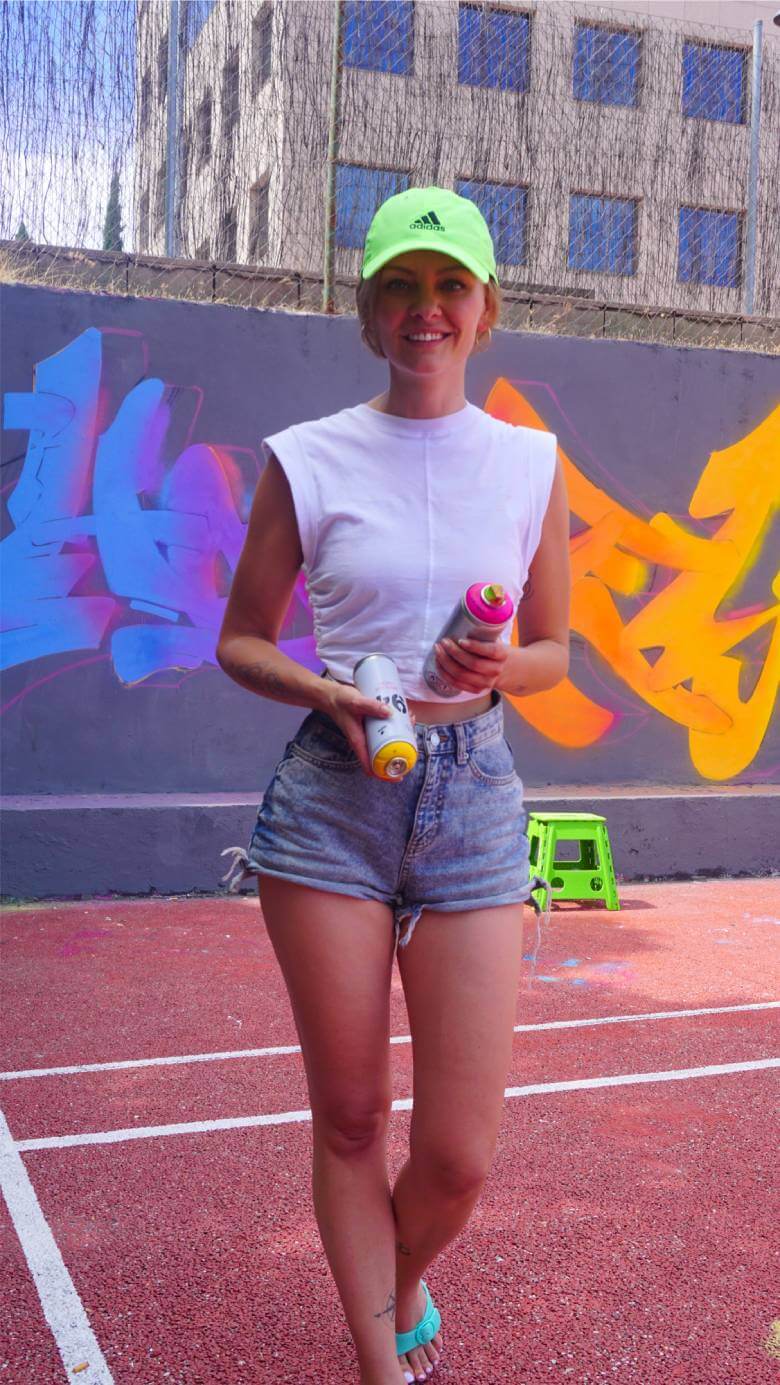 One of the last pieces you did was in the colors of the Ukrainian flag. Why did you want to show support?
It’s not just the Ukraine. Whenever I feel there’s a group of people that are being treated unfairly, I show support. I did it with Syria and Palestine too. If I have the time and the energy, why shouldn’t I? I always had a very strong sense for equality and justice. And I can’t keep my mouth shut when I see people, especially vulnerable groups, being mistreated in any type of way. 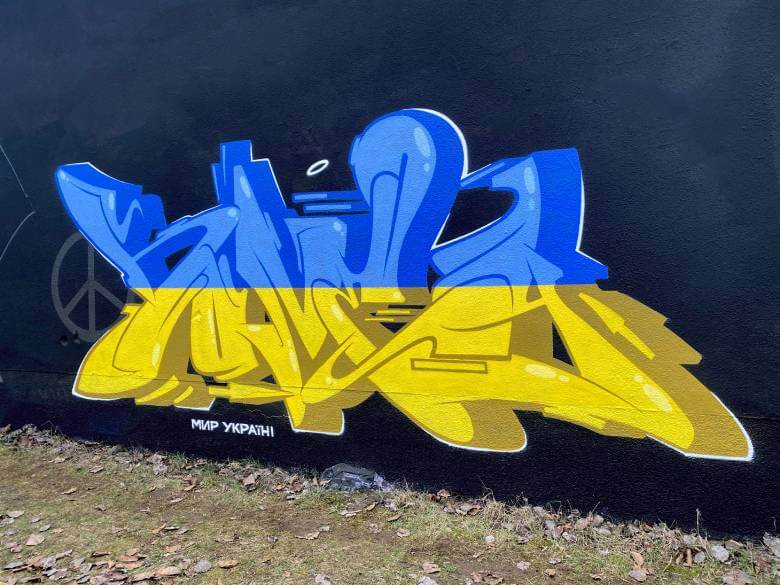 I heard you were volunteering to help the refugees too.
Since the war in Ukraine started, I’ve been volunteering almost daily, yes. So, I’m doing my normal 9 to 5 job and then I go to the main train station in Berlin where 10,000 refugees arrive every day. I’m coordinating the volunteers there and helping with PR. 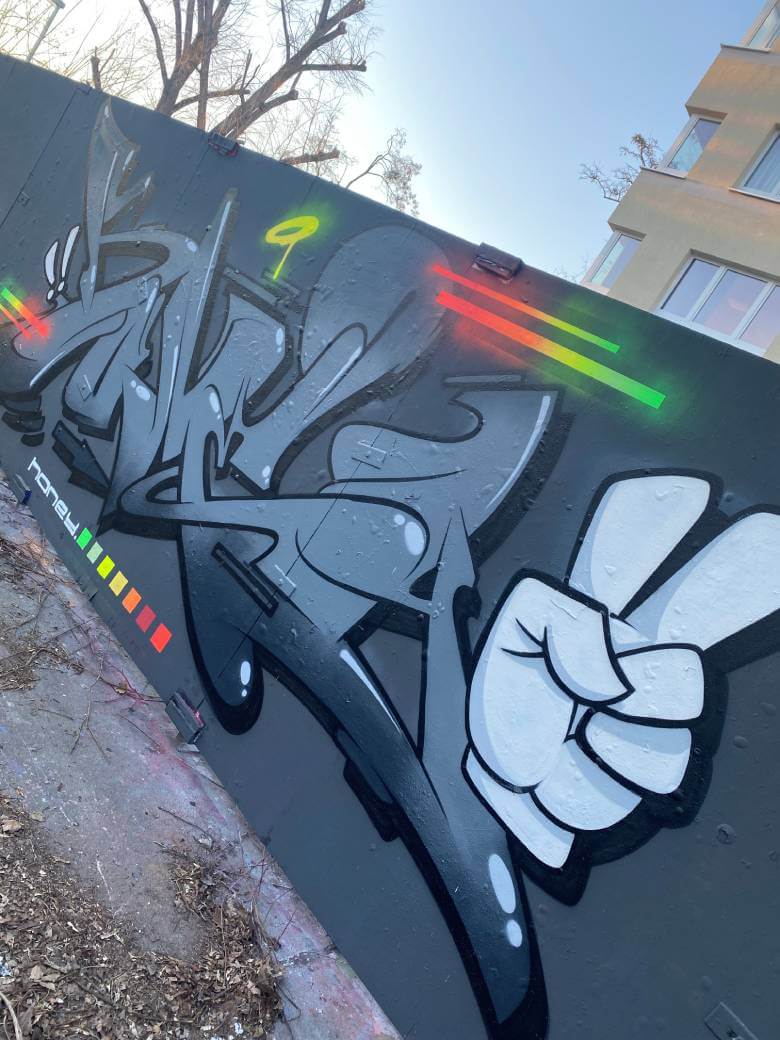 What state do the refugees arrive in?
It’s really different, but it’s sure to say that all of them are tired, because most of them have been traveling for three or four days without sleeping properly. Some will definitely need medical or psychological help. But unfortunately, the Berlin senate isn’t helping as they should, and it’s frustrating.
However, I’ve noticed you can really make a change, even if it’s just for one person. I’ve managed to coordinate housing for a couple of people, we help with train tickets, registration, give out meals…
There was one family that will stay in my mind forever – they had been sent from one mass accommodation to another, and they were about to go to go back to Ukraine, because they were just so exhausted. I happened to hear of a property management that was offering accommodation, so I contacted them and arranged space for the family to stay for an unlimited amount of time told them not to get on the train back to Kiew. They were so, so happy and relieved :’) I could tell I changed someone’s life for the better in that very moment and that’s the reason I go there almost every day. 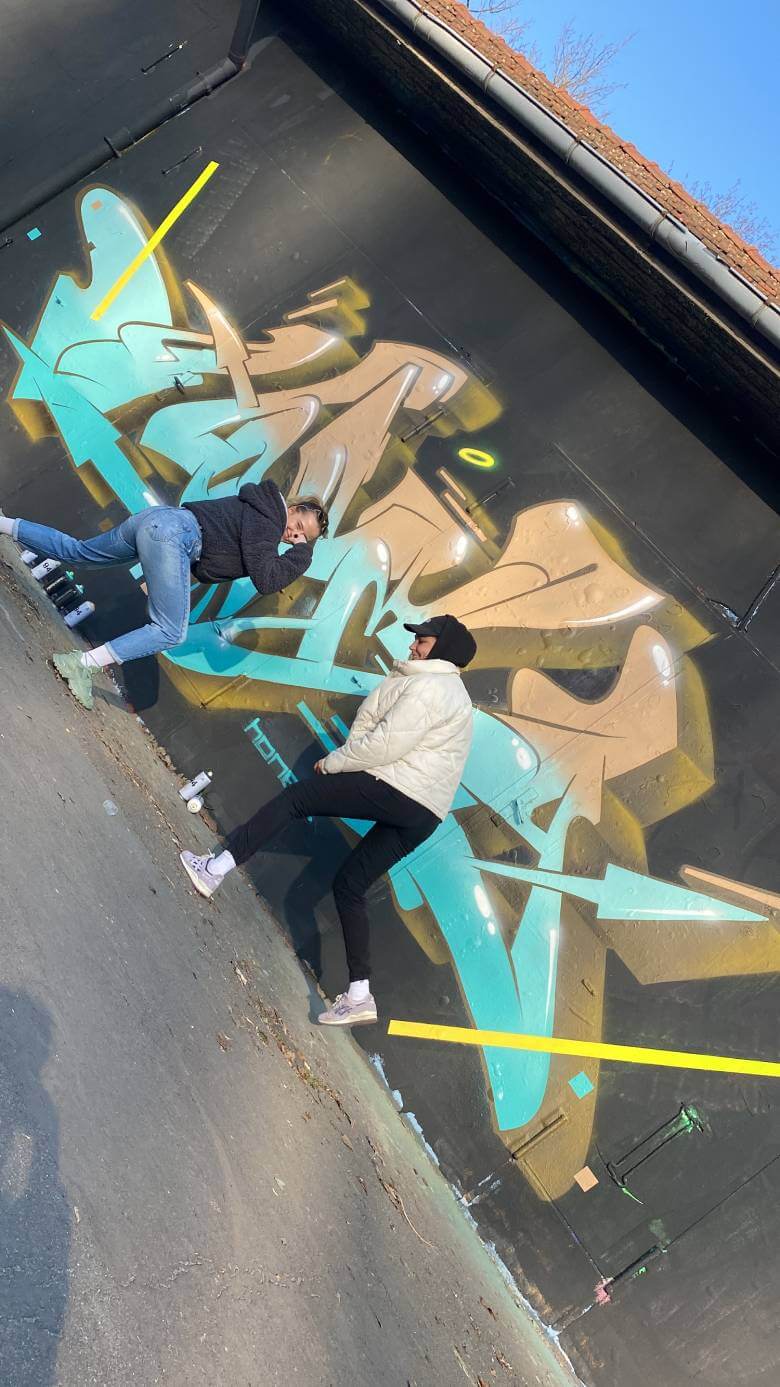 Read what eight international female writers had to say about their experiences on International Women’s Day 2022.
Listen to playlists curated by Asya, Mukie and Glitter Riot here. 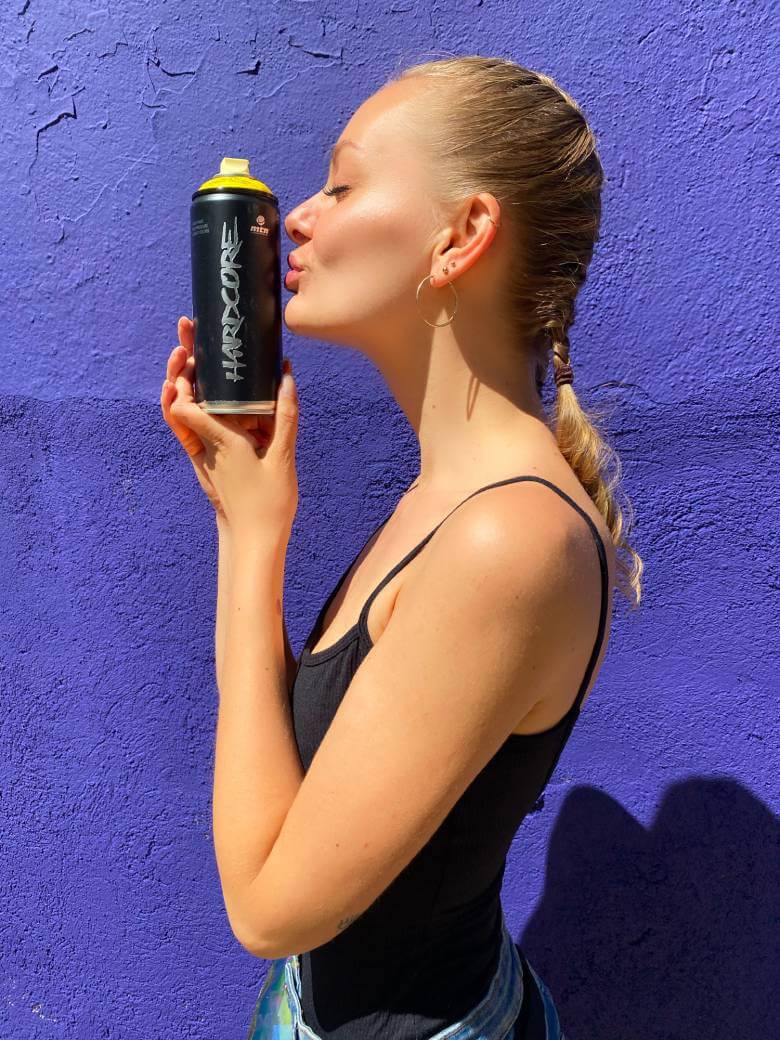