A TRIBUTE TO ITALIAN TRAIN GRAFFITI AT URBANA BOLO

The Urbana Bolo festival is an event that takes place in Bologna, Italy: a city famous for its tradition of graffiti. Cesare Bettini is the head of production who curated the selection of artists.

The main attraction was a spectacular wall measuring more than 100 meters and featured representations of classic regional train models for the esteemed writers to paint panels on.
Cesare – an experienced painter in his own right – had the idea for the wall with the celebrated Italian writer Chob: “We organized our first jam ten years ago,” Bettini explains. “All this time later we still collaborate. It’s our dream job at our dream event, considering the context of the wall.”

“I waited for ten years to have the right context to work with train writers. This is an important goal for Chob and I.”

The train models that serve as the background for the pieces were inspired by the Bologna Centrale train yard which is located just a stone’s throw away from the venue. “We have this historical yard where a lot of very good old-school pieces were painted,” Bettini says. I asked Chob to help connect me with all these old-school writers from the 1980’s to now.” 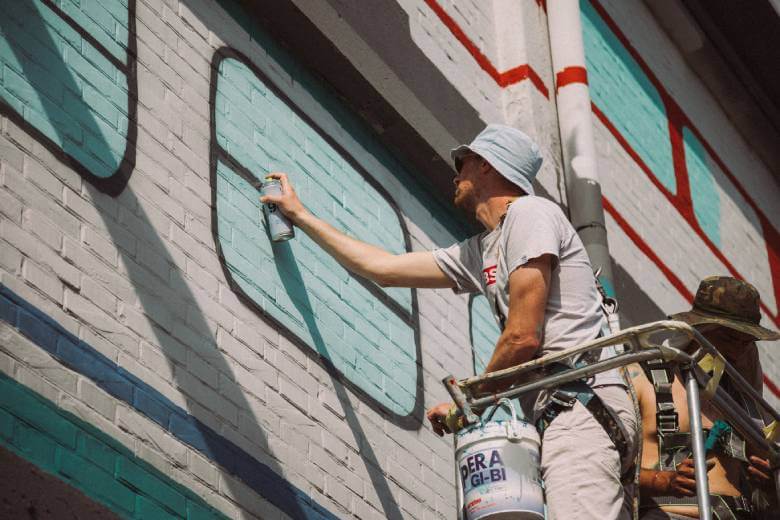 Bettini and Chob went to extraordinary lengths to reproduce the detailed train models that were painted before the arrival of the guest writers. The organizers painted the trains themselves, alongside their assistants Andrea Gianfanti and Maley from RDO Creative Solutions. “Chob and Longe did the train design. We had to do it in a very short time. We only had two weeks, painting with cherry-pickers.” 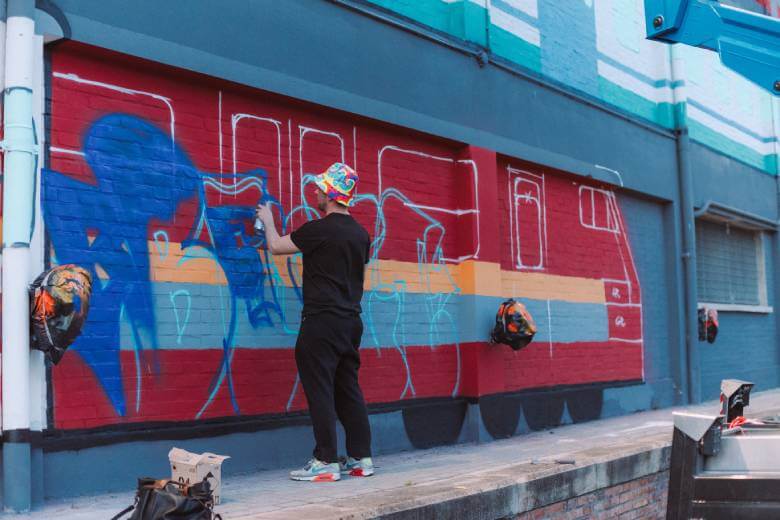 The mural represents a significant achievement for the artistic careers of Bettini and Chob. “I started my career working with figurative artists, not so much with bombers,” he says. “I waited for ten years to have the right context to work with train writers. This is an important goal for Chob and I.”
The list of writers that took part represent a who’s who in the history of international train writing in Europe: Chob, Egs, Uzi, Rife, Longe and Leon. 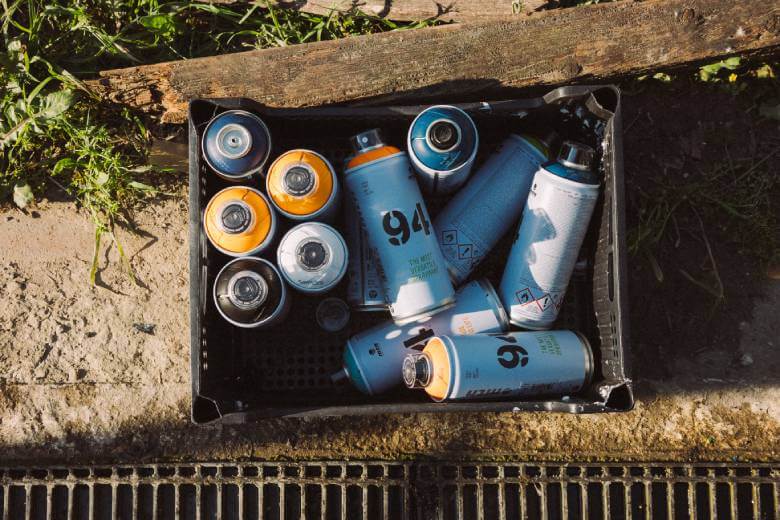 The space was so large that the tribute to Bologna’s rich train writing tradition wasn’t finished during the second year of Urbana Bolo. “It’s a long job and we’re not nearly finished. We plan to finish next year at Urbana Bolo 3,” says Bettini. “There were 25 spots to paint and now there are ten left. We are also going to put details in the background. Other writers are going to join us next year too.” 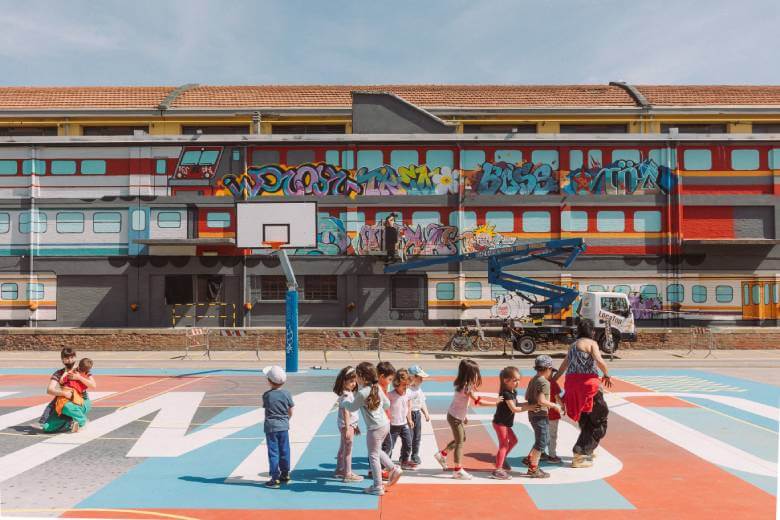 Producing an event on this scale isn’t all about inviting your friends and drinking beers around the wall, as Bettini explains. “We have true souls who work well together. We don’t need anyone who doesn’t know anything and are there just for visibility. We work hard. I’ve been doing this job for ten years and I know when someone works and when someone doesn’t.
“It’s all about art, passion and love. It’s not about money or power.” 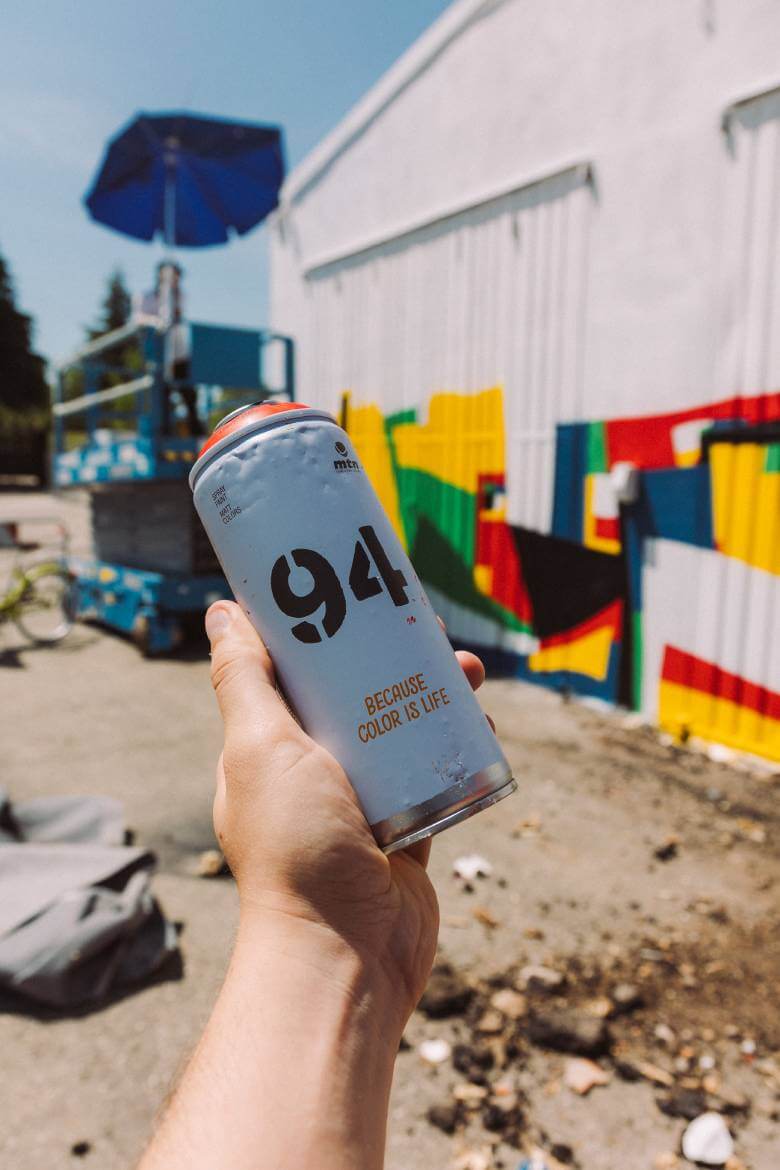 Urbana Bolo 2022 was made possible thanks to Simona Gavioli, DumBO, The Graffiti Bench Shop, Graffiti Shop and Montana Colors.

You can check out the work in progress at the Dumbo Space – an urban regeneration project in the center of Bologna: Via Camillo Casarini, 19, 40131 Bologna BO, Italy.
Read a profile of Chob’s THE crew here.
Check out an interview with Spectrum Store in Milan here.