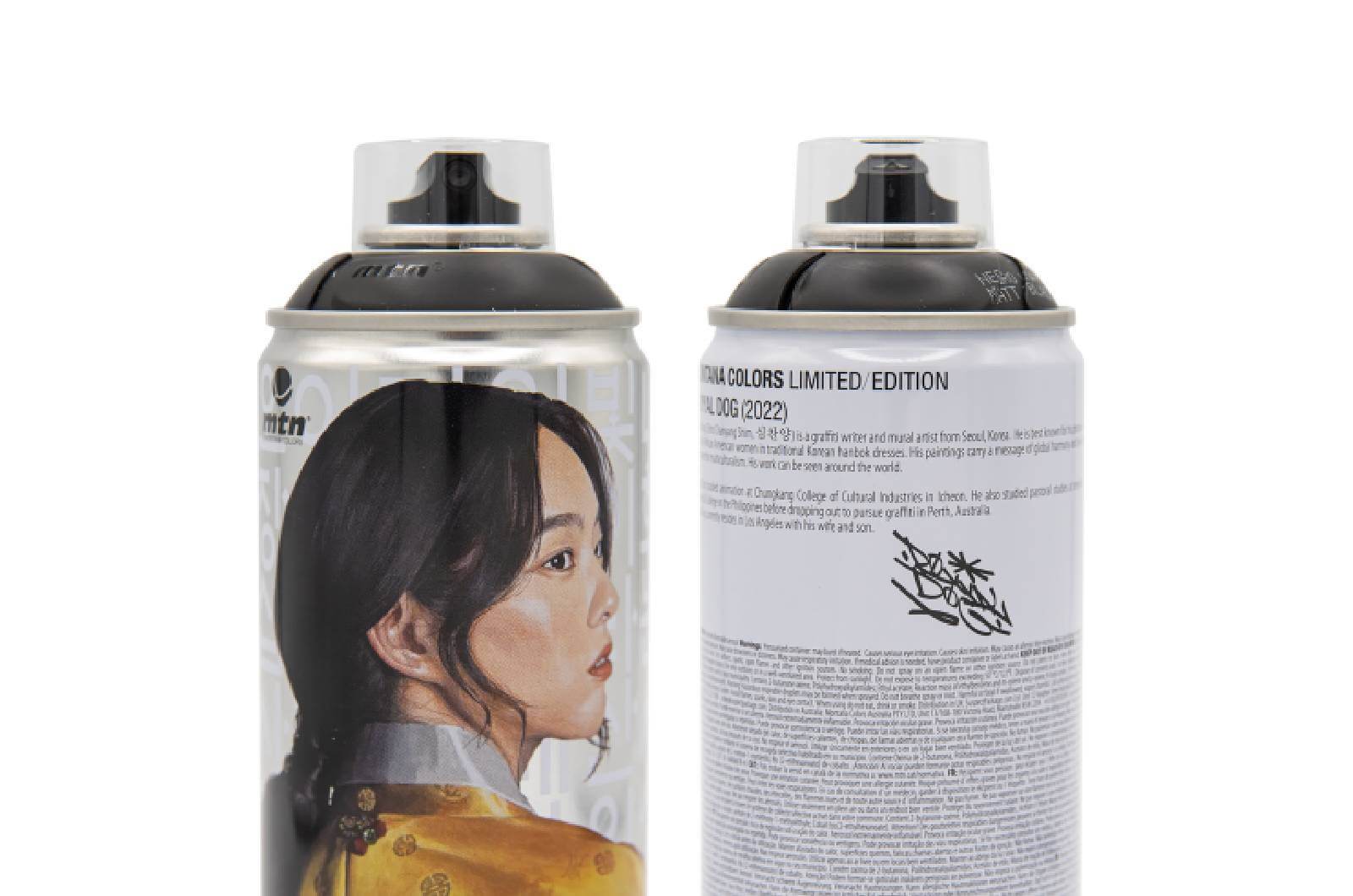 More than one of the greatest contemporary exponents of hyper-realistic graffiti, Royyal Dog is a symbol of the union between cultures that graffiti is capable of producing with a universal artistic language.
This Korean artist has been living in Los Angeles for some years now, a city where he feels at home and where he joined the ranks of The Seventh Letter crew, as well as the collective from Korea, the Rivers crew.
Montana Colors is proud to launch this limited edition can in recognition of the body of work by this brilliant and committed artist and in support of the multiculturalism inherent in graffiti.

Royyal Dog (Chris Chanyang Shim, 심찬양) is a graffiti writer and mural artist from Seoul, Korea.  He is best known for his photorealistic murals of African American women in traditional Korean hanbok dresses. His paintings carry a message of global harmony and have been recognized for multiculturalism. His work can be seen around the world.
Royyal Dog studied animation at Chungkang College of Cultural Industries in Icheon. He also studied pastoral studies at International Evangelical College in the Philippines before dropping out to pursue graffiti in Perth, Australia.
Royyal Dog currently resides in Los Angeles with his wife and son. 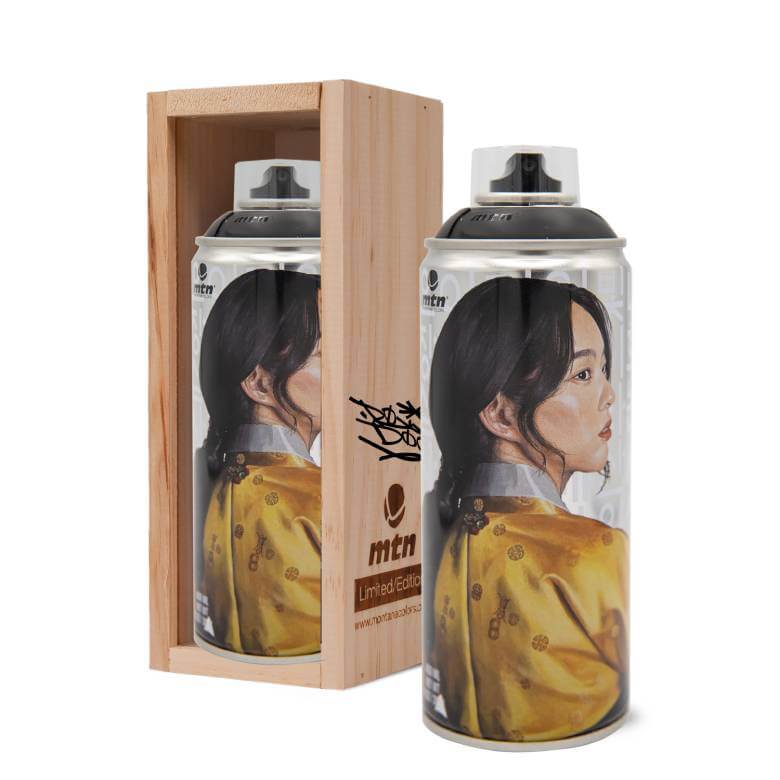