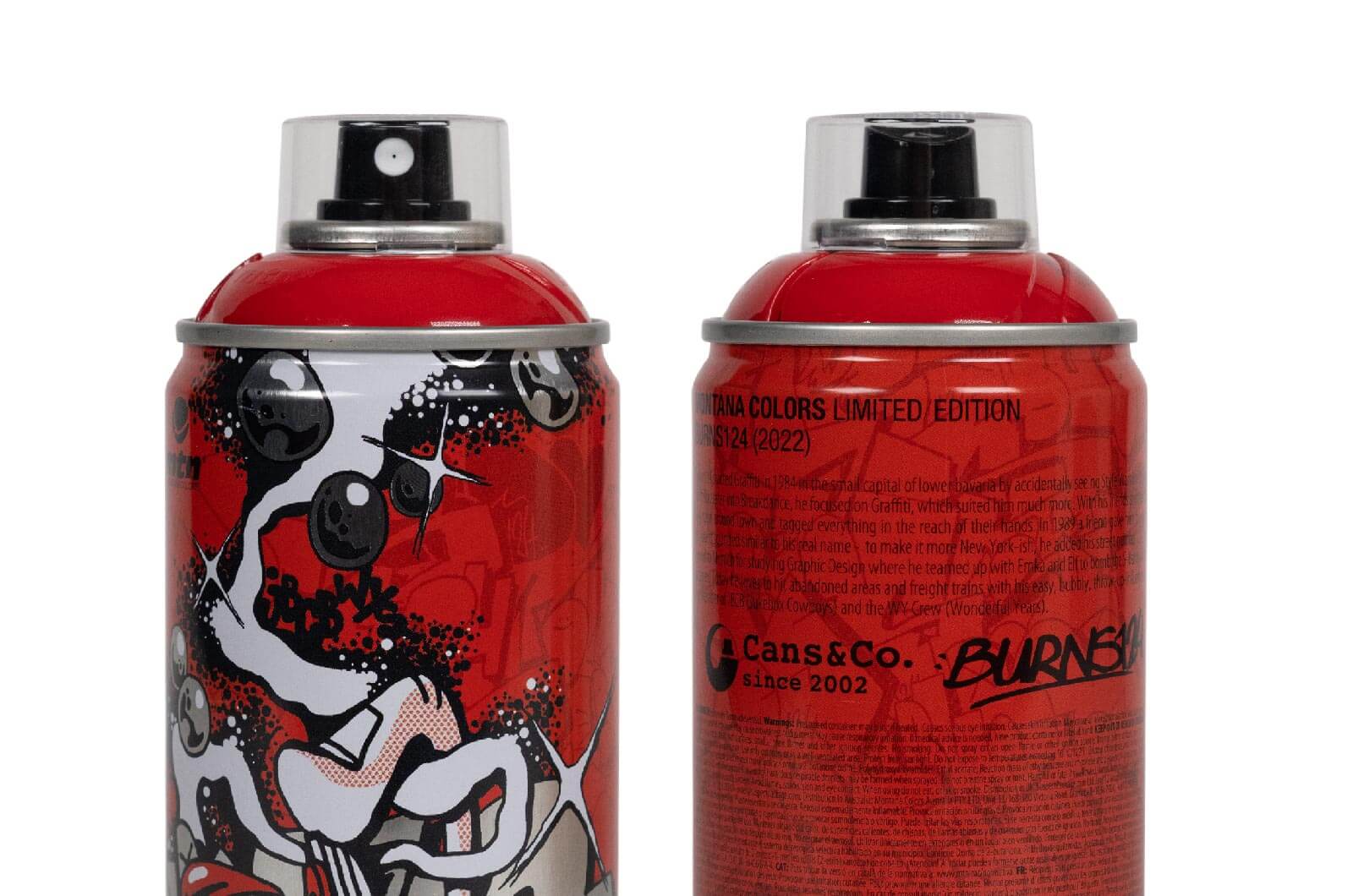 We’ve launched a new MTN Limited Edition to celebrate the 20th anniversary of the Munich Cans & Co store. To give form to this unique tribute, the shop leans to the iconography of a writer close to them — Burns124 from the Jukebox Cowboys collective. In addition to presenting this aerosol collection, we conducted a brief, concise interview with this veteran graffiti writer. 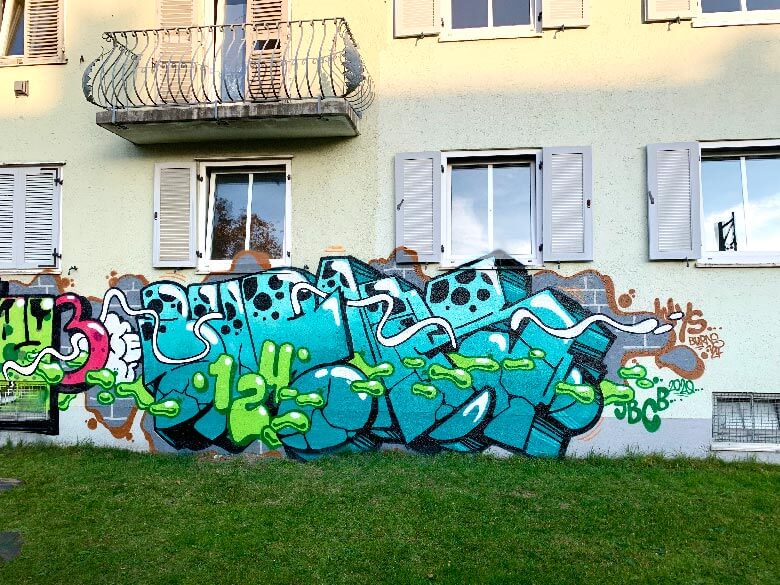 Burns124 started Graffiti in 1984 in the small capital of Lower Bavaria by accidentally seeing Style Wars on TV late at night. In 1989 a good friend gave him his name Burns, because it sounded similar to his real name. To make his tag more New York-ish, he added his street number 124. Later on he moved to Munich for studying Graphic Design where he teamed up with Emka and Elf to bomb the local commuter trains, walls and hall of fames. Today he loves to hit abandoned areas and freight trains with his easy, bubbly, throw-up-influenced Styles. He is a member of the Jukebox Cowboys (JBCB) and the Wonderful Years Crew (WY). 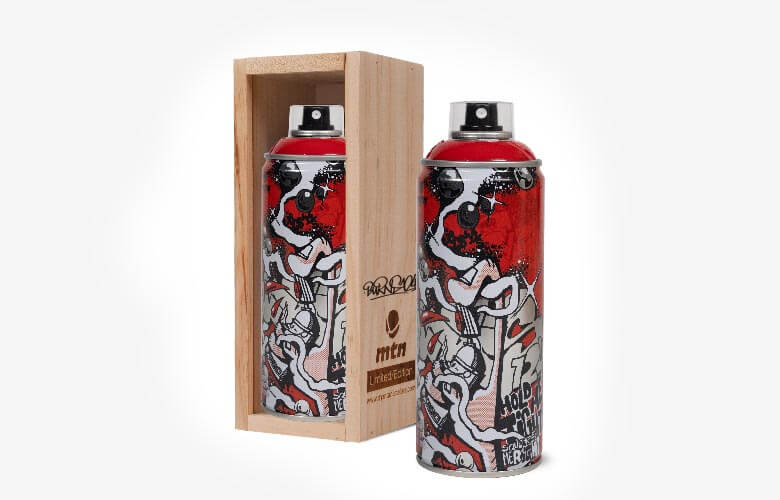 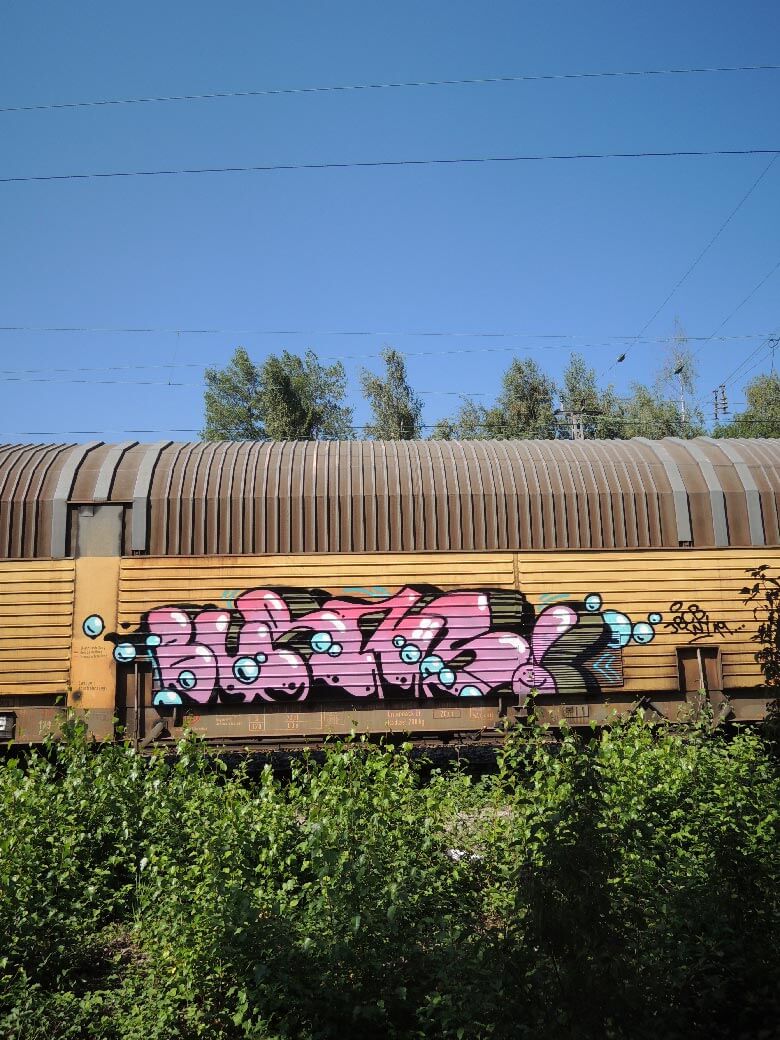 How would you sum up your career as a writer, and your relationship with the JBCB collective?
I started writing in my little hometown in lower Bavaria, pretty early on — after seeing Style Wars on TV and Beat Street at the movies. It must have been around 1984. I first started with my friends doing some tags, later on we did some pieces and since then I’ve never stopped…

“I had to go through a specific ritual first to join the crew.”

I joined JBCB in summer of…damn, I can’t remember anymore…but it was for sure a night I will never forget. Flying Fortress, whom I’ve know for quite some time, asked me if I wanted to join the gang while I was on a short visit in Hamburg. But I had to go through a specific ritual first to join the crew. Due to my age (hahahahaha), I was allowed to cut short. Nevertheless, I was totally wasted the next day.

What role do you play in the Munich graffiti scene?
Well, I really don’t know which role I play or played in the Munich graffiti scene, and I really don’t care about it. I retired from the active train-writing scene some time ago. Somebody else really should answer this question about my standing here in Munich. All I can say is, that I try to do some stuff here and there. Some frights, some abandoned areas, and walls where nobody cares. I don’t like the local Hall of Fames, of which are very few, and some are ruined by some business dudes, who think they do it for the scene, but in my opinion, they just do it for their own sake. It’s a very big shame for Munich, who had once a very high standing in the European Graffiti Movement. 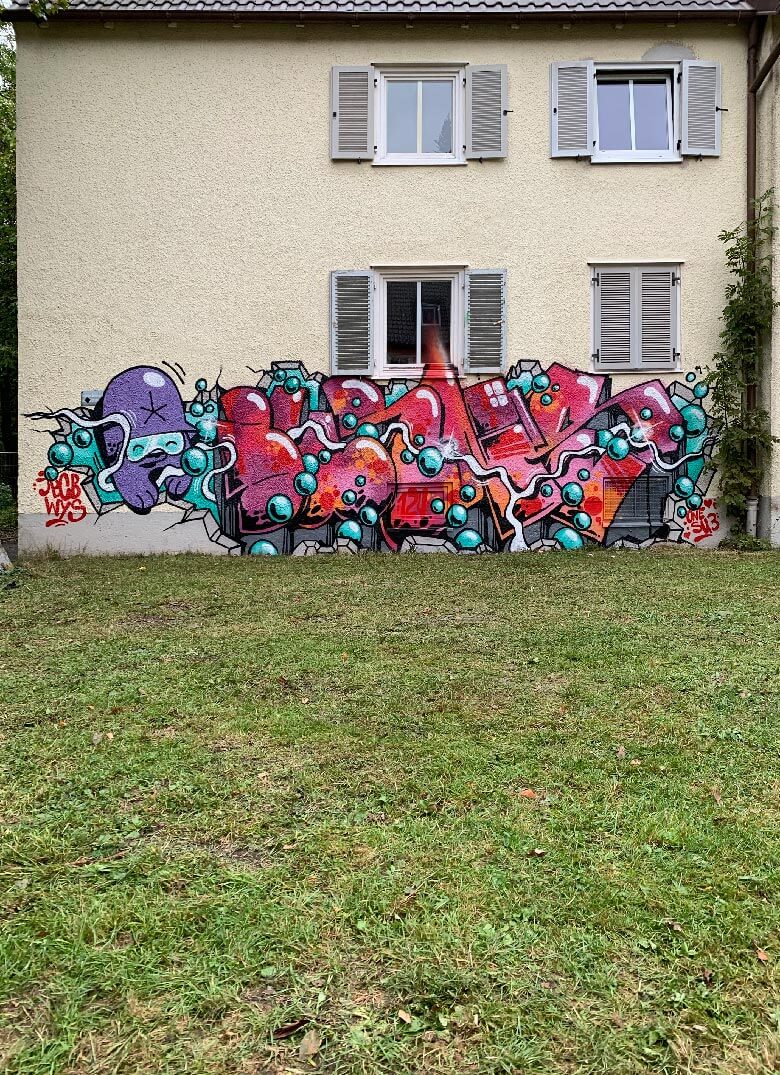 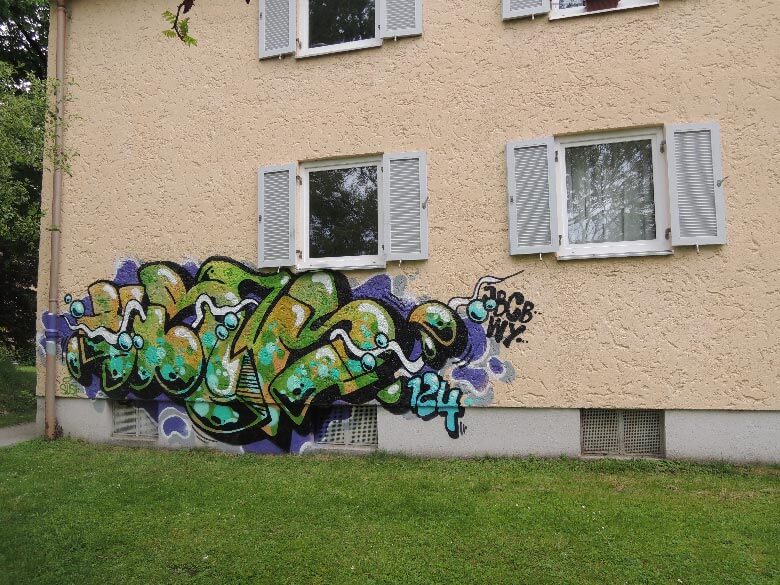 How is your relationship with the Cans & Co point of sale?
Cans & Co was the third graffiti shop in Munich as far as I know. Shop (WY), a good friend of mine, introduced me to Paul, the owner. One day Paul asked me if I’d like to do some graphics for a shirt, sticker or whatever. And since then I’ve supported CnC whenever I can. It’s always nice to drop by and have a little chat with Paul about what’s going on and some random stuff, while buying some cans.

“I felt very, very honored, and on the other side I asked myself — why me!”

How did it feel to take part in the MTN Limited Edition?
Ahhhm. Yeah! To be honest, it was awesome! I felt very, very honored, and on the other side I asked myself — why me! There are way more other people deserving to be presented on a Limited Edition can. But then again, why not me! It could be worse (hahahahahaha)! And it is like having your own signature skateboard deck. OK, it’s for the shop’s anniversary, but I think we found a way to present both sides. The 20th anniversary and me as the artist. Thank you a lot for this once in a lifetime opportunity! 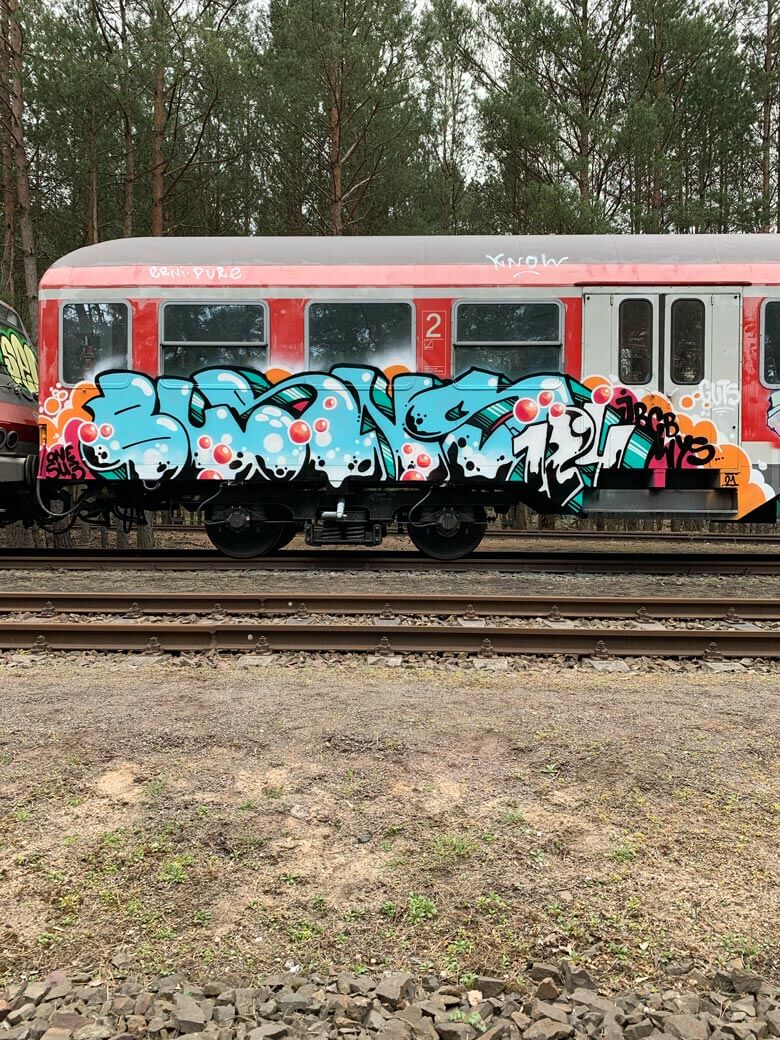 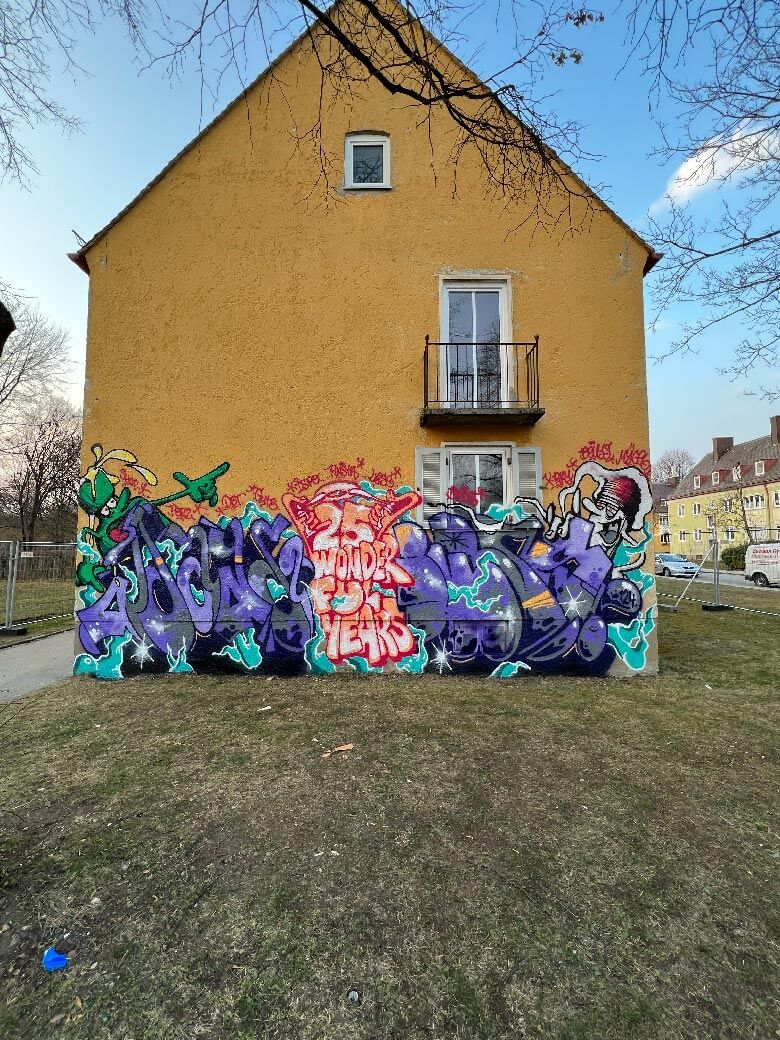 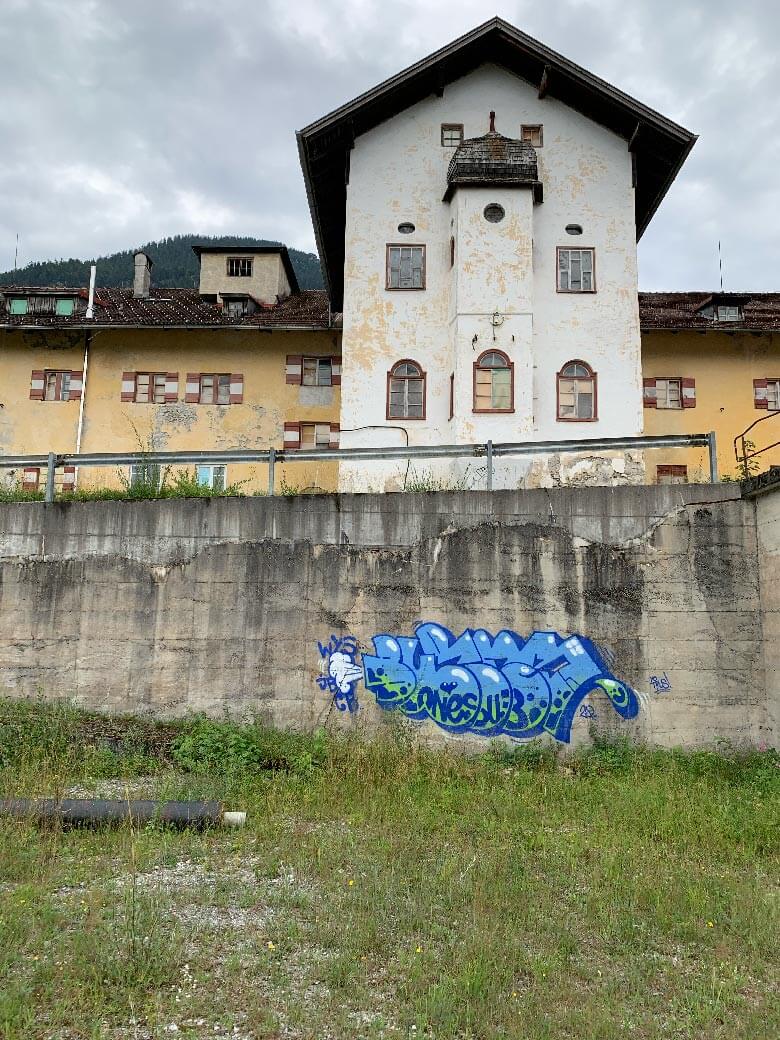